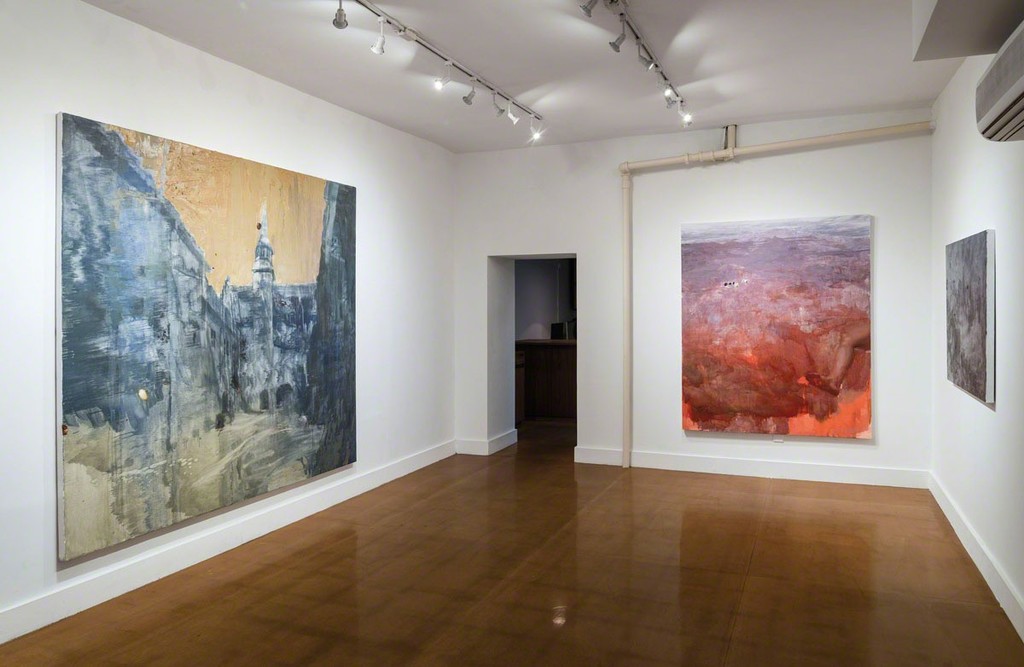 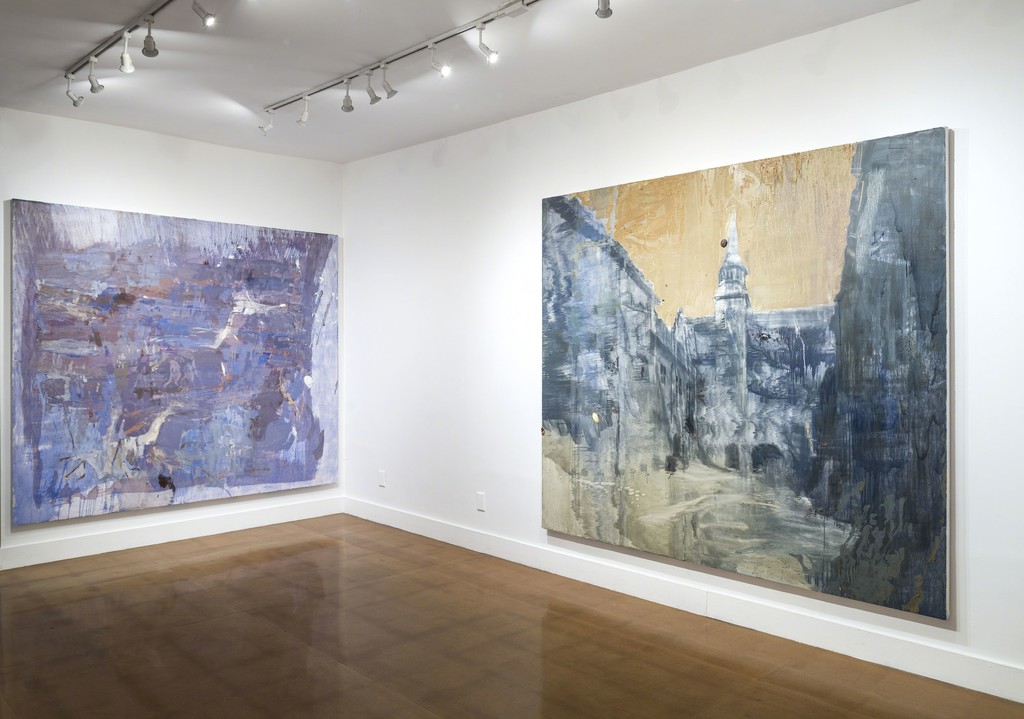 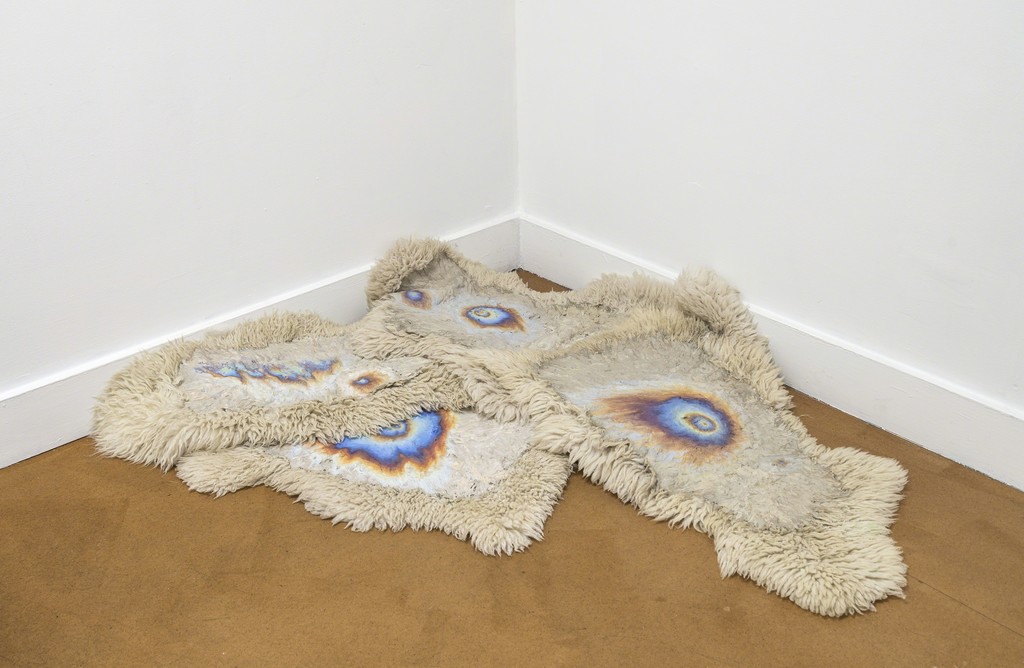 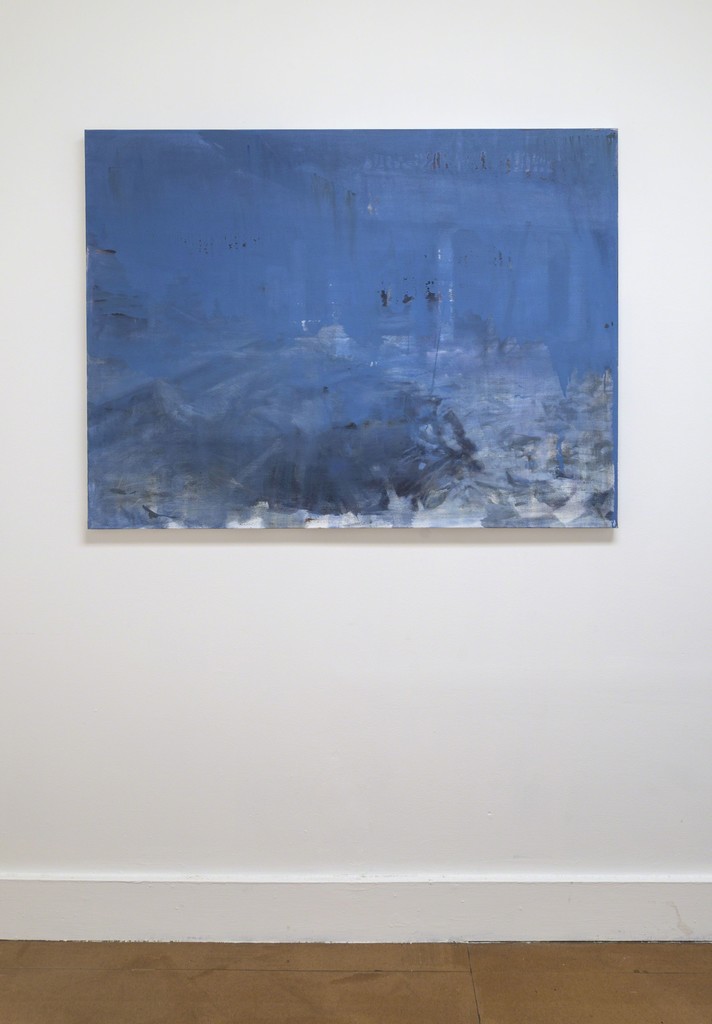 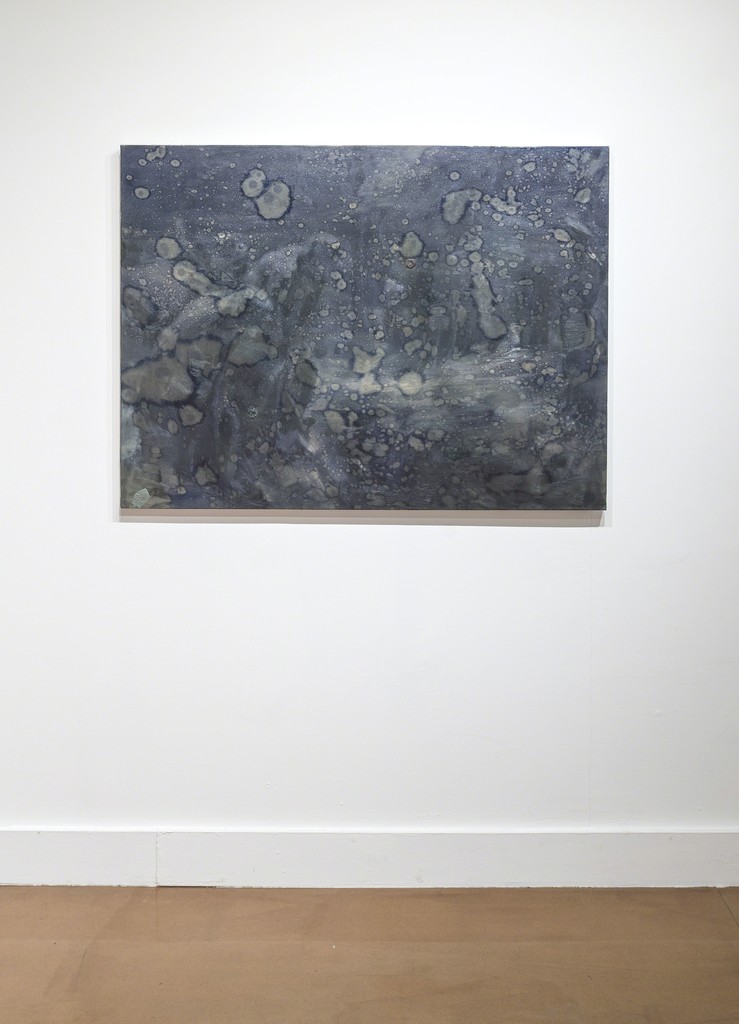 Blackston is pleased to present Off the Bone, Hanneline Røgeberg's second solo exhibition with the gallery.

What happens when an artist approaches a painting without plan or method, working against her skill, letting accident and incident overgrow the depicted image? -- Glenn Ligon

Røgeberg's painting is complicated, fierce and enlivening. While she is deeply involved in the material challenges of painting, her work is rooted in overarching concerns with the larger picture. It privileges content that operates in the world rather than in self-reference, while always implicating the impurity of both arenas.

The exploration of the fallibility of rhetorical systems reverberates in each of Røgeberg's new large-scale and smaller oil paintings, which continue to resist clear assignation to abstraction or representation.

Concrete points of departure -- traumatic historical events, the collective nostalgia and cultural narrative of her native Norway, corporal gestures associated with revolution and overturn -- operate as underpinnings in recent work. Loaded content is then stripped of its perceptual boundaries so that the viewer perceives abstracted, interruptive markings, punctures and traces - veils of history, memory and social legacies (gone wrong and forever irreconcilable). A leg, a mountainside, a building's spire: what remains evident to the viewer alludes to the murkiness of systems and symbols -- an ironclad unreliability of image.

Røgeberg's work resists easy definition: it asks the viewer to simultaneously engage in its mastery and its taut, effective and original narrative about painting, process and language. Her practice combines a command of, and dispensing with, European painting tradition, and an earnest application of its processes toward a problematized contemporary painting.

A catalogue has been produced in conjunction with the exhibition, with an essay by Glenn Ligon.

Hanneline Røgeberg has exhibited in solo shows at the Contemporary Art Center in Cincinnati, the Vancouver Art Gallery, the Henie-Onstad Kunst Center and at Dortmund Bodega, Oslo, in 2011, as well as group exhibitions at the MIT List Center, the Whitney Museum of American Art, the Aldrich Museum of Contemporary Art, the American Academy of Arts and Letters and a four-person show the Richmond Museum, Virginia, in 2009. She has received an NEA grant, a Guggenheim fellowship, an Anonymous Was A Woman grant and an OCA grant.

She is a professor of art at Rutgers University and previously taught at University of Washington, Cooper Union, and Yale University. She was a visiting artist at Skowhegan School of Painting and Sculpture in 2009.

Røgeberg received her MFA in Painting and Printmaking from Yale University and a BFA in painting from San Francisco Art Institute, and also attended Skowhegan. Røgeberg's work has been written about in publications including The New Yorker, ArtNet, The New York Times, The Washington Post and The Los Angeles Times.

She lives in Brooklyn, New York and Oslo, Norway.