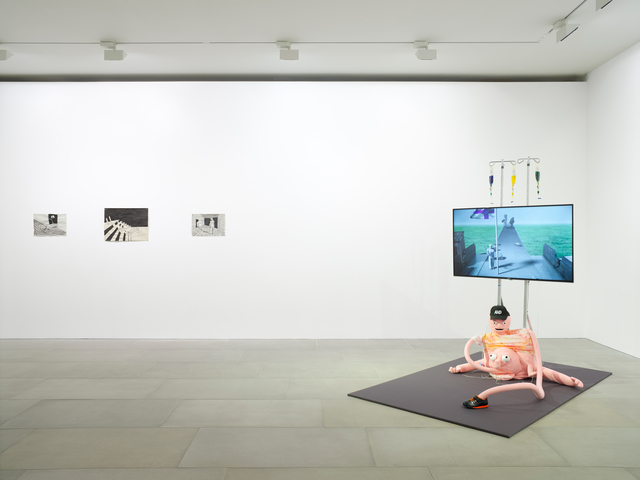 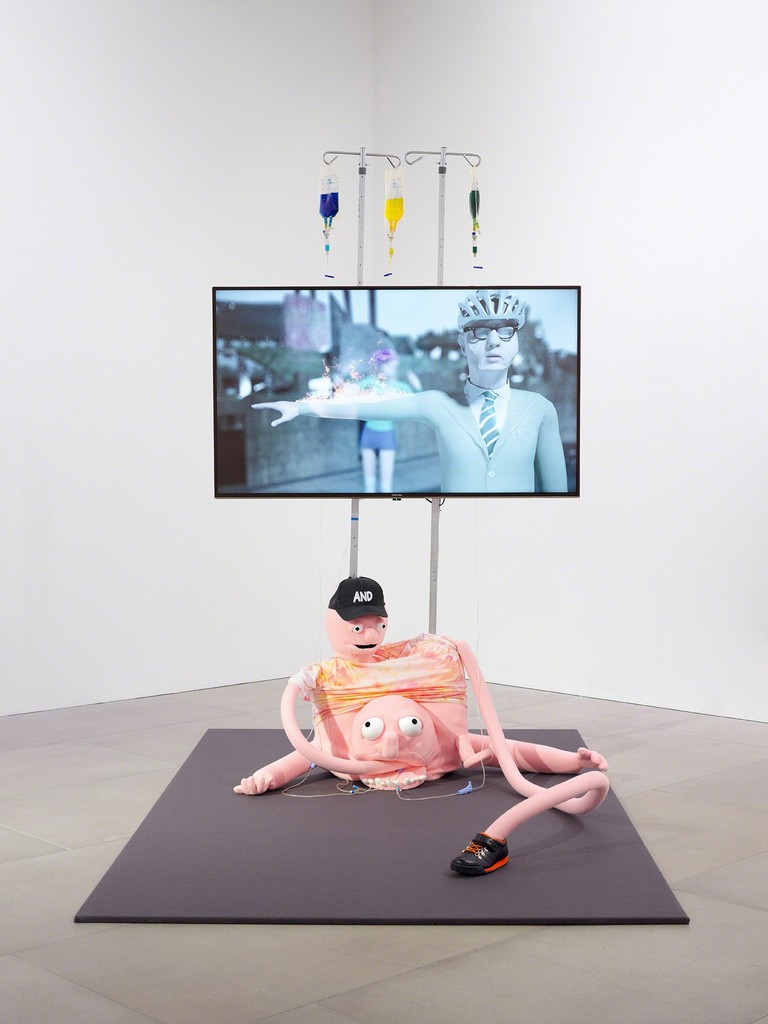 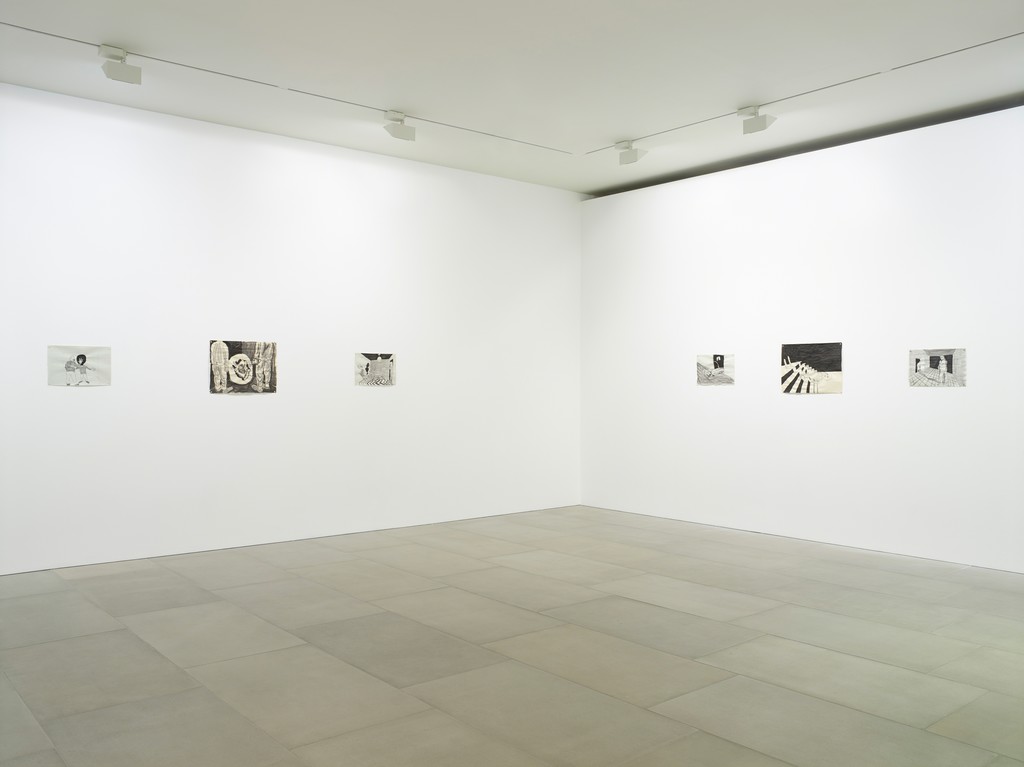 For his first solo exhibition in the United Kingdom, Erkka Nissinen presents nine new ink drawings, in which he trains his characteristically absurdist humour on the subject of surveillance and shame. The setting for these works is a series of bare, windowless rooms, all of which seem to belong to the same sprawling, Kafka-esque facility. Here, men indulge in various kinks (urophagia, autofellatio, disappearing up to their necks in the rectum of a pig), observed either by anonymous, silhouetted onlookers, or their own horrified wives and kids. In other images, these men become subject to seemingly arbitrary arrest, interrogation, and cartoonish punishments. Notably, there does not seem to be any kind of clear, central authority in this nightmarish world ­– nobody wears a uniform, indeed even trousers seem to be largely optional. Rather, like some endless, angry, online discussion, civilians police civilians, and public humiliation (and perhaps the odd, scorched-earth freedom that entails) feels always a heartbeat away.

Nissinen’s exhibition also features the latest manifestation of The Aalto Natives (2017-18), a film and multimedia installation made in collaboration with Nathaniel Mellors, which was first shown at the Alvar Aalto-designed Finnish Pavilion during the 2017 Venice Biennale. An absurdist ‘comic-cosmic’ satire on, among other things, national creation myths, the ‘Aalto Natives’ introduces us to a pair of unlikely absentee deities (the talking egg Gebb and the box-headed Atum), who we’re told were responsible for terraforming Finland many millennia ago and have now returned to see how its civilization has developed in the intervening years.

Here at Blain|Southern, The Aalto Natives takes the form of an integrated sculpture / video work, combining Muppet-like figures, hospital drips, and an HD screen showing a key chapter from Nissinen and Mellors’ film. Through a dizzying combination of representational registers (including drawn animation, analogue puppetry, 3D rendering and live action), we see Atum go about his fact-finding mission, encountering everything from a group of depressed, permanently cycle helmet-clad townsfolk, to a headless figure who speaks out of his anus. Colliding tropes from archaeology, anthropology, and hallucinatory science-fiction, the result is a sly and often hilarious mediation on nativism and intolerance, on the fallacy of ‘progress’ and art as a social good.