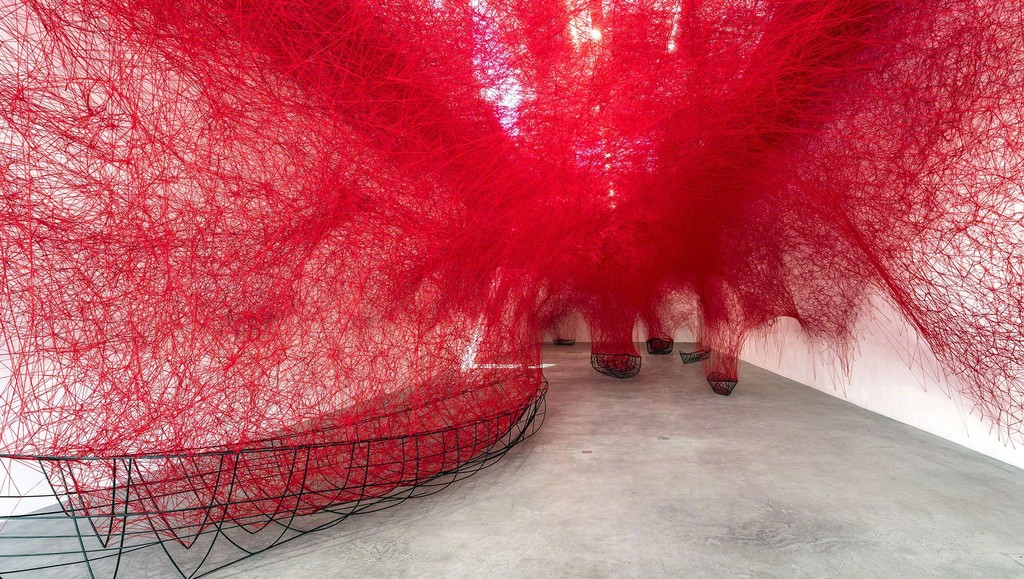 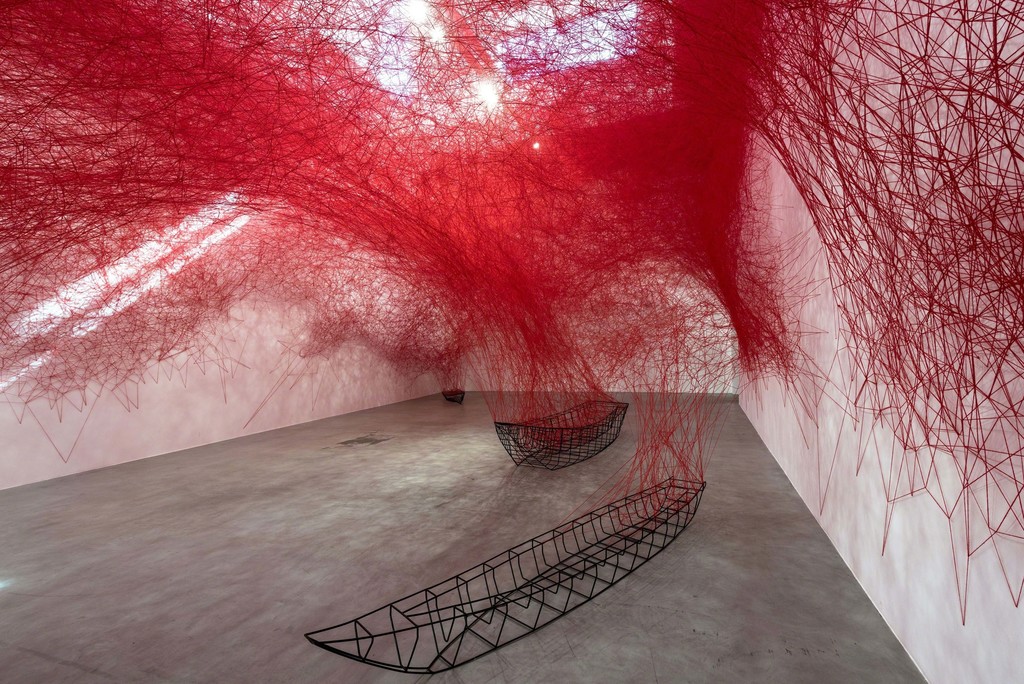 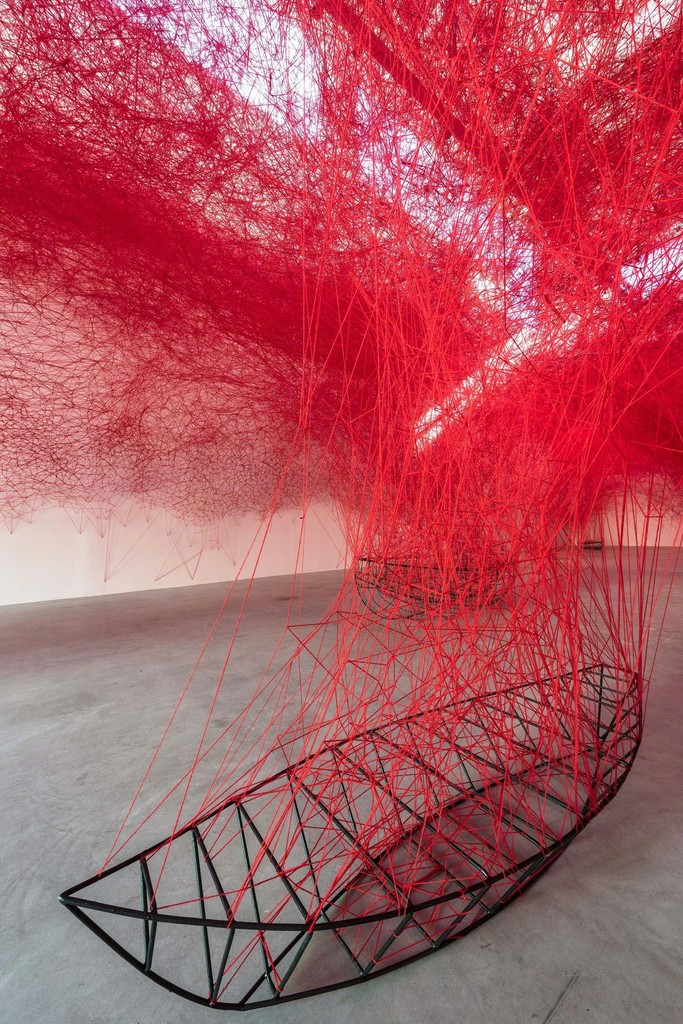 For her first exhibition with Blain|Southern, Chiharu Shiota will create a new site-specific monumental installation in the Berlin gallery, eight years after she last exhibited in her home city.

Shiota is primarily known for her immersive installations, such as The Key in the Hand, with which she represented Japan at the Venice Biennale in 2015. Weaving intricate networks of yarn, the artist creates new visual planes as if she were painting in mid-air.

Uncertain Journey centres around one installation that dominates the gallery’s vast central atrium. Seemingly growing from above, a dense web of red yarn reaches down towards the skeletal hulls of boats which rest on the gallery floor below. The colour of blood, the nexus of yarn is laden with symbolism, for the artist it alludes to the interior of the body and the complex network of neural connections in the brain. Enclosed by the canopy overhead, the boat carcasses raise existential questions of fate and belonging, evoking ideas that can be as complex as the tangled yarn itself.
The gallery’s second floor mezzanine offers an alternative perspective, a bird’s eye view, several steps removed from the psychological weight of the entanglement below. On this floor in the Long Gallery, new two dimensional thread-on-canvas works further explore the ideas used in the main space. Shiota studied painting early in her education but restricted by the use of canvas and paint, she proceeded to push against the definitions of the medium. At first using her own body in performance pieces, she later began to use thread as a mode for formal and conceptual expression; it allowed her to remove her physical presence yet still address the corporeal ideas that are central to her practice. Her canvases can be viewed as this journey coming full circle.
Her explorations of space, objects, material and scale continue with a series of new works where networks of yarn, thread and found objects, connect within frames reminiscent of doll’s houses and scaled down buildings.

Shiota has been commissioned for set design and artistic direction for many opera and theatre productions. This includes several productions with Theater Kiel including forthcoming productions of Shakespeare’s, A Winter’s Tale in October 2016 and Wagner’s Siegfried in March 2017.