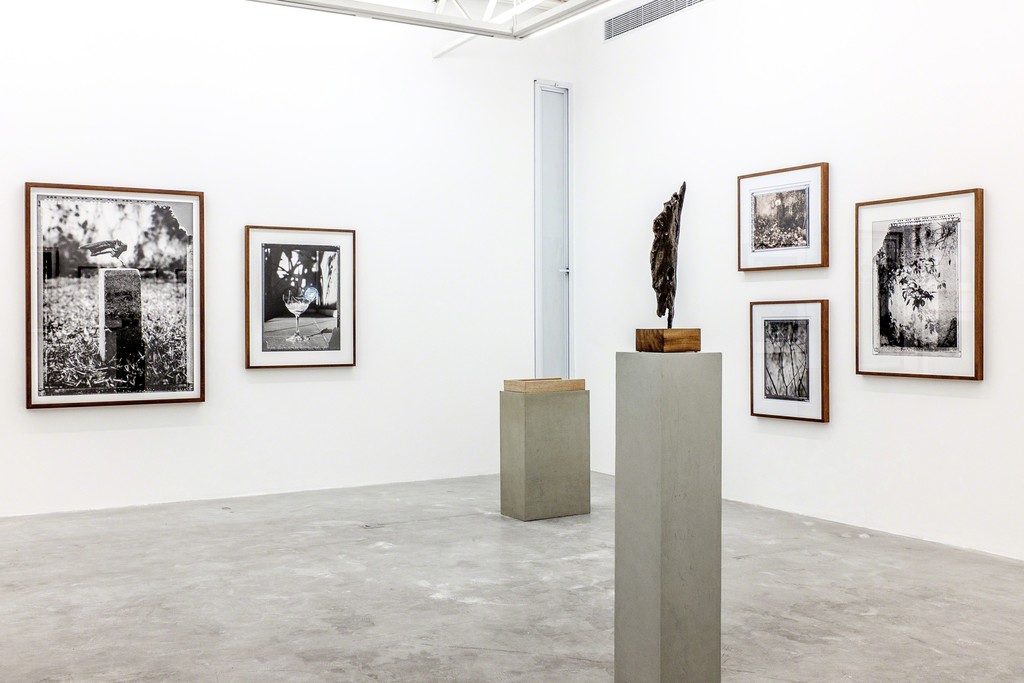 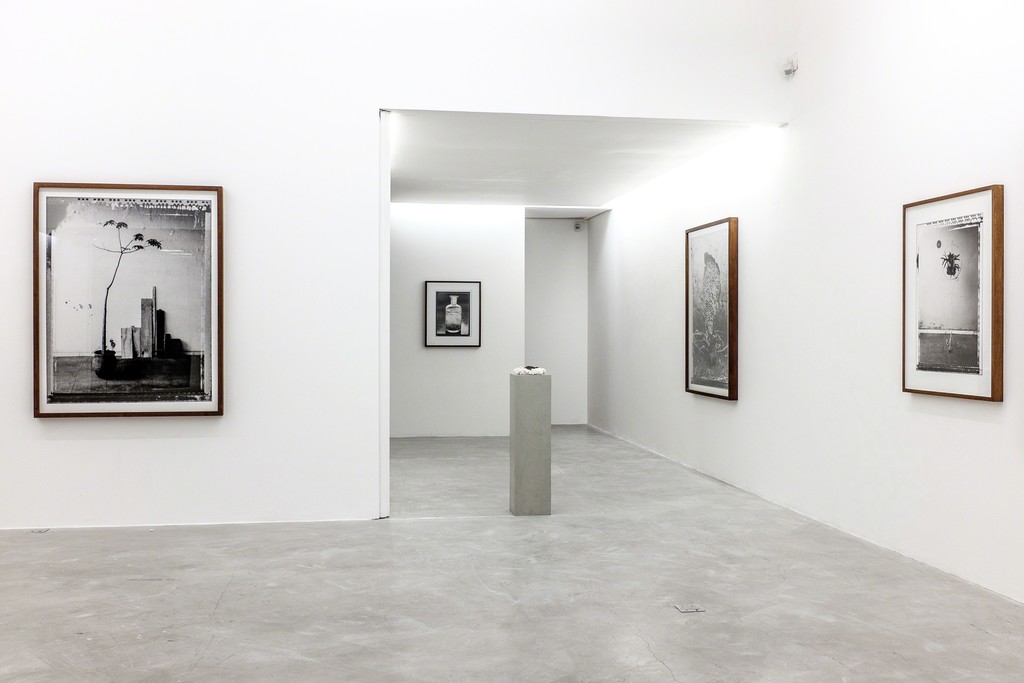 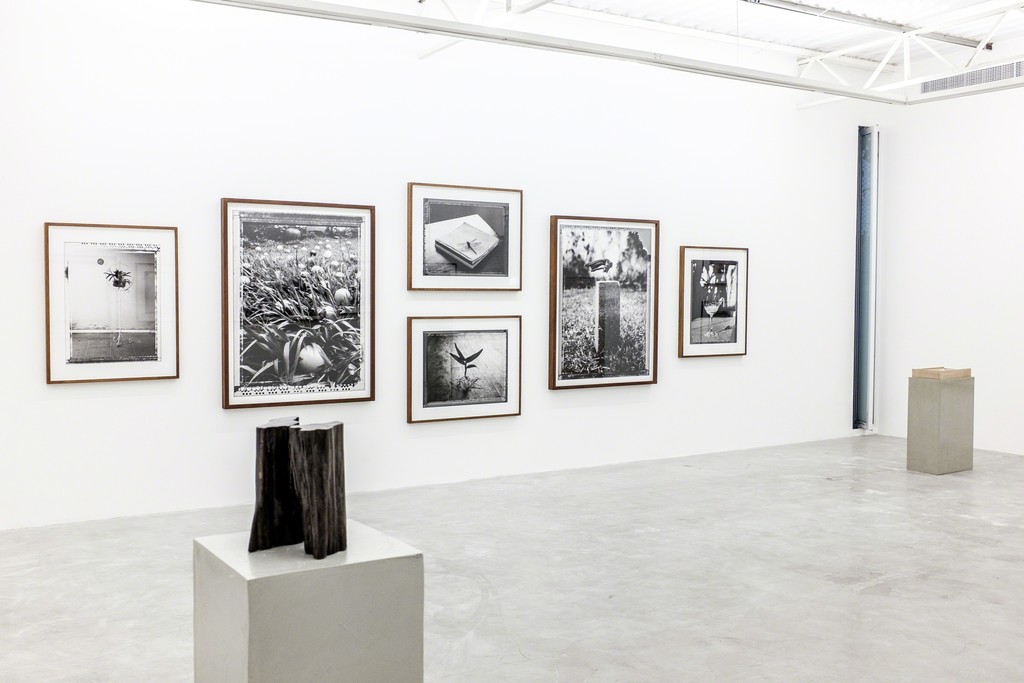 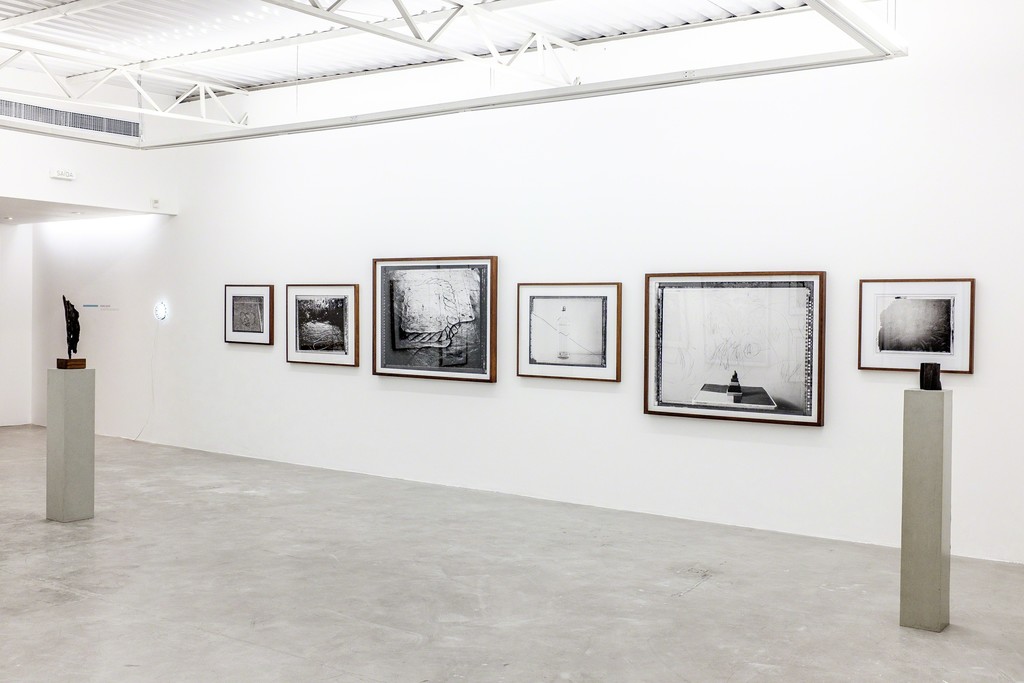 With 18 photographs and three bronze pieces, the gallery Blau Projects opens the exhibition 360 Square Meters, by artist Pedro David. The photographer from Minas Gerais has won many awards, among them the one from the prestigious Fundação Conrado Wessel, and has exhibited his works in various countries. Unseen in Brazil, this set of photographs shows his intimate universe with sculptural pictures taken at his place, in Belo Horizonte. The critical text of the exhibition is signed by curator Agnaldo Farias.

Having exhibited in 10 countries, the photographer dives into his private universe for this show. "I was always a travelling photographer, but after I had kids, I decided to turn to a more intimate space", says the artist. In this case, the space is his own house, of 360 square meters (the name given to the exhibition), on the surroundings of Belo Horizonte, in a neighborhood called Vale do Sol (Sun Valley), in the municipality of Nova Lima, in the metropolitan region of the city.

This series is a continuation of the work developed by the artist since 2008, with For Rent, made in incursions to apartments offered for lease, when he was searching for a place to live. Soon after he moved in, the photographer starts to collect and photograph objects that appeared in the service area of the apartment, creating the series Things Falling From the Sky, in 2009. In 2010, he photographed his mother's belongings, soon after her death and before emptying the apartment where she lived, for the works of Last Home. Between 2010 and 2012, he makes the series The Garden, where he shoots different kinds of occupations in the region where he lives, in the suburbs of Belo Horizonte.

Private World
Inspired by the tale On Rigor in Science, written by Jorge Luis Borges in 1935, in which the author imagines a map so detailed that it would get to be of the natural size of the territory, Pedro David starts the series 360 Square Meters between 2012 and 2013. After shooting his neighborhood from a traveler’s point of view, the artist decided to try out the metonymical capacity of photography to it's maximum, searching for an outsider's look in his own house. "I wanted to observe the world from this point of view, and express myself on contemporaneity through images created in this environment", explains the artist.

The artist uses a large format camera, most utilized among landscape photographers, and a Polaroid 55 film, that is no longer made. According to him, the intention is for the photographs created by this extinct film to suggest an archaeology of an also extinct or fictional location. "I was always a collector of objects. In this case, I'm searching inside a circumscribed space. I look to resignify the objects in my house, a lot of them without utility, or dead objects, and create sculptures to be photographed", says the photographer.

"I think these images can materialize a sensation that the fragile, the shielded intimate environment, may also be evolving towards its extinction. I want to generate in the spectator a space and time confusion, a sensation of an image out of its time, unexpected in a photography said contemporary", says Pedro, that has works in important public collections such as the one at the MAM-SP, the one at MASP, the one at Museu Mineiro and the one at the Musée du Quai Branly, in Paris.

The series 360 Square Meters was made with resources of the XII Prêmio Funarte Marc Ferrez de Fotografia de 2012 (XII Funarte Marc Ferrez Award of Photography of 2012), and of the scholarship Photoquai Residencies, given by Musée du Quai Branly in 2013. It was awarded the I Prêmio Nexo Foto (I Nexo Foto Award), in Madrid in 2014, and participated in collective shows in the 16th edition of Festival Atlanta Celebrates Photography, in the USA in 2014, in the 4th Singapore International Photography Festival, in Singapore in 2014, and in the VI Fotofest International Discoveries, in Houston, USA, in 2015. It also was shown in individual exhibitions at Galeria Astarté, in Madrid, Spain, in 2014; and at Blue Sky Garden, in Portand, USA, in 2015.

Pedro David
The photographer born in Santos Dumont, Minas Gerais, in 1977, has graduated in journalism at PUC-Minas. He has a post-graduation degree in visual arts and contemporaneity by Escola Guignard - UEMG, from 2002. He has exhibited his work solo in various Brazilian cities, but also in Germany, Argentina, Bolivia, Spain, the United States, France, the Netherlands, Mexico, Dominican Republic and Uruguay. Among the awards he received are the Prêmio Itamaraty de Arte Contemporânea (Itamaraty Award of Contemporary Art), in 2012 and 2013; the Prêmio Fundação Conrado Wessel de Arte (Conrado Wessel Art Award), in 2012; the Prêmio Brasília de Arte Contemporânea (Brasília Award of Contemporary Art), in 2012 and 2015; and the Prêmio Especial do Salão de Arte Pará (Special Award of the Pará Art Salon), in 2013.

Services
Opening of the exhibition 360 Square Meters, by Pedro David
Saturday, June 11
From 12h to 19h
Until Friday, July 8

Parking close to the gallery
Working hours: from Tuesday to Saturday, from 11h to 19h
Free entrance
Disability access