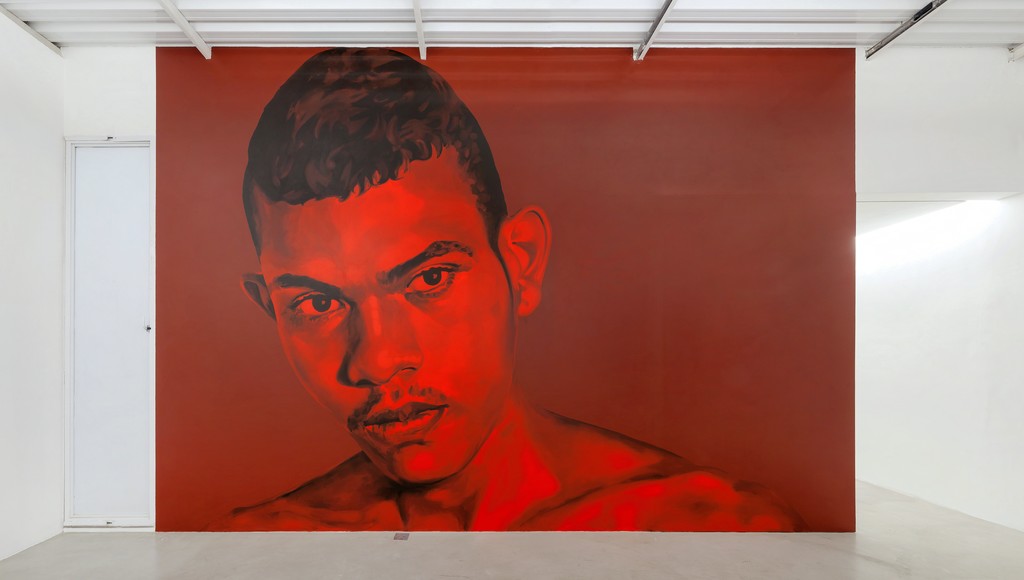 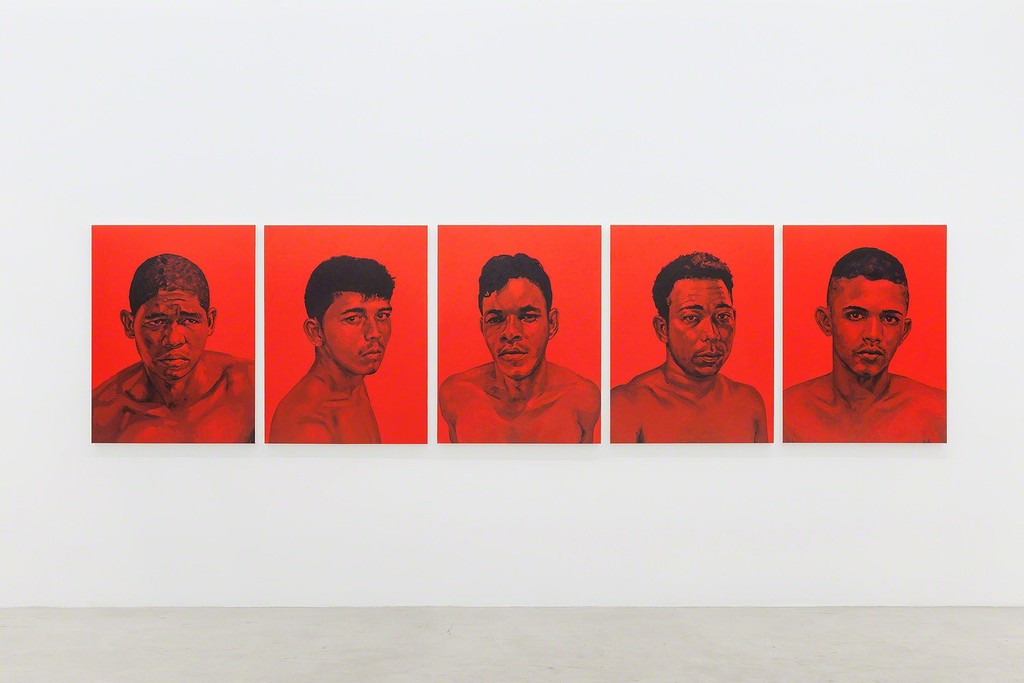 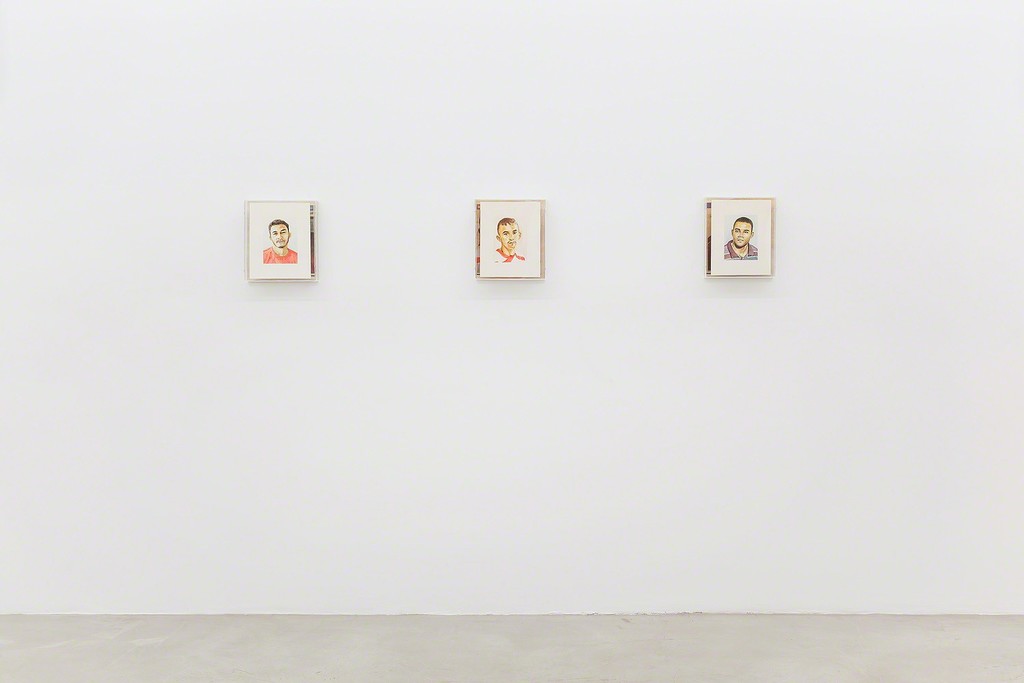 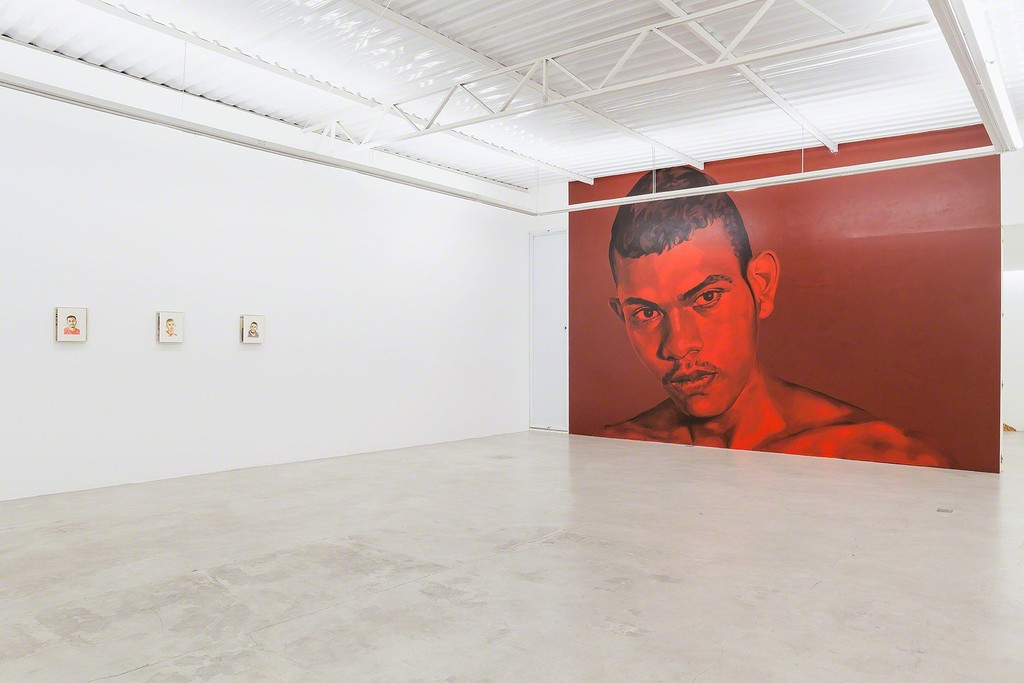 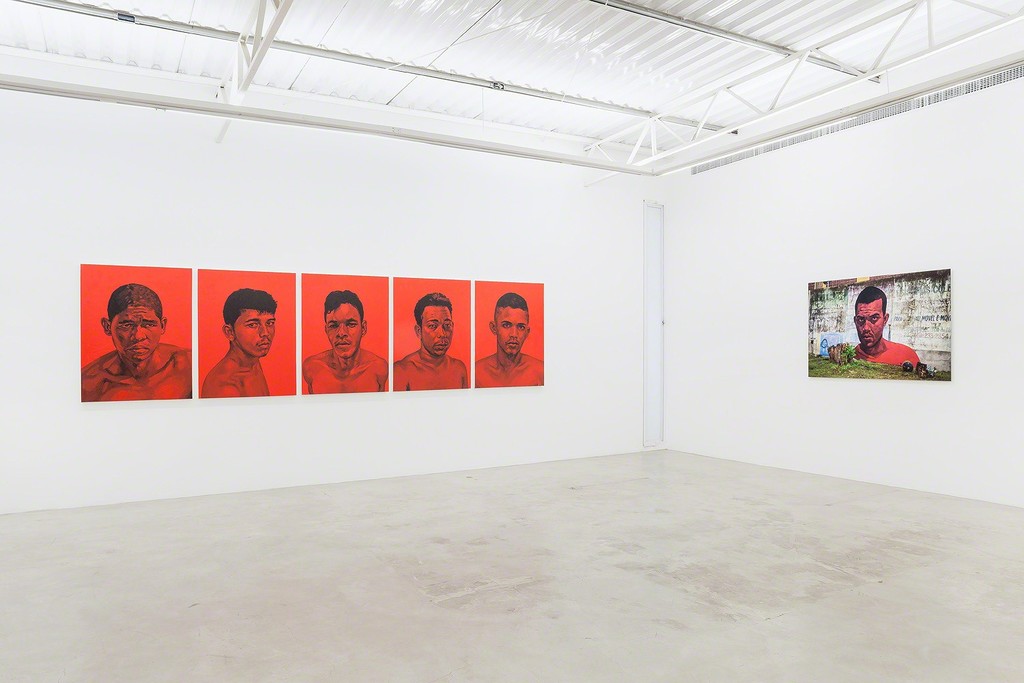 After being featured in 31st Bienal of São Paulo, Pará-born artist Éder Oliveira will have his first solo exhibition in São Paulo. Opening August 29th at Blau Projects, he presents the exhibition Páginas Vermelhas, with about 10 new works, including paintings, objects and photographs.

The exhibition has photos and pictures mostly of common people, but with something different: the artist paints anonymous people’s faces who were published as suspects in police pages of Belém’s newspapers, where he lives. “Here in Belém we still have a session called Police in the newspapers. And the faces of the suspects are highlighted and usually have headlines with puns and jokes’, the artist says.

Éder also has a peculiarity: he is colorblind. He sees a reduced color palette and, because of that, many times his paintings are monochromatic, like the paintings made for this exhibition, which are all in shades of red, without using black, as the images suggest. ‘In college this was harder, but as I accepted myself, the daltonism transformed itself into something to be explored in painting’, he says.

One of the things that brought the artist to paint these faces in the way they are portrayed in the newspapers is his discomfort by the fact that they are always black, caboclos, mixed race and native, who are judged easily as criminals. ‘These columns form a criminal ethnography, of the marginal”, he says “First I wanted to
to make portraits of the amazonian man in my work, and to my surprise I saw that the Amazonian man is portrayed in the crime pages of newspapers, much more than in other types of publications or media’, he says. ‘This reality is confused with my own history, because I come from the suburbs to live in the big city and make my life after the outskirts’.

The artist is conscience of the political tone his work reaches. ‘My art relates a lot with what always happens in Brazil, which is the subjugation of a class, particularly the working class and the poorer people. I speak of the social issues of political nature. Inequality is evident, but hidden at the same time, I try to pay attention to other people, to their values, and portray them. There is a universe of things that contained beyond the skin, the ethnicity and the race. The Amazonian man, a figure I am used to portray always, has values that don’t fit the capitalist system and, because of that, is excluded. I try to oppose this, only to portray him so he can have a voice’.

Opening of the exhibition Páginas Vermelhas, solo show of Éder Oliveira
Opening: August 29, from 12AM to 7PM
Free parkign service
Exhibition period: from September 1st to October 3rd
Tuesdays to Saturdays, from 11AM to 7PM
Free entry