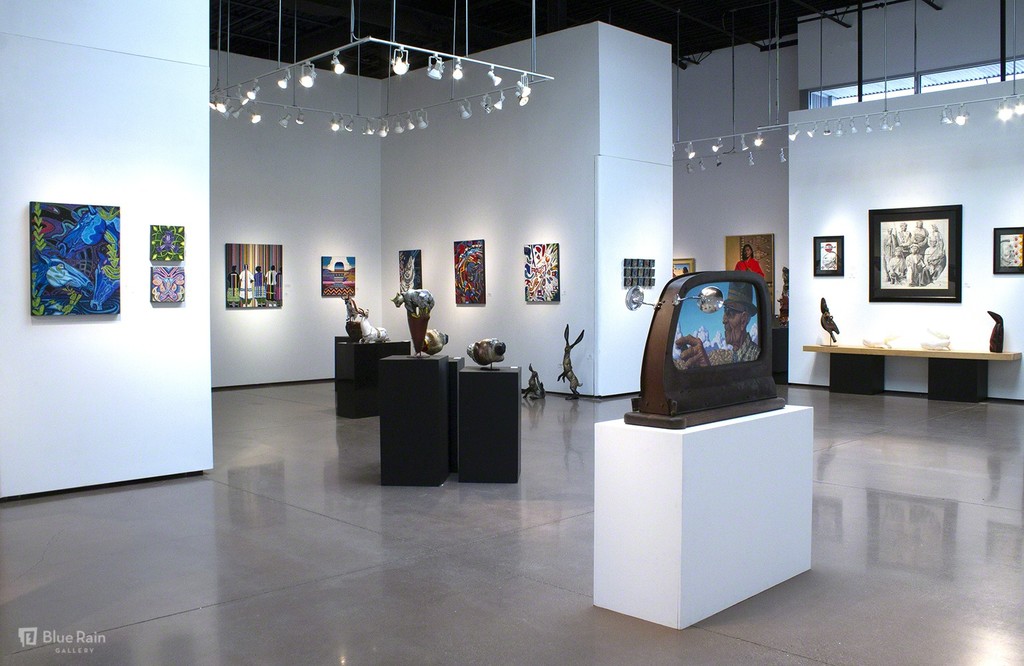 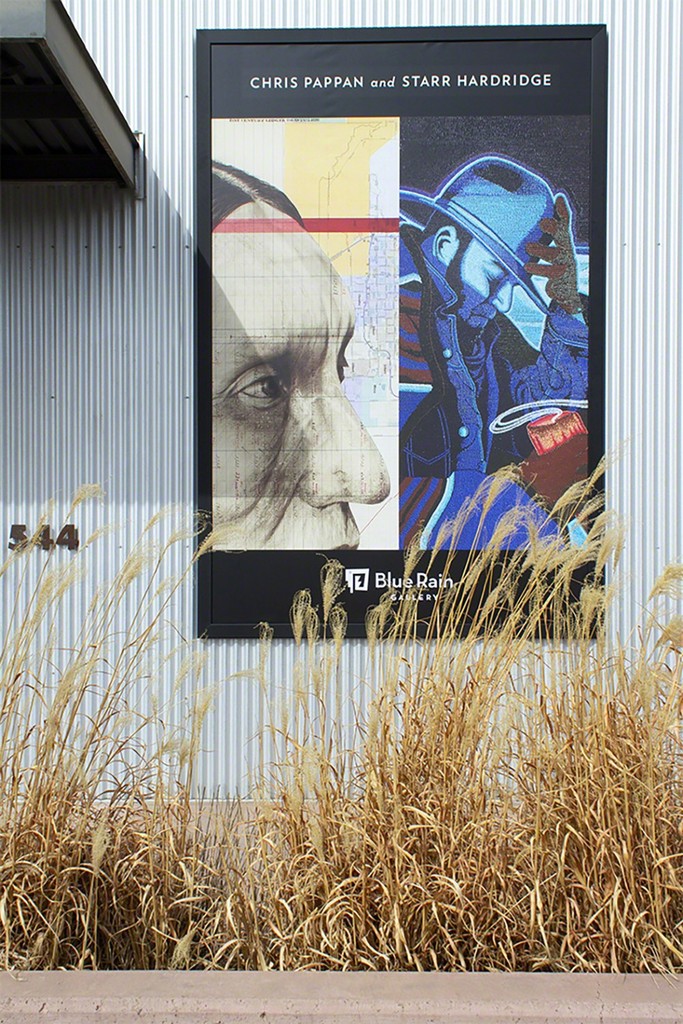 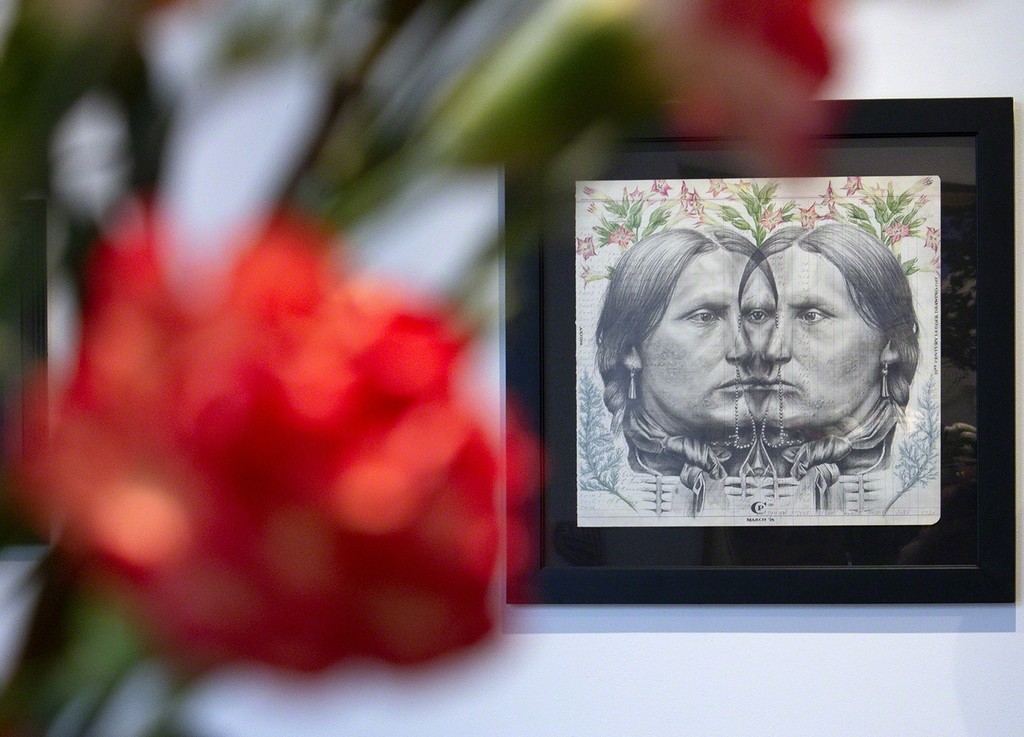 Blue Rain Gallery is excited to announce an upcoming show of new artworks by Chris Pappan and Starr Hardridge. This show of new works is scheduled to take place February 22– March 16, 2018 with an artist opening night reception on Friday, February 22 from 5 – 7pm.

Both artists express their Native American heritage with stunning visuals. Chris Pappan; who is of Kaw, Osage, and Cheyenne River Lakota Sioux heritage; uses mixed media to create contemporary ledger art. Based in Chicago, Pappan explores what it means to be a Native American in today’s world. Alaka Wali, curator at the Field Museum in Chicago where Chris has exhibited his work, says Pappan’s pieces “are at once beautiful works of art and brilliant commentaries on the political and cultural treatment of Native peoples.” Pappan is not only skilled in the art of portraiture, but also in the art of story-telling.

Starr Hardridge, an enrolled member of the Muscogee Creek Nation, was raised throughout central Oklahoma. His paintings are influenced by pointillism as well as southeastern woodland beadwork. Hardridge is known for his colorful, geometric compositions and the miniscule dots of paint that closely resemble beadwork. Starr says, for this upcoming body of work, “The paintings vary from explosive to serene, photographic to abstract”. The subject matter ranges from self-portraiture to traditional Muscogee Creek stories to butterflies, horses, deer and other animals. A major theme for Hardridge is the struggle for balance within the natural world.

Both Hardridge and Pappan have found unique and effective ways to express their personal and universal truths. Their works can be found in museums and private collections across the United States. Both artists have a lot to offer-- Do not miss an opportunity to experience their new creations at Blue Rain Gallery!