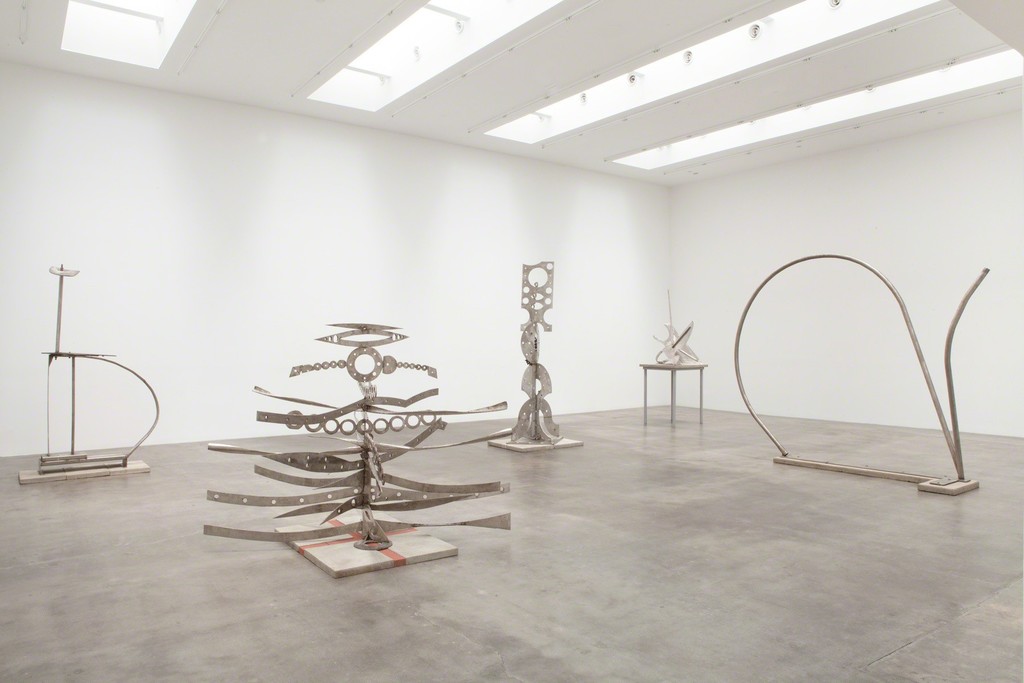 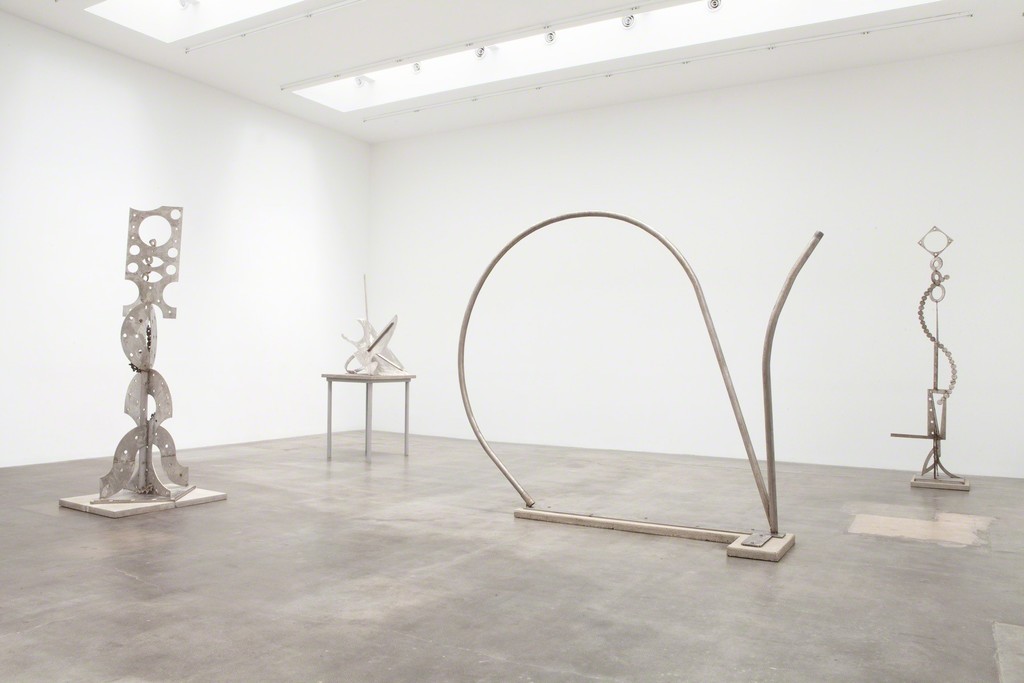 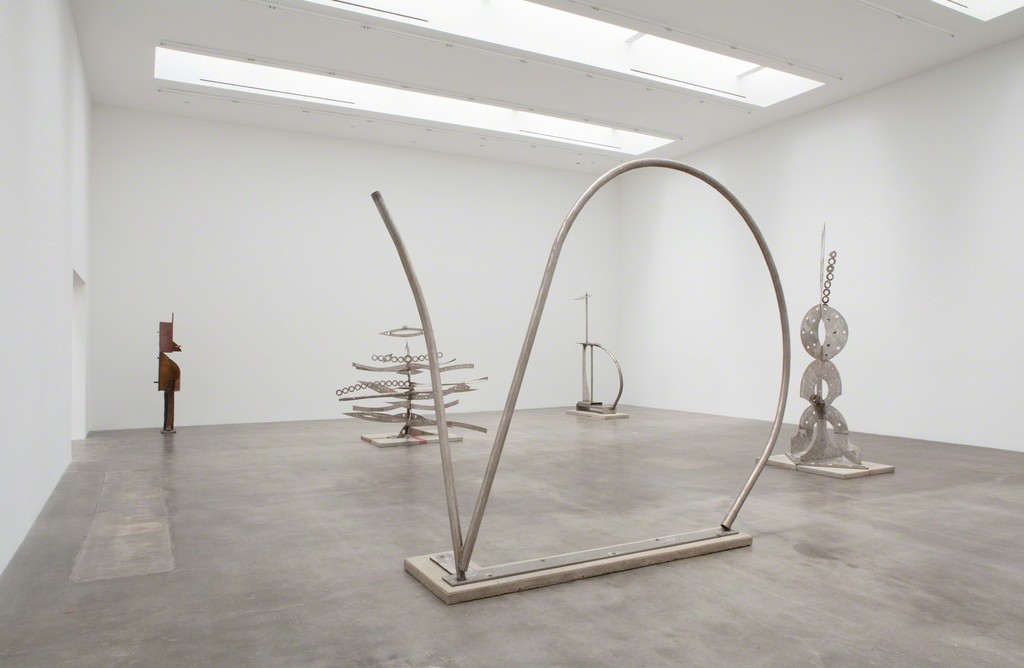 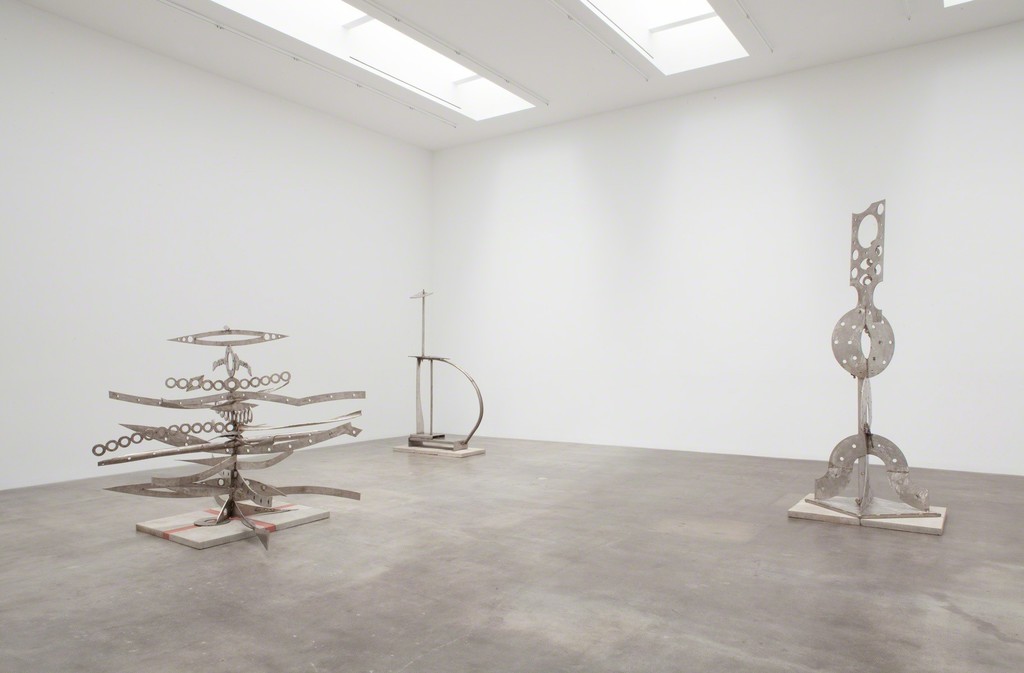 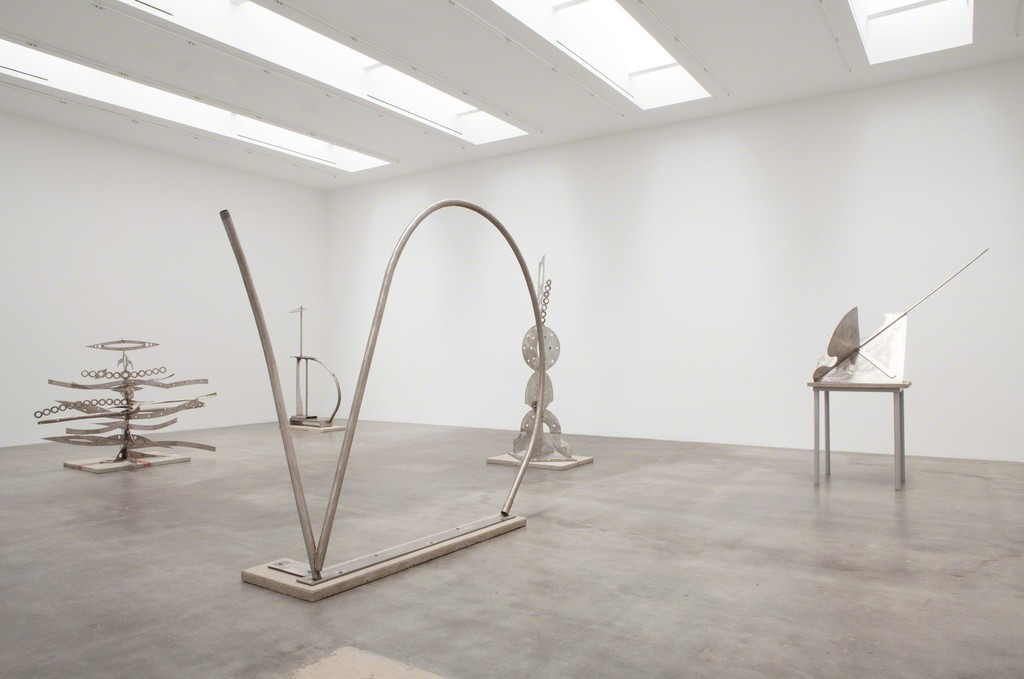 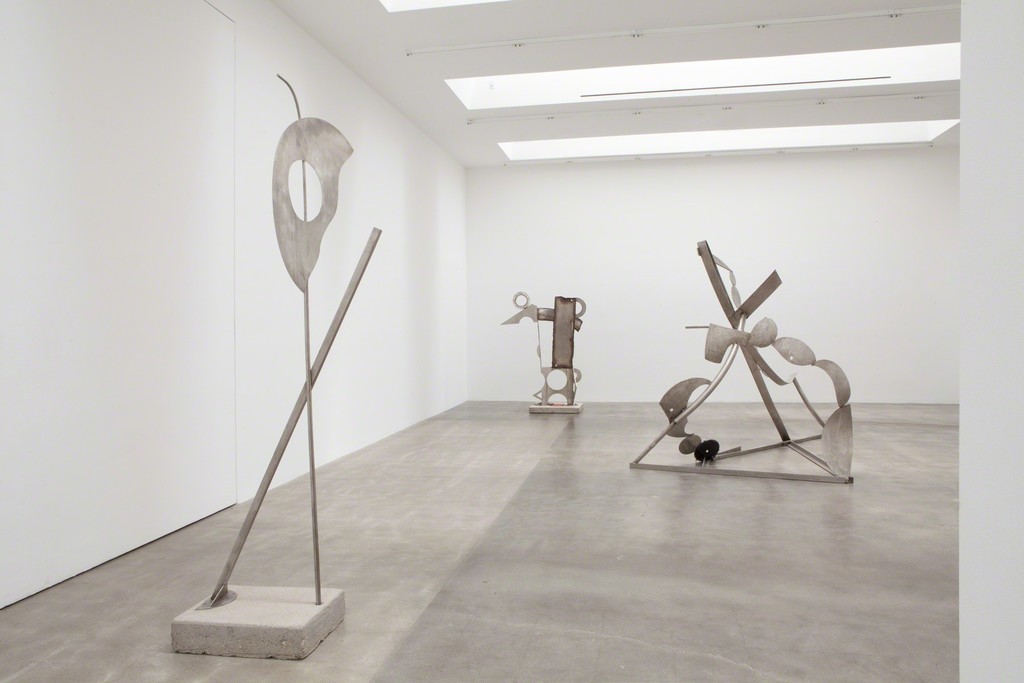 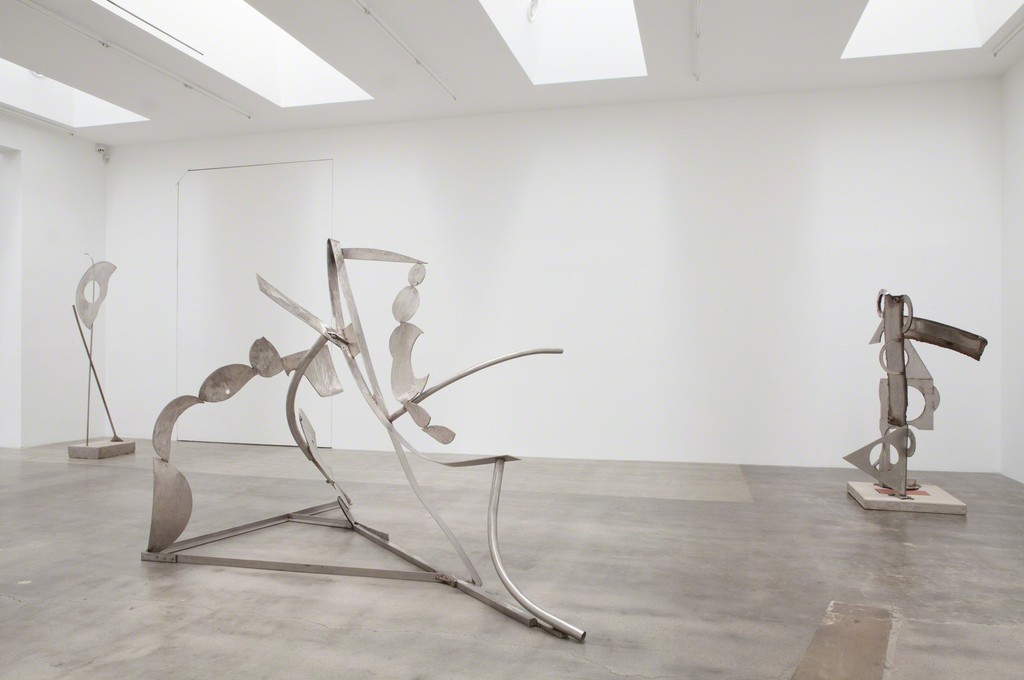 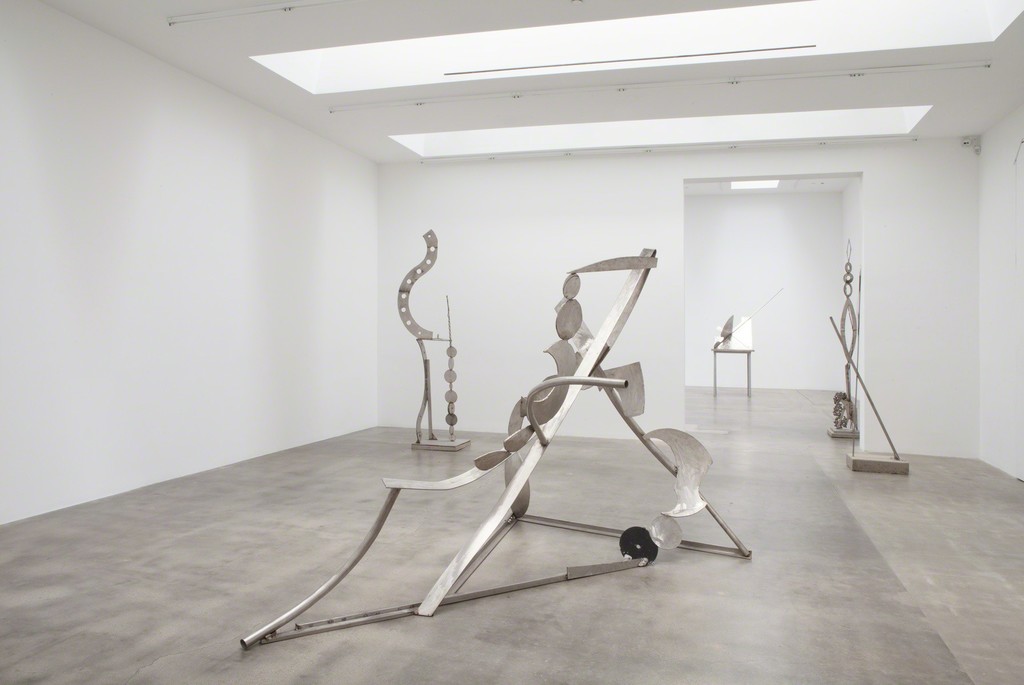 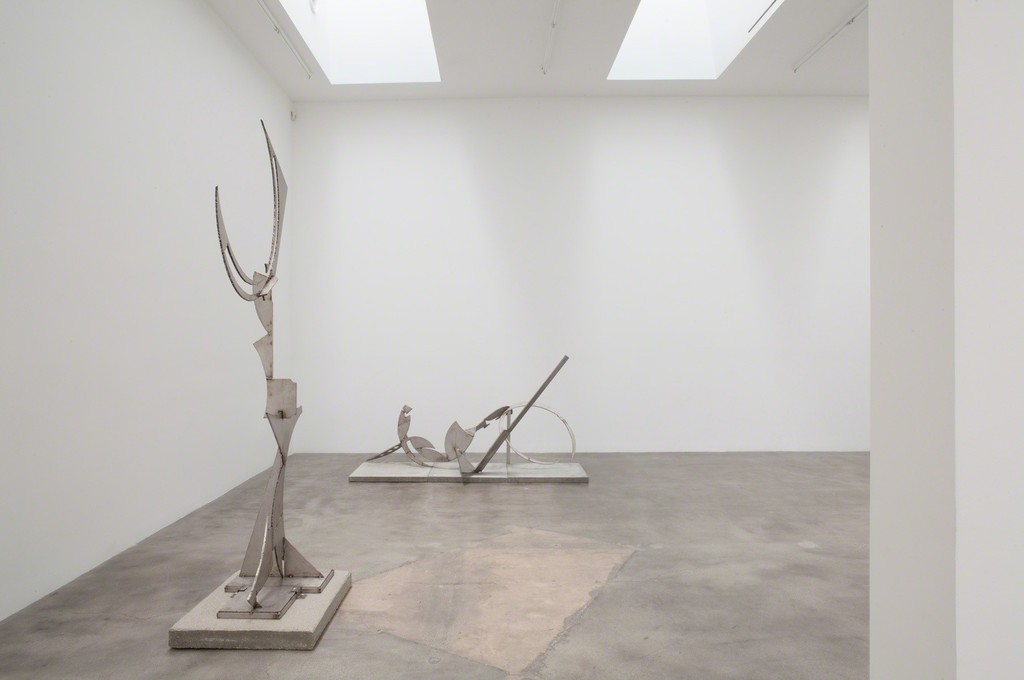 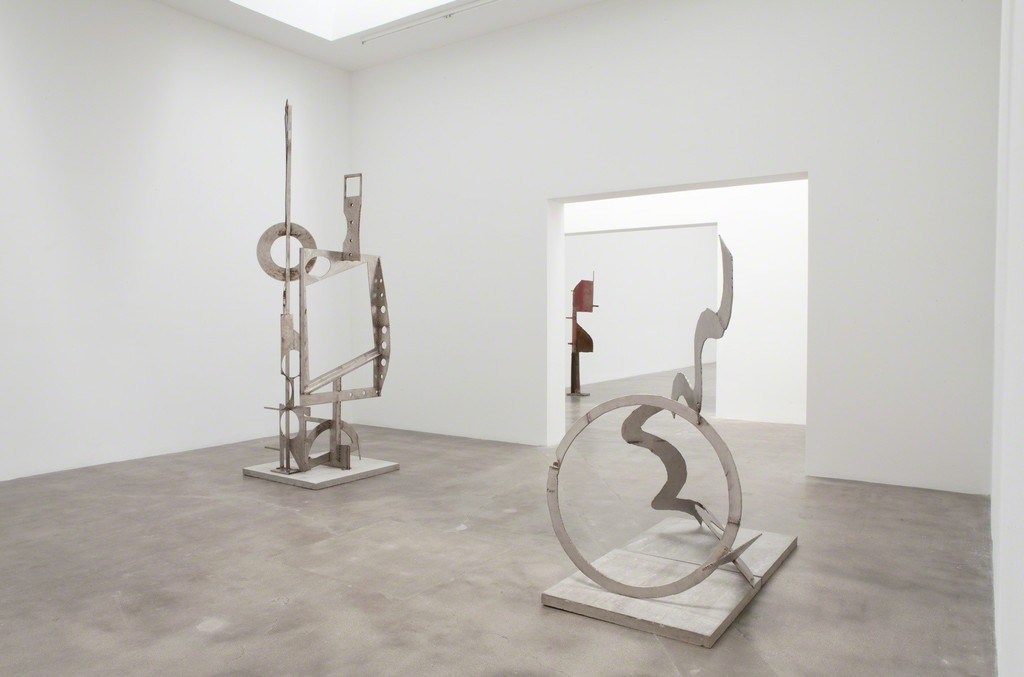 Blum & Poe is pleased to announce the first major solo exhibition by Los Angeles-based artist Wendell Dayton. Stainless steel sculptures spanning six decades of the artist’s oeuvre populate the entirety of the downstairs and upstairs galleries along with the outdoor gardens.

Upon completing his Bachelor of Fine Arts degree at Indiana University in 1960, Dayton hitchhiked his way to New York City to embark on his life as an artist. Living in a series of lofts on Bleecker and the Bowery, he met and worked alongside artists associated with the Park Place Group, Abstract Expressionism, and Pop, among them James Rosenquist, Robert Grosvenor, Claes Oldenburg, and Mark di Suvero. Beginning with painting and street rubbings, he soon graduated to larger constructions, eventually incorporating welding and materials such as steel, painted wood, and found items. Dayton made a living as a guard at the Whitney Museum and as a maintenance painter at the Museum of Modern Art, eventually relocating in 1972 to Los Angeles, all the while developing a growing body of large-scale sculptural work.

For the past two decades, Dayton’s studio has resided on a two-acre plot at the far edge of the San Fernando Valley. Amidst a sprawling rural landscape, the property is a dusty field peppered with twelve-foot shimmering sculptures, some resting in the dry bed of a pale blue swimming pool nested in the center of the plot. His works range from small-scale pieces detailed with bright splashes of auto retouching paint to stark, monumental stainless steel structures that nod to David Smith, Alexander Calder, and John Chamberlain. These industrial materials are hard and severe—each work manipulated by Dayton for months on end by gantries, plasma cutters, pipe benders, and welding machines—meant to endure the elements and time. Shapes cut from steel, spliced curling metal pipes, and the parts of a dismembered drill press meet in these totemic compositions and seem to effortlessly rise from the ground toward the sky. Dayton transmutes these crude mediums into graceful abstracted forms, welded gestures representing the birth of a child, lovers lost, and the celestial bodies above.

Wendell Dayton was born in Spokane, WA in 1938, and lives and works outside of Los Angeles, CA. This exhibition marks his first comprehensive solo show, and follows the recent acquisition of his work by the Los Angeles County Museum of Art.