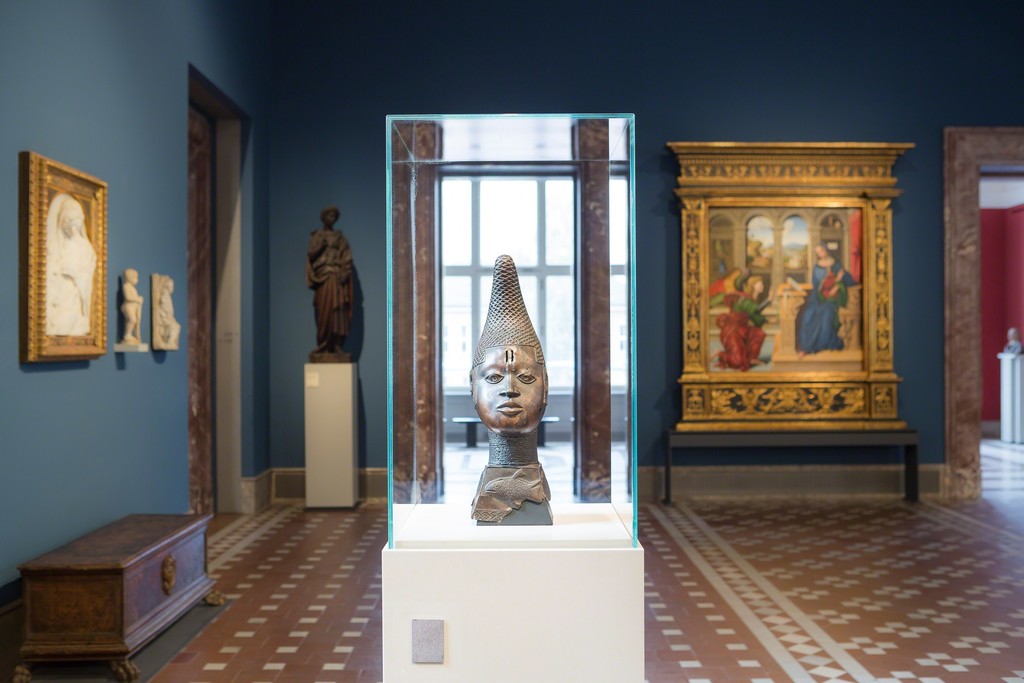 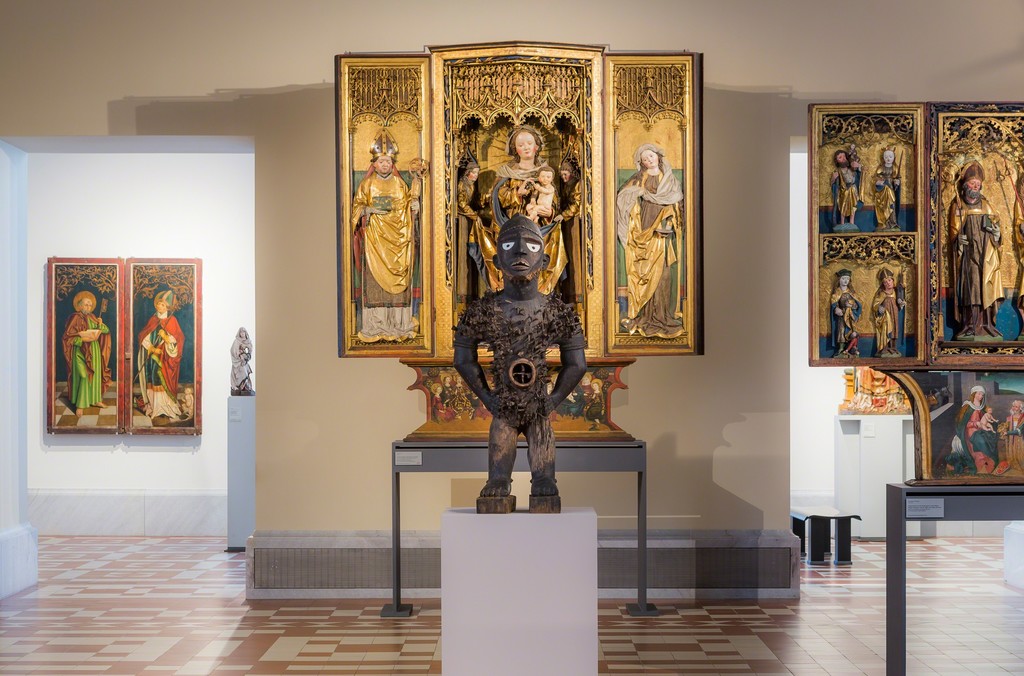 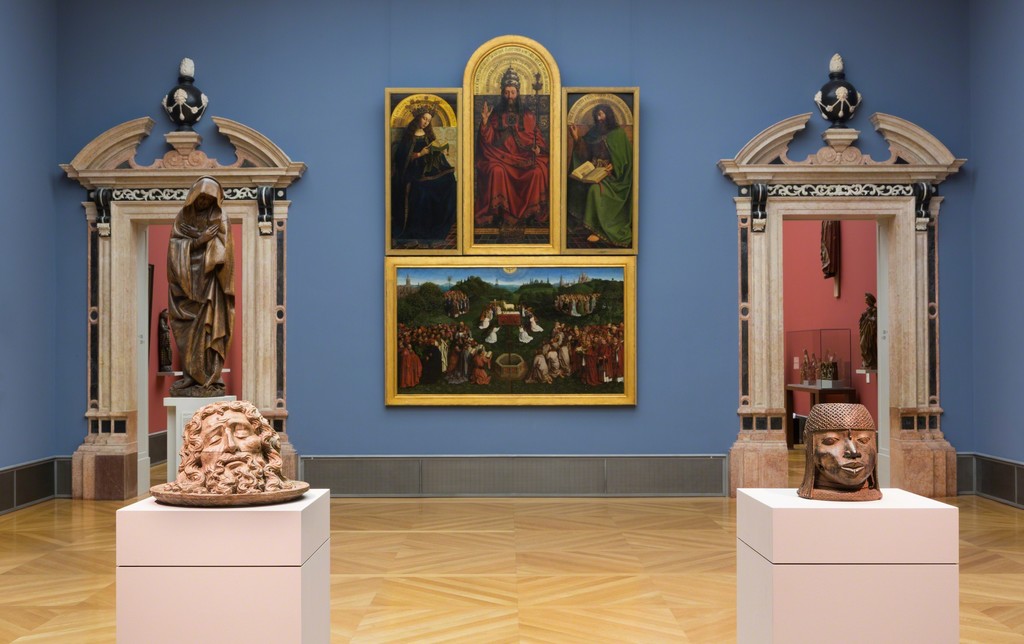 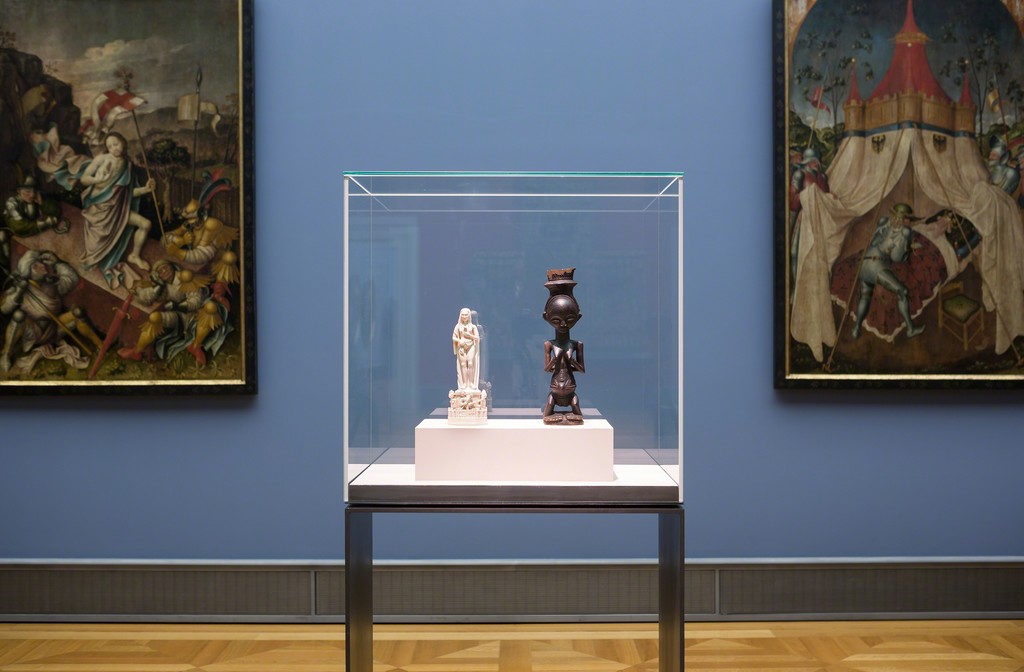 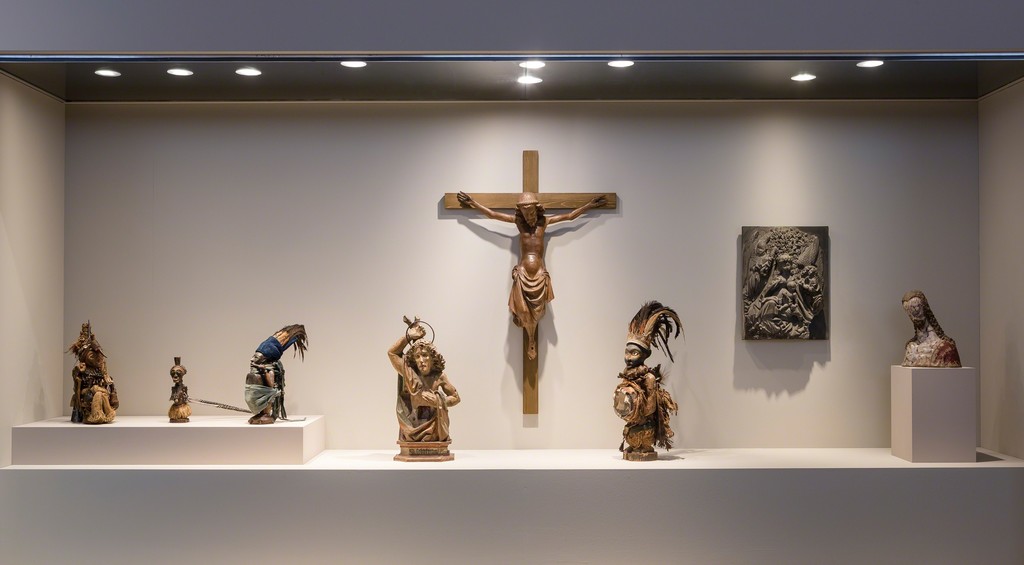 For the first time the sculptural traditions of Africa and Europe will come together in a ‘conversation of the continents’ on the Museums- insel Berlin. Beginning in October 2017 over 70 major works of Afri- can sculpture from the Ethnologisches Museum (Ethnological Mu- seum) will go on display in the Bode-Museum. Art from western and central Africa meets masterpieces from Byzantium, Italy, and central Europe. Never before have the sculptural traditions of these two con- tinents been compared so extensively.

‘The preparations for the move to the Humboldt Forum offer us a unique opportunity to place the non-European holdings of the Staatliche Museen in dialogue with other works, reaching across the boundaries that tradi- tionally divide the collections’, says Michael Eissenhauer, Director- General of the Staatliche Museen zu Berlin and Director of the Skulp- turensammlung und Museum für Byzantinische Kunst (Sculpture Collec- tion and Museum of Byzantine Art). Julien Chapuis, head of the Skulp- turensammlung und Museum für Byzantinische Kunst, adds: ‘The stimu- lating interplay between the African sculptures and our own collection not only promises to be a feast for the senses, but will also lead to fundamen- tally new insights.’ Viola König, Director of the Ehtnologisches Museum (Ethnological Museum): ‘The exhibition's ethnological approach broadens the museum's focus on European art to include global contexts and brings the multi-perspectival displays, successfully practised by the curators in Dahlem, to the Museumsinsel.’

Some 20 juxtapositions throughout the permanent collection and a spe- cial-exhibition gallery will address major themes of human experience, such as power, death, beauty, memory, aesthetics, and identity. Unex- pected similarities and differences become apparent: the Renaissance sculptor Donatello’s putto with a tambourine seems to invite the Early Modern princess from the Kingdom of Benin to dance. Michel Erhart’s late Gothic Virgin of Mercy appears next to a power figure from the Congo, which, like the Madonna, was also created to protect a community. The Romanesque Christ seated in judgement from the Abbey Church of Grö- ningen and the large Ngil mask from the Fang region of Gabon or Came- roon both present awe-inspiring images of judges. Mythical heroes from central Africa take their place among late Gothic Christian figures and open up new perspectives on both collections.

An extensive catalogue and an app will accompany the exhibition, both providing in-depth information on specific themes.

The exhibition, the education and outreach program and the app have been made possible by generous support from the Kuratorium Preußischer Kulturbesitz.

On the Way to the Humboldt Forum
Selections from the collections of the Museum für Asiatische Kunst (Asian Art Museum) and the Ethnologisches Museum of the Staatliche Museen zu Berlin will remain on view for visitors during the move to the Humboldt Forum. On the Way to Humboldt Forum is the title of a series of dialogic special exhibitions, displays, and events that will take place until 2019 at the Kulturforum and the Museumsinsel Berlin, involving the Staatliche Museen zu Berlin’s two non-European collections.
For more information on the entire program please visit the website:
www.smb.museum/en/museums-institutions/humboldt-forum/auf-dem- weg-zum-humboldt-forum.html.