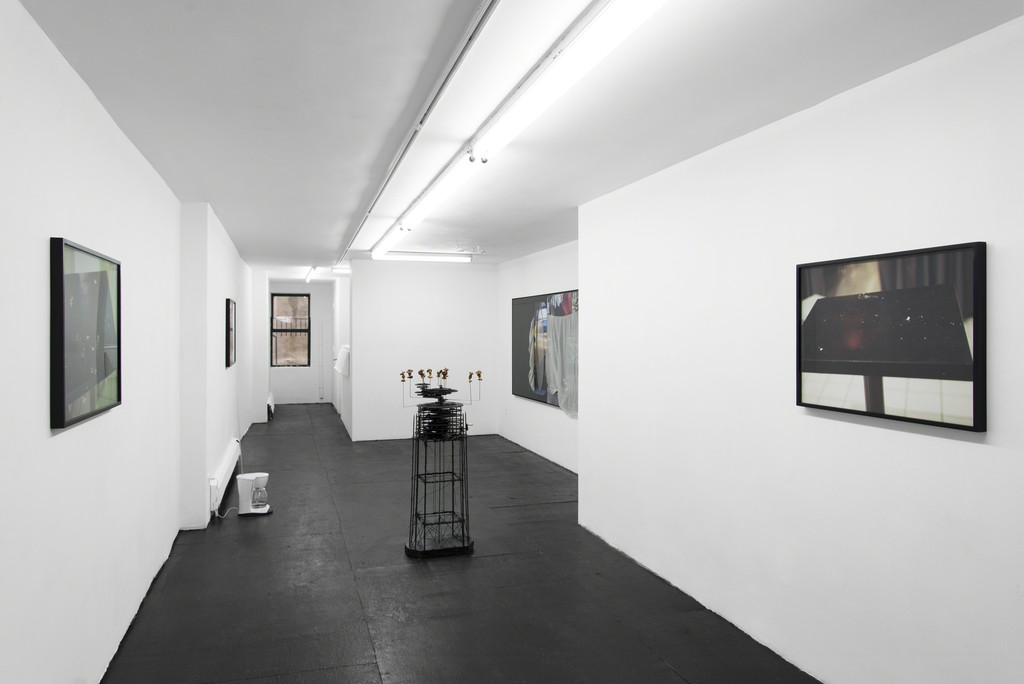 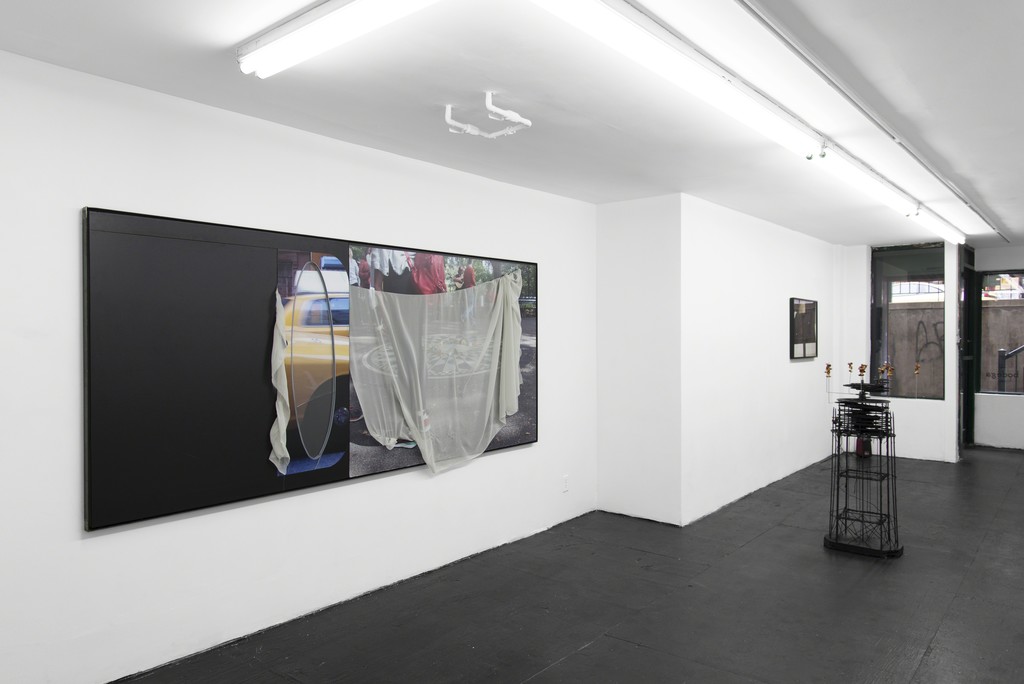 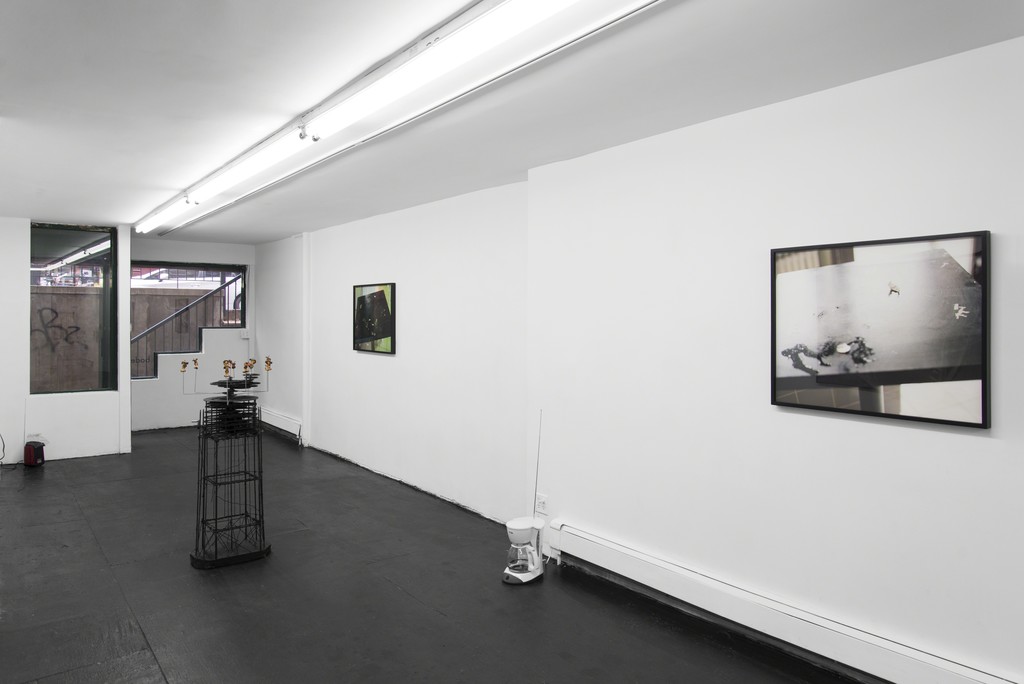 You can read a grid as the intersection of lines across empty space or the aggregation of a whole lot of evenly spaced squares. Absolute interconnection or collective isolation, and you can't see the one without the other. Sometimes the only way to perceive the dream of a complete system is through its gaps, or a fragment slipped in for the whole. The paralyzed mechanics of a model solar system remind us that the desire for omniscient perspective can be fruitless: everyone knows you shouldn't look at the sun if you want to see it.

Put slightly differently, this is a conversation about figure and ground, or how a black square frames utopia by means of what it excludes. In Calla Henkel and Max Pitegoff's photographs, images of black square tabletops post-event at New Theater reprise a slightly soiled monochrome. In a double movement, the tables' supportive roles are relocated centrally to suggest social communion via its absence. The images speak in deferrals and afterimages – grease, crumbs.

Rose Marcus' photo construction glances at the staging of another proposed utopia: Strawberry Fields in Central Park. Marcus' oblique perspective collapses the circular Lennon memorial into an unmoored ellipse, nodding at that odd process by which a discrete piece of ground is imagined into a figure of transcendent unity.

If a certain pregnant silence arises from these passages through negative space, it is undercut by Joel Dean's "earth radios," which cajole the void into singing the system. Domestic electronics embedded with low-frequency radios transmit the ordinarily imperceptible vibrations of their surroundings. Electrical circuits, cell phones, gallery floor, and the earth emerge as a low hum: pure speech, without any object.