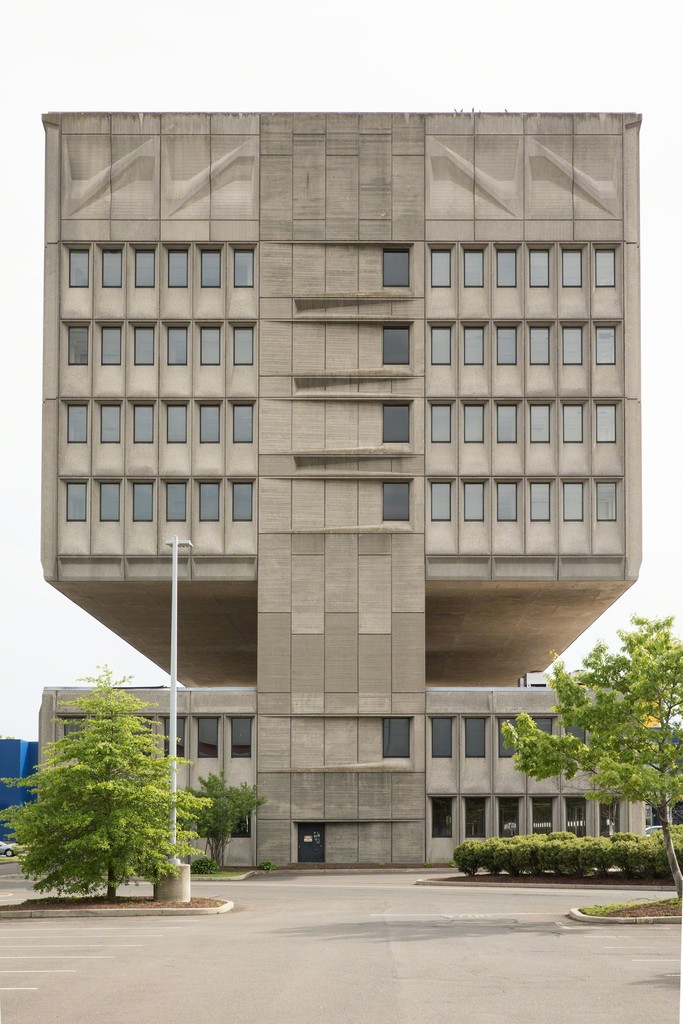 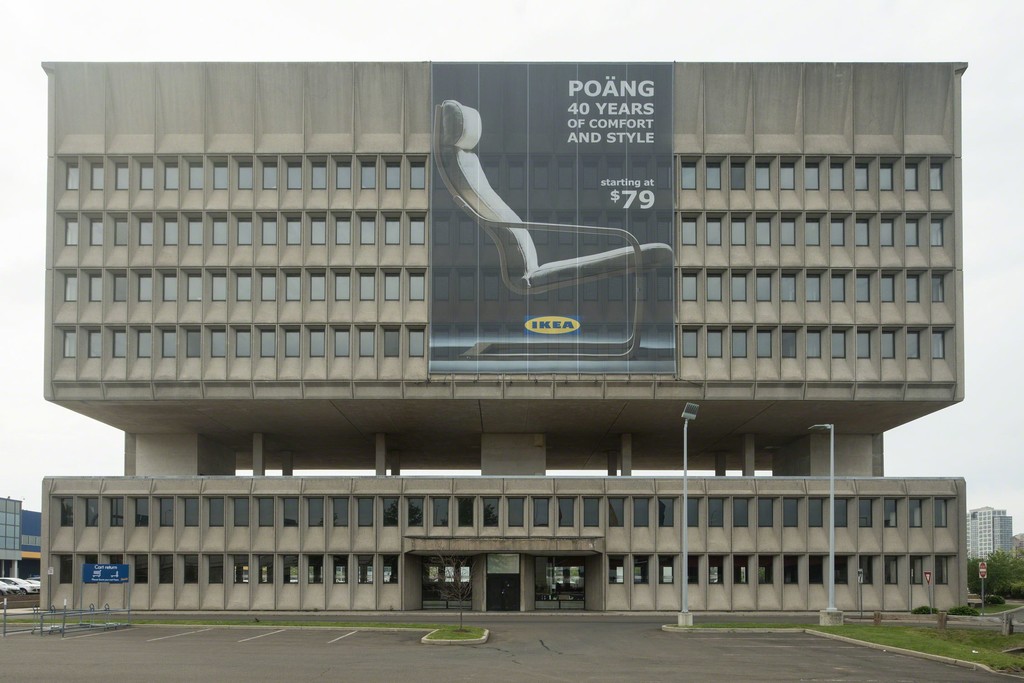 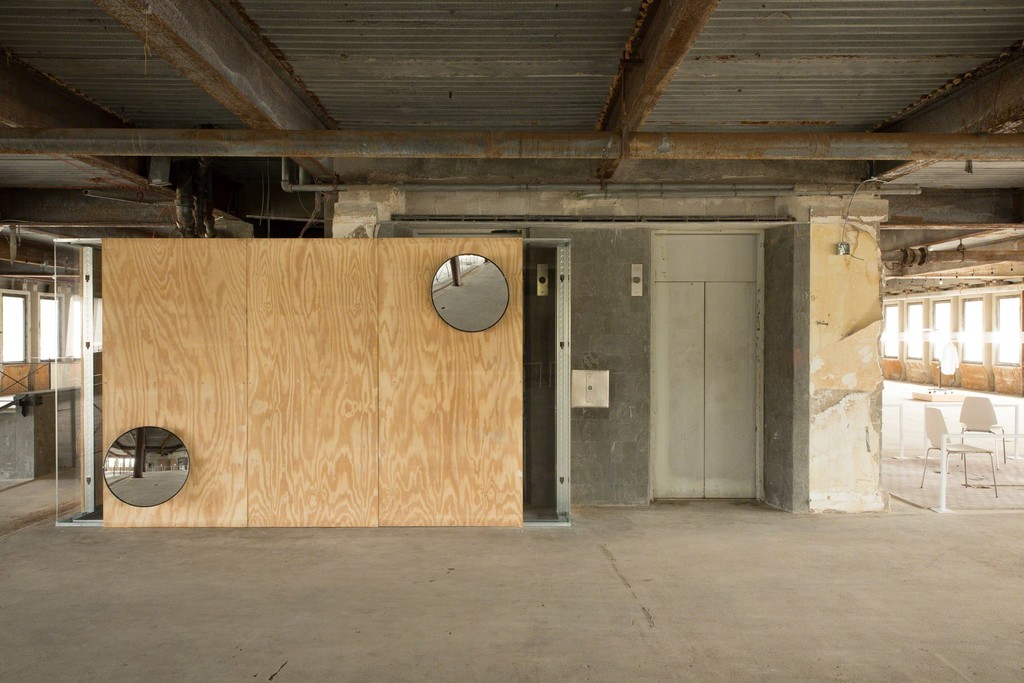 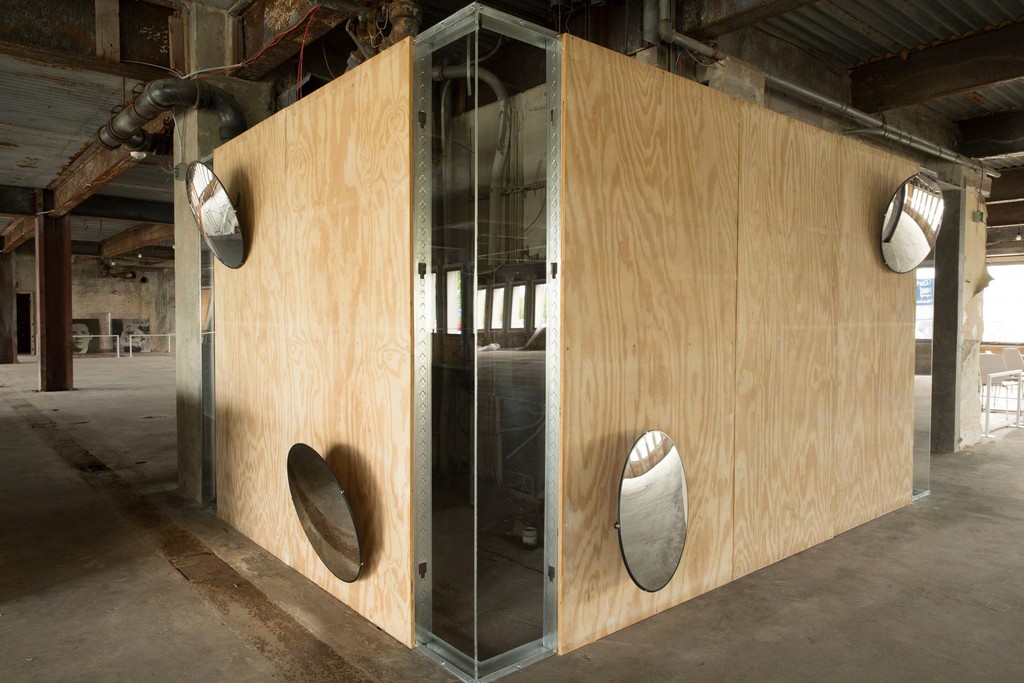 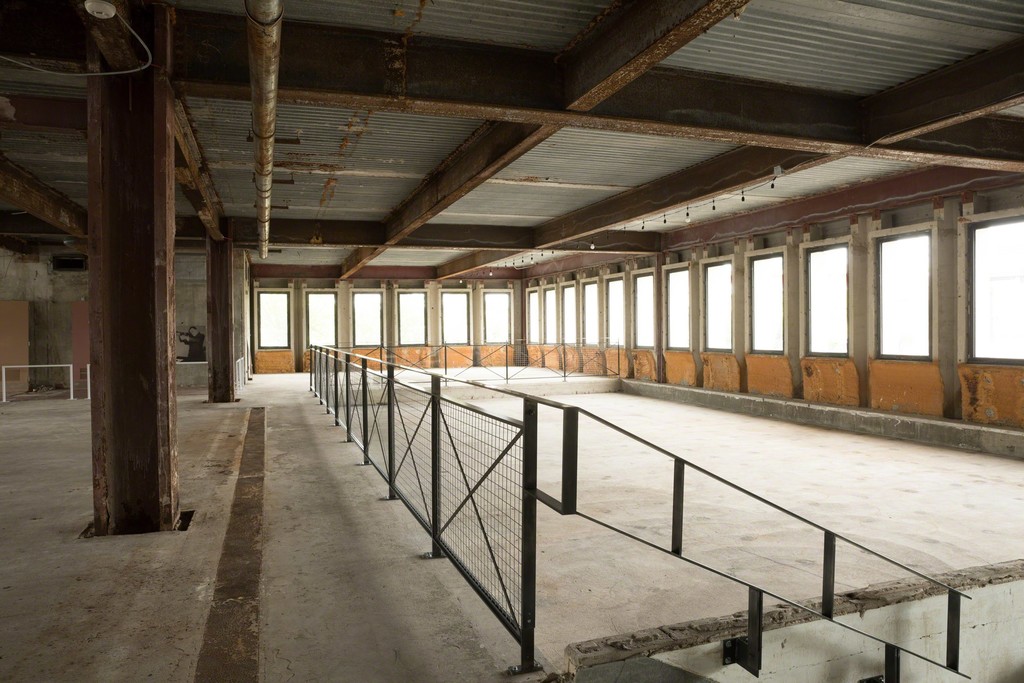 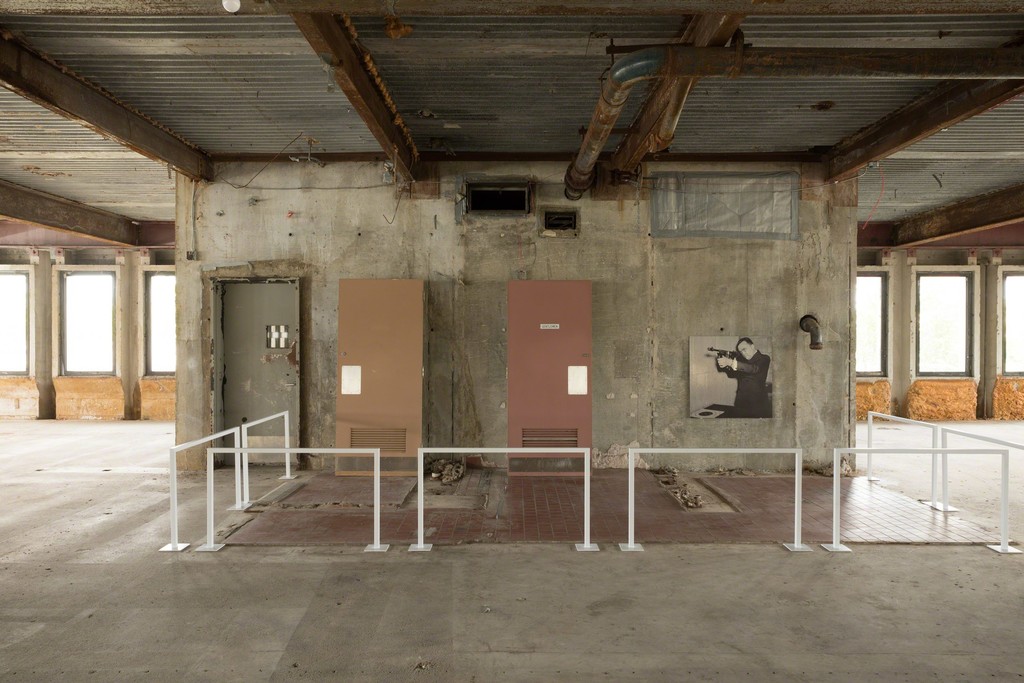 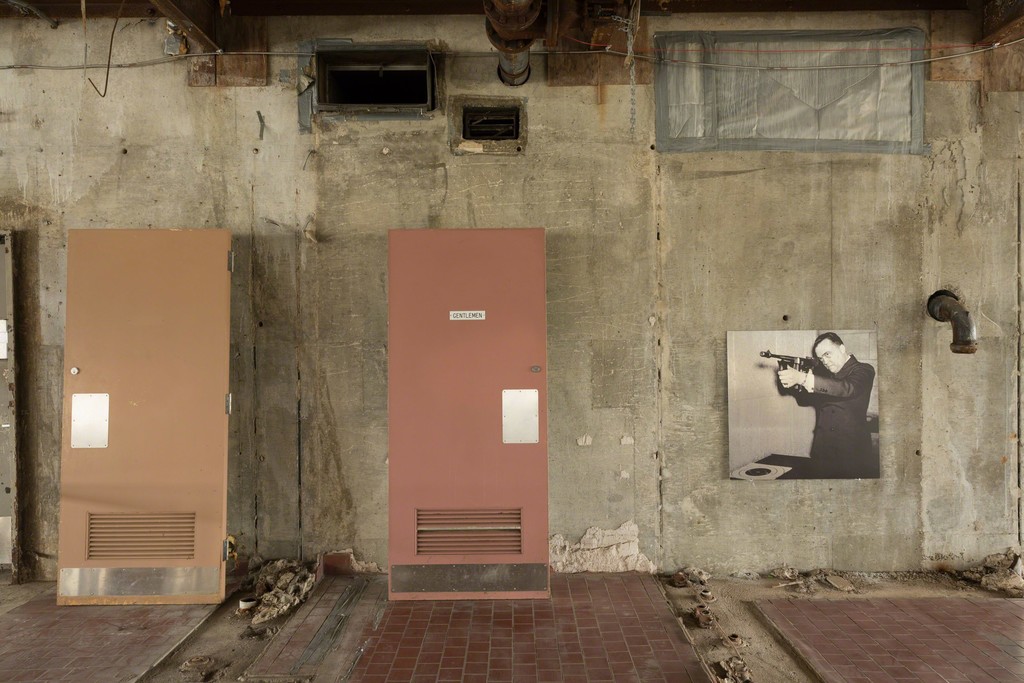 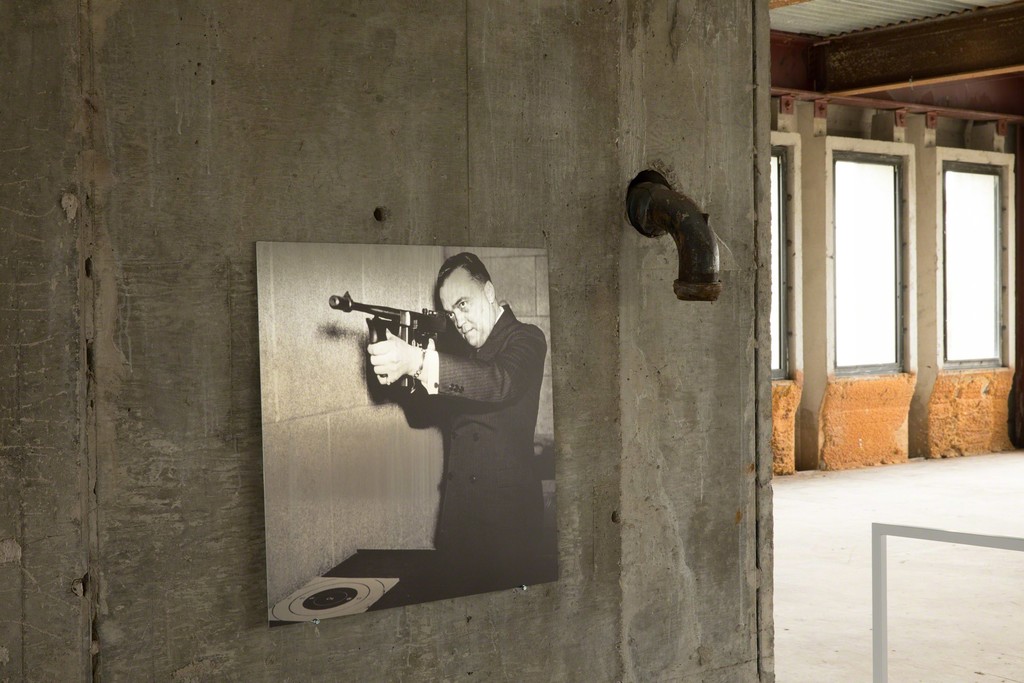 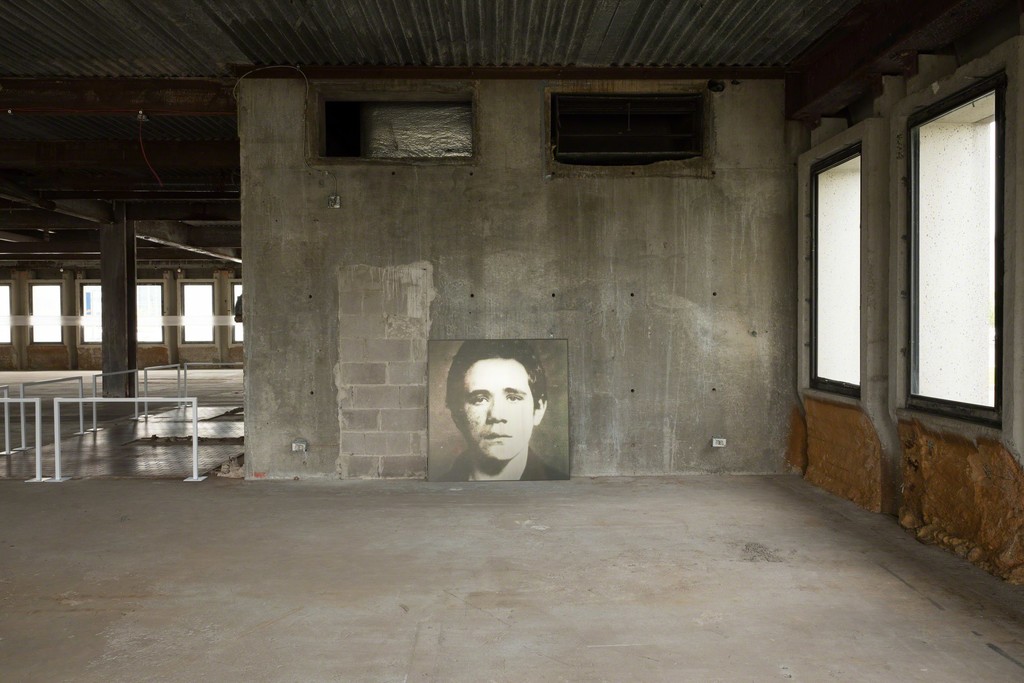 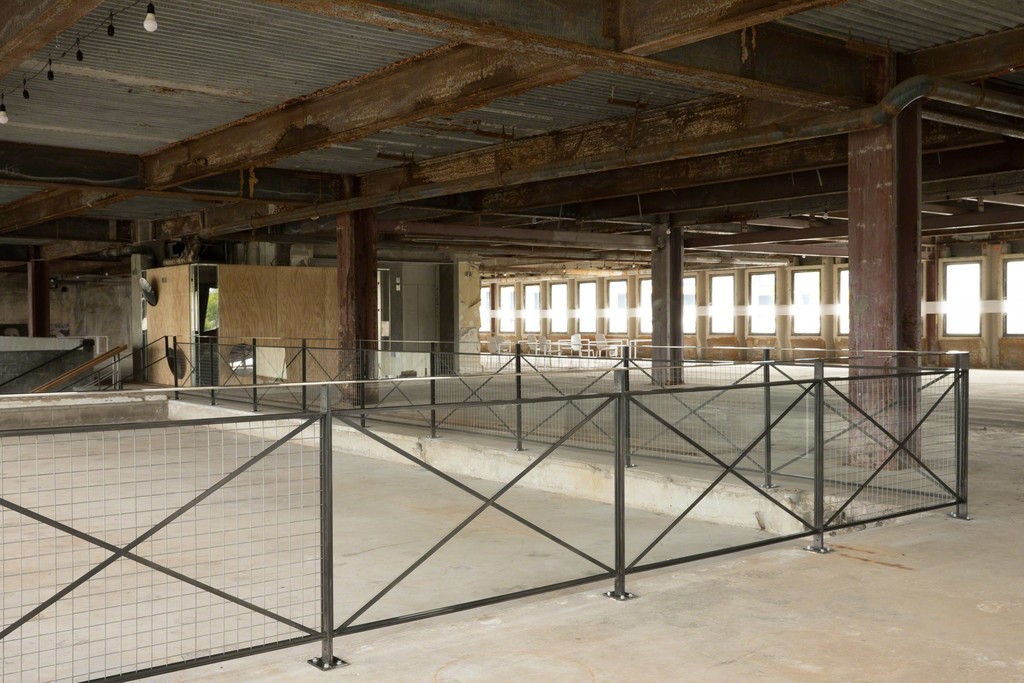 Bortolami is pleased to announce the opening of Tom Burr/New Haven, alternatively titled BODY / BUILDING, the third project of the gallery’s Artist/City programming initiative. Over the next six months, Burr will occupy and activate the first floor of the Marcel Breuer-designed Armstrong Rubber Company, later and more colloquially known as the “Pirelli Building” for the Pirelli Tire Company. Open by appointment only, this Brutalist masterpiece will serve as the site of an evolving exhibition, the first phase of which Burr has titled Pre-Existing Conditions.

Through a consideration of the building as a body, and conversely, thinking of bodies (including his own) as a building or construction, Burr is collapsing one into the other. Located in the artist’s hometown, the Pirelli Building constitutes a cipher for the various social and political concerns central to Burr’s work, not to mention the artist’s own autobiography. As he explains, “I was born there a handful of years before the Pirelli Building was built, so it was always in my mind while I was growing up.” Armstrong Rubber commissioned the building in 1968 for its factory and executive offices and it became an iconic emblem as the entrance to the city off Interstate 95, particularly at a time when the city was gaining attention for its urban renewal and restructuring. The building was envisioned and constructed as a symbol of utopian urban strategy but, like many examples of Brutalism, became a representation of the failure of Modernism’s idealist aspirations.

IKEA purchased the building in the early 2000s, at which time the two-level extension that contained the warehouse and Armstrong’s research and development departments was “amputated”, to use Burr’s term, to make way for IKEA’s new parking lot. Since IKEA initially granted Burr the opportunity to use the building, “complications of access and how to adhere to local codes—fire codes, capacity issues—became problematic and therefore a real part of the project and part of how I think about what I’m creating there,” Burr explains. The resulting works that comprise Pre-Existing Conditions serve as elements of code-compliance, while at the same time grappling with issues of the body, identity, and site-specificity.

After extensive demolition and remediation to the lobby’s original interiors, local codes required new railings. Burr produced and engraved new stainless steel railings with the complete text of Jean Genet’s May Day Speech delivered at Yale on the occasion of the 1970 May Day Rally (shortly after the construction of the Pirelli Building) in support of the Black Panthers, and their recently imprisoned founder, Bobby Seale.

Local code also deemed that several sections of remaining floor tile—footprints of former restrooms—were tripping hazards, and required that they be enclosed with additional railings.
In Burr’s imagination, these zones form Brechtian stages, rooms without walls, spaces for the construction of identity as well as privacy. They also form a rejoinder to his 1994 photographic series and text, “Unearthing The Public Restroom,” a group of eight images that documented public restrooms in Manhattan at the time of their imminent destruction surrounding the AIDS crisis.

Burr also has created a series of sculptural objects that toe the line between classical figuration and abstraction. Mounted on plywood pedestals, metallic coat stands display clothing and other personal effects, serving as “actors” that populate the exhibition space, conjuring absent bodies and former uses of the working environment.

Surrounding the original bay of elevators, Burr built a plywood and plexiglas structure that both prevents access to an open elevator shaft and exposed electrical equipment and allows viewers to see the original granite details of the architecture. This structure will support several convex security mirrors, frequently used in parking garages, hospitals, office buildings, among other institutional spaces. These mirrors will “catch” viewers both from above and below as they pass by the structure and peer into its interior.

Burr will also address the site of the building’s “amputation”. As per the artist’s description, “The far-end wall of the demolished warehouse was brought in to cover the hole left by the demolition, suturing the concrete skin onto the remaining portion of the gaping hole with few visible scars.” The artist plans to draw attention to these “scars” with a narrow iodine colored banner stretching across the length of the sutured wall, a gesture that mirrors the building facade’s current function as an advertising surface for IKEA’s products.

As the project continues over the next six months, Burr plans on presenting further activations of the space including performance, film, and a coda to the limited edition artist book that he published this past December featuring various source materials and inspiration for this project, also titled BODY / BUILDING. In addition, Burr will make a new suite of bulletin boards that will be exhibited at Bortolami Gallery this summer. These works use BODY / BUILDING as their source material and form a dialogue with Burr’s Brutalist Bulletin Board series (2002) that featured images of Brutalist architecture from New Haven in juxtaposition with images of Jim Morrison.