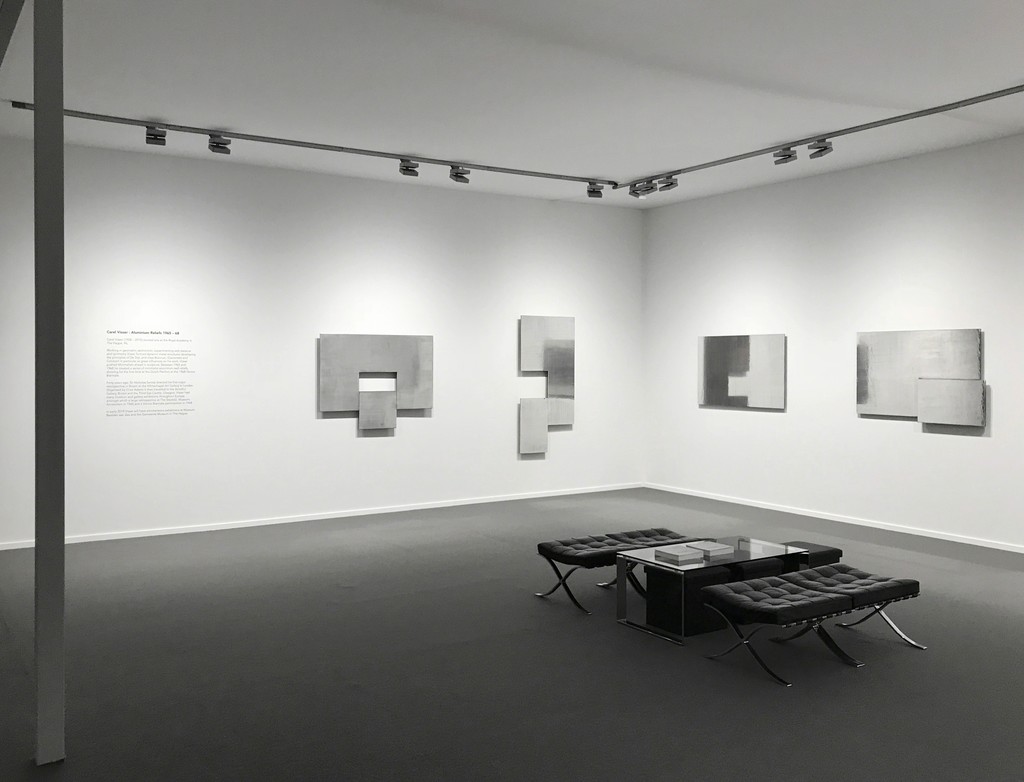 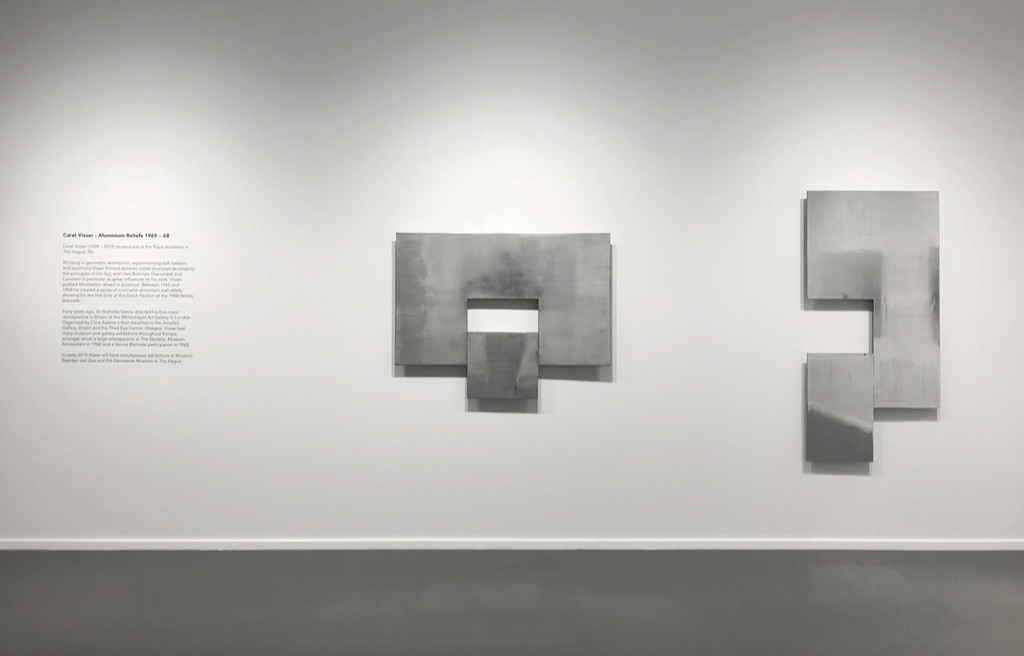 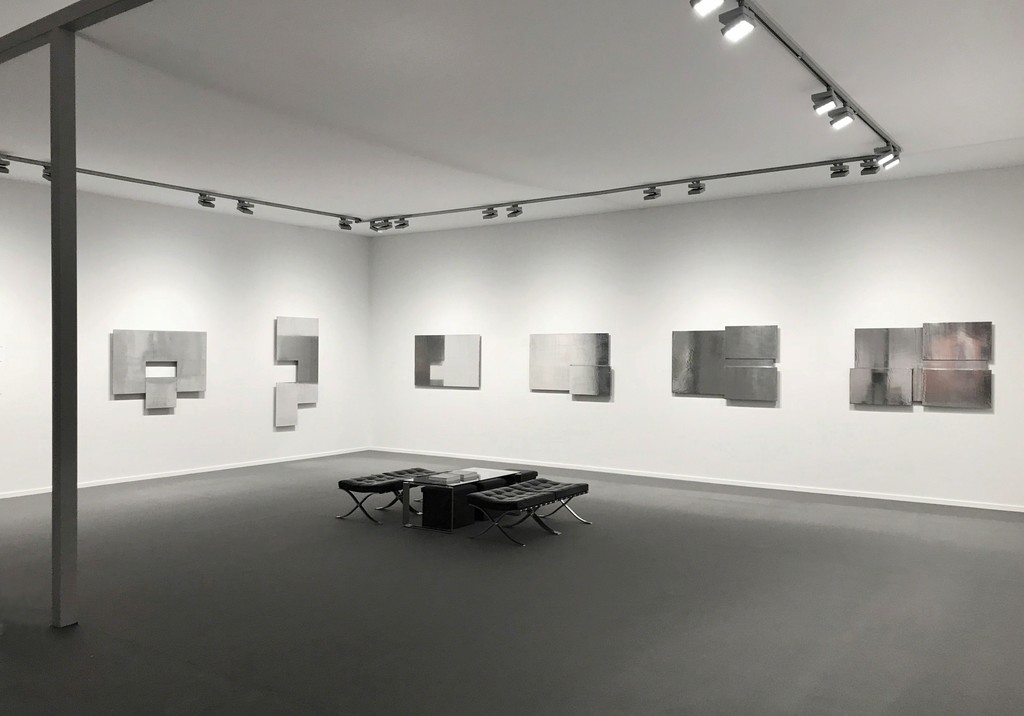 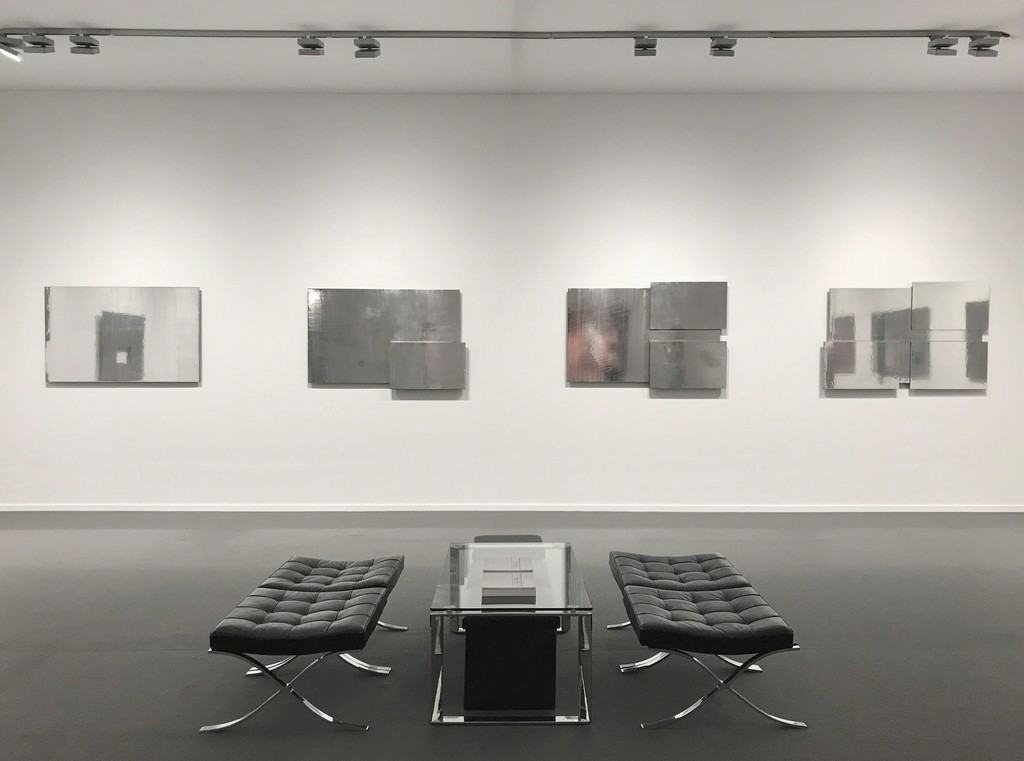 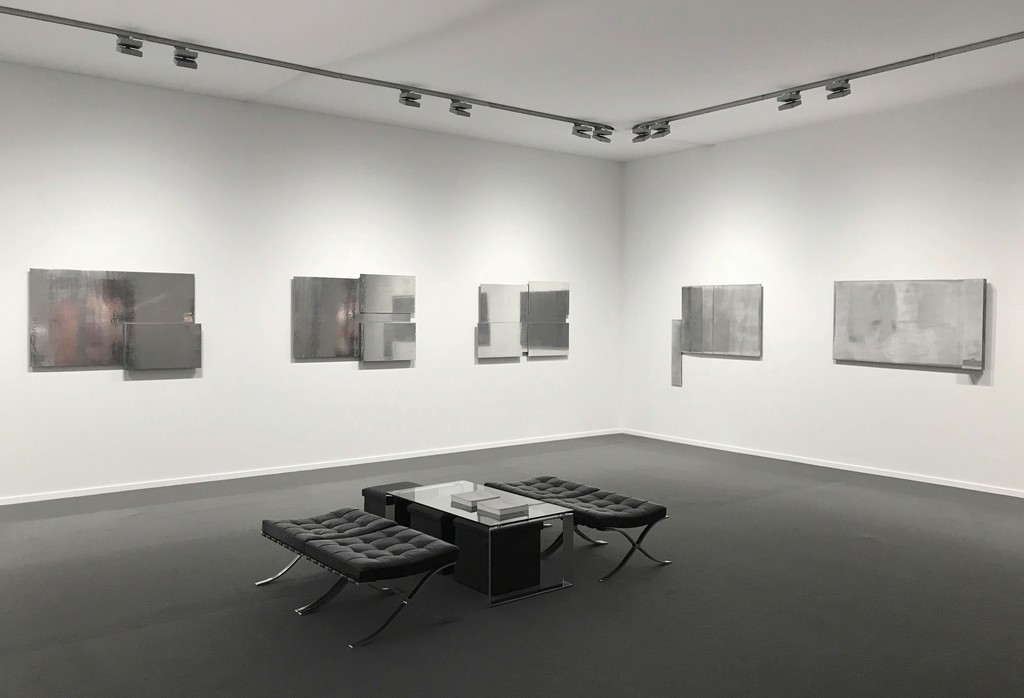 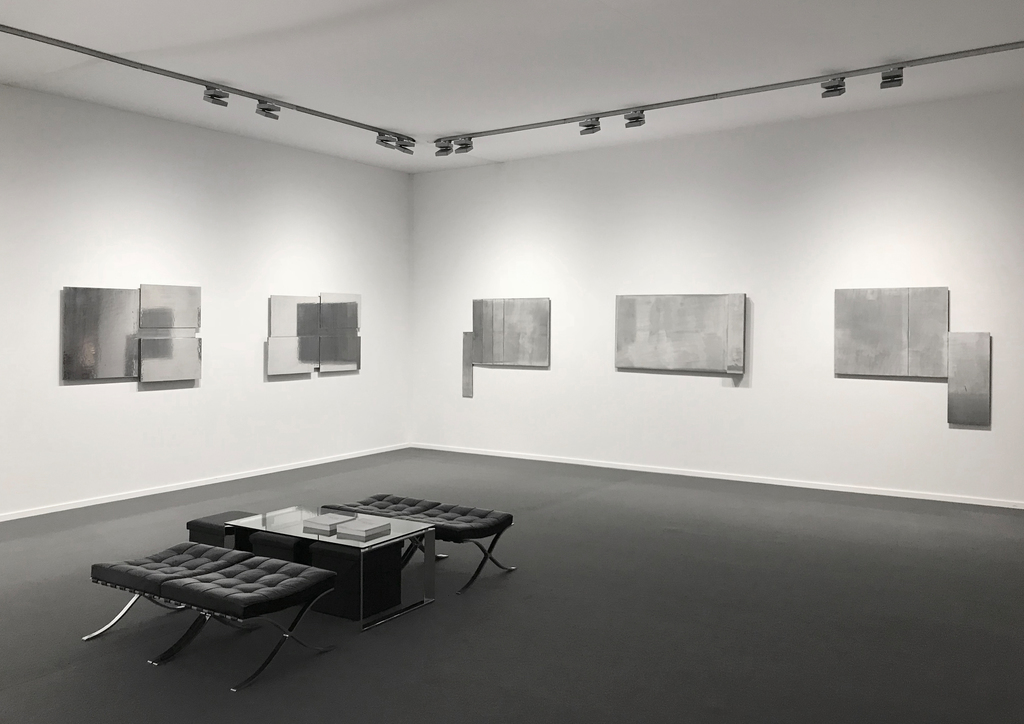 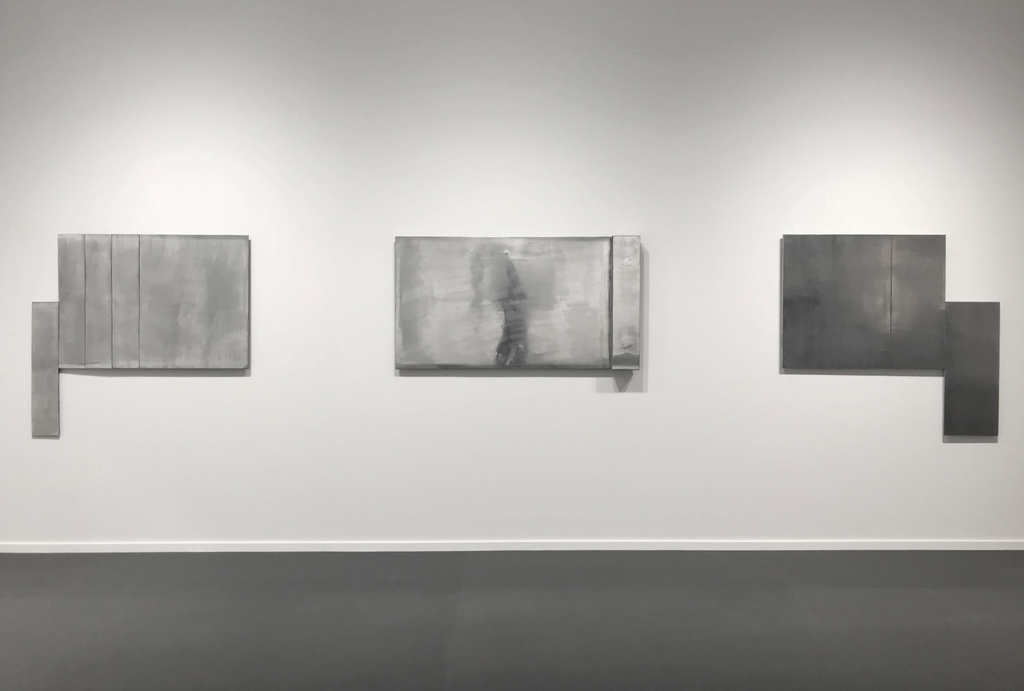 “There are many affinities between the work of Carel Visser and that of British sculptors of his generation but his work has been rarely seen here and is little known.”

So wrote Nicholas Serota in his preface of the exhbition of Dutch avantgarde sculptor Carel Visser, as a director at the Whitechapel Art Gallery in 1978.

The ZERO movement in Holland, called NUL, started in 1960 with artists like Schoonhoven, Henderikse and Peeters. The Dutch NUL-group paved the way for an even more strict minimalism in the mid sixties and early seventies. Among these artists we can mention Ad Dekkers, whose white monochrome panels were a revelation in our solo presentation of Dekkers at Frieze Masters 2016.

Carel Visser (1928-2015) is certainly one of the most renowned and influential Dutch sculptors of his time.
During his whole life Visser experimented with abstract forms, using all sorts of metals as well as paper cuts and collages. In 1965 he ‘discovered’ aluminium as a sculptor’s medium, thus creating between 1965 and 1968 a limited number of not more than 25 unique wall sculptures in this very specific and challenging metal.

Most of these works have never left his studio or have been shown or exhibited.
BorzoGallery, in collaboration with The Mayor Gallery, is proud to present Carel Visser’s wall sculptures at Frieze Masters in 2018.

Future exhibitions on the artist are scheduled in 2019 in The Hague: in Museum Beelden aan Zee (sculptures) and at the Gemeente Museum The Hague (works on paper).