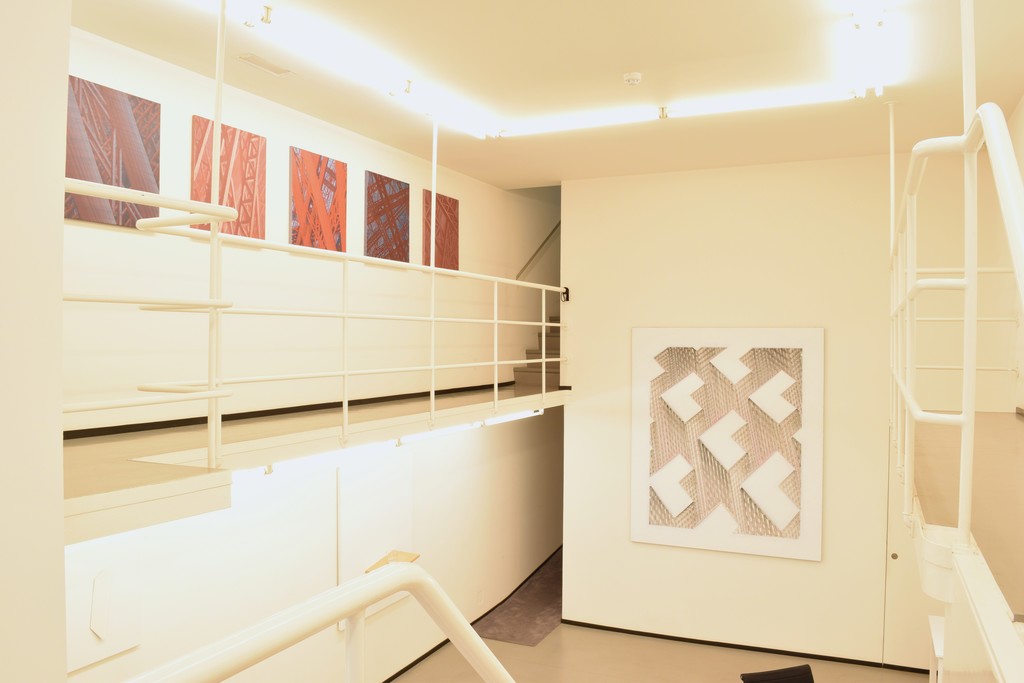 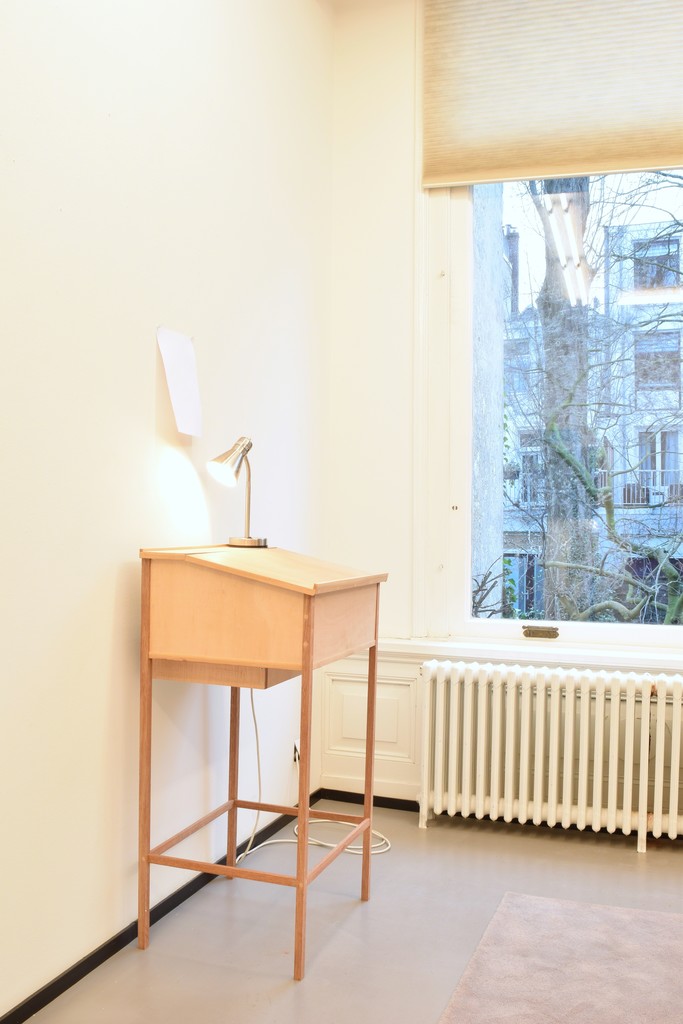 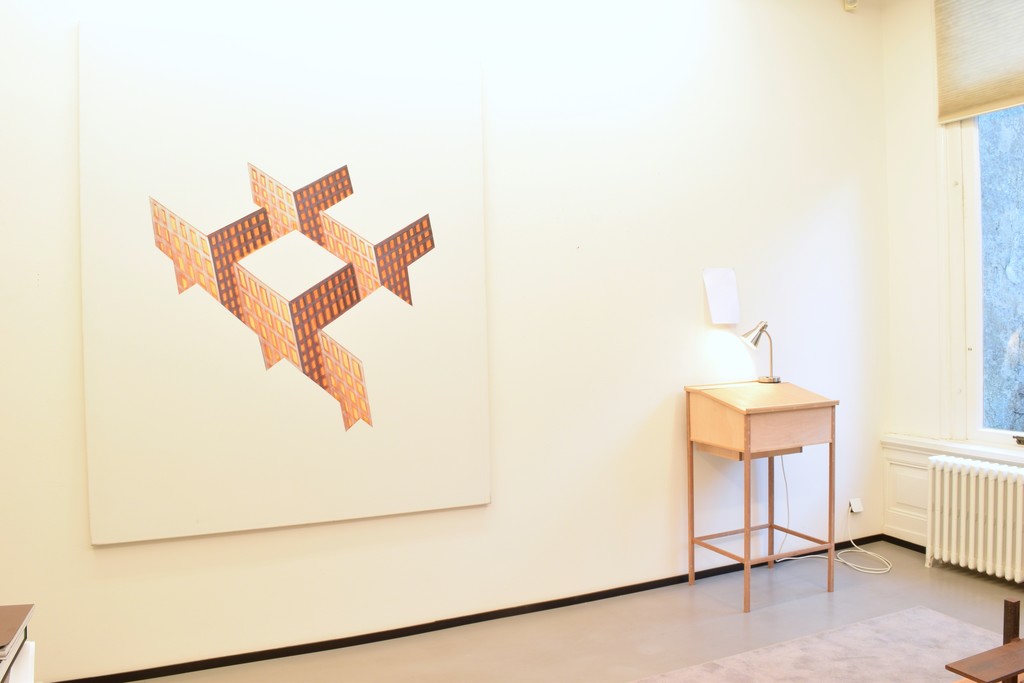 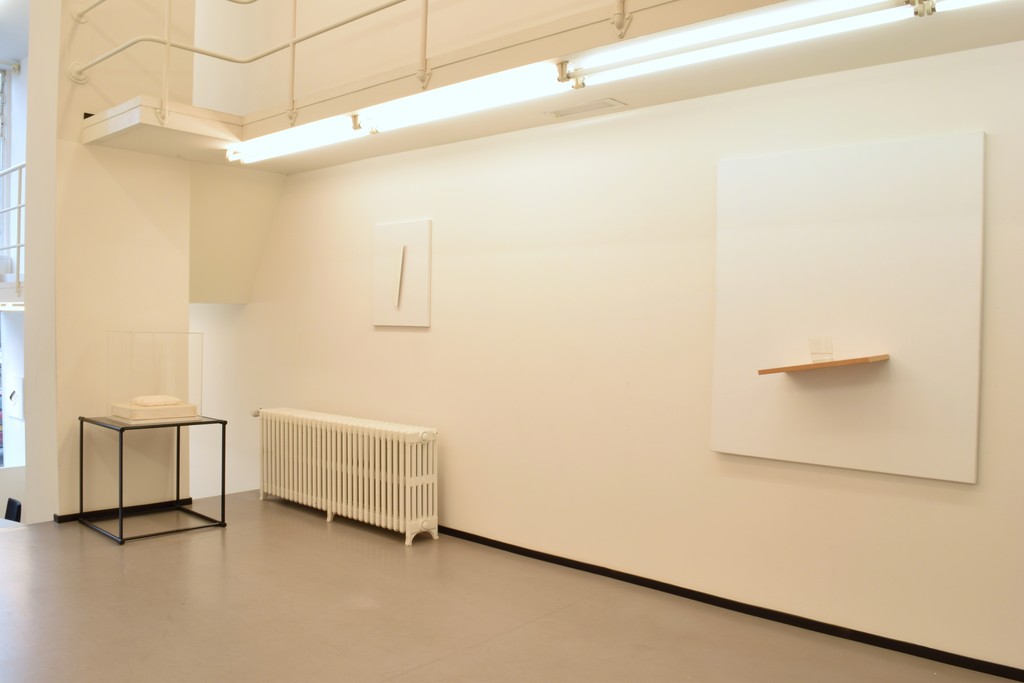 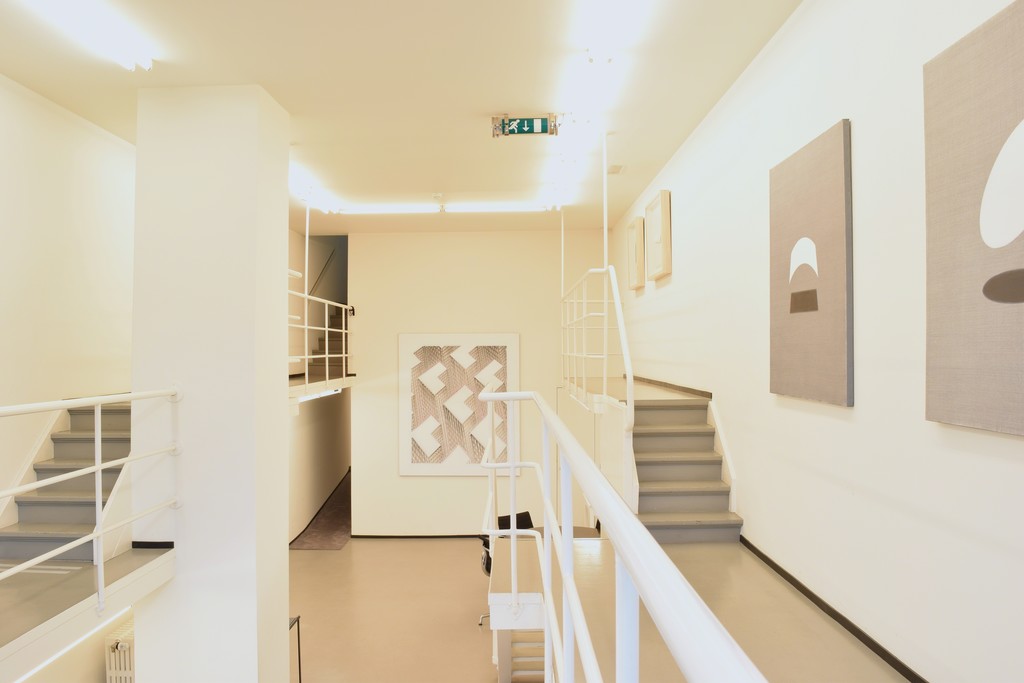 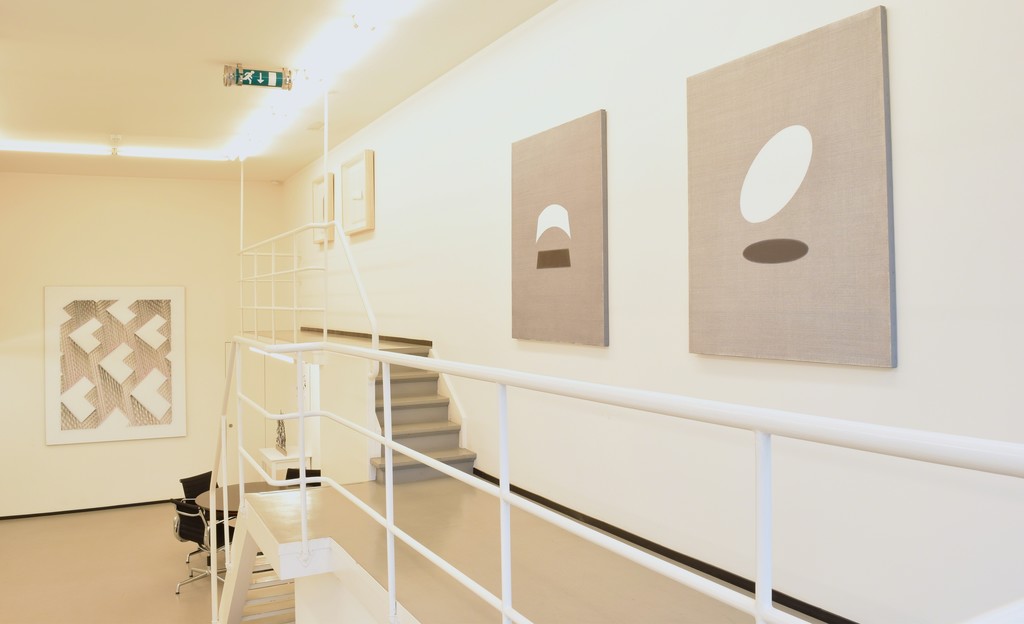 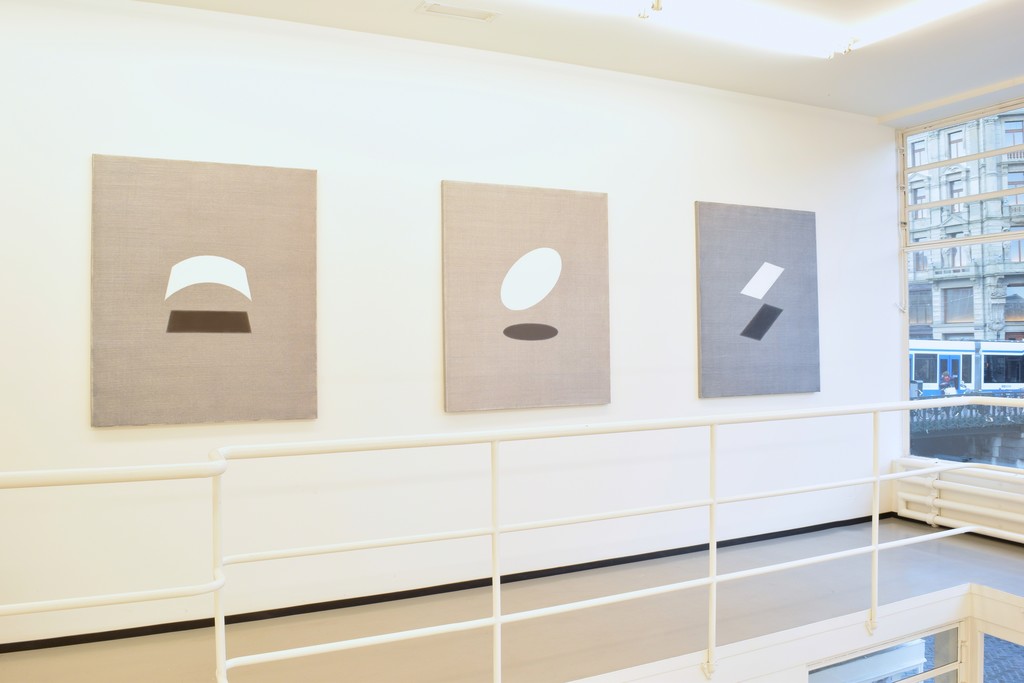 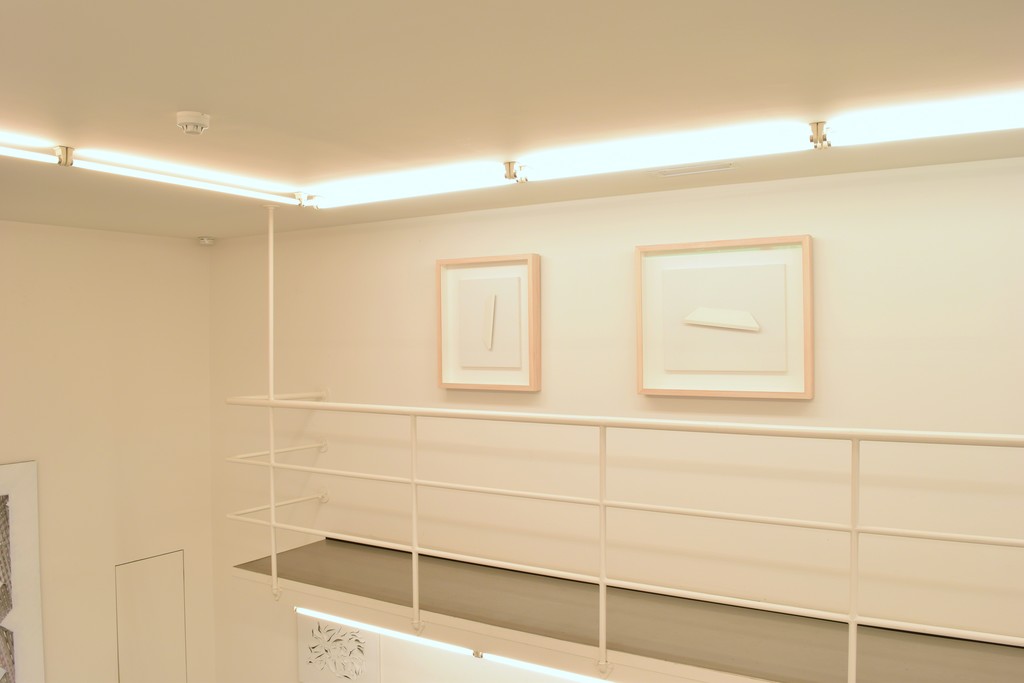 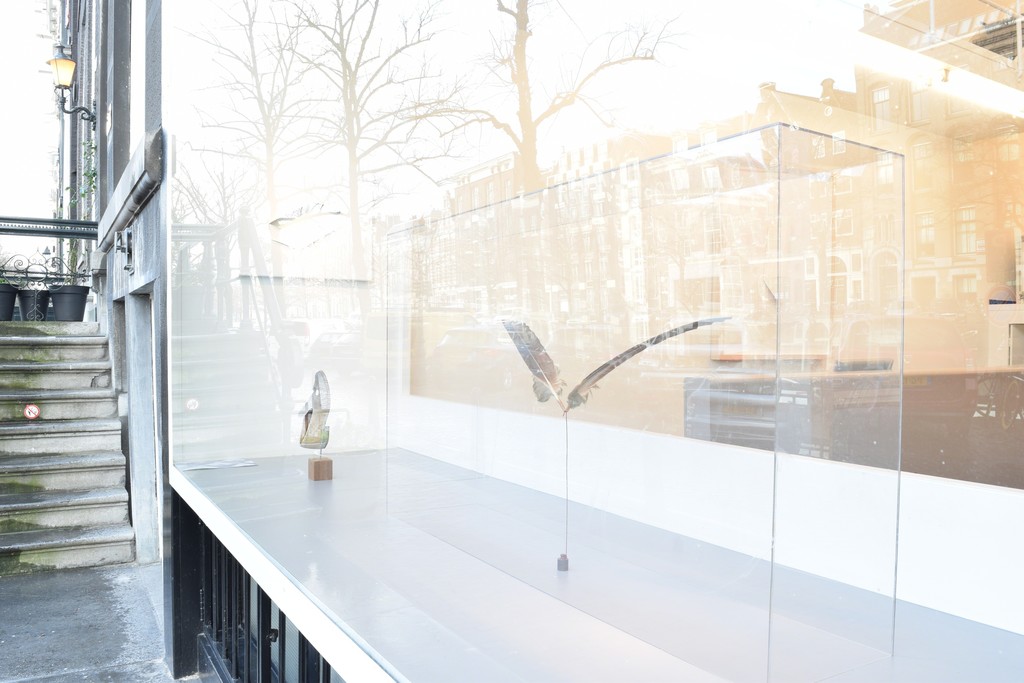 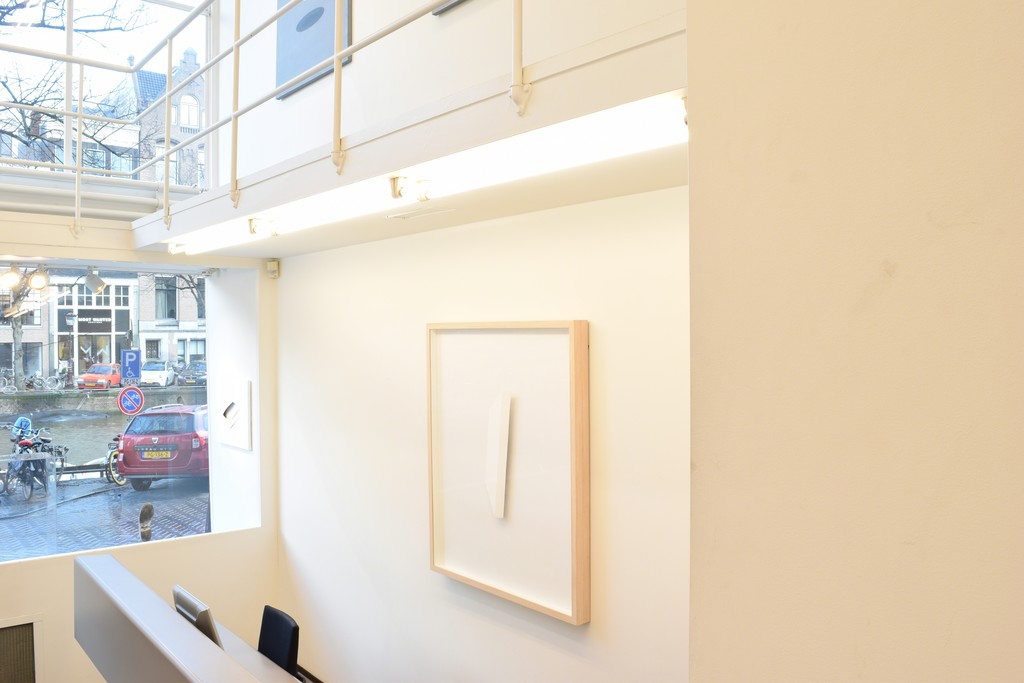 Jeroen Henneman surveys his surroundings. He is probably taking note of an anecdote: a decorative and vivid figure hovering before his eyes that sometimes becomes a persistent chimera staying in his mind for days on end. But for a long time now such a carefree look around has been impossible. The artist no longer starts each work with a clean slate. Looking follows a trail of previous experiences: the other work produced over the years. He therefore knows, more or less, which anecdotes and themes are usable within the familiar method of formal manipulation and the techniques he uses to design them. This sometimes creates a formulation that is gratifyingly enigmatic and surprising; sometimes the theme is reformulated in a subsequent variation. Although over the course of time an oeuvre will achieve a universal openness, it also seems that most artists find their themes within a relatively small area. They remain in that area because they feel at home there; this intimate familiarity with subjects and objects makes the design much more subtle and precise.

It strikes me that Henneman, along with many Dutch artists, is actually a designer of still lifes. While in earlier work, from the start, visual anecdotes do play a defining role, in the final formulation the event has always been stripped down to its minimal form. (This also applied to the technical execution: in sparse drawings, usually black and white.) This procedure is reminiscent of the typical concentration of the classic still life painter on just a few objects and a small surrounding space. Such concentration enables the event, stripped of atmosphere, to be frozen in time and meticulously drawn to produce an object and carefully (no frills) laid out for view like a pair of lemons in a still life. In Henneman's case, originally a narrative realist, it was his awareness of abstract art that took him to this rigid formulation.

In recent years Henneman has started to paint more. He wanted to try larger formats; in order to get started with this he had to find subjects that could take these formats. These were views of architecture – the regular pattern of windows in the façade of a skyscraper or a cluster of skyscrapers where the angular spaces between them formed an abstract pattern. It was a theme that had turned up earlier in his work. In these earlier versions, however, the buildings were observed in a relatively wide prospect, as ornamental objects. In the recent paintings the view of the architecture is closer. They usually fill the whole painting, almost as a fragment, so that the façades and the angular shapes easily appear as an abstract pattern. They are also concisely painted, with the emphasis on contour and rhythm and consistent shape: they are painted inside a drawing. The discovery of the optical qualities that has started off painting is, as before, anecdotal - but the anecdote is directly processed into the larger pattern of the painting. This process actually works in the same way in a second group of recent paintings in which geometric shapes and their imaginary shadows are the thematic starting point.

The image of the still life painter shuffling a few objects backwards and forwards in a small, neatly arranged space, suits Jeroen Henneman busy in his studio, very well. The monumental drawing, lines sawn out in space, which he executed in the office of the Amsterdam housing association De Dageraad, shows a workroom like that of a builder. It is at any rate a fantasy version of one, with cupboards and tables and models and tools and windows revealing a distant horizon. The technique for such work, which Henneman has been making for some time, is amazingly suggestive. The arrangement of the objects, the character of the office, is familiar: it reminds me of his studio. I see him busy in this studio, generally on several things at once. Henneman is also an artist of an exact thematic repertoire that consists of simple objects: the things around him, including those things he has made. These form the furnishings of his imagination. In the studio the objects and their drawing and their shadow and the space between them are continually tumbling over and through each other - until the moment the true image comes. Then, from the multitude of suggestions an image breaks free, a construction, which is now a clear-cut summary of a procedure of design - as objective and lucid as a still life.

The larger formats have given Henneman a fresh overview of his own work and methods. When painting, unlike when drawing, the painter occasionally takes a step back to view the work from a distance and assess it. This literal distance has in recent years enabled Henneman's work to develop a broader approach. Surrounded by all these things in his studio and house, he has still been able to sidestep the anecdote.