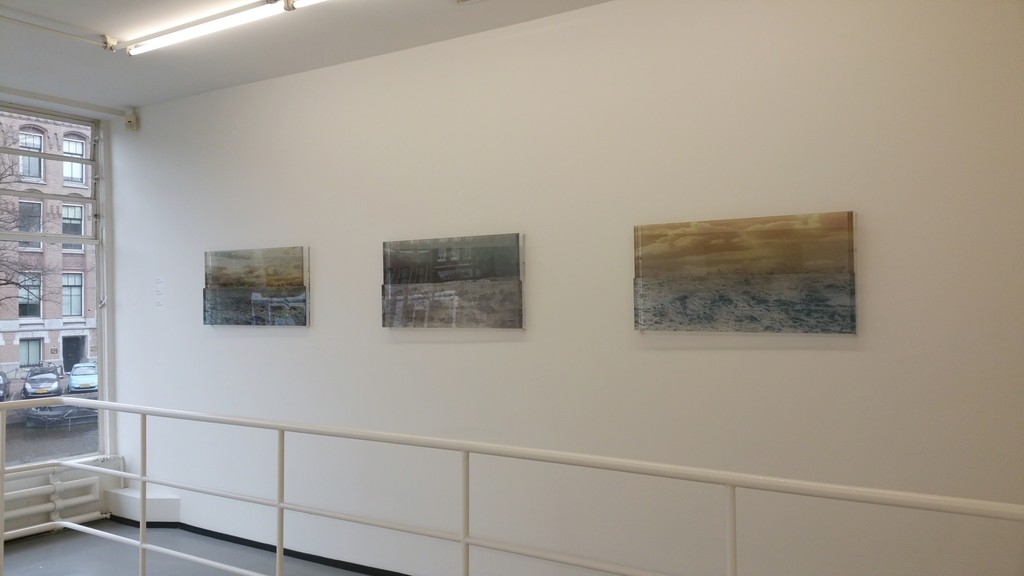 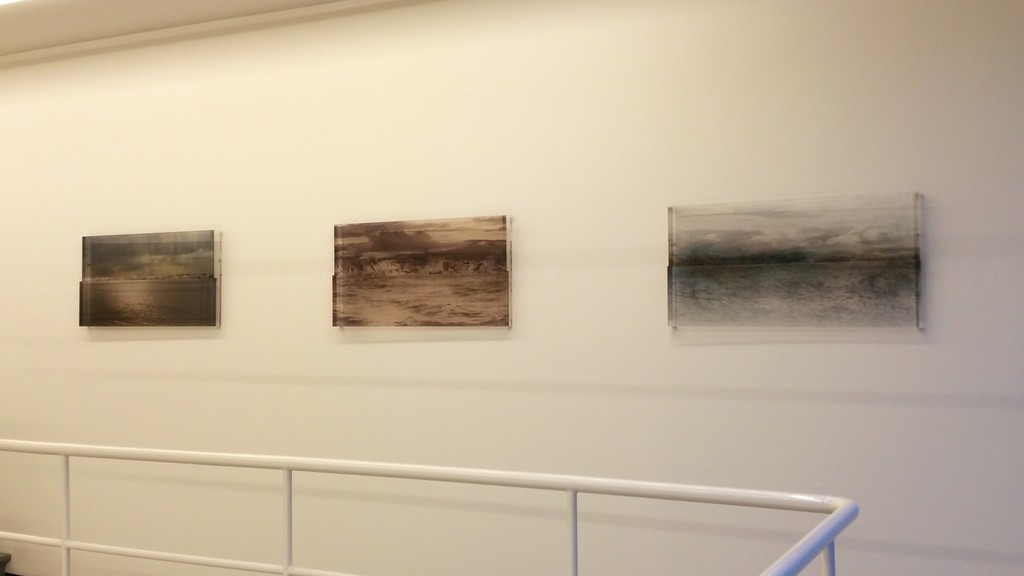 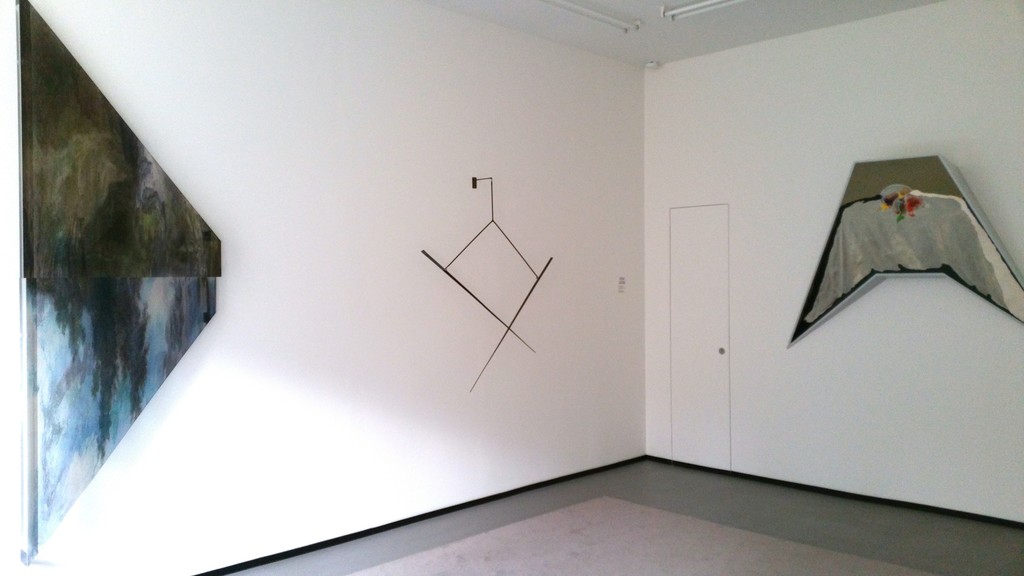 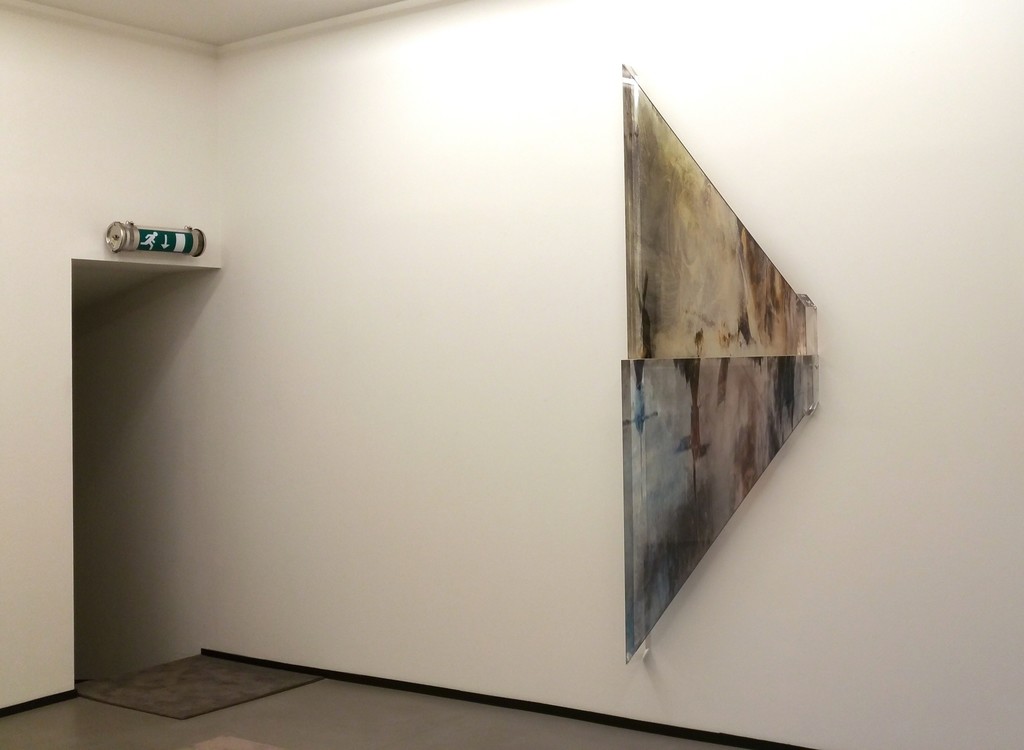 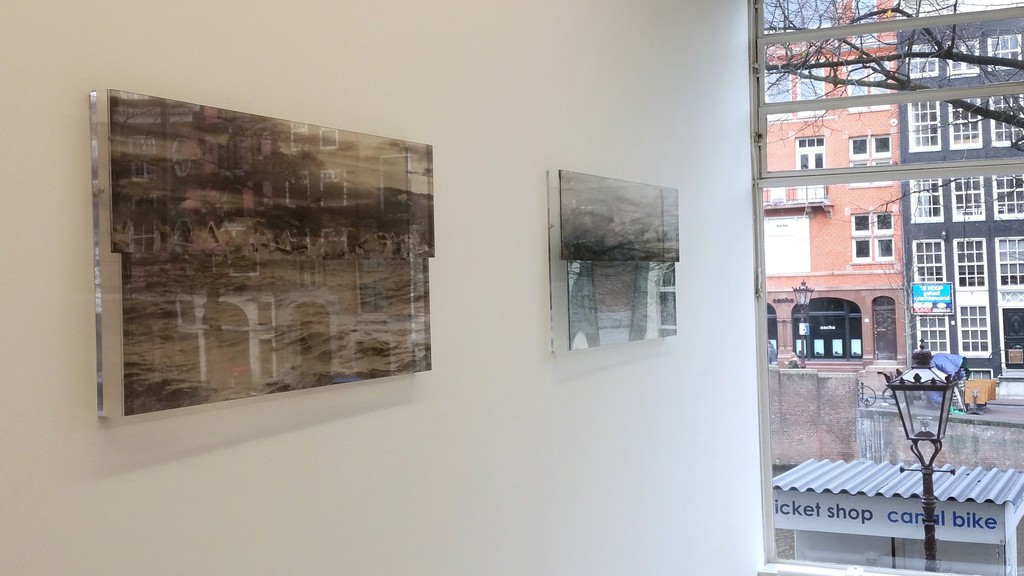 The horizon, or rather: landscape with horizon, is one of the subjects that has most characterized Dutch painting since the 17th century. The lack of 'interference' from hills or mountains enabled the Dutch landscape painters to capture their images - from land or sea as far as the eye could reach, transitioning into the sky above - in these very distinctive paintings. Using this virtual line to "horizontally" slice through the landscape or seascape.
Ger van Elk states that every element painted in a landscape is physical: land, water and sky. The horizon is not a physical element. Does it exist or not?
In an extraordinary 1999 exhibition in Museum Boijmans Van Beuningen, Van Elk arranged for a series of 17th century landscape paintings to be hung side by side so that the horizons lay in one line, frame touching frame. Opposite these, a series of 19th century landscapes, hung in the same way but now upside down. At the very least Van Elk's intention was an offensive approach to the Old Masters. However he did force the viewer to consider the position of land and sky, below and above on a spherical globe. And in between: that visible/invisible, virtual and yet existent horizon.
“What I want is a realistic depiction of non-realistic situations”, Van Elk once noted in an interview.
From this idea and his art historical interest for the "Dutch landscape" a number of works are created starting in the mid-nineteen-nineties with the Kinselmeer, a lake just above Amsterdam, as their subject. There, Van Elk took photographs of the water, the land on the horizon and the sky. He used a computer and brush, ink and paint to manipulate these photographs in order to then produce transparencies. And as if wishing to remove that non-physical element of the horizon, he slices the image 'horizontally' through the middle and mounts both sections at a slight diagonal angle to each other in plexiglas, thereby creating a vaguely disconcerting image. The fact that the horizon also has an additional, metaphysical meaning for Van Elk, in particular that of a horizon that things can loom over or, conversely, disappear behind, makes these ‘horizon works’ especially characteristic of his oeuvre.
Wednesday May 29th 2013, Ger and I are sitting on a terrace in Venice, waiting for the official opening of “When Attitudes Become Form” in the Fondazione Prada, a ‘remake’ of that renowned exhibition in Bern, 1969. Just as Van Elk made his presence felt in Bern, he is also doing this again with a few works in Venice today, along with his fellow-artists Dibbets and Boezem. We are talking about the work then and now and he tells me he has plans to have another go at the 'horizon' theme. He has got an idea for a series of very small horizon works using liquid, and also for a series of small Kinselmeer pictures. The films have been edited and are ready, but have not yet been mounted in plexiglas.
Now, more than two years later and one year after his death, these ‘Kinselmeers’ have been mounted into their plexiglass casing with the help of Ger’s assistant Bas Witlox and are ready for exhibition. It is this series, complemented with a few earlier monumental horizon works, that forms the core of the exhibition: