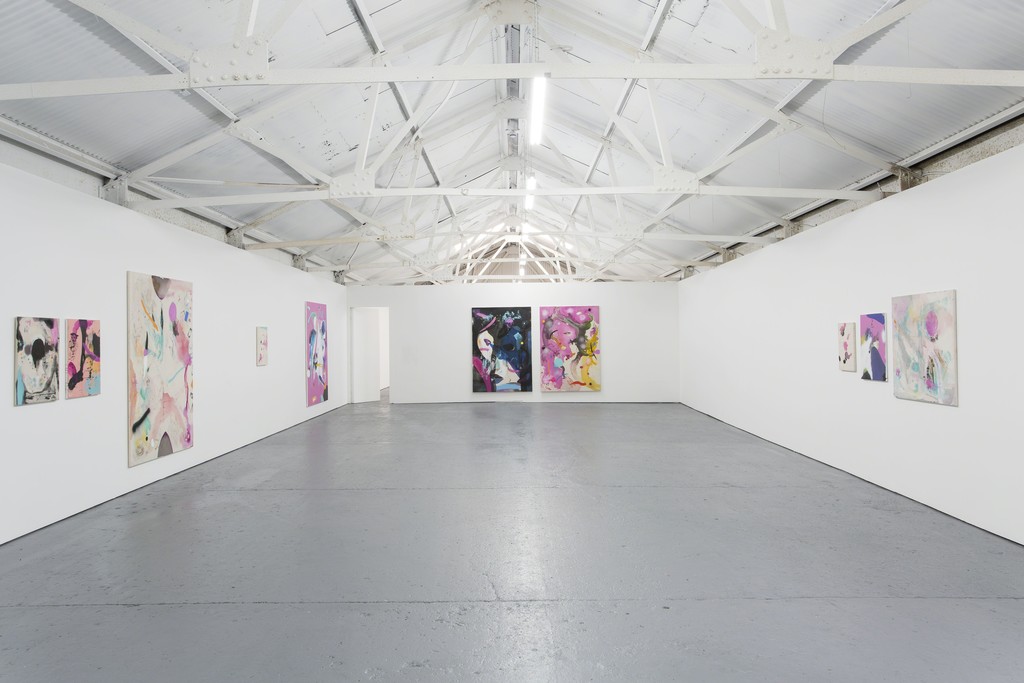 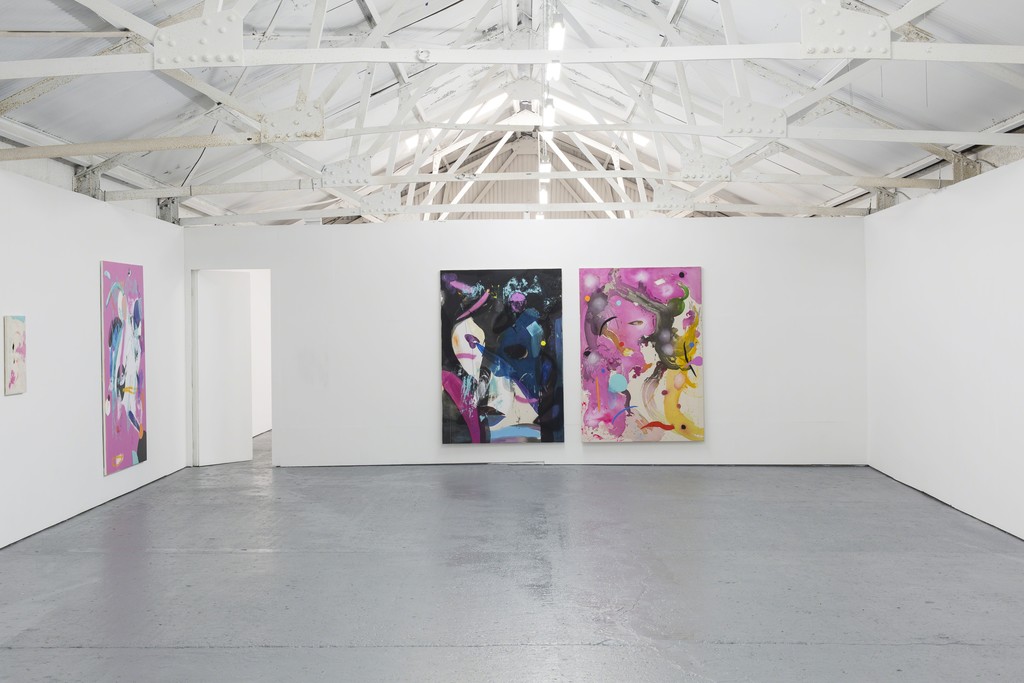 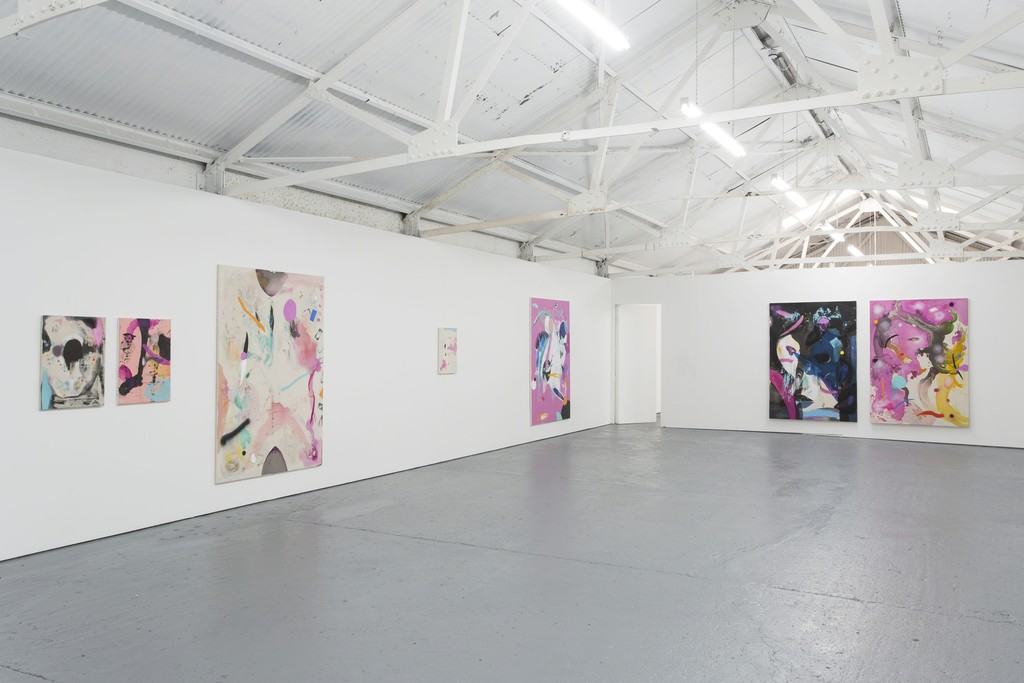 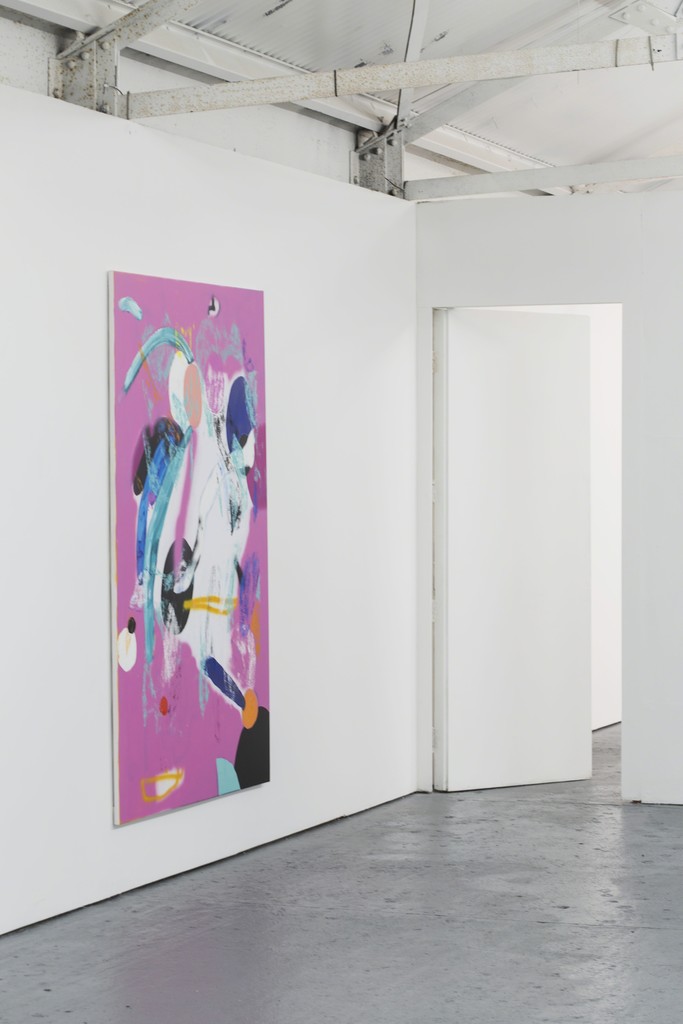 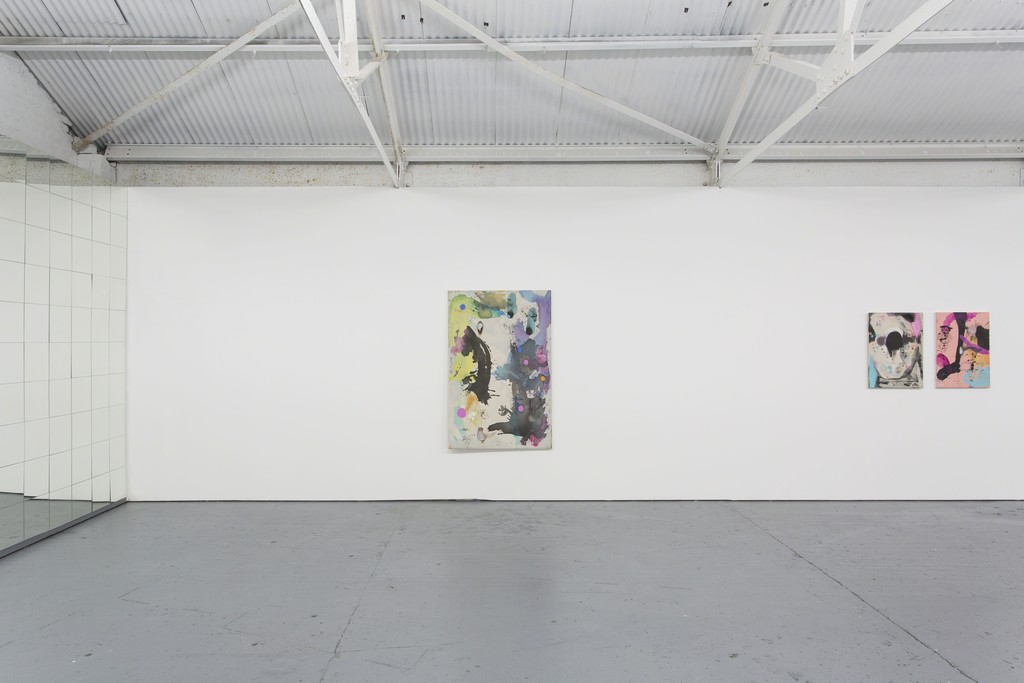 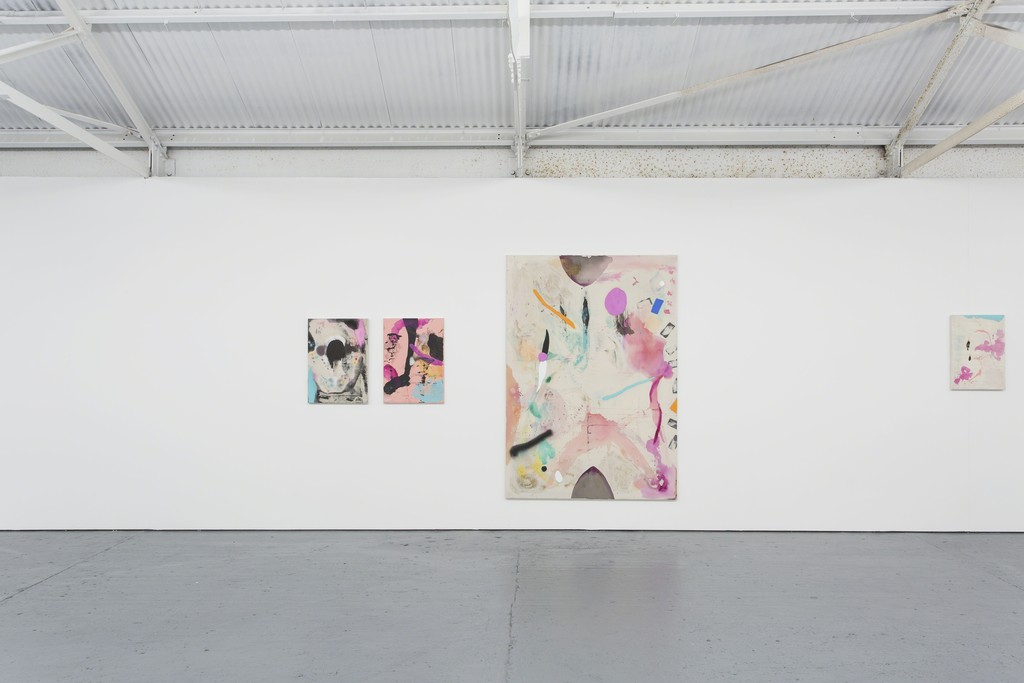 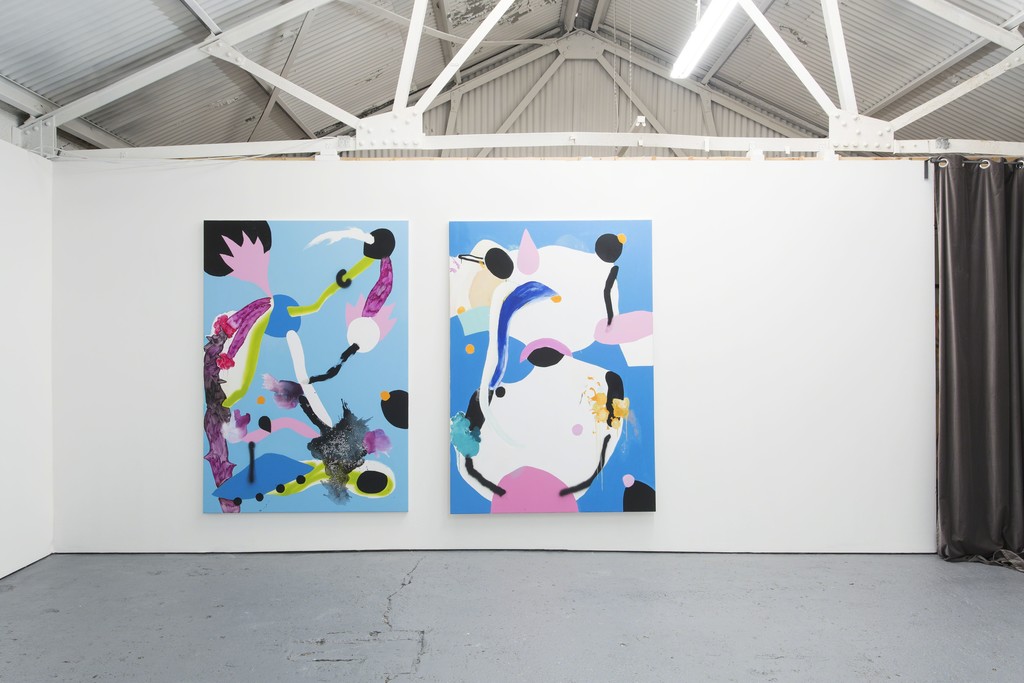 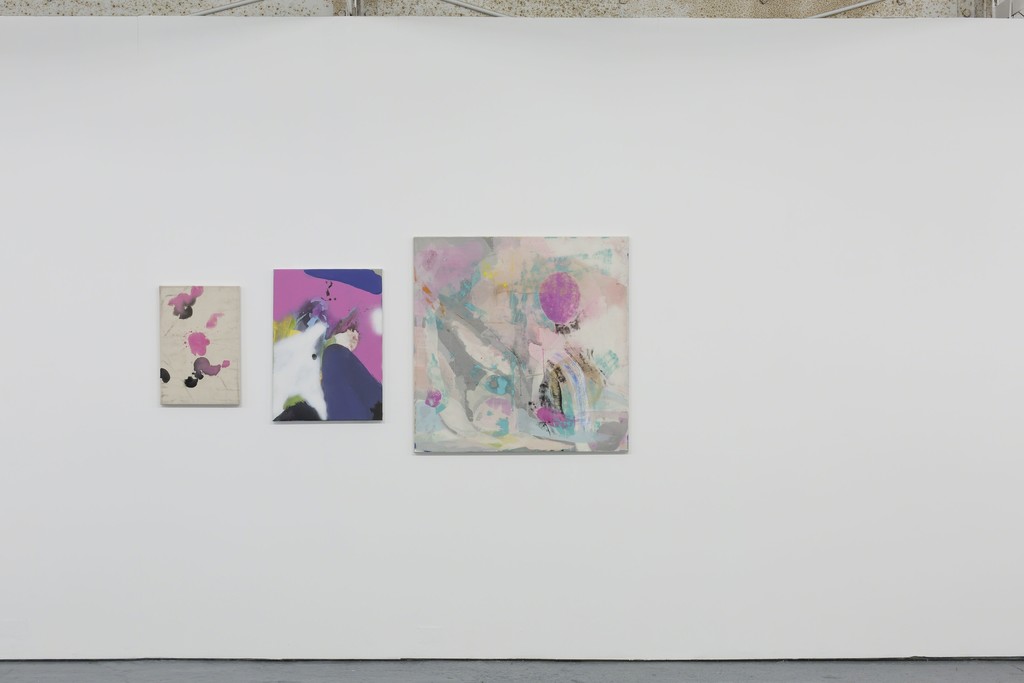 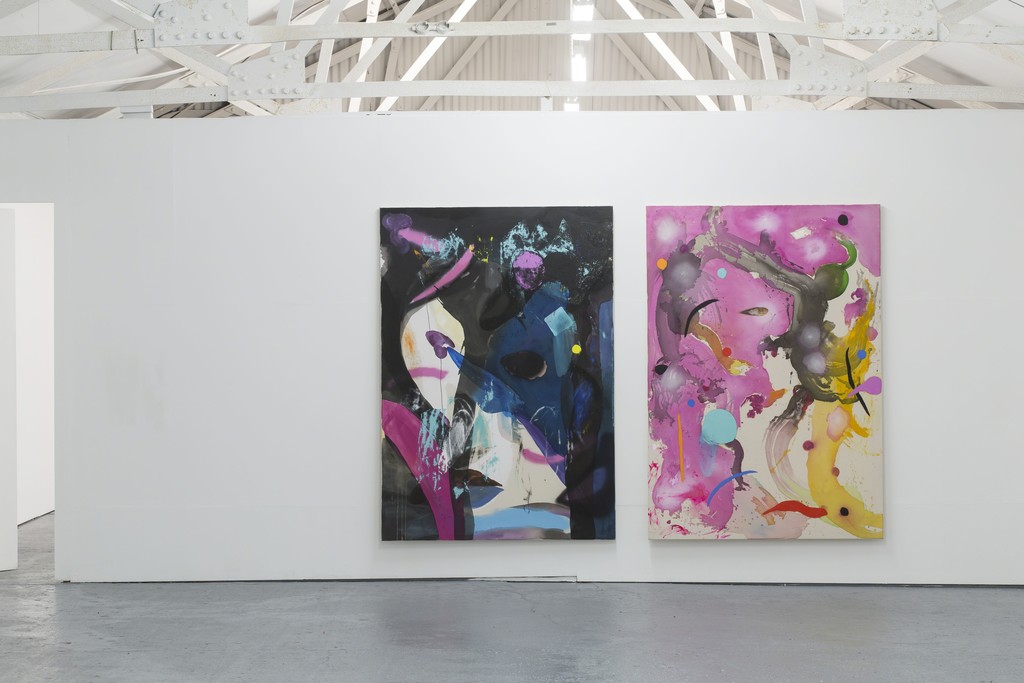 The exhibition features a series of paintings that follow the logic of creating through destruction, pushing the boundaries of the picture to arrive at new formal configurations. Taking inspiration from Helen Frankenthaler's paintings and works on wood, as well as Agnes Martin’s writings on the emotive and expressive power of art, Silva is also familiar with Hilma al Klint’s mystical paintings, and the work of female artists such as Georgia O'Keeffe, Marisa Merz, Carol Rama, Jutta Koether.

Caterina Silva has traveled extensively but her views are deeply informed by her childhood in Rome. Living there meant continuously encountering the sacred and profane, past and present, freedom and intolerance. These contradictions are reflected in Silvas’ tendency to switch from one symbolic system to another by combining different visual traditions in her works. Taking inspiration from personal memories and mythological, art-historical females, she paints on both sides of the canvas, often un-stretching the canvas, rolling it up and reworking it, capturing the transition in which the divine enters the daily, the impersonal becomes personal and performance becomes life.

She paints a utopian world devoid of hierarchy, in which gestures and motifs turn into objects, trees become dancers, and shapes become the indecipherable tongues used to tell secret stories and suggest alternative realities. The oil paintings are categorised into an alphabet, each picture speaking a code that cannot be revealed, images with alter egos, fragments of earlier works. The narratives that Silva is building will be open and evocative, allowing for the viewer to approach the works with their own histories and horizons.

“The alphabet is secret because it is my own language, a painting language that doesn’t have a clear rational translation. The tongue that understands it is an emotional, musical tongue; the code is based on a system of gestures, techniques and figures that I have been building for the last two years.”

Caterina Silva is not interested in semiotics at a scientific level, and is more engaged with the poetics of the philosophical language rather than the meaning: “I find it hard to make clear connections between my painting and categories of philosophical discourse; the signs that I paint on the canvas don’t have a ‘meaning’, they cannot be related to specific objects, they are simple ‘signifiers’. They exist for themselves. Of course the observer is free to make his/her own connections and to build his/her own world through the shapes on the canvas.”