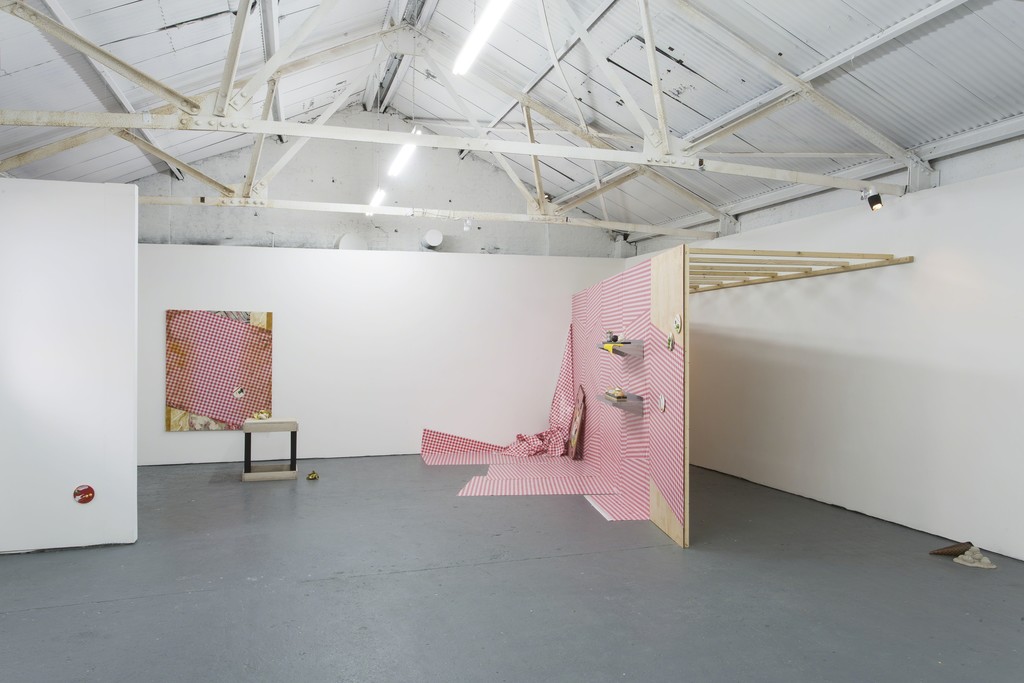 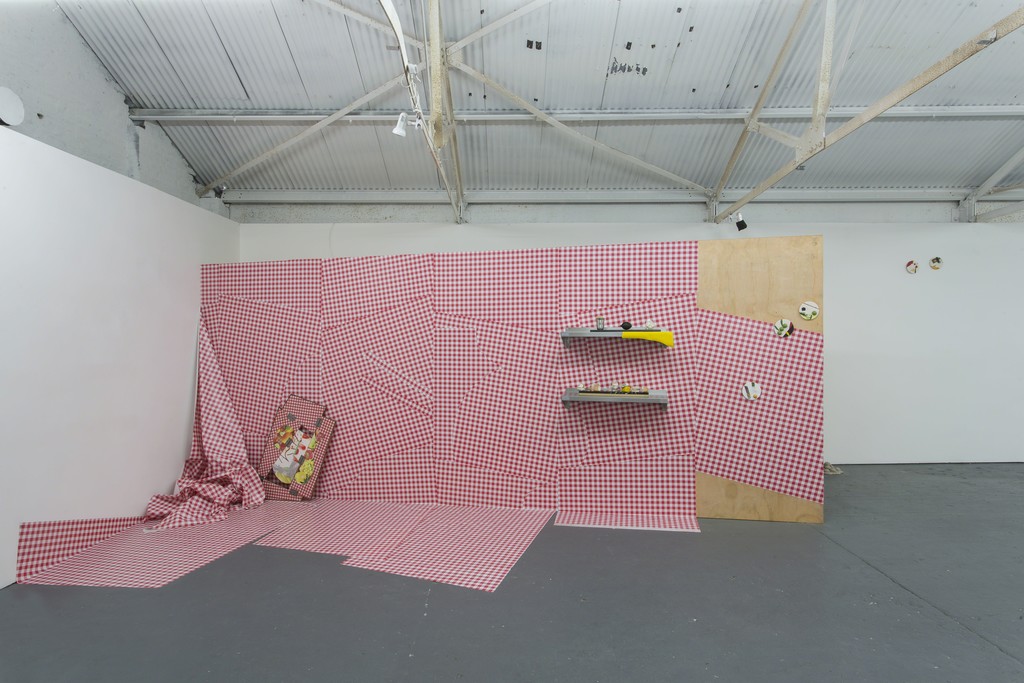 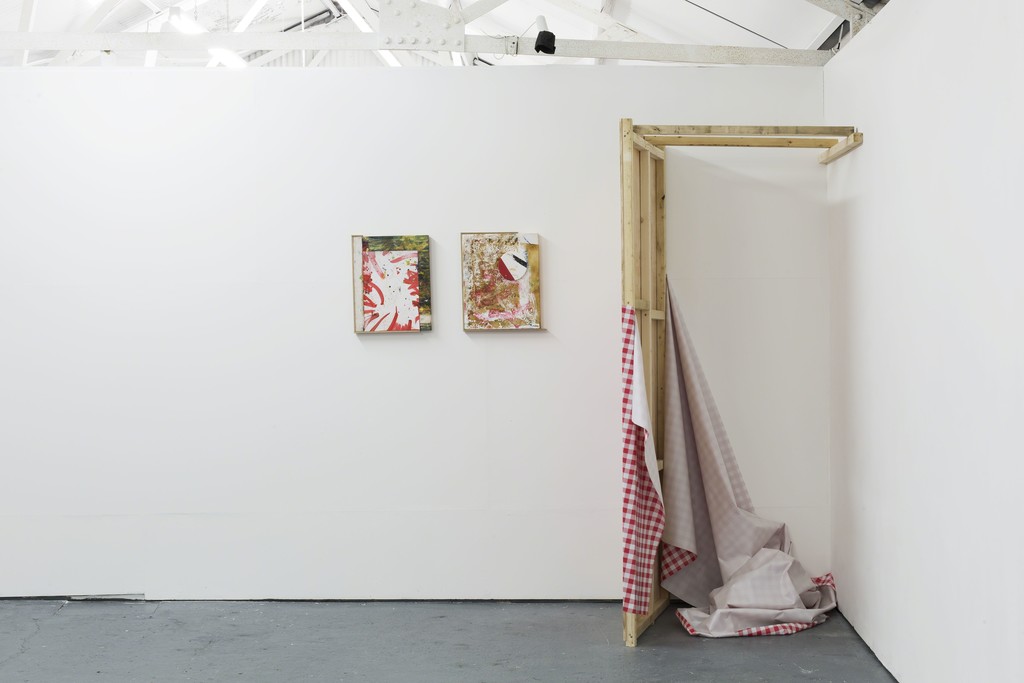 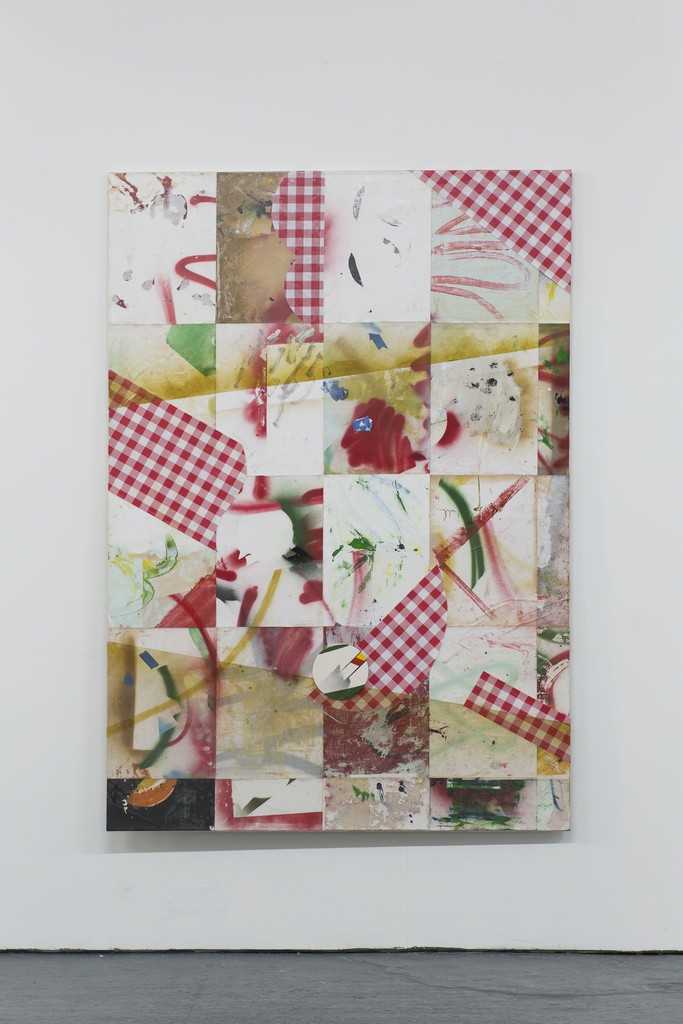 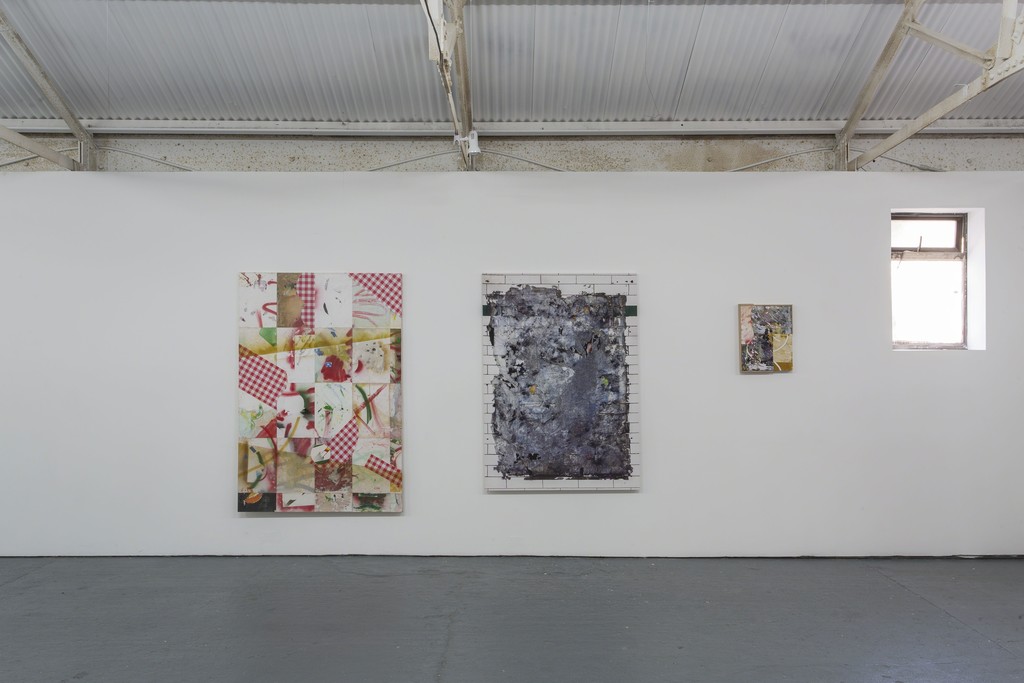 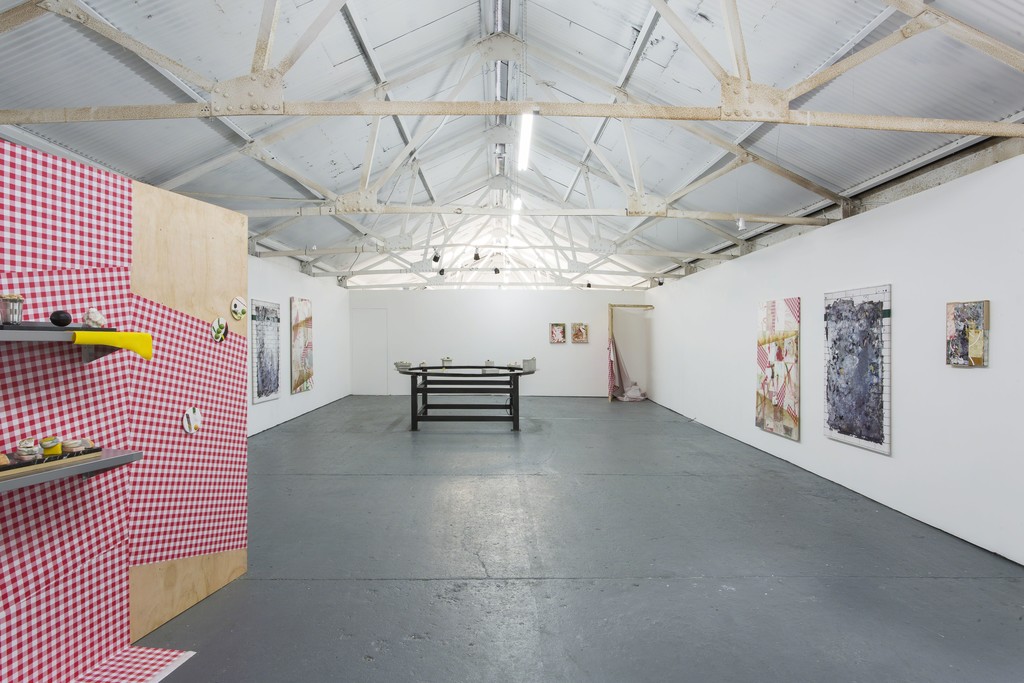 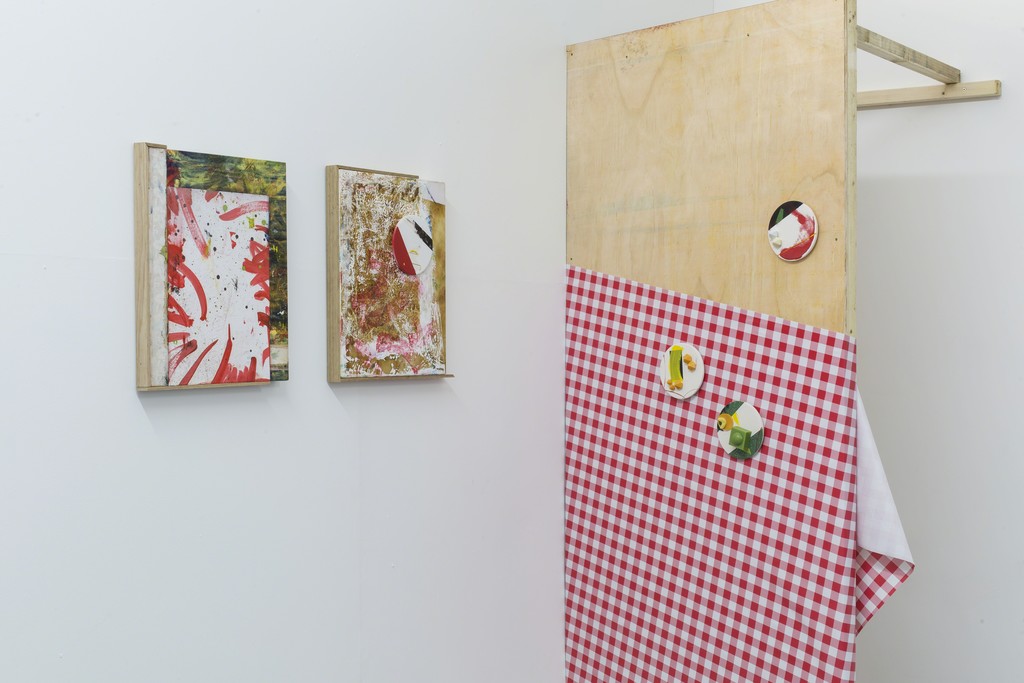 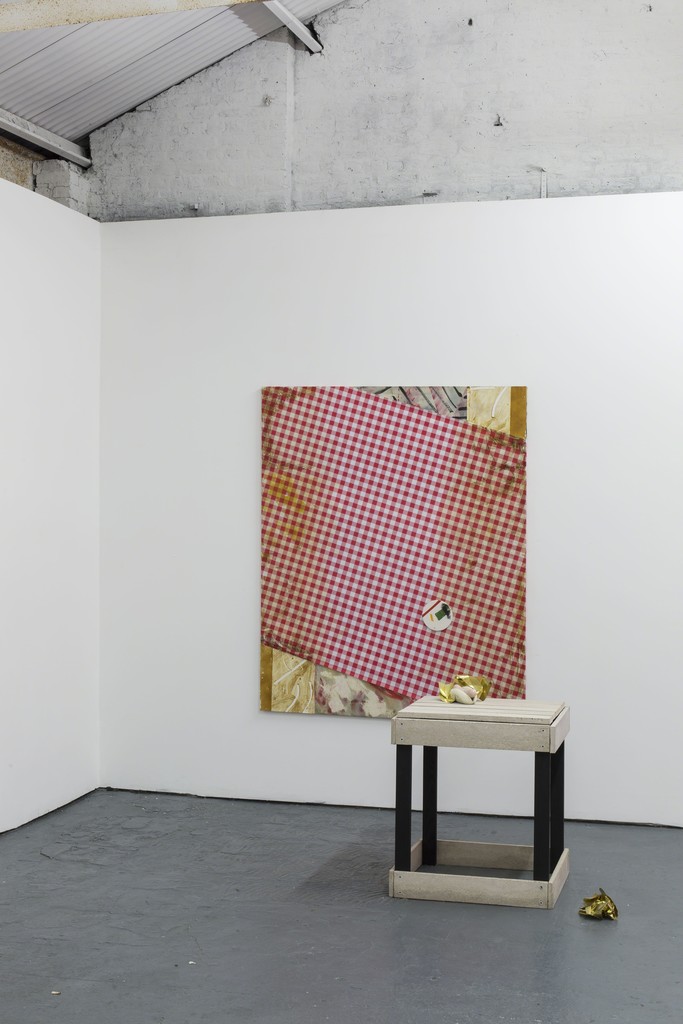 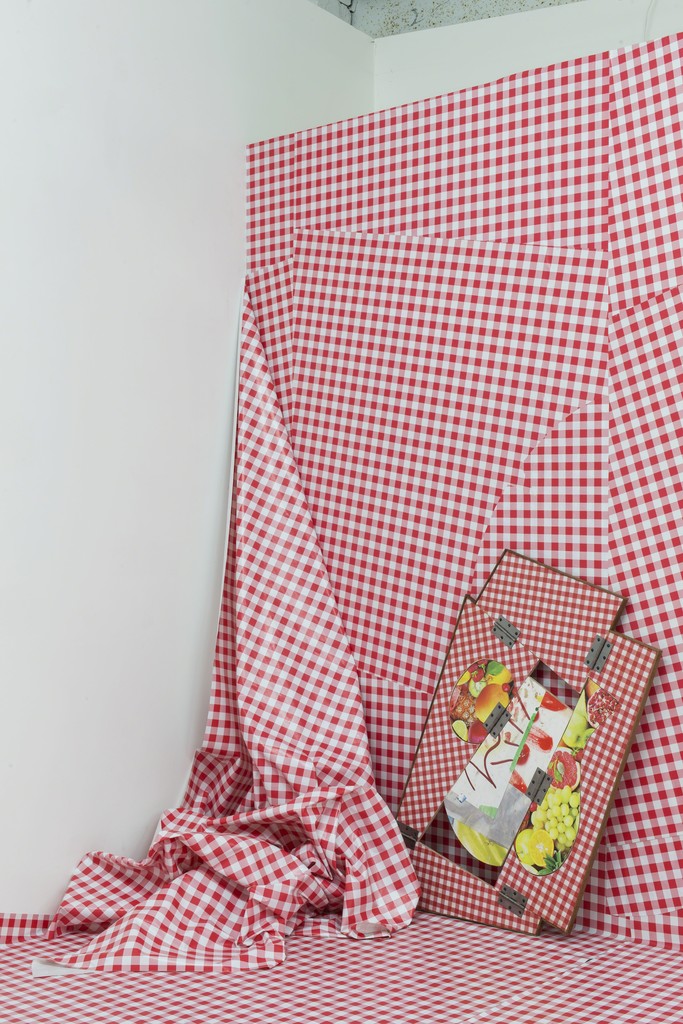 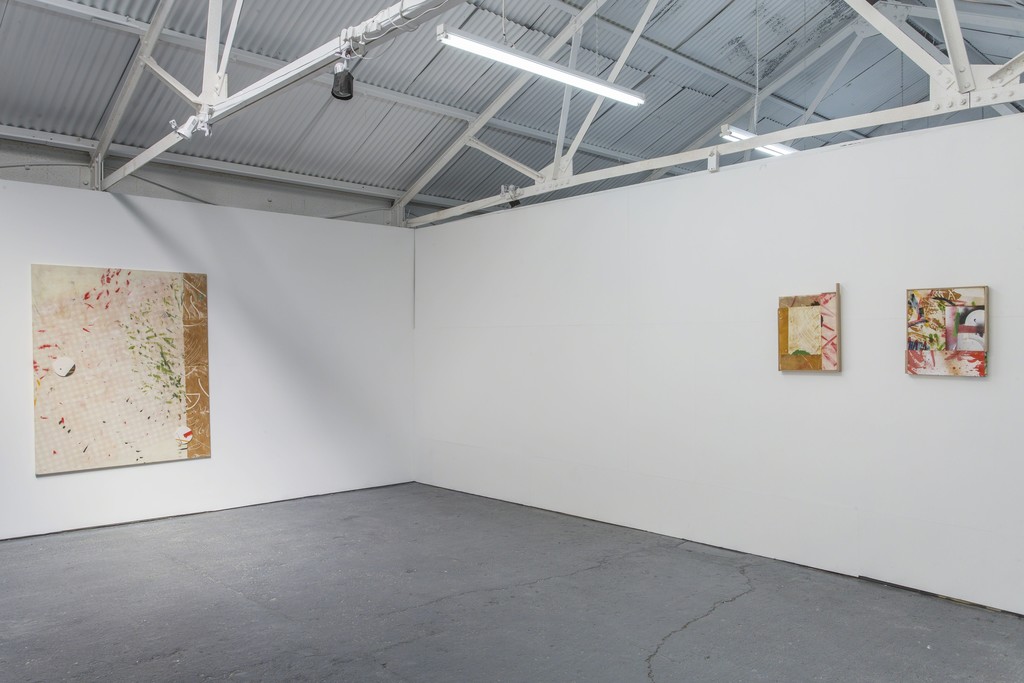 “….we were looking at this idea of the alfresco, from the glorified past of outdoor eating to the throwaway culture of modern food courts,” George Little.

Under the Cloche or You Always Catch me Napkin, is a collaborative exhibition of new works by George Little and Lucy Tomlins. In a city such as London, we are bombarded with influences and cultural fusion; we can pick and pull, browse, nibble and reassemble at will or whim.

This exhibition becomes a visual buffet of sculptural works, painted reliefs and collages revolving around food, yet none of it edible. It explores consumption, desire and etiquette, ironically presented through imagery of food, and looks at the production (and over production) process, lifecycle and the context of food. There is a humourous interaction with fine art traditions, notably modernist and formalist approaches; the artists are playing with how these constructs are adopted and presented to us by the food industry.

George Little creates mixed media paintings and wall-based painterly collages that sample and re-edit materials such as the picnic cloth and the parameters of the studio; he reuses previous works in an endless cycle of ingestions, re-digestion and rebirth. The artist uses his idée fix of the tablecloth, combining it with wood, damask and linoleum, as well as old brass clippings, to create collages on canvas that become wallpaper-like reliefs. “I quite like using the liberty of the throwaway, such as a disposable, cheap and tacky tablecloth,” he explains. “It’s an interestingly flippant contrast within the embedded history of painting, it clashes with the idea of the highbrow, of fine art and fine dining. It’s interesting to intertwine these two concepts, a bit of a smorgasbord really.”

For this project the artists have reframed Western modernist traditions of display through the Japanese art of food arrangement and presentation. Drawing on the Japanese verb ‘yosou’, which means to dress up or ornament, they have organized the exhibition with consideration to the principle of balance and harmony found in five: five colours, five flavours – hot, tart, bitter, sweet and salty, five moves. In Japanese cooking, when multi-coloured foods are arranged on serving dishes, great attention is given to the matter of spacing The theatricality of display, achieved through elements of set design and moving sculpture accentuates that eating and our relationship to food is increasingly staged and trend-driven.