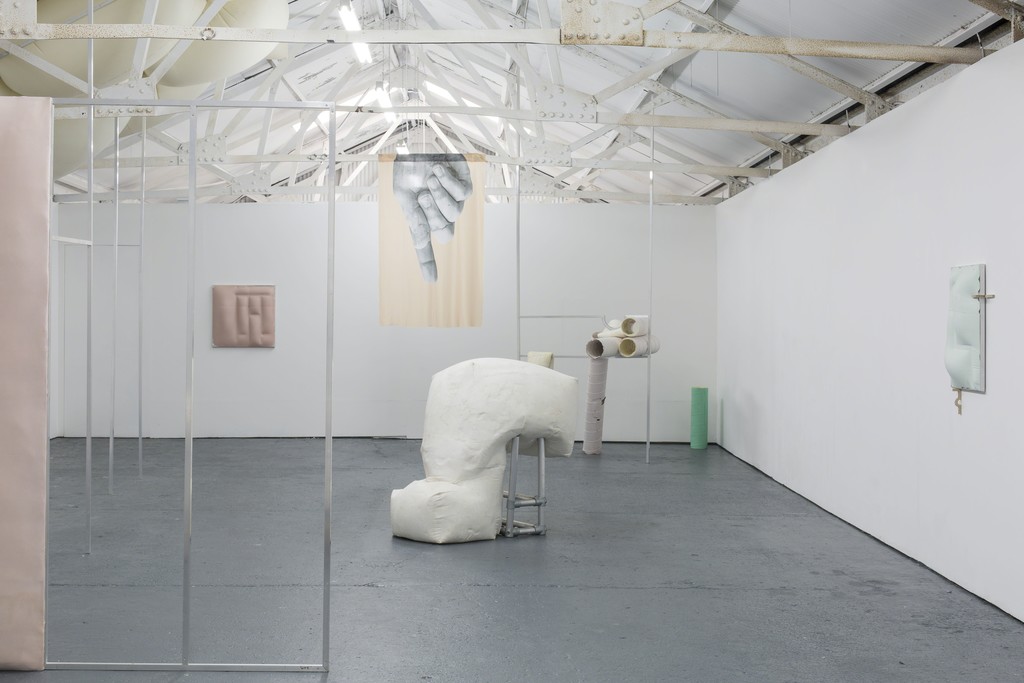 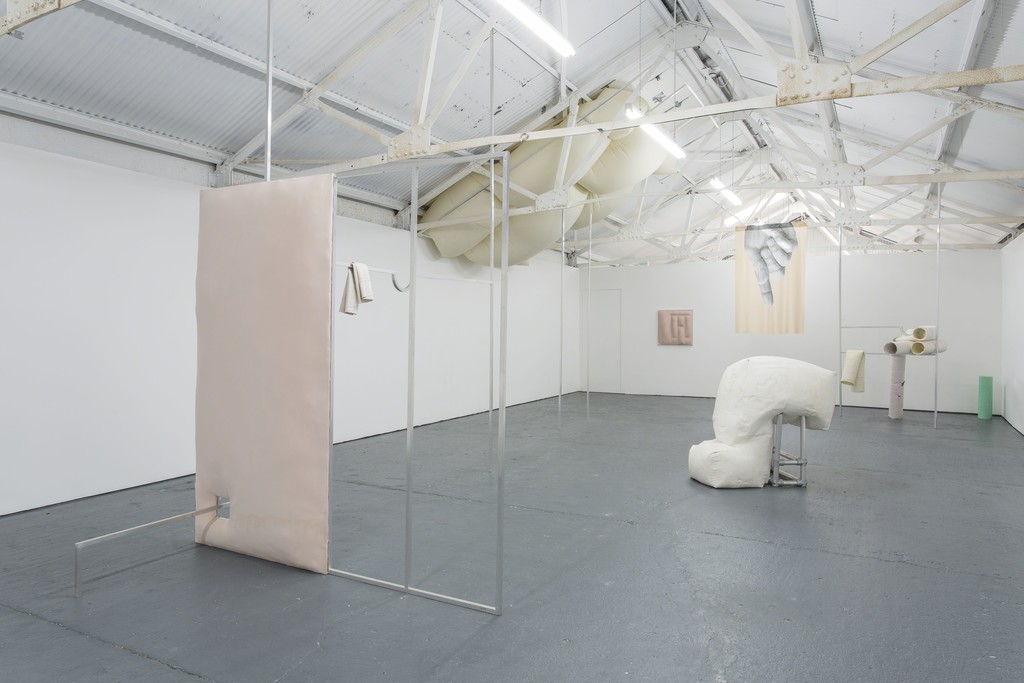 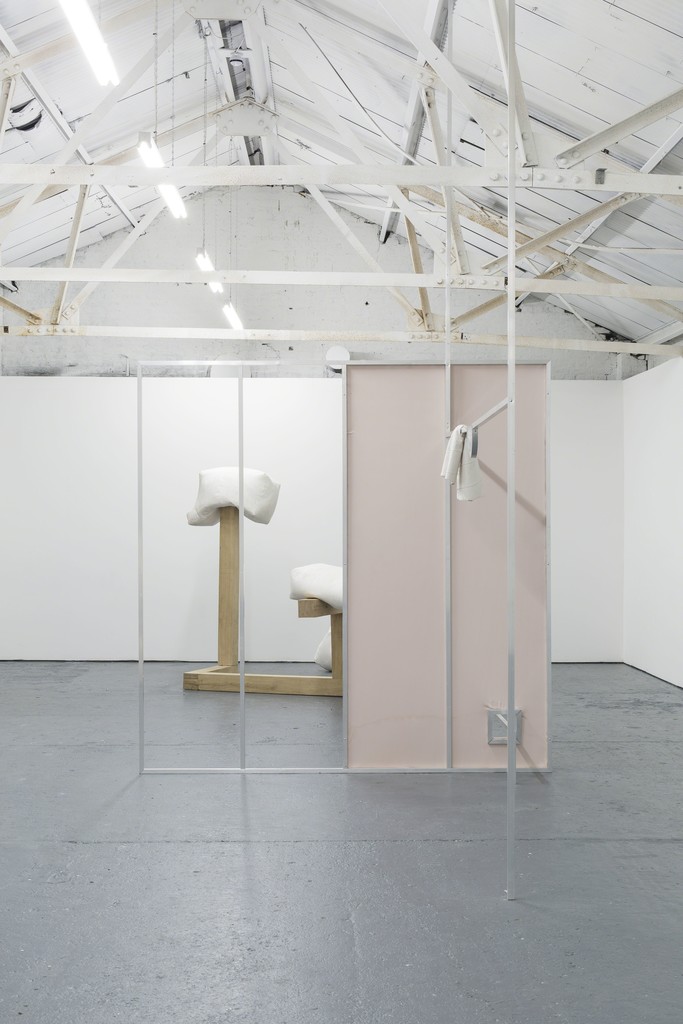 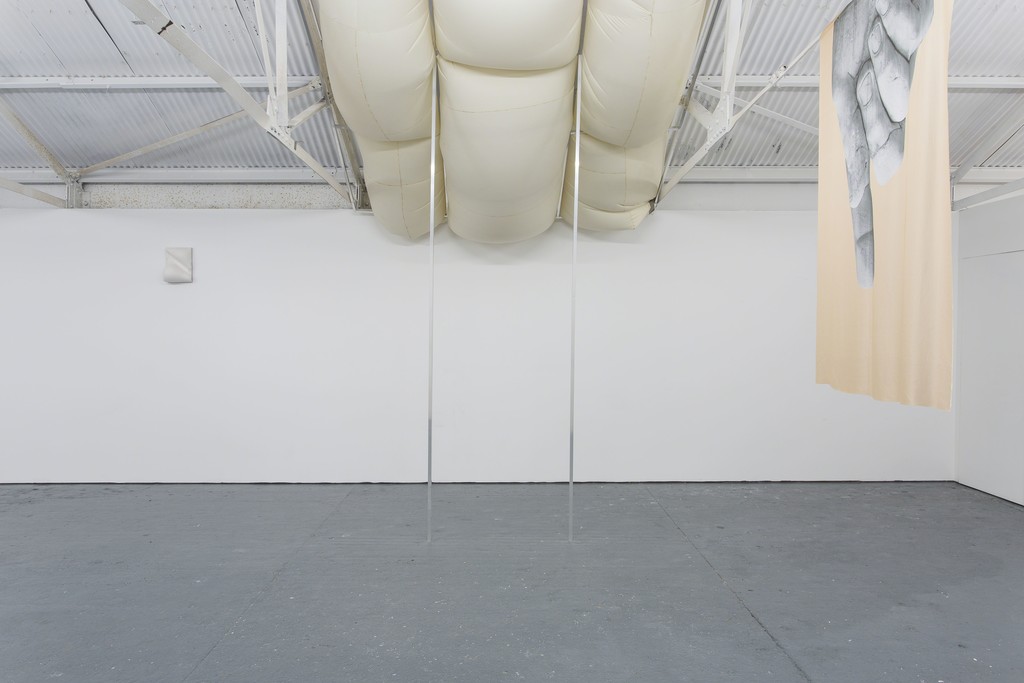 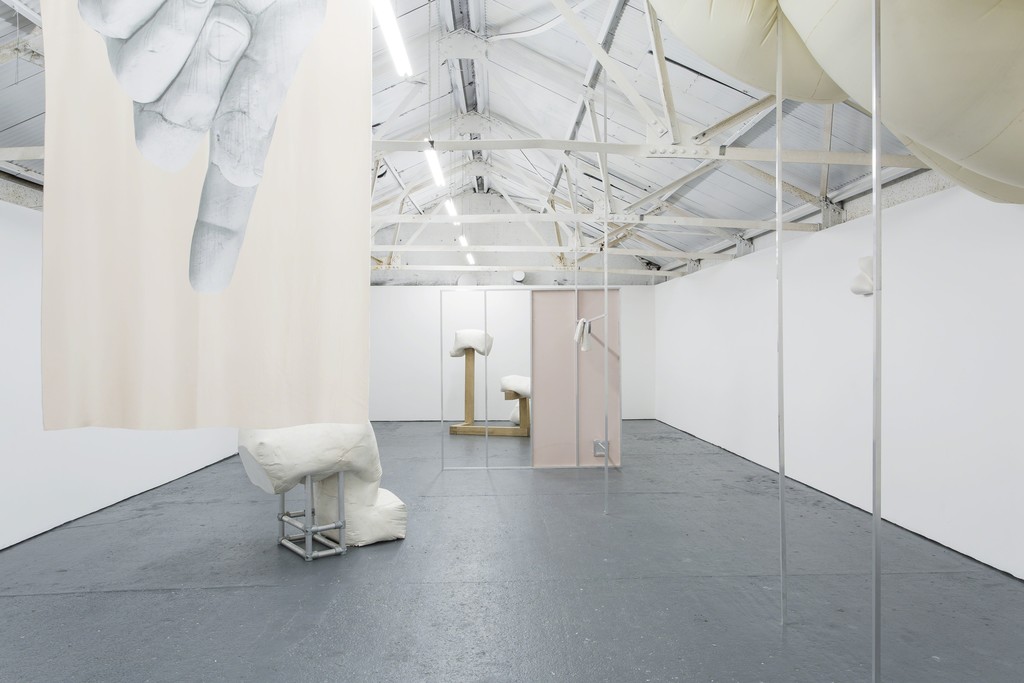 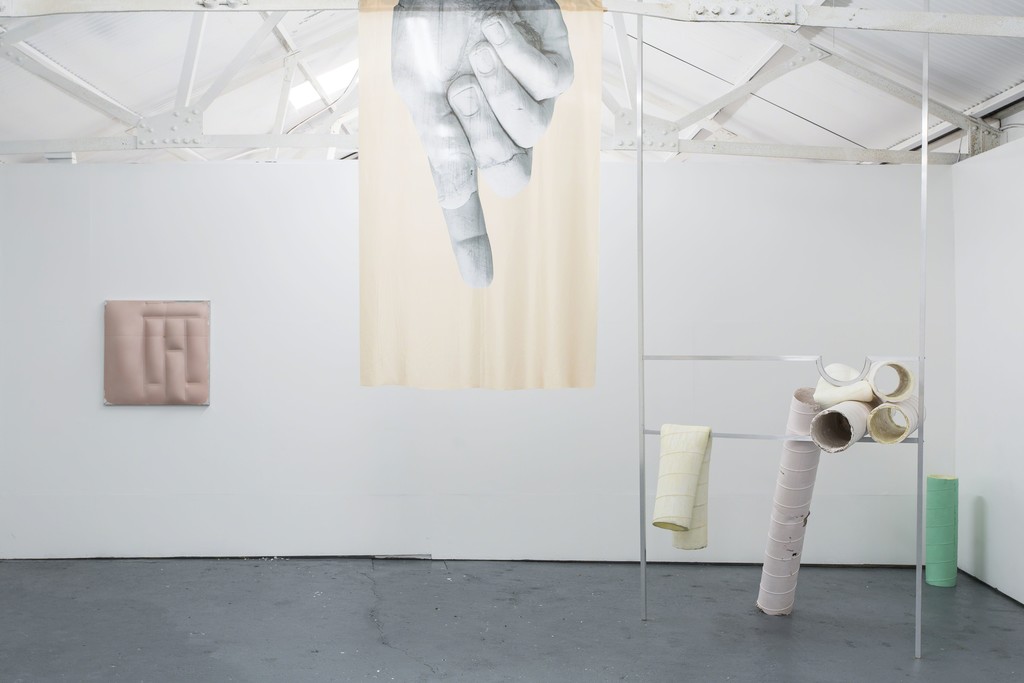 Holly Hendry’s solo project is titled, More and more, more is more, after a phrase from Rem Koolhaas’ essay Junkspace, a lament for modern architecture. The exhibition reflects some of the text’s preoccupations with our use of space, spreading like a toxic mass across the planet uniting shopping malls, airports, hotels and art galleries. Space, according to Koolhaas, is sealed together by skin, like a bubble, and is investigated through its containers: “all theory for the production of space is based on an obsessive preoccupation with its opposite…architecture.”

By using industrial materials, basic building aggregates and processes of casting and construction to draw on the inside and outside of objects, Hendry explores different ways of containing, breathing, constructing and producing space. Holly Hendry is drawn to personal living spaces as ‘memory architectures' with knowable boundaries, conceiving of these as hard frameworks that give way to stickier, more complex, relations. Her works often appear in pieces; amputated architectures that behave like tiles or bricks, stacked or cut off at the limbs, suggestive of the classical, fragmented figures that they mimic and mock.

The exhibition drew on Hendry’s previous body of work titled Hollow Bodies, completed after a year-long residency at BALTIC 39. For this exhibition, Hendry’s works will emerge from replicating and transforming dimensions taken from architectural interiors into bodily, skeletal or inflatable forms that mimic breathing and bring the circulatory system of the space to life.

The exhibition allows us to explore the current state of our sensory perceptions within the spaces we inhabit. Our ever-increasing interaction with computer-screens, technology and over saturation with images, leads us to need, and want, more and more ways to engage with real space. The series of performances, taking place on 23 January, 2105, intervene, seep and undulate, and distort your presence in the gallery, converting it into a place where we can see the ‘residues’ of junkspace in the making. From the exhibition’s inception, the artist will continue to fabricate works, in an artificially constructed studio, leaving traces and changing the gallery.

Holly Hendry (b. 1990, lives and works in London) won the Woon Foundation Prize for Painting and Sculpture in 2013, leading her to complete a yearlong residency at BALTIC 39 studios, which culminated in the exhibition Hollow Bodies at Gallery North, Newcastle. She has just begun her Masters Degree in Sculpture at the Royal College of Art, London, having completed her BA at the Slade School of Art, London. She showed work in the March Project at the Sharjah Art Foundation, United Arab Emirates, at Lewisham Art House, London and The Royal Standard, Liverpool (all 2014).