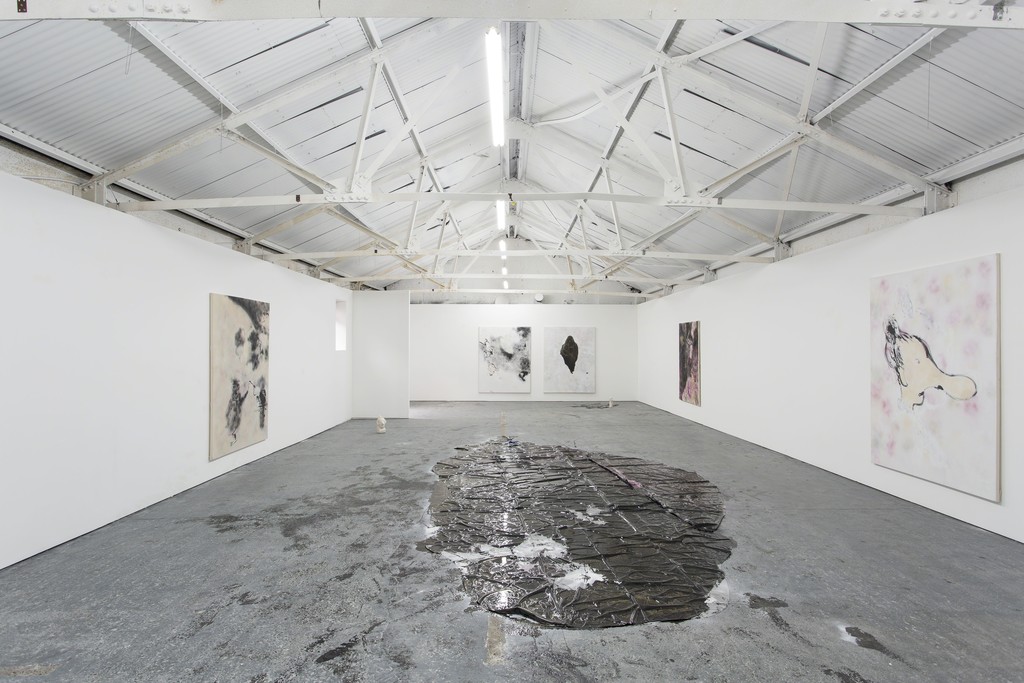 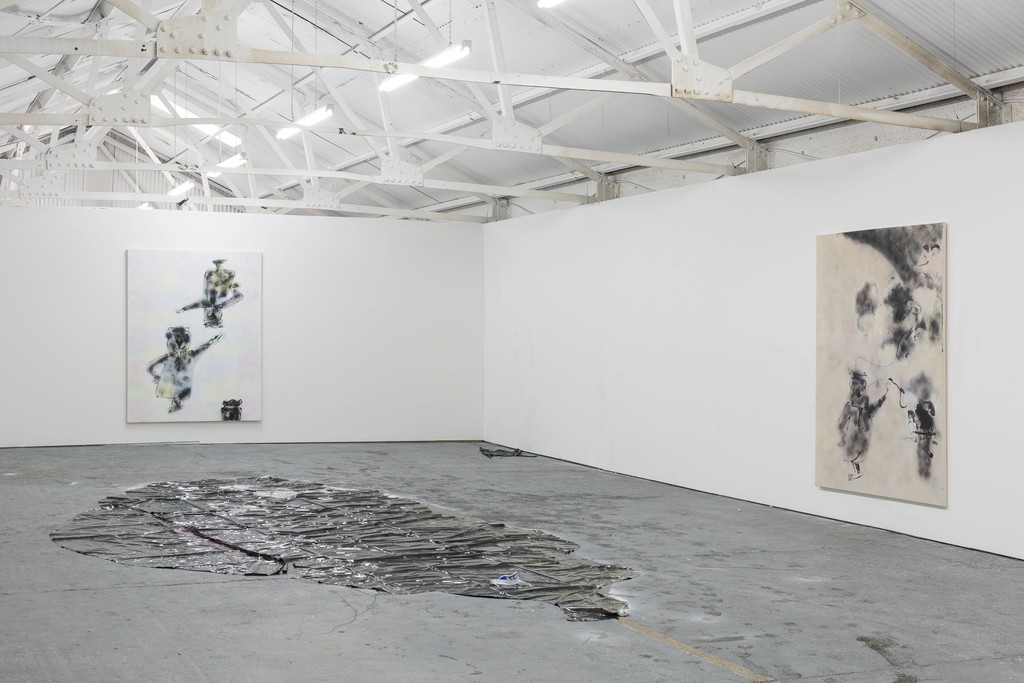 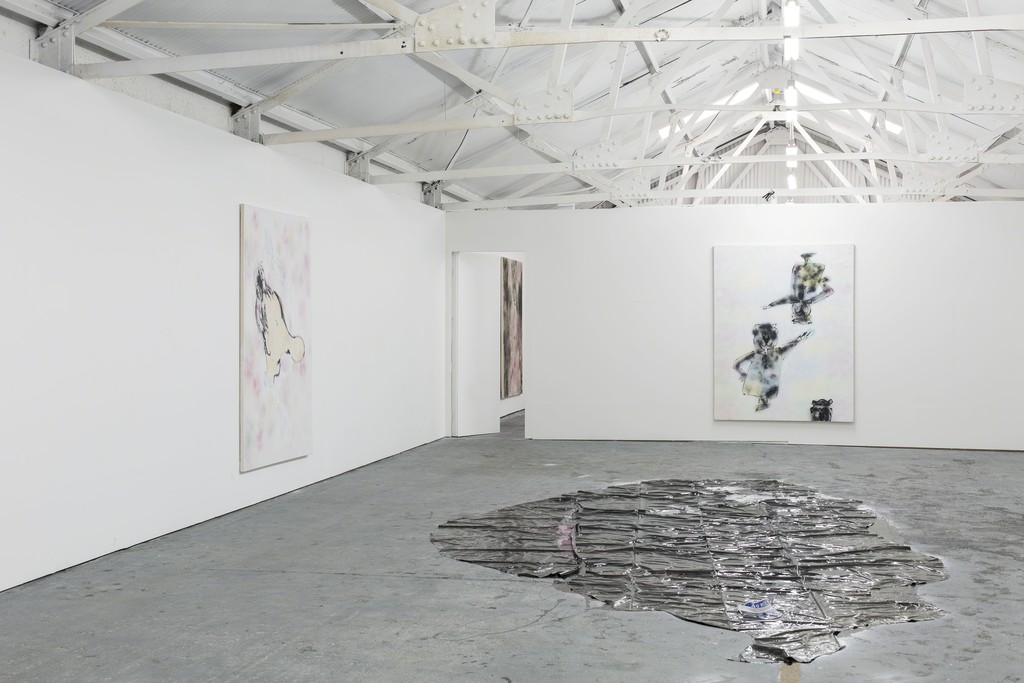 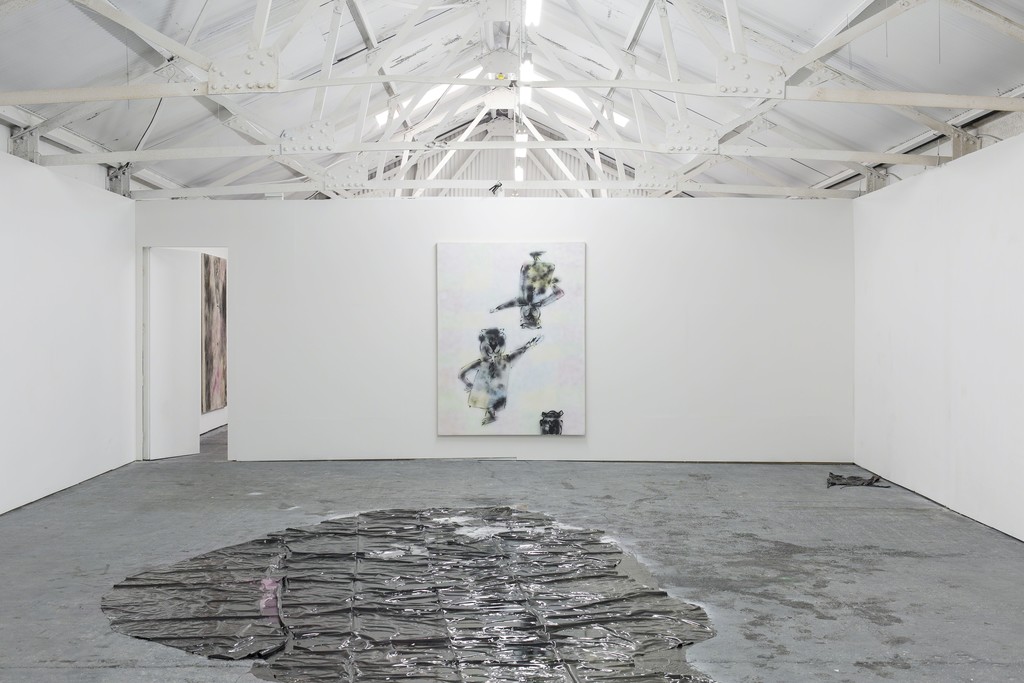 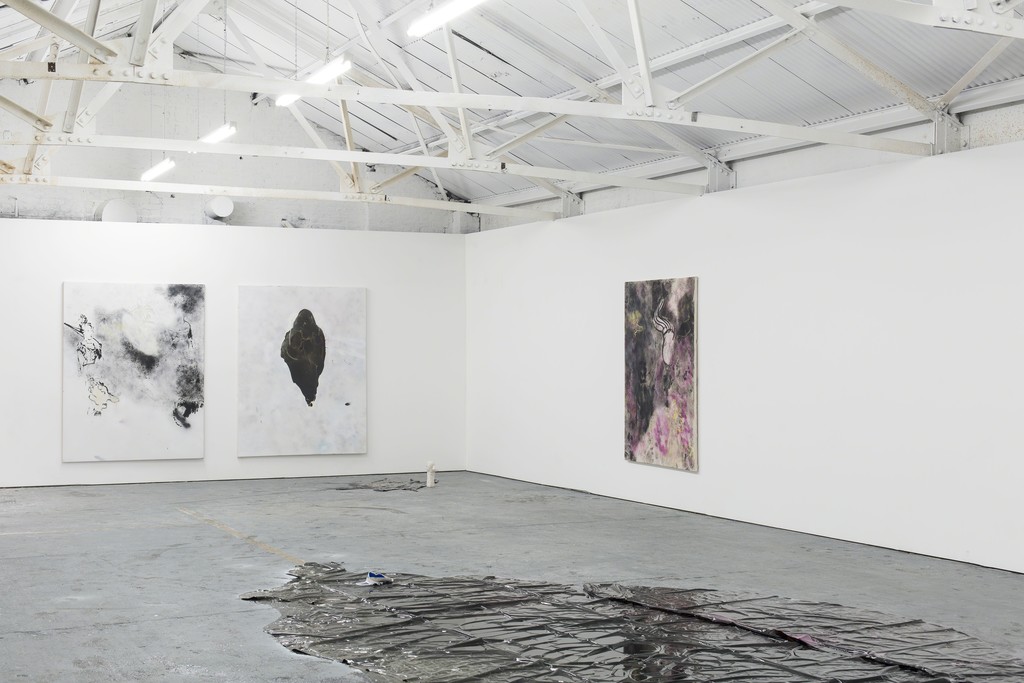 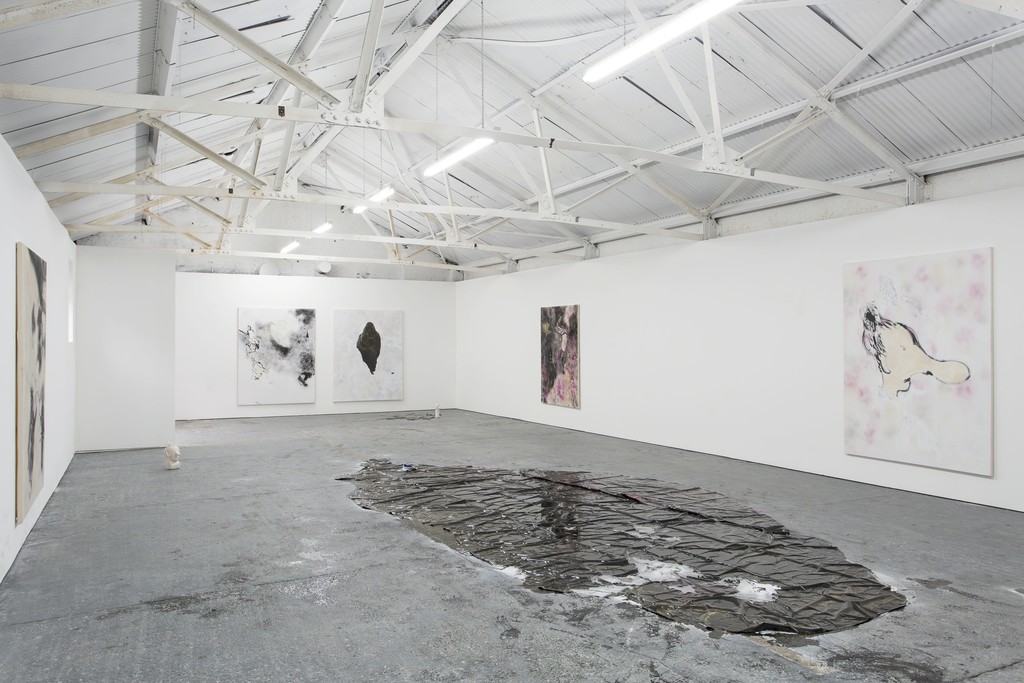 Robin von Einsiedel’s practice offers a critique of the artist’s position in relation to painting and the limitations of abstraction. By combining abstract and figurative elements his work, he references the tradition and history of painting; its evolution as a form and the act of painting itself, know as gestural abstraction.

The introduction of the figurative elements, on canvas and through the jesmonite sculptures, von Einsiedel attempts to frame and contextualise the paintings. Through their inclusion in the abstract field they represent the ‘Other,‘ exposing the painting as more than just a material surface. Some appear as portraits of the artist, self-critical of his position in the construction of the illusion, while others recall the patrons who appeared in Renaissance paintings.

Whilst their critical position is fixed, the actual source of the figurative elements remains open. They are fragments from the artist’s memories of books, cartoons and people he’s encountered, invading the painting and becoming concrete signifiers of meaning.