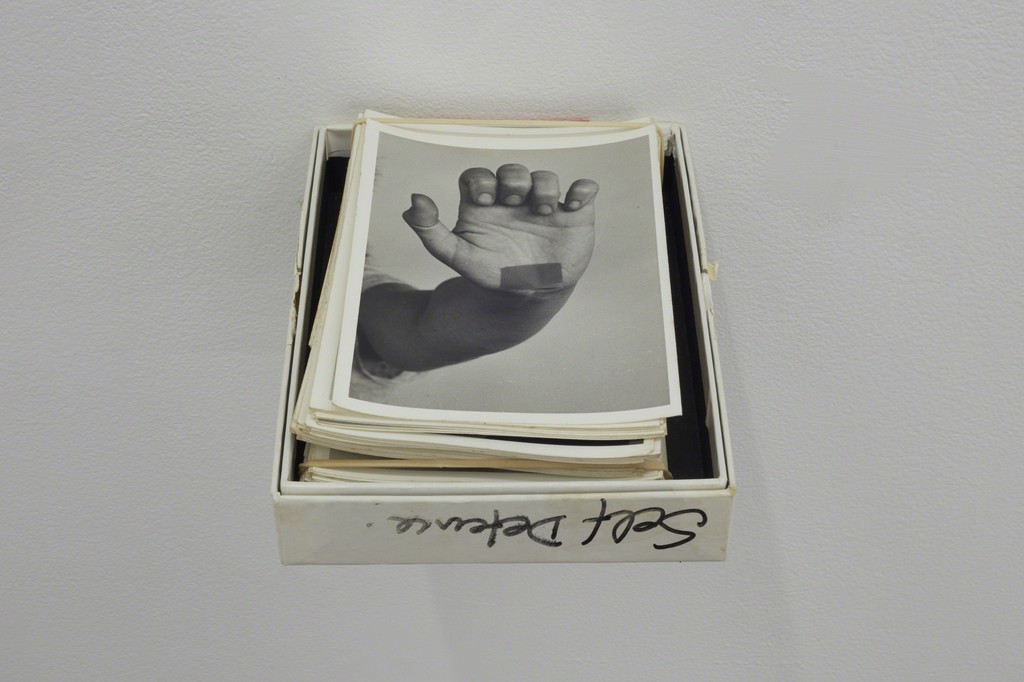 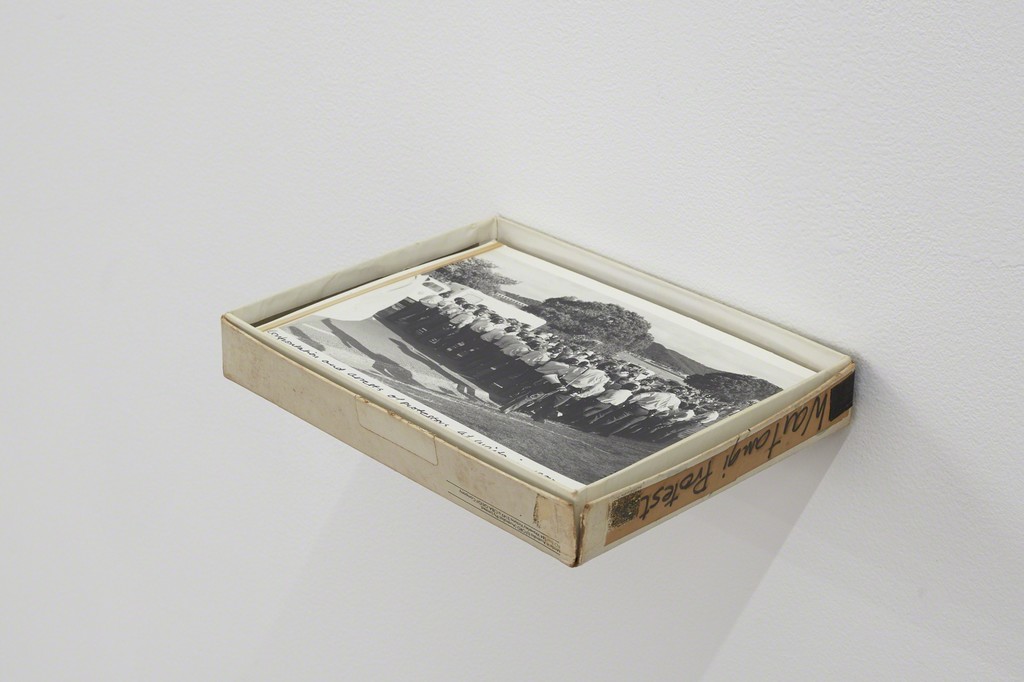 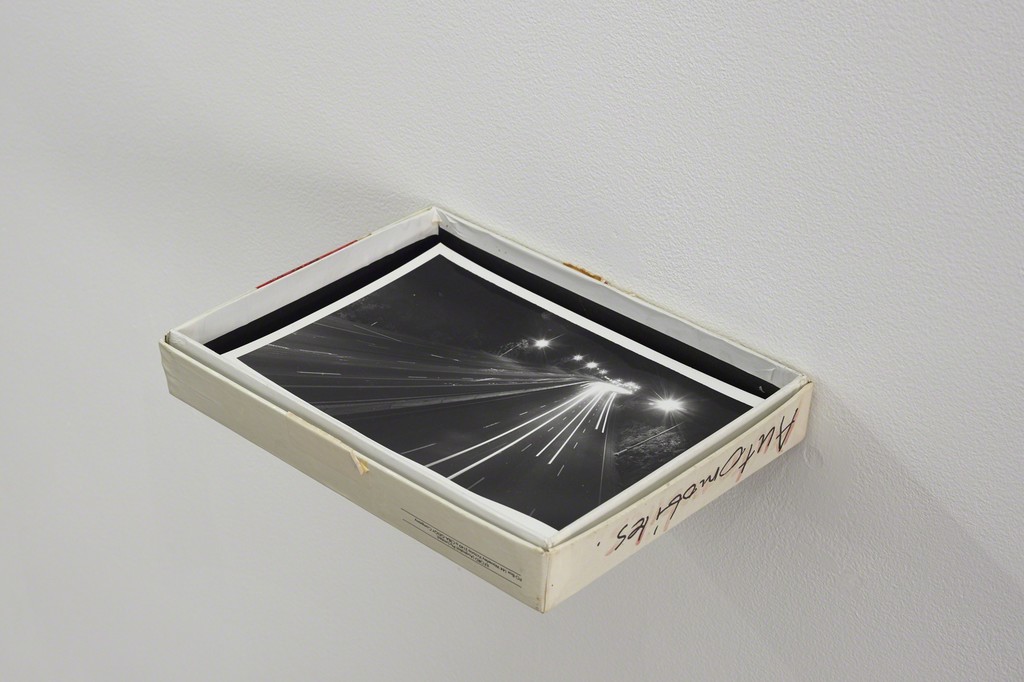 Gil Hanly calls her old notebook the “blue book.” In it, Hanly records the chronology of her photographic works, and as such it is a fundamental guide to engaging with her archive. She has a personal, unique and original system for categorizing her photographs, and this exhibition borrows its title from the fundamentally biographical nature of this element of her practice. The blue book serves as an index to Hanly’s photo-boxes, encoding the social interactions that the photographs represent and making them part of an extensive project, the aim of which is the preservation of information. Taken together, the information encoded in the blue book forms a comprehensive document of how politics impacts on individual happiness, tempered by an acceptance and understanding of the human condition and the human consequences of larger socio-political movements.

This exhibition is an attempt to understand her way of thinking, working and operating as a documentarian, focusing on her engagement with Auckland’s social, political and artistic landscape throughout the 1970s, ‘80s and ‘90s. At the outset, it is important to recognise the sheer scale of Hanly’s project, and the immense amount of material that her boxed archive represents. As such, this exhibition can only serve as an orientation, a first small step into a vast territory and an acknowledgement of the magnitude of Hanly’s practice.

Categorised by type, with headings such as “Te Hikoi 1984” “Rainbow Warrior” and “Poor Auckland,” these boxes contain a huge and significant body of photographic work. These photographs emerge from Hanly’s socially and politically engaged biography, such as her work with Greenpeace and the feminist magazine Broadsheet. The size of Hanly’s prints, too, inherently reflects the time that they were produced: their small scale and wide borders make them portable and able to be handled and leafed through. Hanly’s method of storage also points towards a democratisation of her images, and a sense of their utility and functionality. Hanly’s decision to donate her negatives to the Auckland Museum also indicates her sense of their broader cultural and historical significance, and her desire that they be preserved.

Hanly resists being characterised as a photographer or an artist, preferring to emphasise the extent to which her practice is a document: an archival exercise that presents a series of people and places and offers the viewer the opportunity to respond. Often, Hanly’s photographs are accompanied by text, and in this sense, the blue book archive is an epistolary project that communicates in a personal, descriptive way. In addition to providing textual commentaries, Hanly often photographs texts in the social sphere: instances of public speech, such as protest signs and graffiti. In one photograph, the words “I look at the world and I feel ashamed to be human” are emblazoned across the wall of a nondescript building, reconfiguring the urban space as a linguistic site, one that is affective and personal, but also political. There is a literary quality to Hanly’s work itself, a sense of a story being told piece by piece, assembled from the materials of everyday life and the fleeting human moments that normally pass unnoticed.

In many images, Hanly’s practice engages with ontology, questioning the nature of her world and the structures that make it up, thus mapping an architecture of social politics. Hanly’s camera roams the Auckland area, from Papatoetoe and Otahuhu in the south, to Titirangi in the west, to central Grey Lynn and Newton, areas that have changed almost beyond recognition since the ‘70s. The spaces of her city reflect the people who use them and the greater social structures of which they are a part, and document how changes in land use and the politics of property impact the lives of individuals.

Also included in the exhibition are a selection of plants that form a link between the gallery space and the garden that Hanly herself has curated and nurtured over many years. The Blue Book exhibition emerges from a series of visits to Hanly’s home, including her studio and garden, over a number of weeks. The garden is a part of the biographical and personal context of Hanly’s practice, and its presence here signals a desire to keep these factors in mind when approaching the work. Indeed, the garden is another part of the coded informational matrix of the blue book, a direct and practical ontological intervention on Hanly’s part that is her own practical response and solution to the problem of living in space.