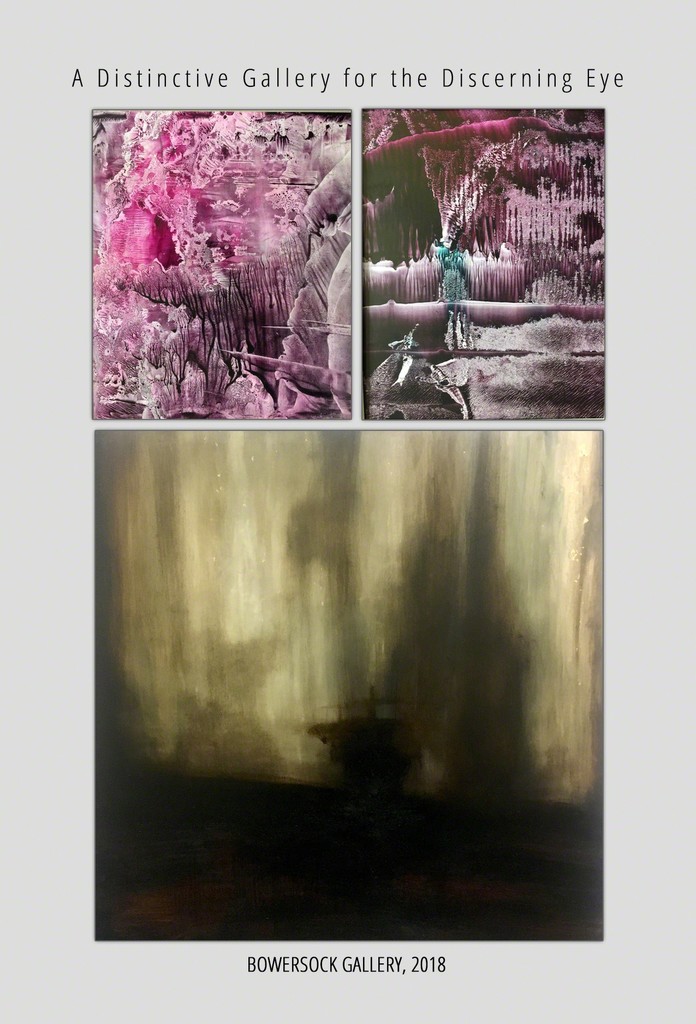 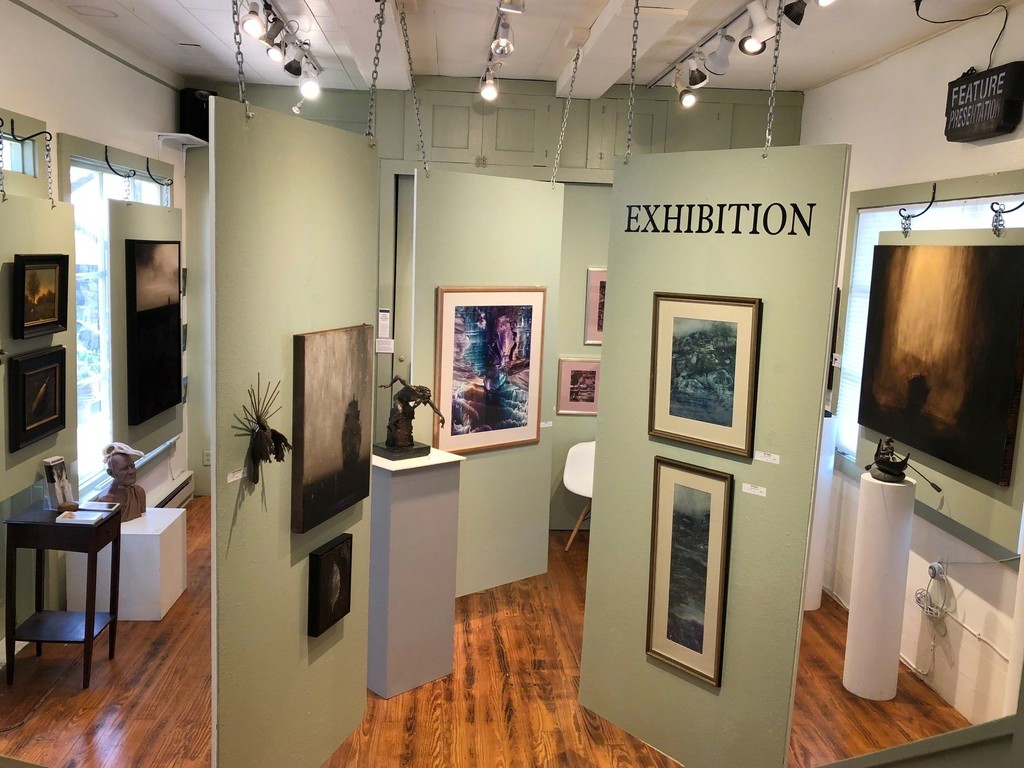 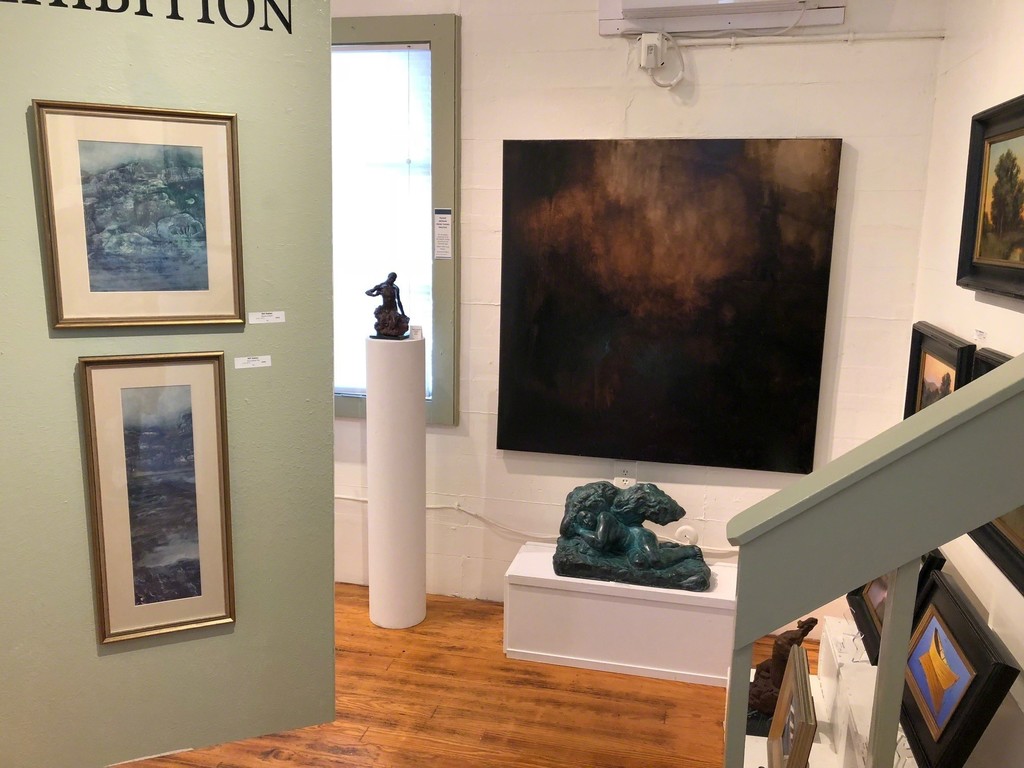 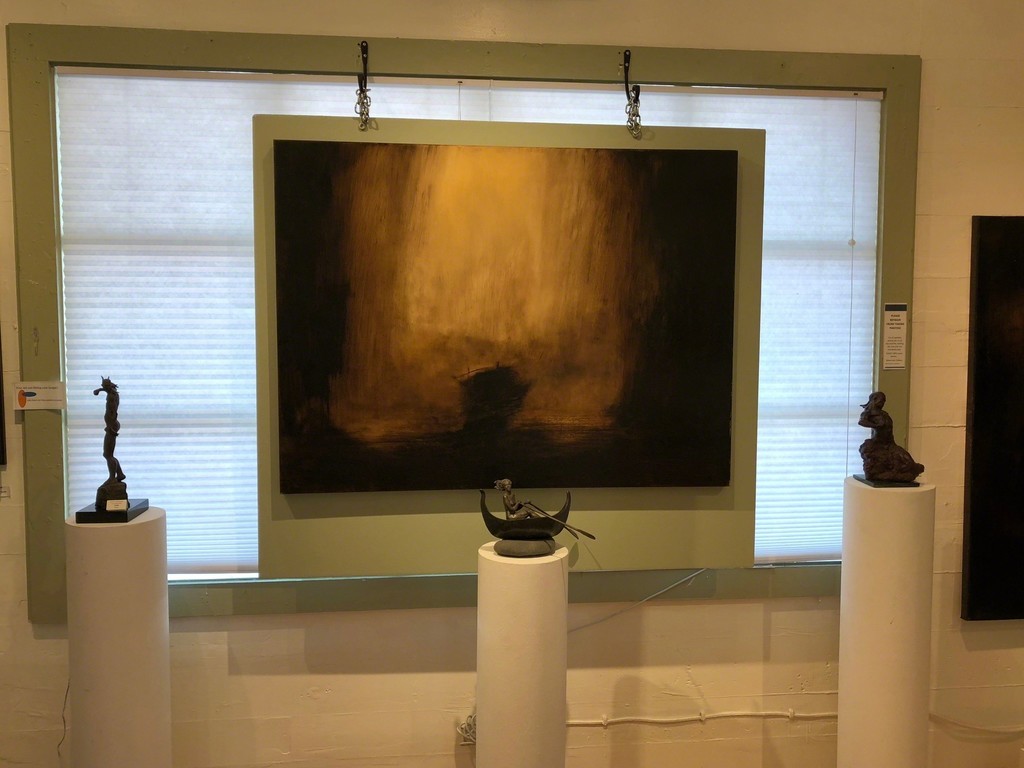 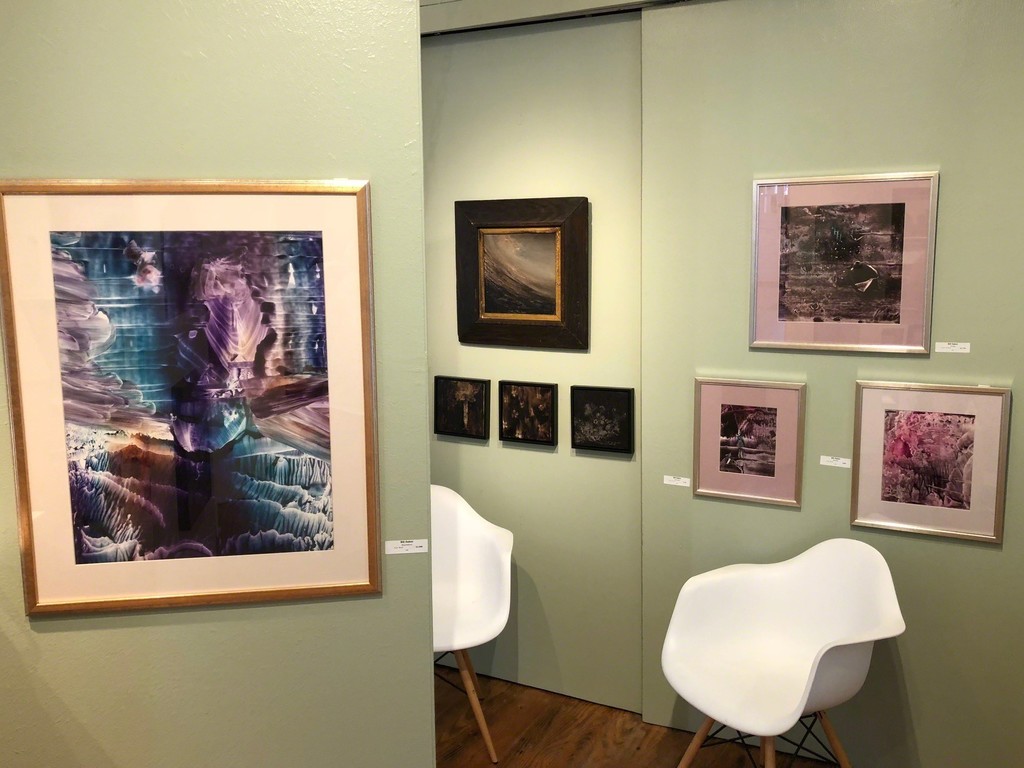 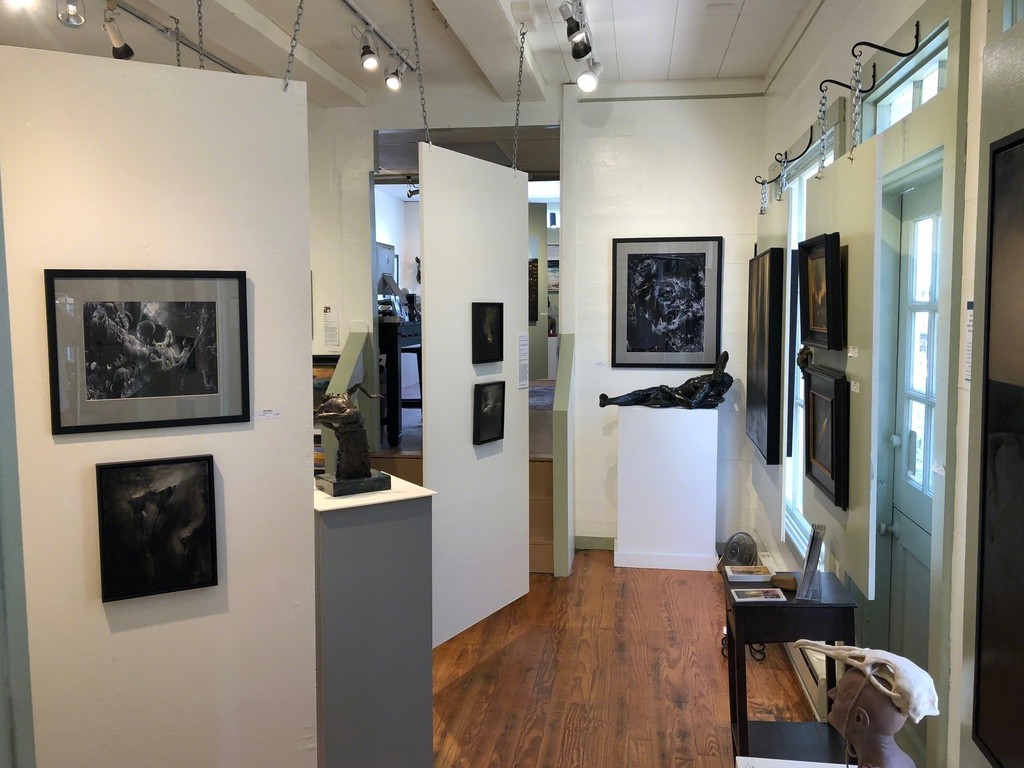 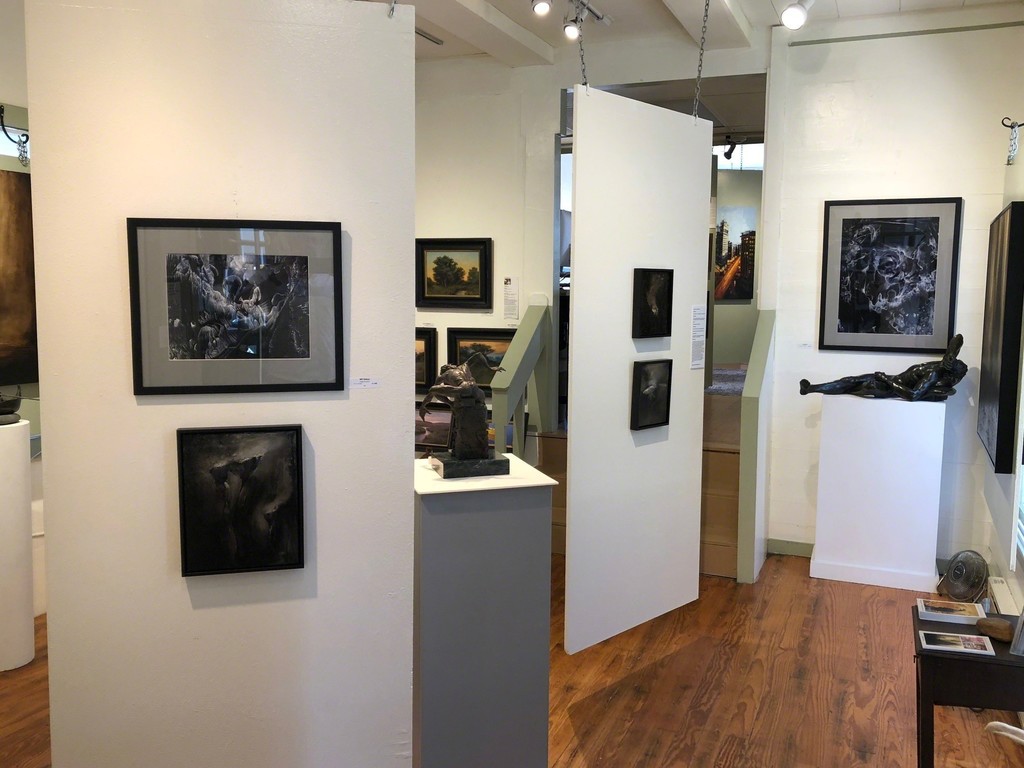 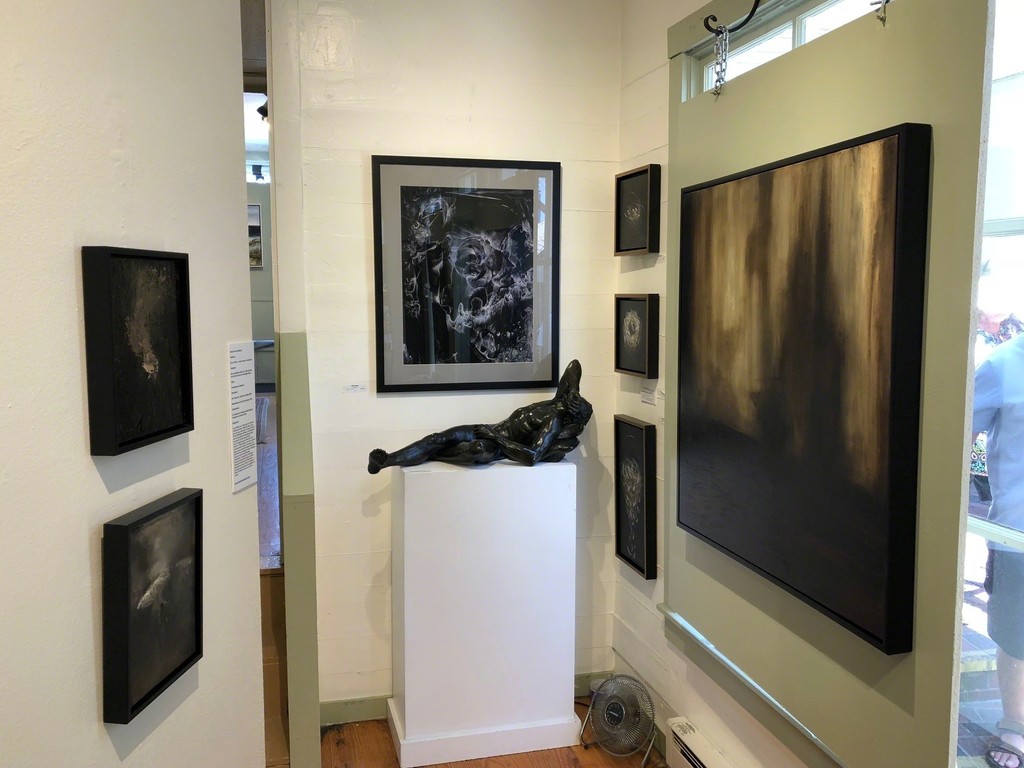 "Adrift," a delicious, diverse exhibition opens at the Bowersock Gallery, 373 Commercial Street, Provincetown, Mass., on July 6th, with an artist reception from 7 to 9 p.m.

The exhibit's three artists are above all story tellers, weaving incredible, haunting, yet authentic worlds.

The work of deceased artist Bill Oakes is new this seasons; "an incredible, master of color, who render representational work effortlessly and is an outstanding abstract artist," Bowersock says.

"This is one of the more prolific and versatile artists we’ve ever encountered," Bowersock says. "Bill was a court illustrator (his work includes the 'Watergate Trials' for the Washington Post), magazine illustrator and in his personal work a great experimenter. He worked in oil, painter's inks, graphite, acrylic, pen and ink, watercolor, and any unconventional media that could be used on a surface to create beauty and wonder."

Oakes illustrated for ABC and CBS News and "Time Magazine," "National Geographic," and other publications. He illustrated books, and record albums and his work appears in a number of national collections.

"Bill saw beauty in everything, then recorded it to share," Bowersock says. "Selecting what to show, and keeping the numbers within reason, was a difficult task."

Volpe, known for his mysterious canvases, is a gallery regular, with a knack for surprising his fans; this show is no exception, Bowersock says. His tonal work bridges traditional and contemporary art, part dreamscape, part representational.

Volpe will present two new bodies of work, sea-bound sail ships in oil and tar, and "Nature Morte," a new series of abstracted flowers, in tar, oil and beeswax.

"These mediums really help push and enrich Chris's distinct vision," Bowersock says. "They can only be described singular and perhaps with a touch of the supernatural."

Steven Carpenter rounds out the collection with his powerful, representational sculpture.

"These bronze are so rich with story, full of character" Bowersock says. "They are the human condition - in peril, at a past-time - life in all it's guises, captured in a moment."