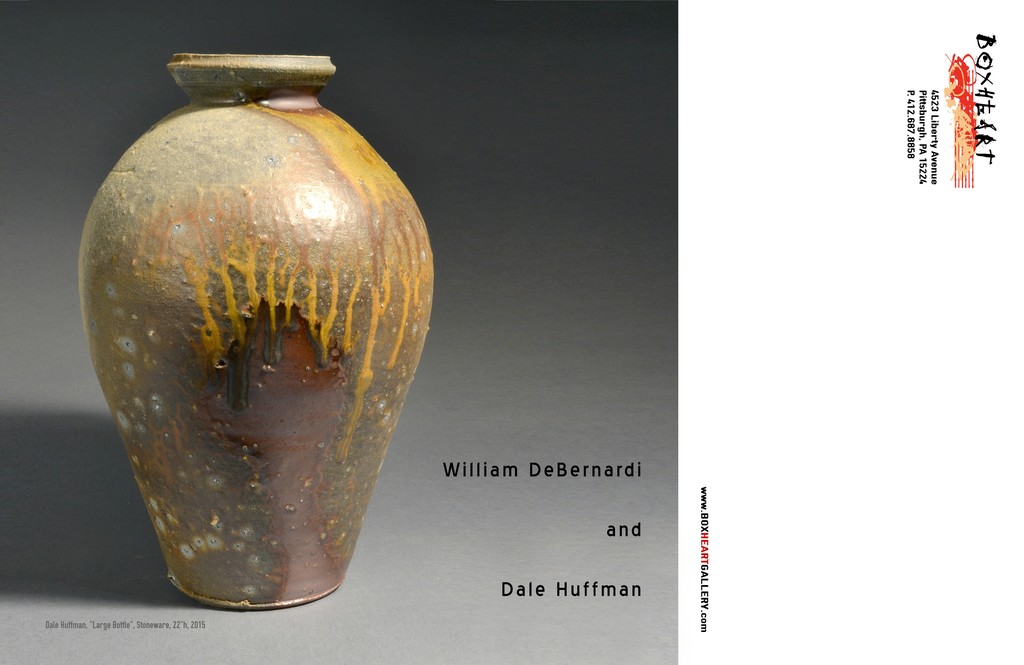 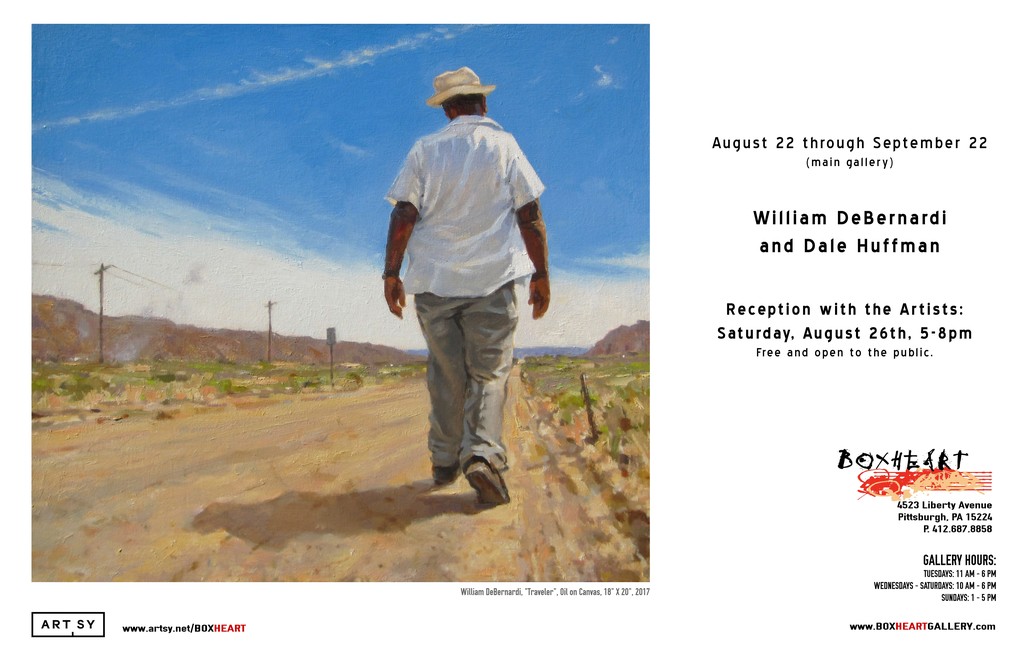 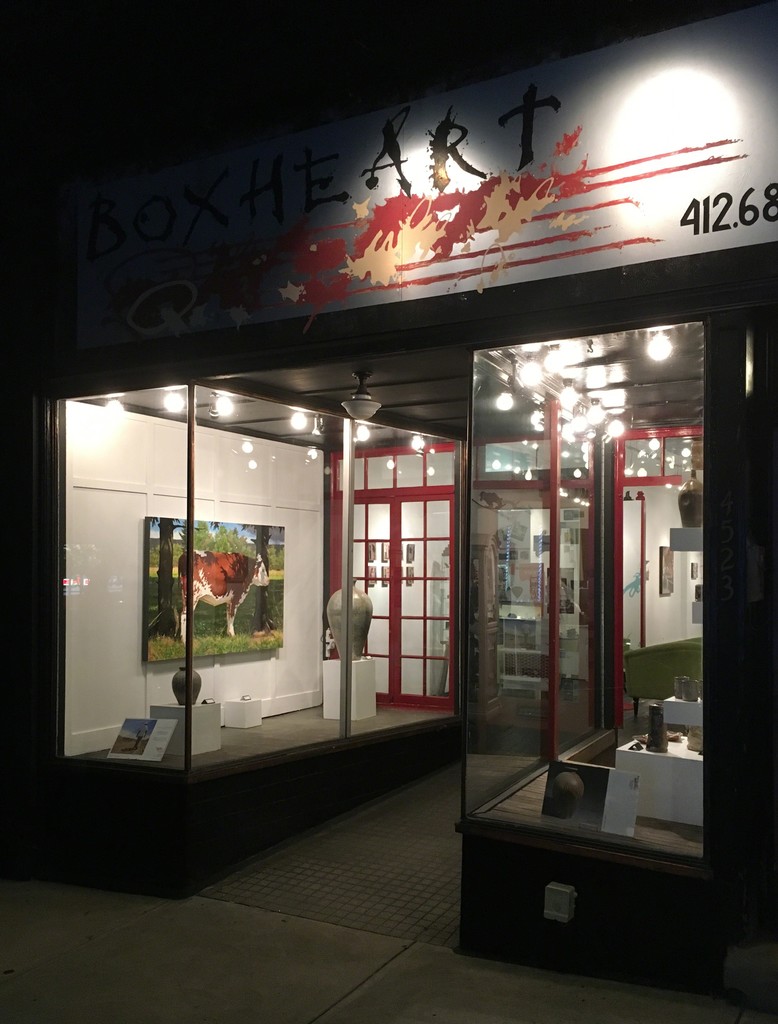 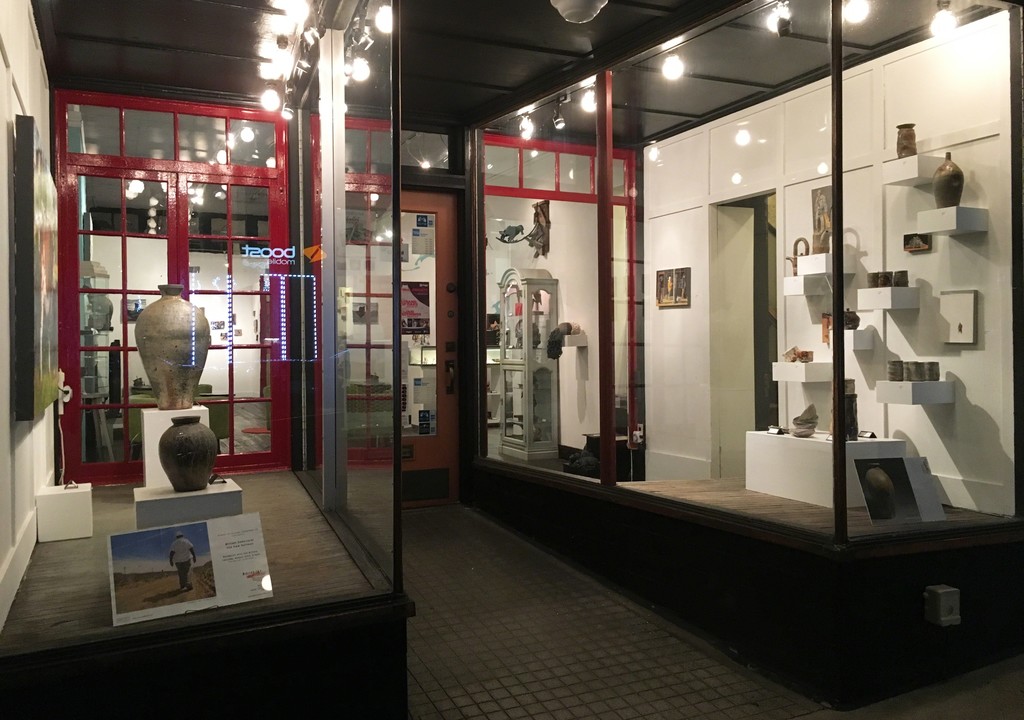 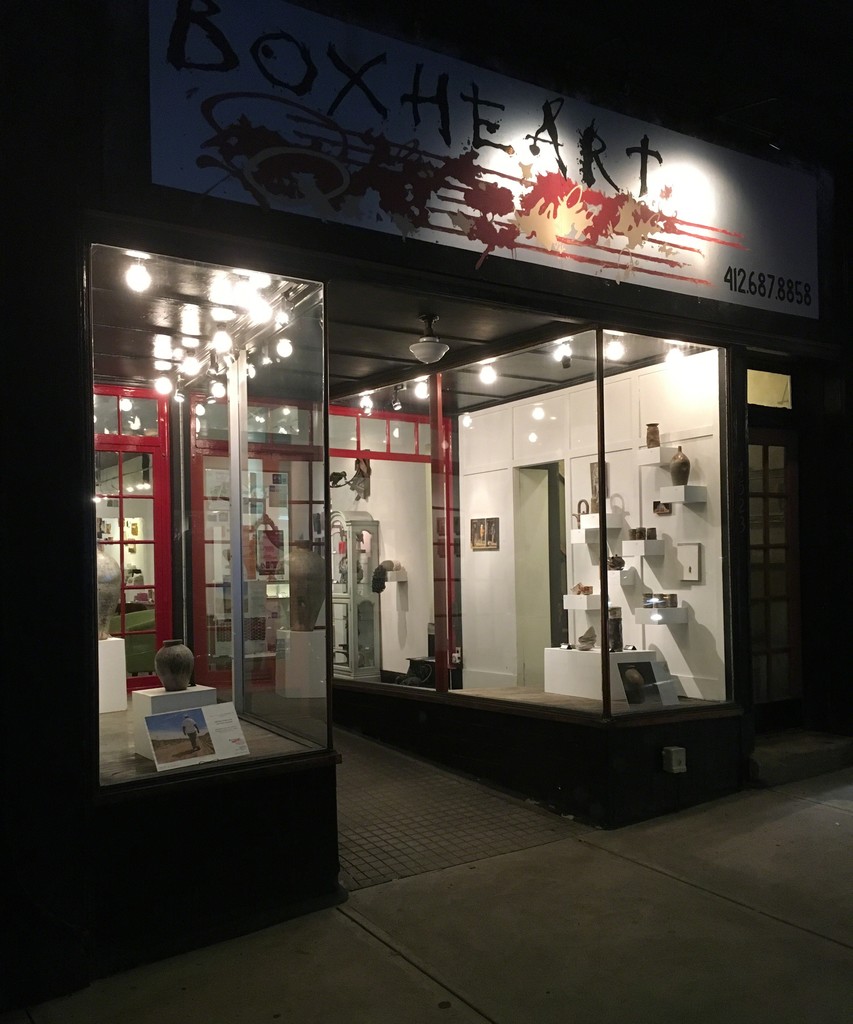 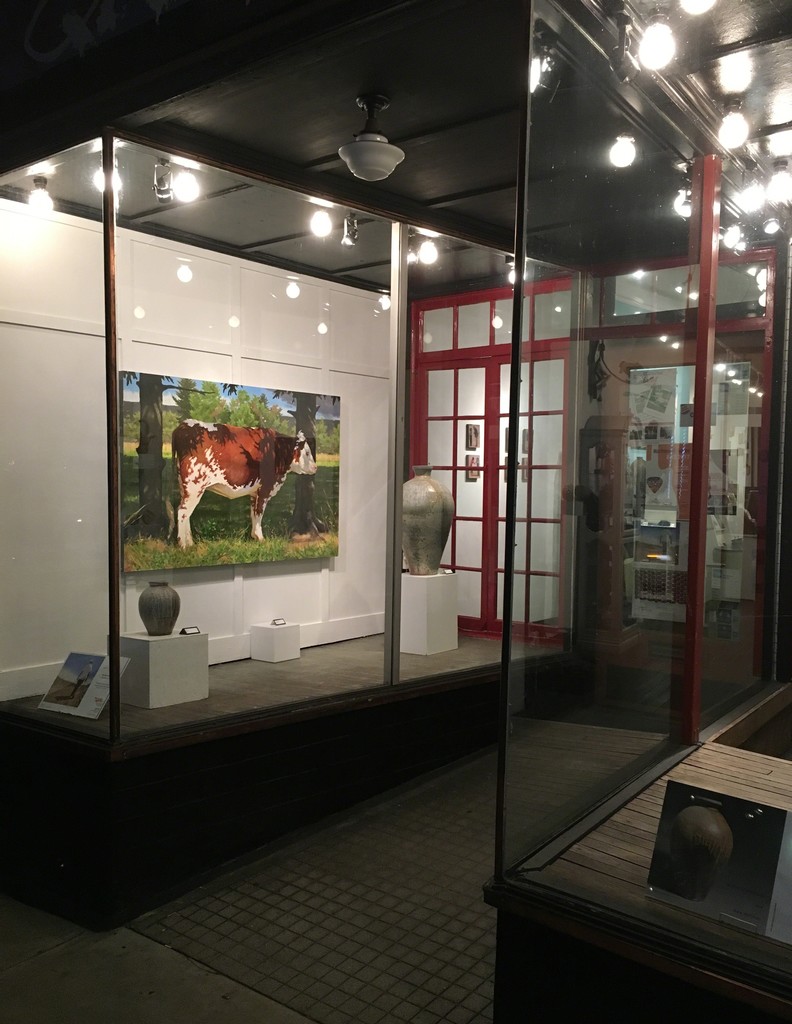 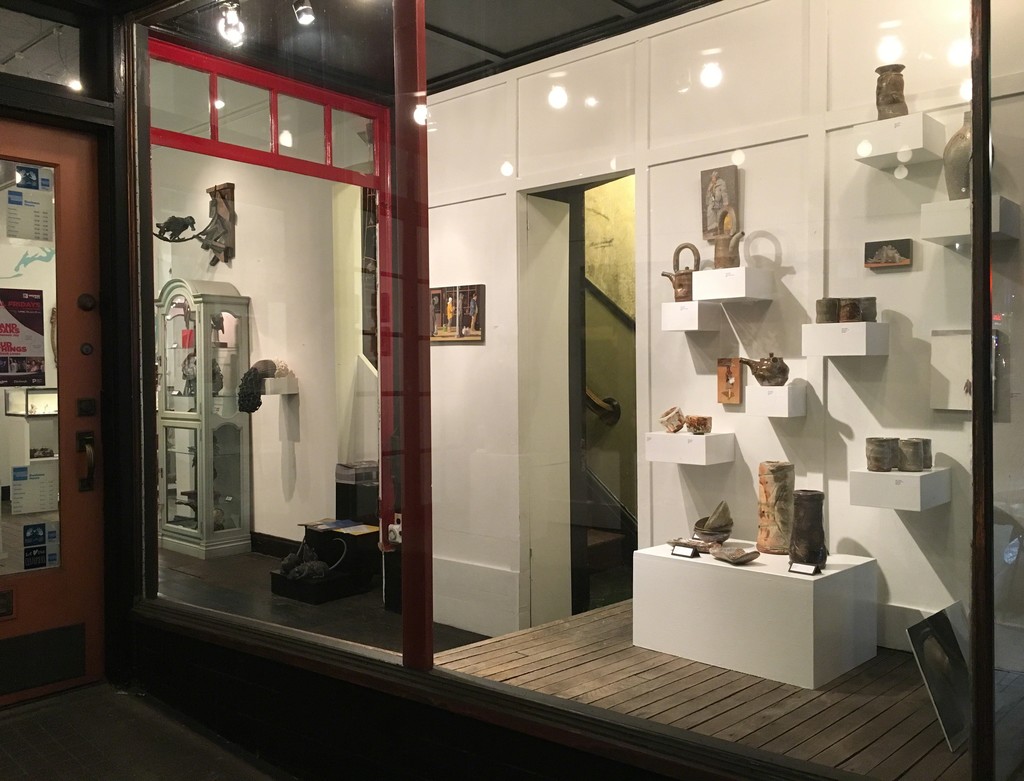 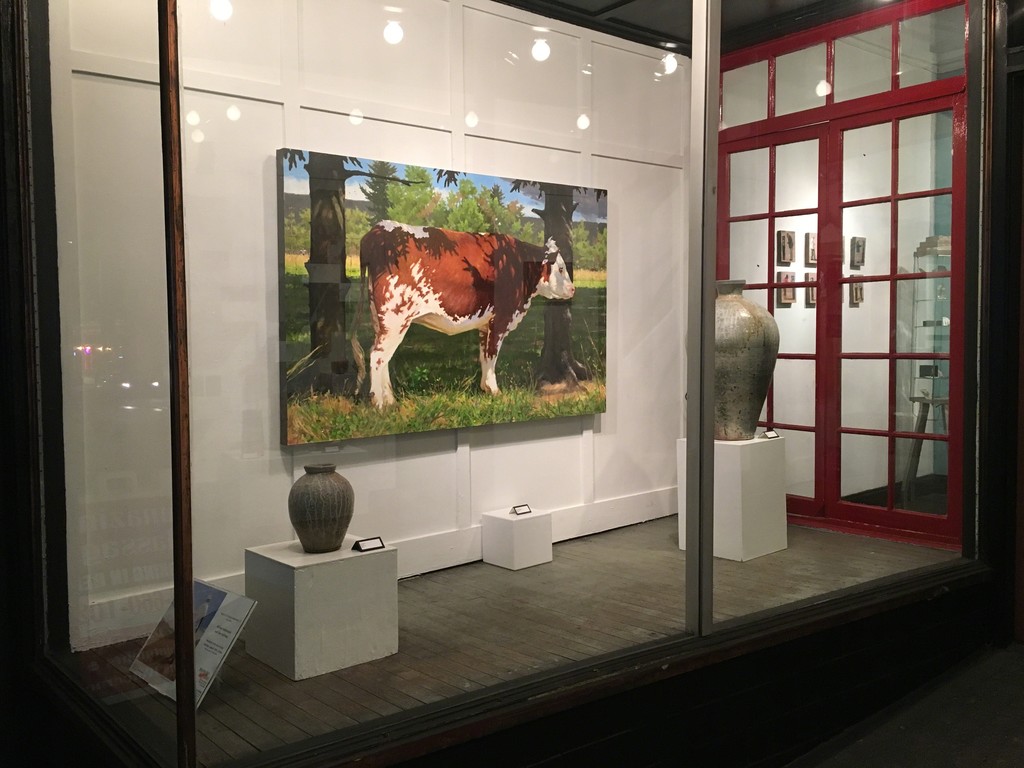 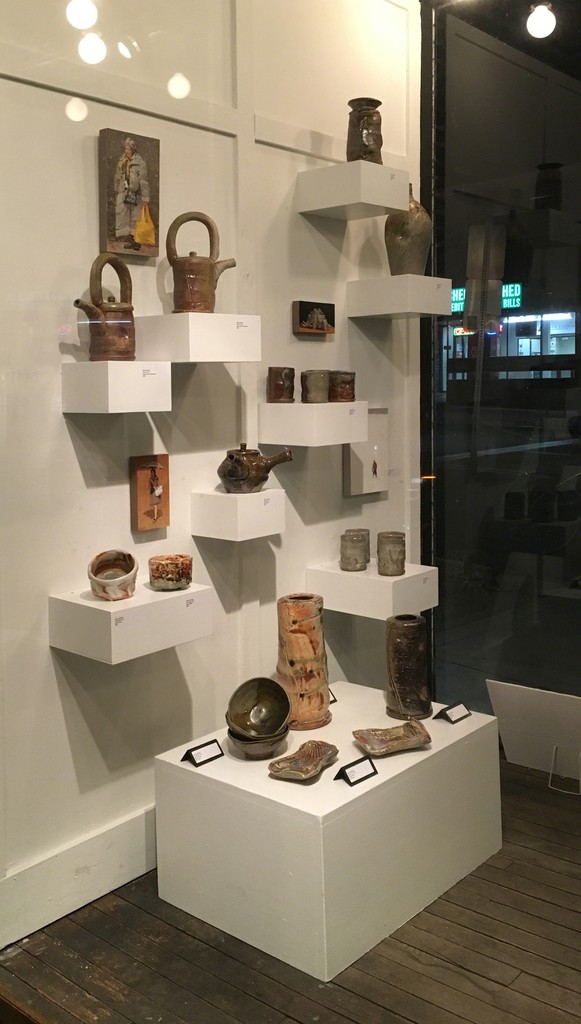 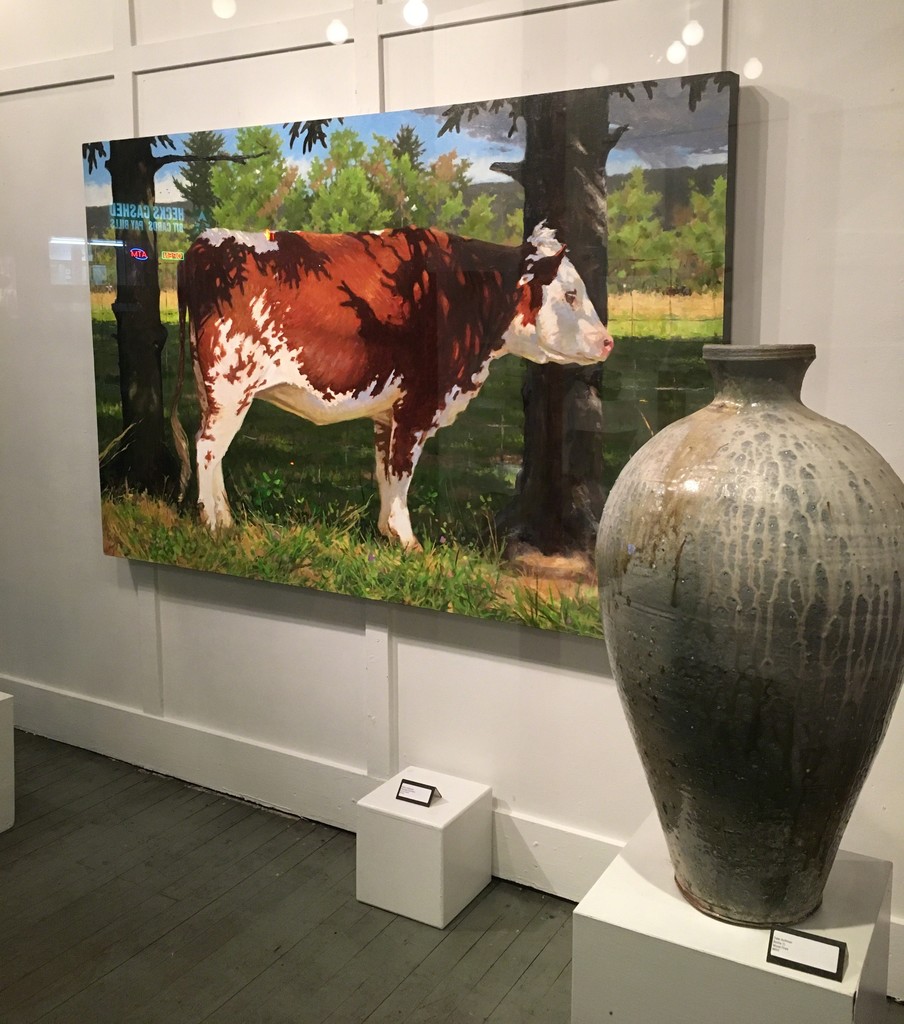 From August 22nd through September 22nd, BoxHeart Gallery presents William DeBernardi and Dale Huffman on exhibit in our main gallery. William DeBernardi is best known for his oil paintings that are couched in observational realism. Dale Huffman's contemporary American ceramic artwork is the result of an organic and expressive process between the clay and the kiln.

Over the past ten years, DeBernardi's artwork has involved figure-based imagery concerning common human activity and behavior often within the context of seemingly everyday environments. His current body of work is a branch of that exploration. The narratives in the work spring from observations of human interaction or sometimes a lack of interaction with each other and the environments they inhabit. The imagery, environmental information (or lack of it), and abstract construct are aimed at aiding in the asking of questions about culture and the broader human condition.

Huffman increasingly understands himself as a conduit through which his work flows. His clay is often asymmetrical and indented, possessing individual uniqueness that relinquishes control. The long rich history of wood-firing is exemplified in Huffman's work where the ash from the wood produces natural glazes and surface designs. His artwork is a magnificent combination of Eastern and Western sensibilities; objects that exhibit those precious moments to trust intuition and let shape take form.

DeBernardi is a native of southwestern Pennsylvania. He received a BFA in painting from Pennsylvania State University in 1978 and an MFA in painting from Indiana University in Bloomington in 1981. He is currently an Associate Professor of Painting and Drawing at Carlow University. DeBernardi has exhibited extensively regionally, nationally, and internationally in various galleries, universities, and museums. Most recently, DeBernardi presented his exhibit An American Festival at Pennsylvania State University New Kensington Gallery and People, Places, and Things at the Southern Alleghenies Museum of Art. His artwork resides in private, corporate, and museum collections throughout the United States, as well as in France, Italy, and Venezuela.

After earning his BS in Physics from Carnegie Mellon University in 1972 and his MFA from the School of the Art Institute of Chicago in 1976, Huffman spent nearly two decades as a full-time studio artist. Since then, Huffman has continued to have an active exhibition schedule, largely national and international. Most recently, his work was exhibited at the South Bend Museum of Art in Indiana as part of the exhibit Twelve Ceramic Artists. He has conducted workshops in Denmark, Spain, Sweden, and the USA. His work and writings about ceramics have been included in books and leading periodicals from England, Germany, Ireland, Australia, and the United States. Huffman has designed and built numerous kilns, including the wood kiln that he established in 1998 near Canonsburg Pennsylvania. He is currently a Professor of Art and Chair of the Art Department at Carlow University in Pittsburgh Pennsylvania.