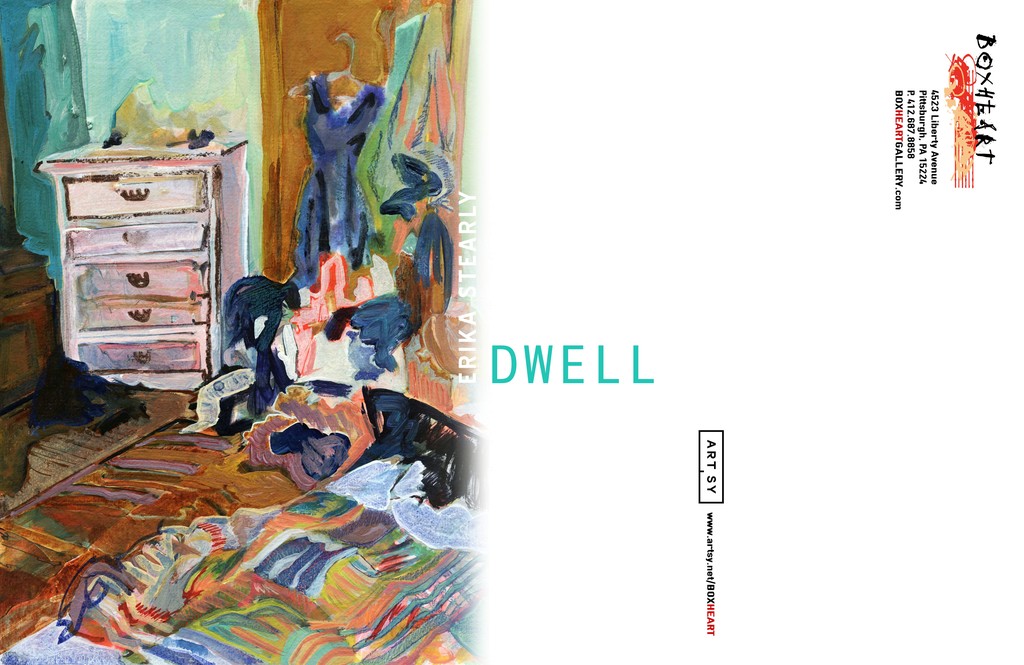 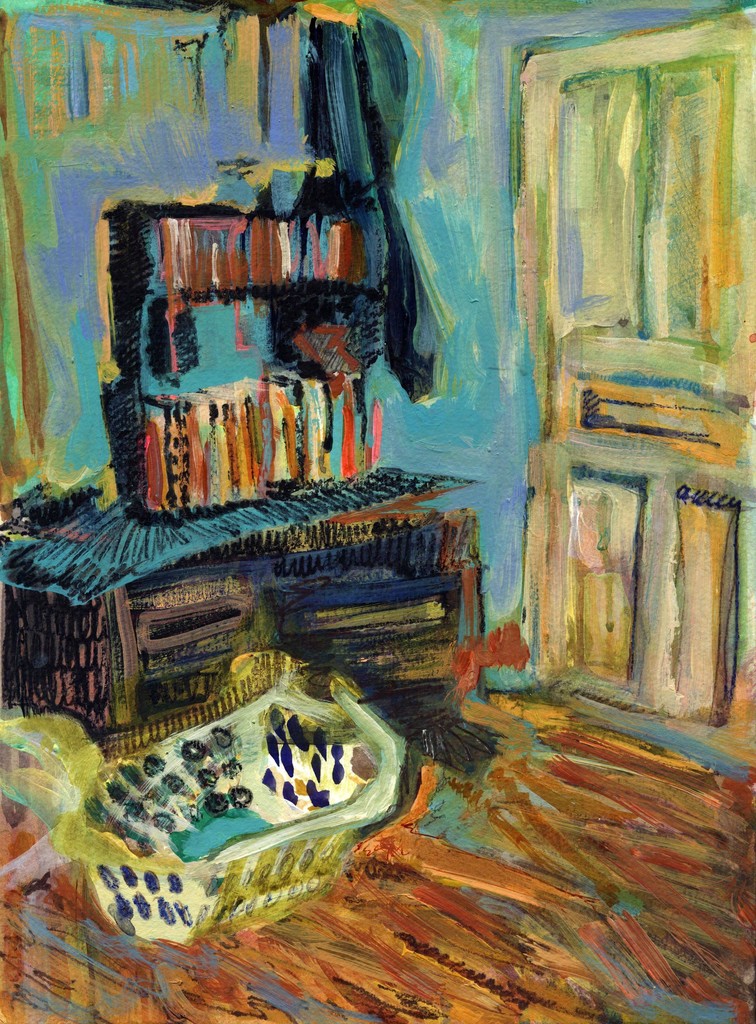 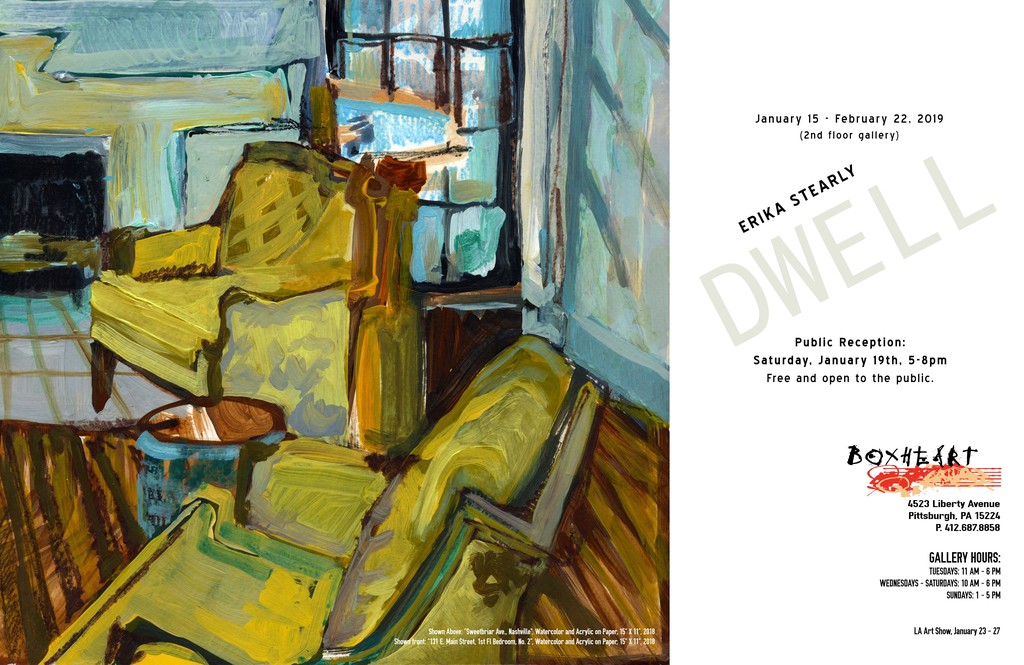 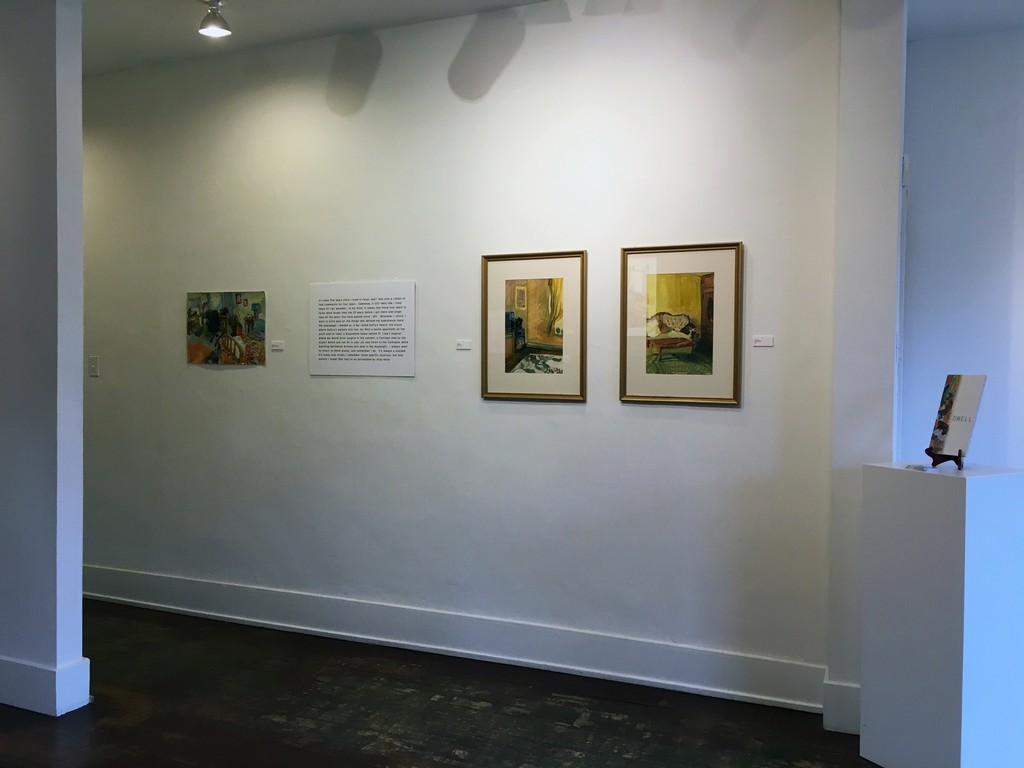 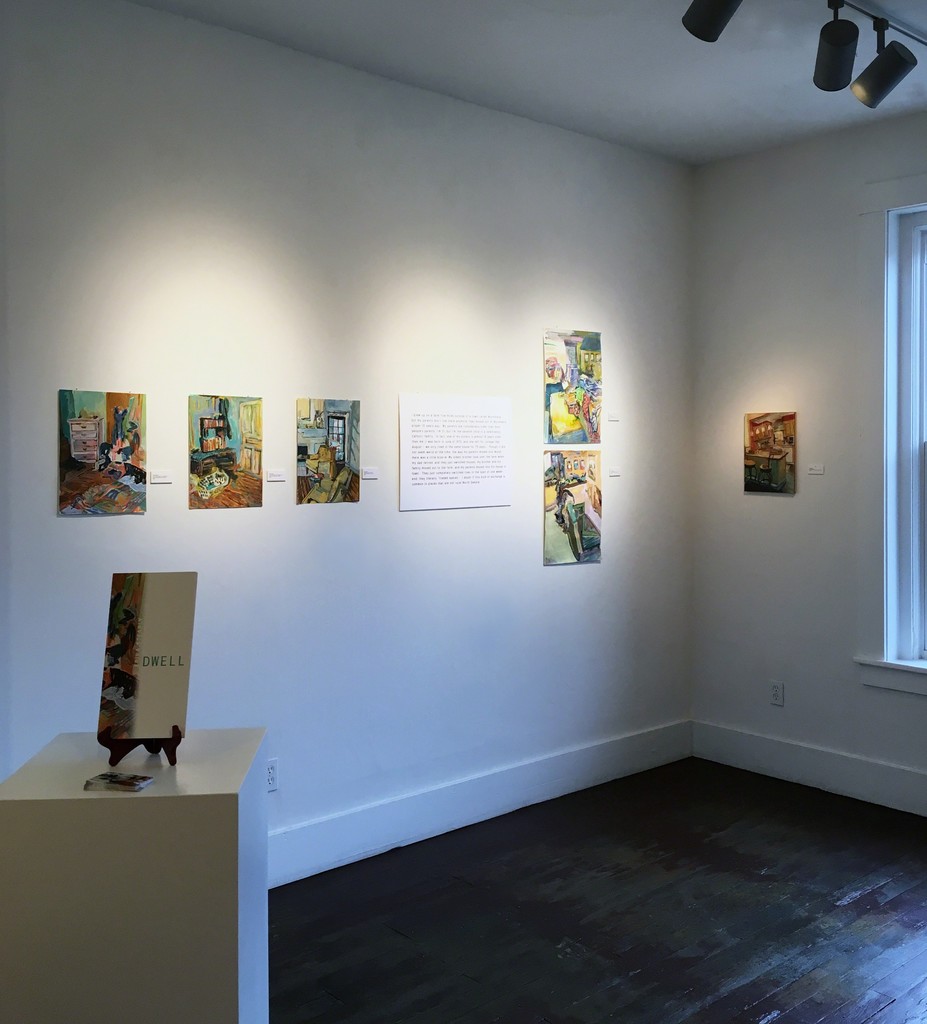 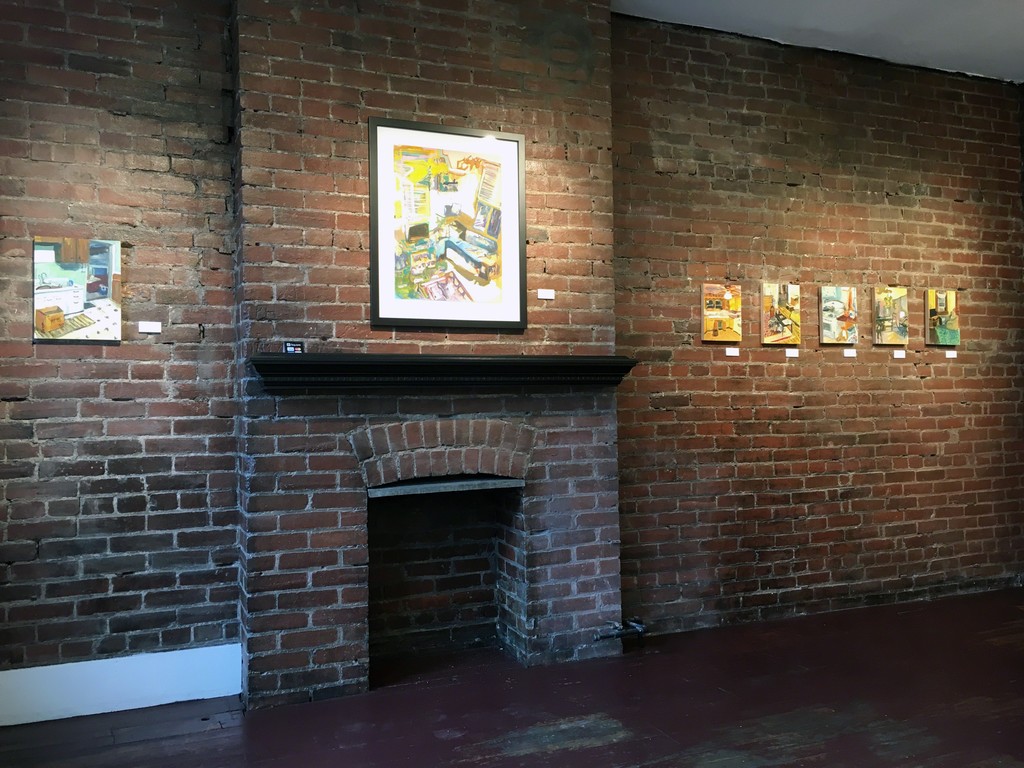 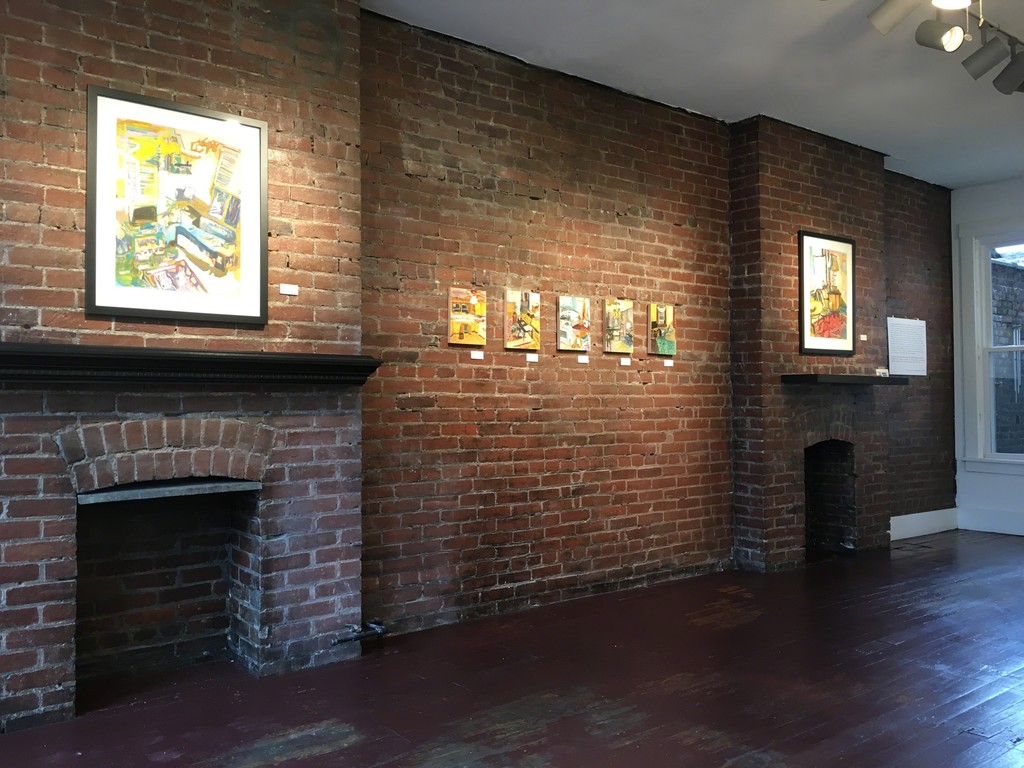 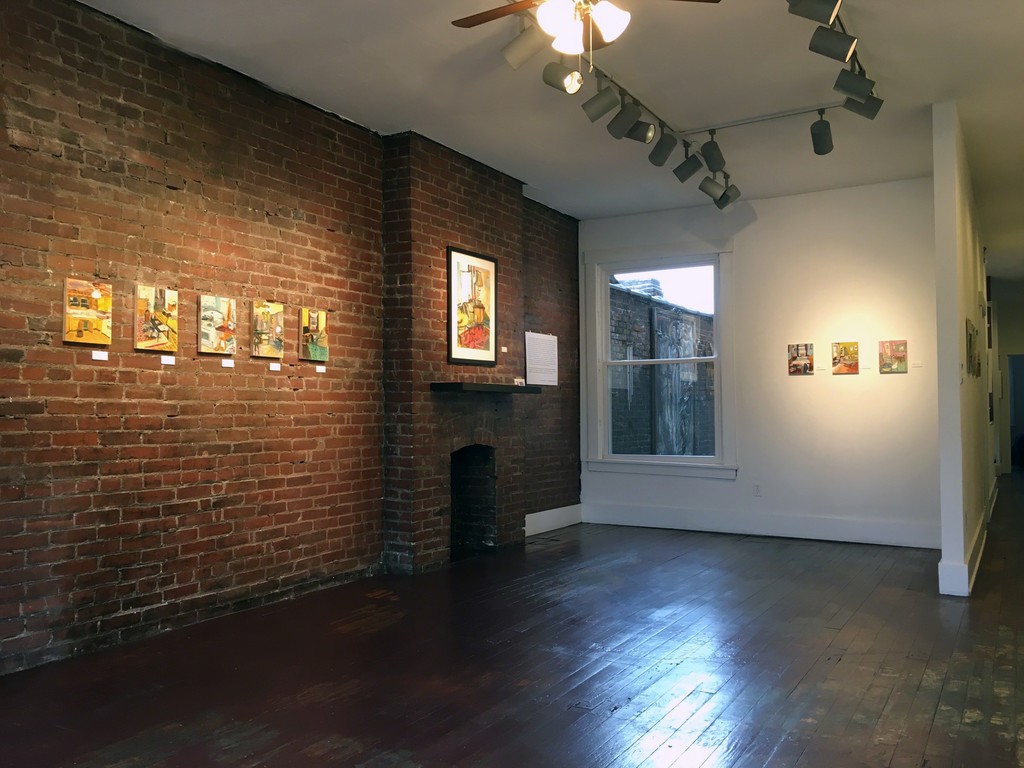 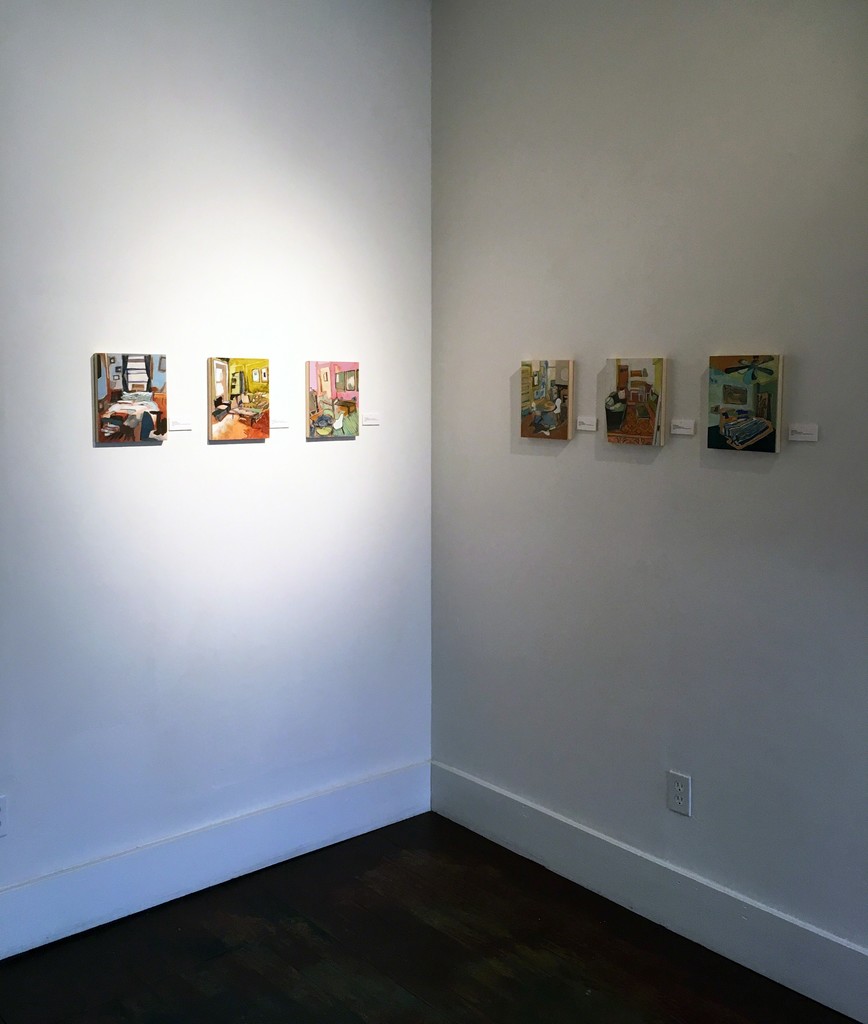 Erika Stearly: Dwell invites viewers to experience the nostalgia of visiting their hometown. The exhibition includes a passage selected from Killing Yourself to Live by Chuck Klosterman to further connect the formal concerns of Stearly's paintings with the viewer's memories.
Convinced that contemporary realities are complex enough to sustain multiple approaches to painting, Stearly integrates representational image-making with abstraction’s emphasis on materiality and mark-making to depict the clutter of household objects.

Named using the street addresses of the residences depicted, the imagery in her paintings balance an impulse to faithfully render the objects against the emphasis on the hand of the artist. The combination of abstraction and representation romanticizes these spaces in a way that invites the viewer to construct their own narrative of the scene.

A lifelong resident of Pennsylvania, Stearly is comfortable navigating both its urban centers and rural pockets. Evidence of how various regions of the commonwealth were shaped by geopolitics, the rise and fall of industries, and natural disasters can be found in a community’s architecture. Stearly makes paintings of the spaces where people live, which increasingly include large single family homes that have been awkwardly subdivided to create additional rental units for young people. Her paintings, which are both fictional and biographical, have been featured in dozens of juried and invitational exhibitions around the country in recent years, including recent exhibitions in Philadelphia and Los Angeles.

Stearly is the recipient of several artist grants, most recently through the Puffin Foundation and the Black Rock Arts Foundation for her work with Take a Painting, an interactive painting installation. Her studio practice has been supported through Fellowships and Residencies at Wilson College, Kutztown University, and Penn State University, where she taught undergraduate painting. Recent group exhibitions have included Bound Unbound IV at the University of South Dakota, The New Now through Inliquid in Philadelphia, and freshstART through the McCall Family Foundation in Los Angeles. She is a graduate of Kutztwon University, where she completed her BFA in 2009 and a graduate from Indiana University of Pennsylvania, where she completed her MFA in 2014.