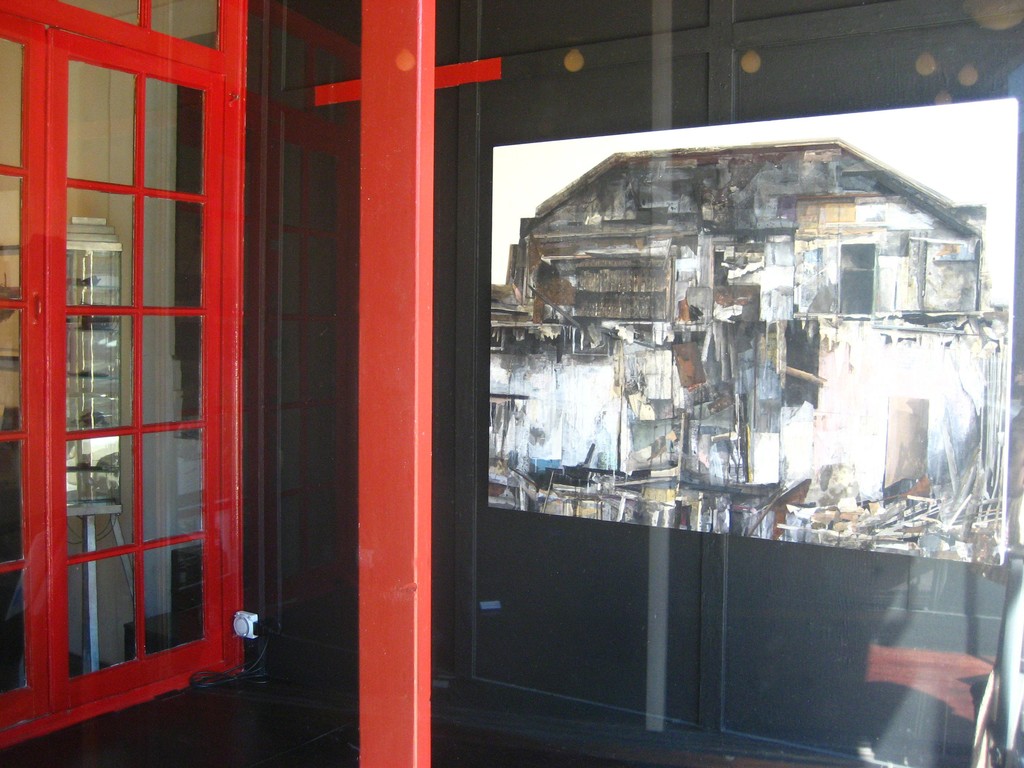 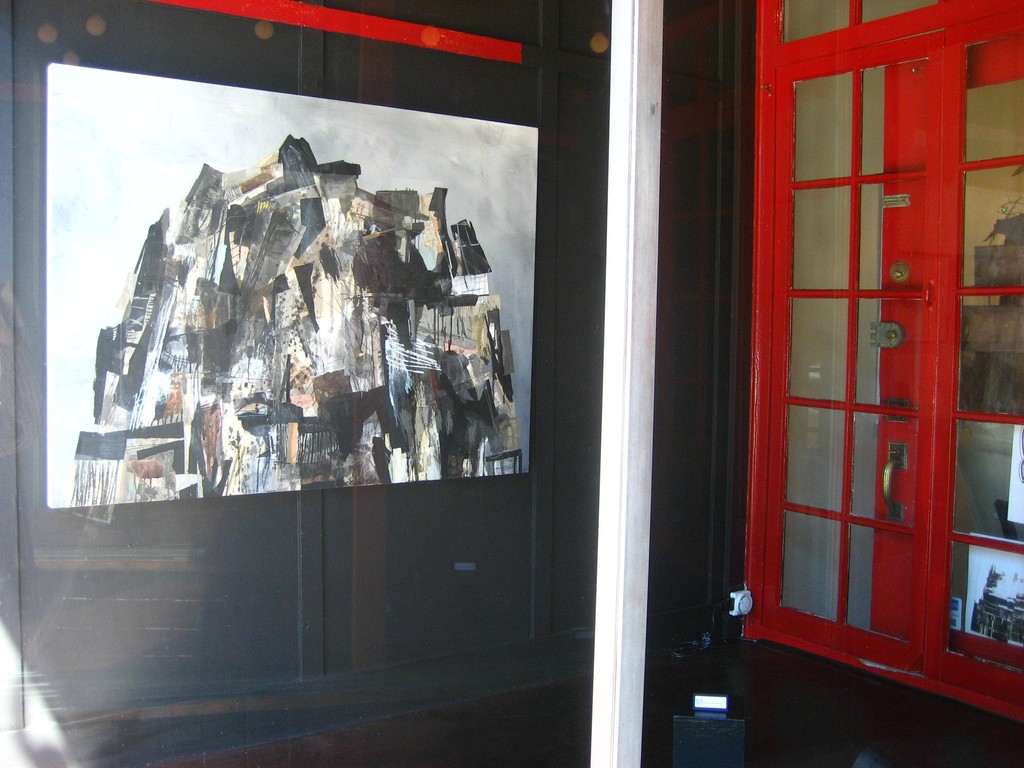 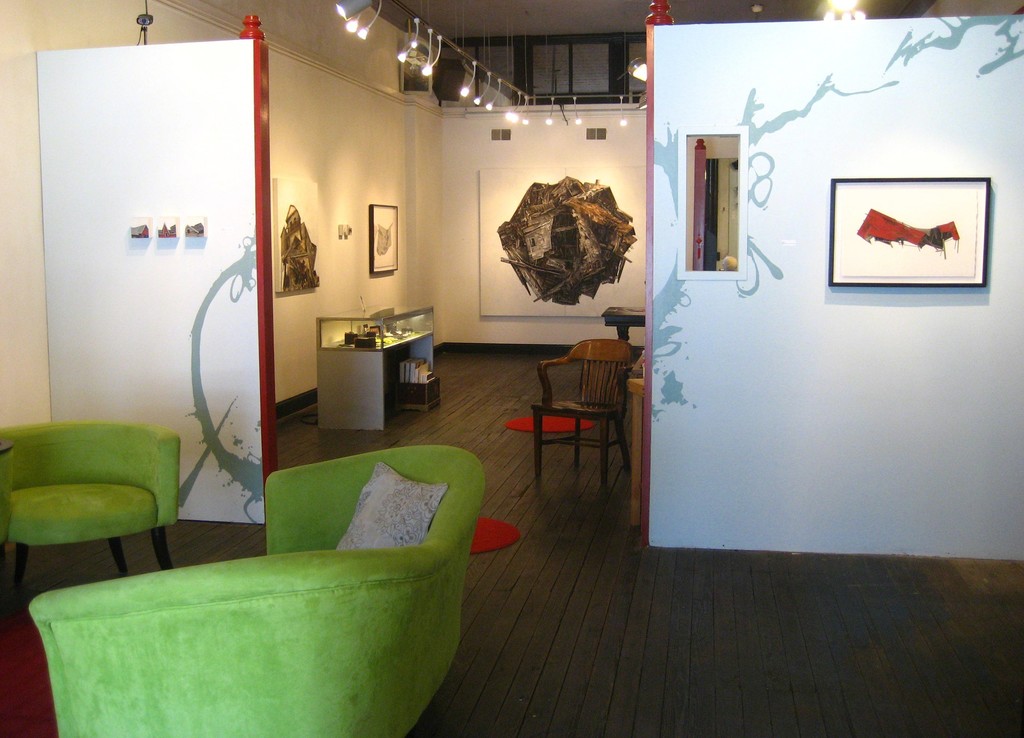 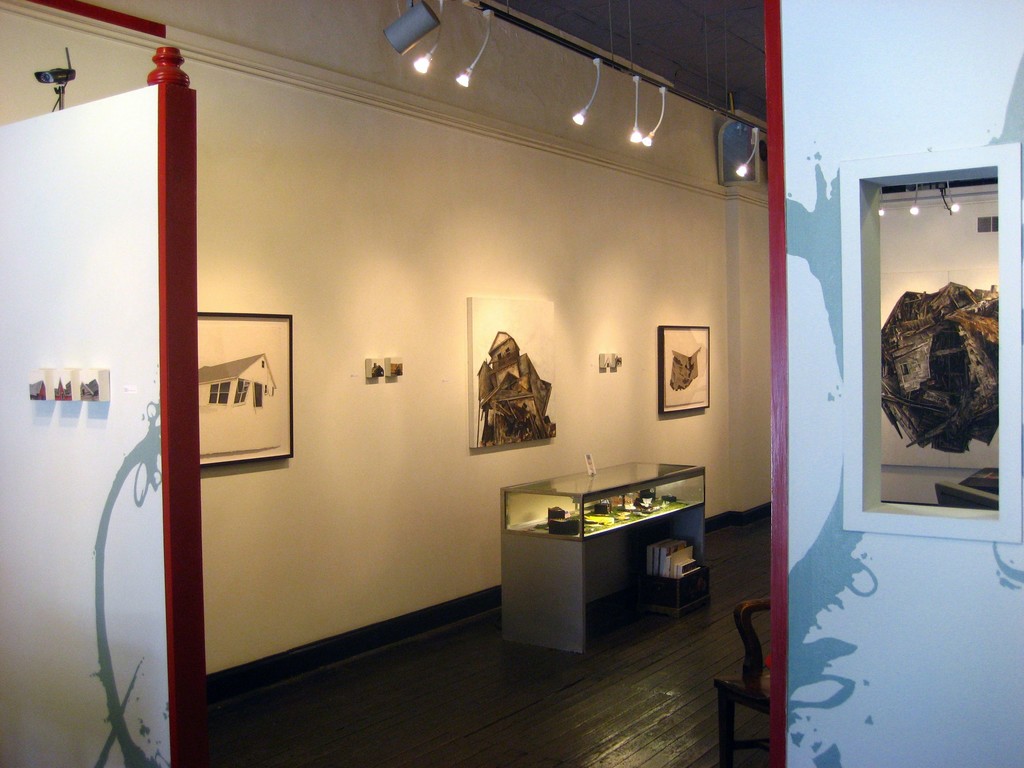 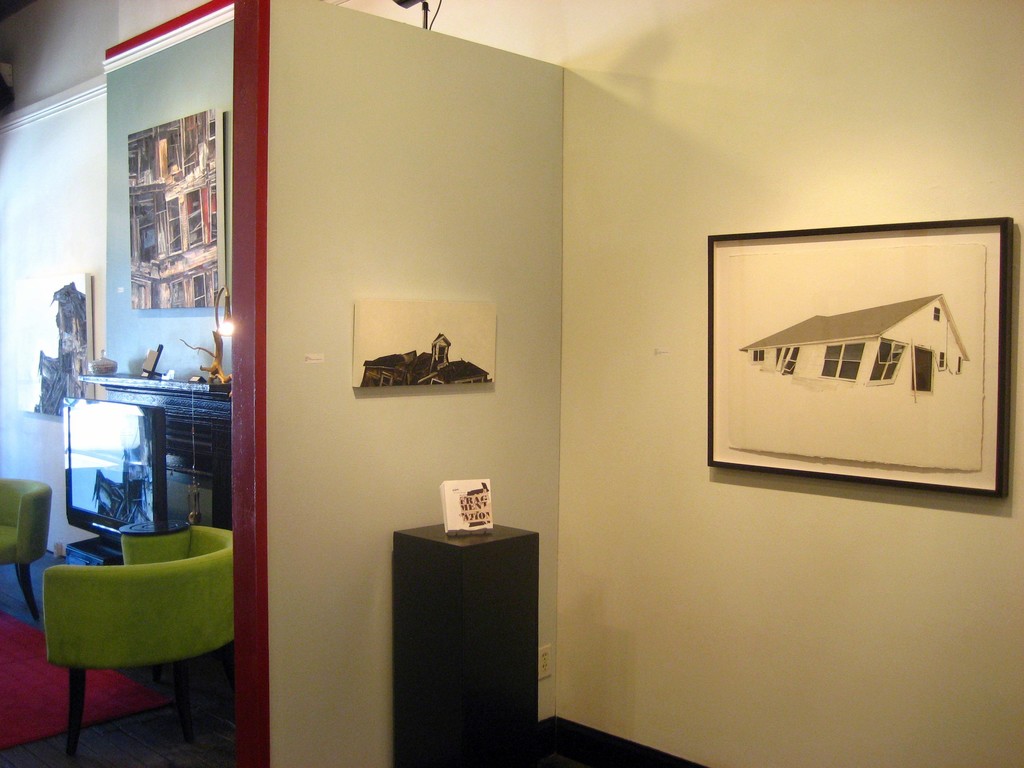 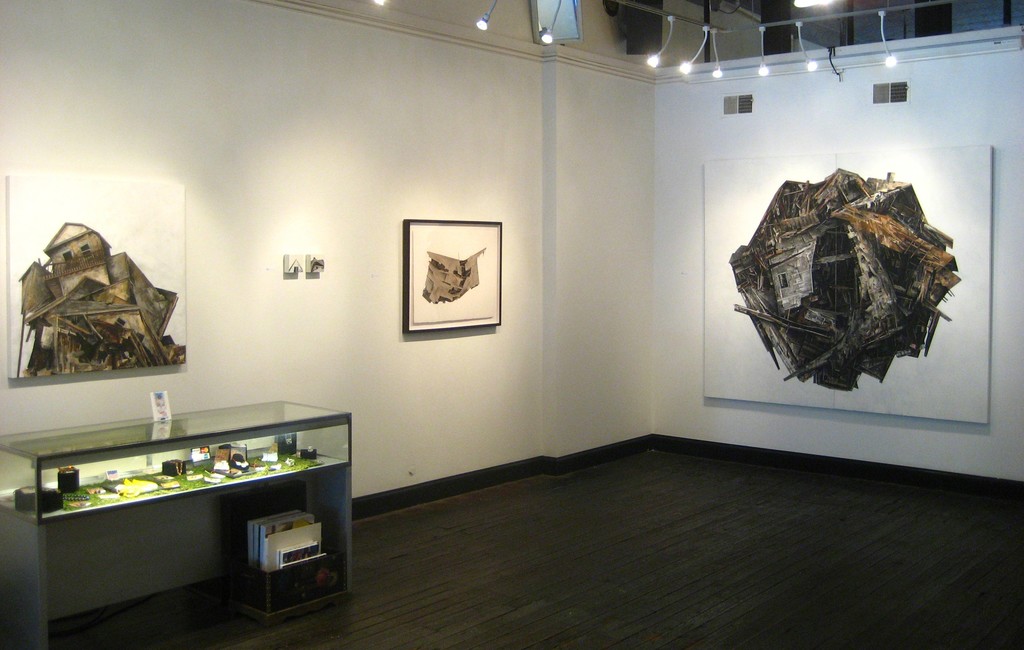 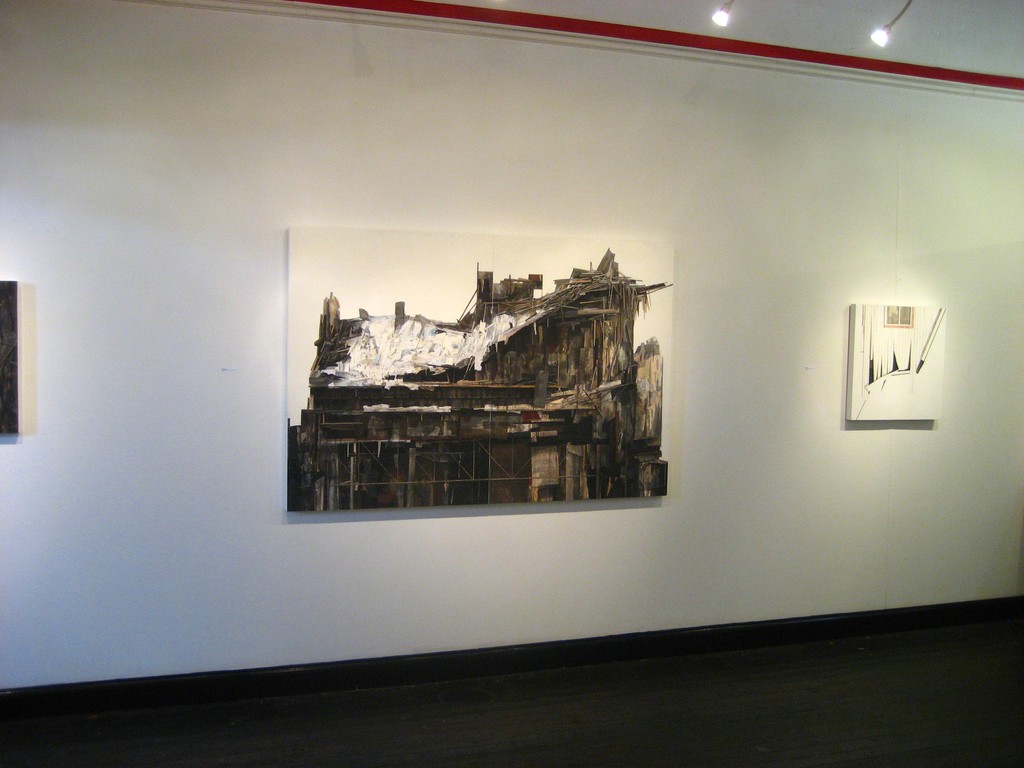 Seth Clark's work focuses on deteriorating architecture. He sees an inherent honesty in the face of his subject. These man-made structures, designed to be huge forces of permanence, are now collapsing in on themselves. Among all of the clutter—the shards of wood and layers of rubble—there remains a gentle resolve. It is as if the buildings were content with their circumstance. As he works, Clark studies these structures incessantly. They are on the brink of ruin, yet appear dignified in their state. Clark struggles to prove this as his mark-making becomes manic and frenzied. Something very energized and present is trying to escape out of a slow history of abandonment.

These images are created through an ambitious layering process. Clark collages with found paper to reflect the fragmented and complex tactility of decay. Once a dimensional foundation is achieved, various mixed media are used to bring definition and depth to these raw materials. The processes of collage and drawing alternate between themselves lending to a seamless blend of the two mediums. It often takes months for the subject to appear out of the many scraps of paper and scribble.

Clark is a Pittsburgh based artist and designer. Abandoned and collapsing architecture has served as a central focus of his work for over four years. He earned his BFA in Graphic Design in 2008 from the Rhode Island School of Design and has since been awarded two Design Excellence Awards from the American Institute of Graphic Arts, Pittsburgh. His drawings and paintings have shown nationally, most recently earning him Best in Show at the Three Rivers Arts Festival and publication in New American Paintings Issue #98.