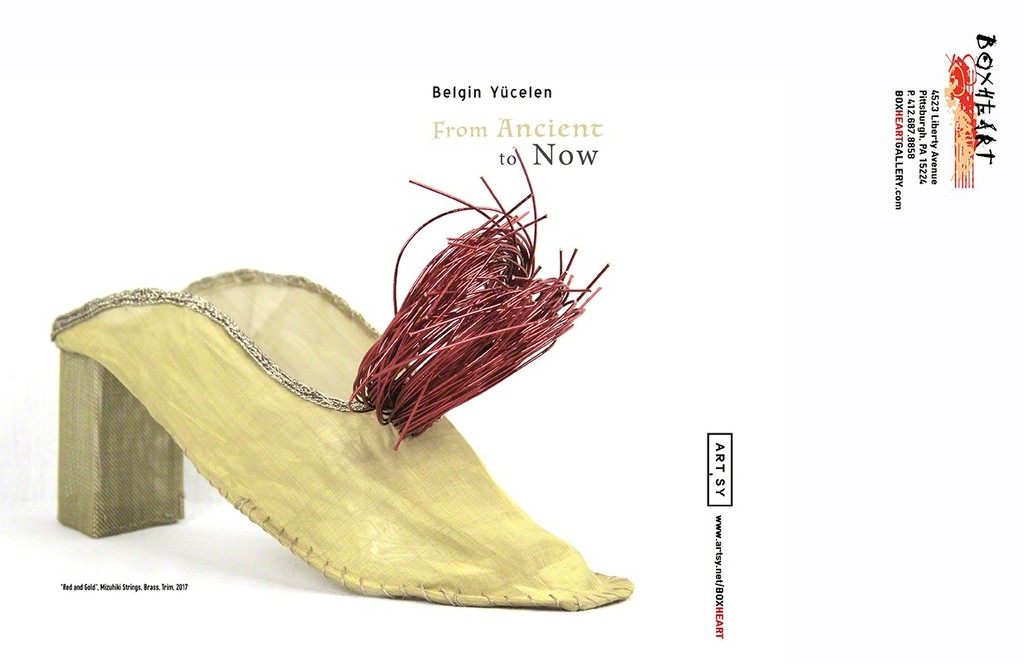 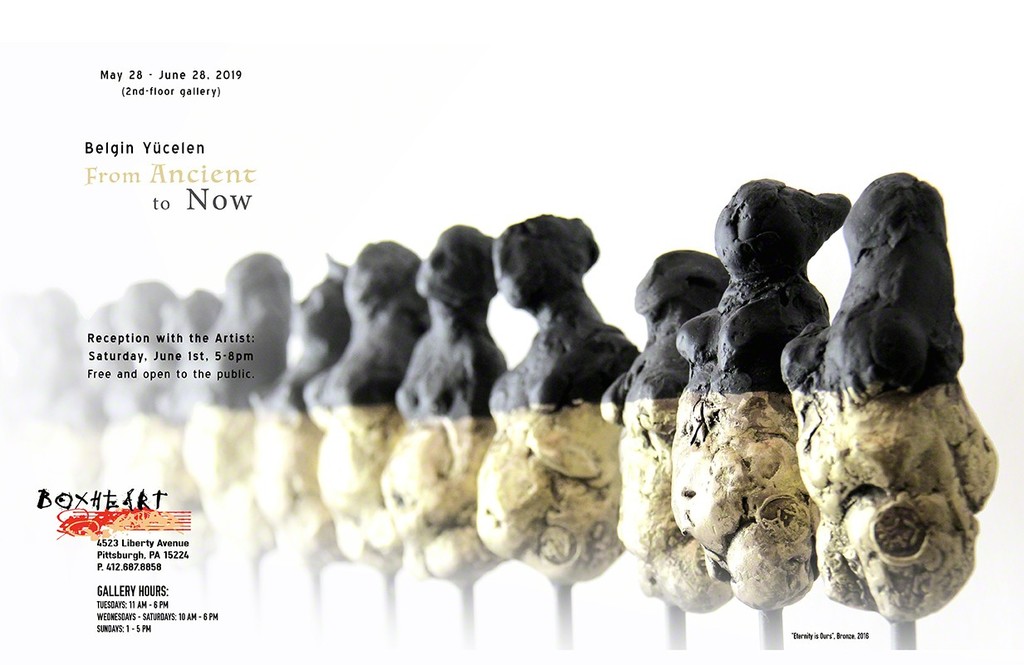 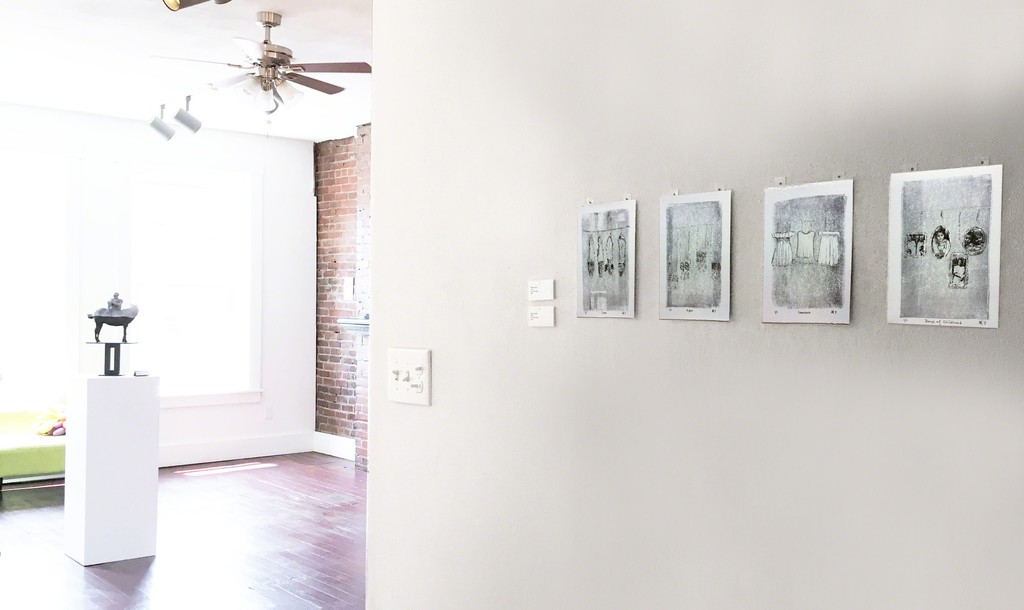 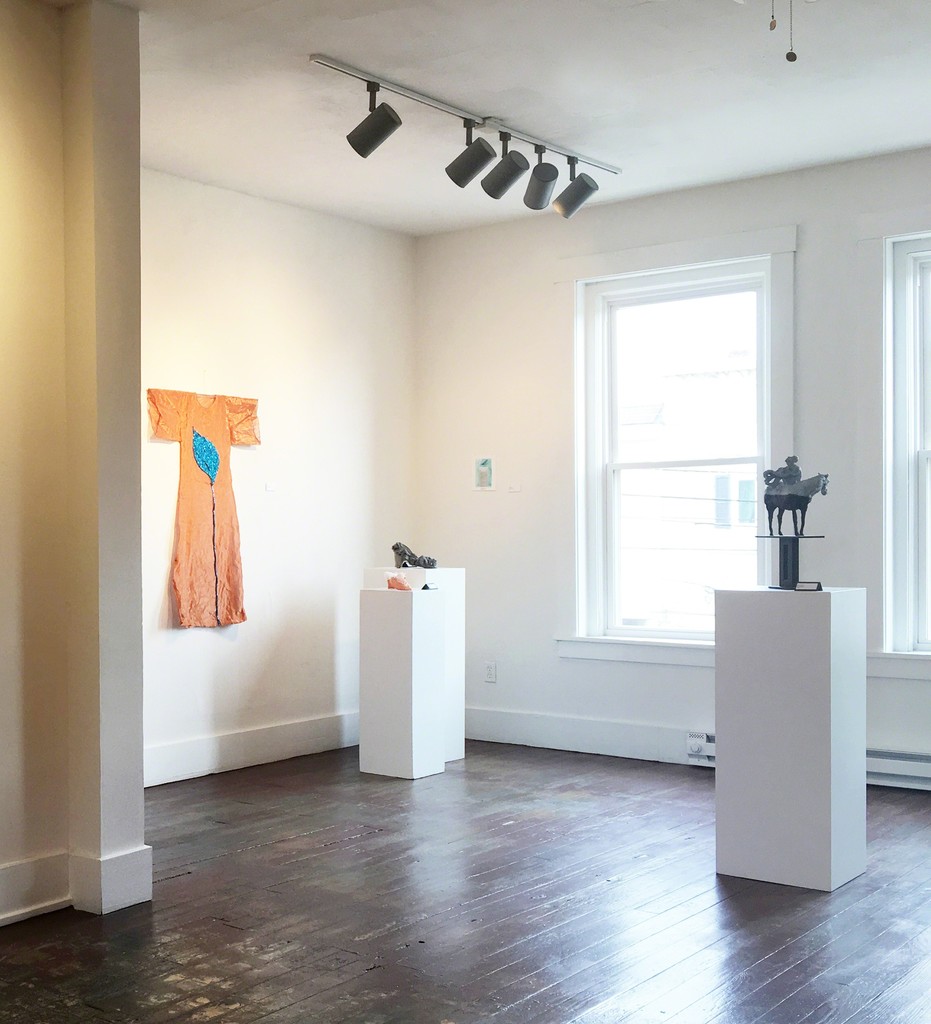 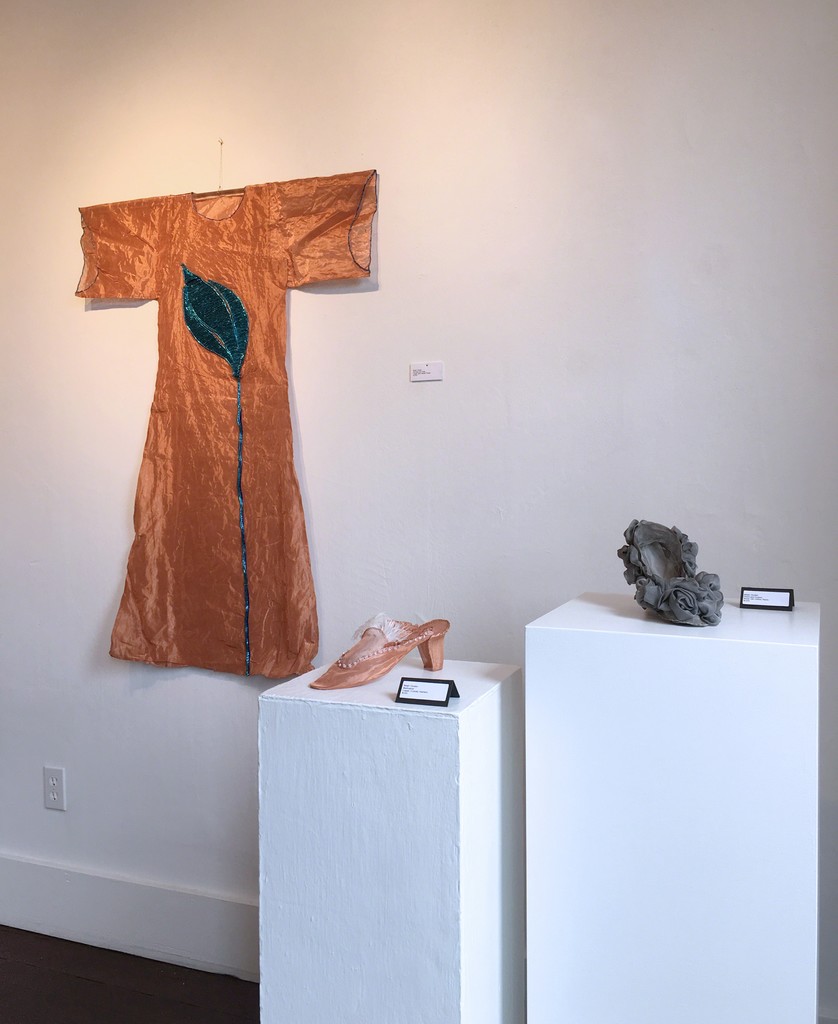 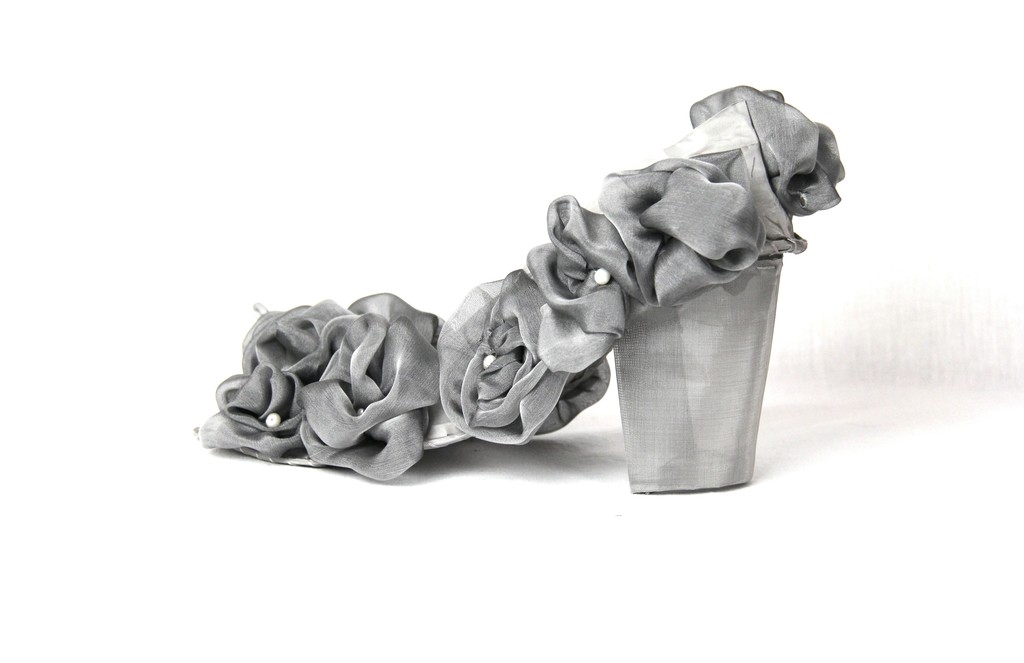 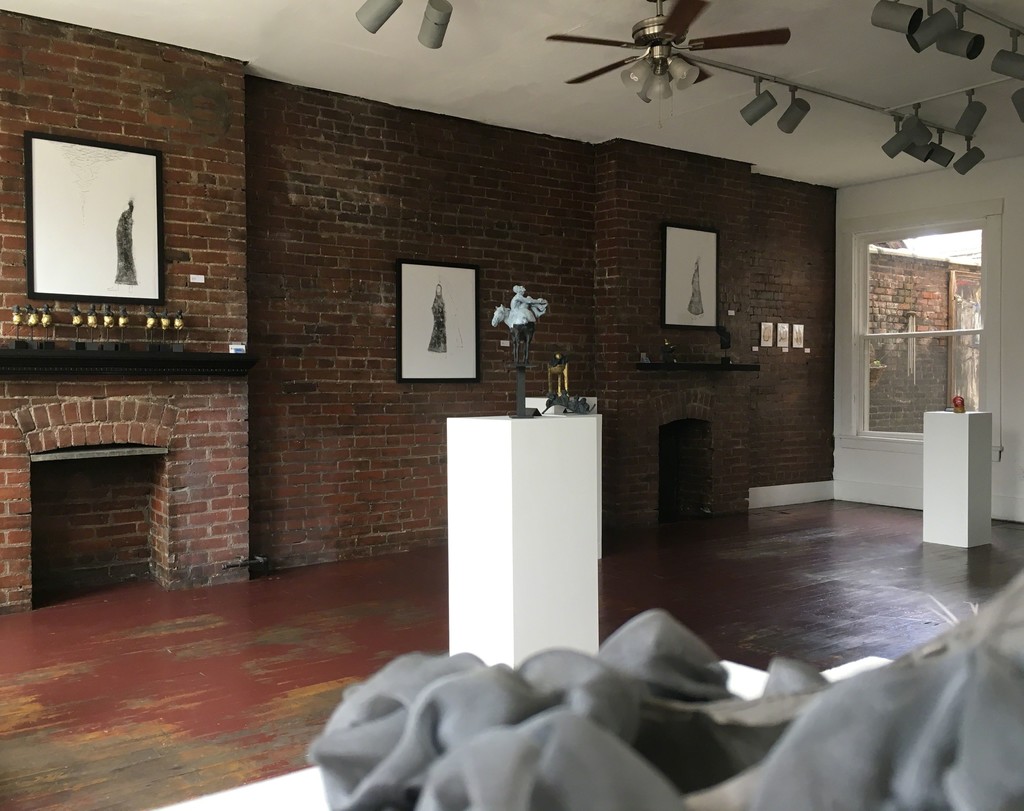 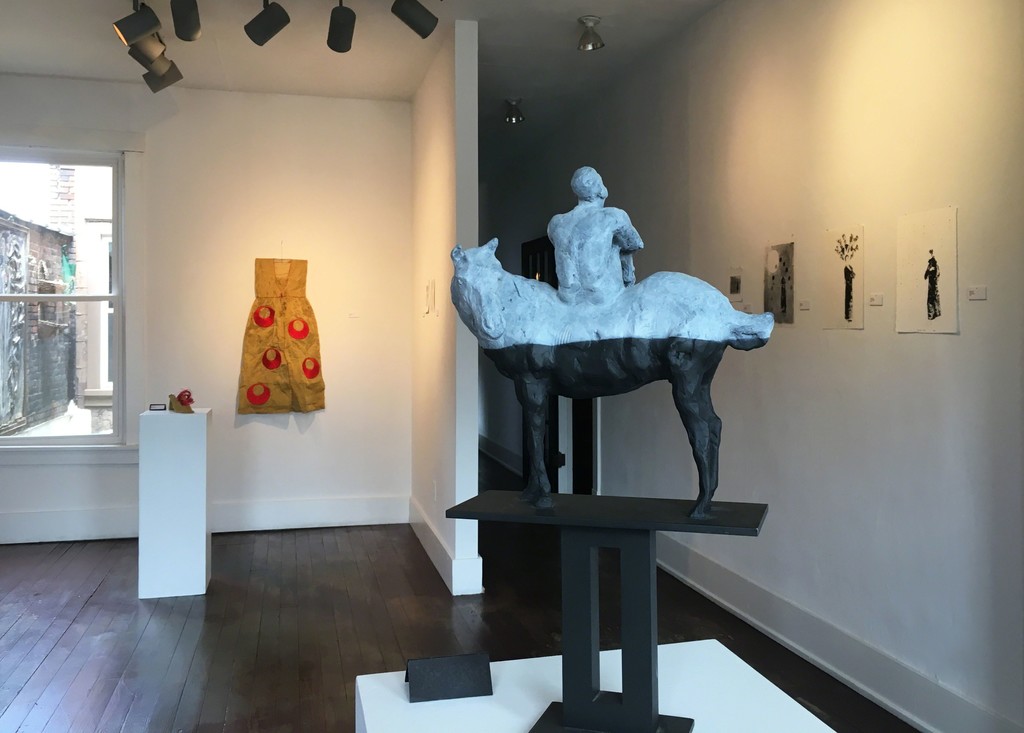 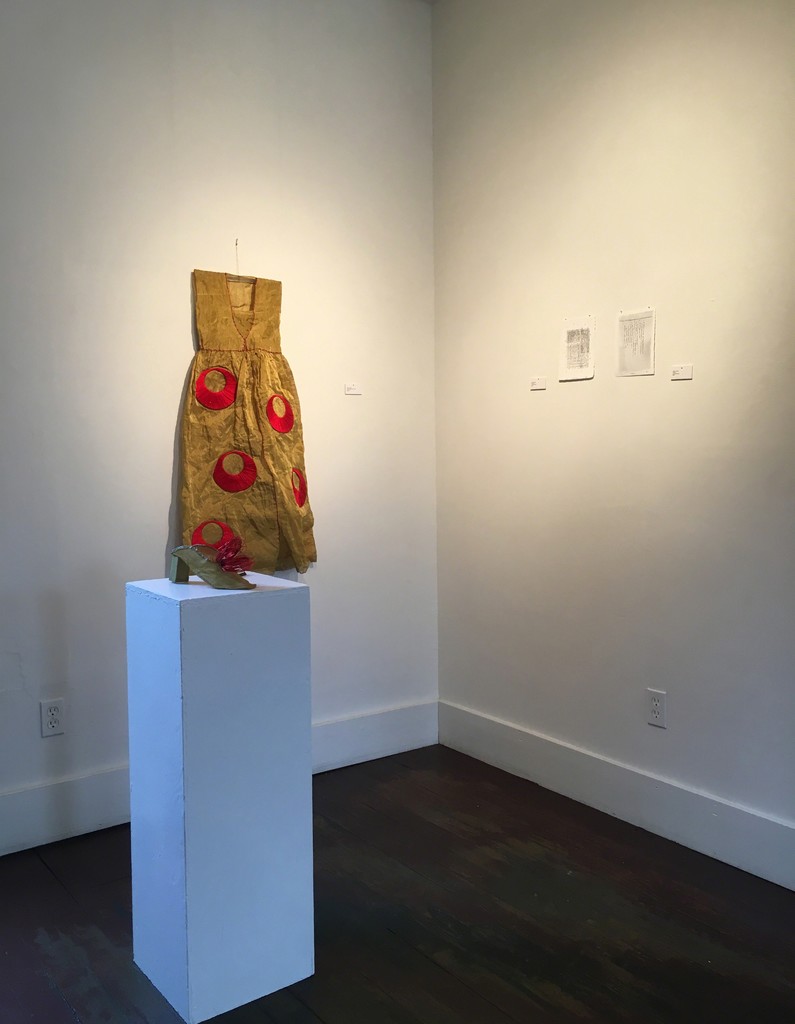 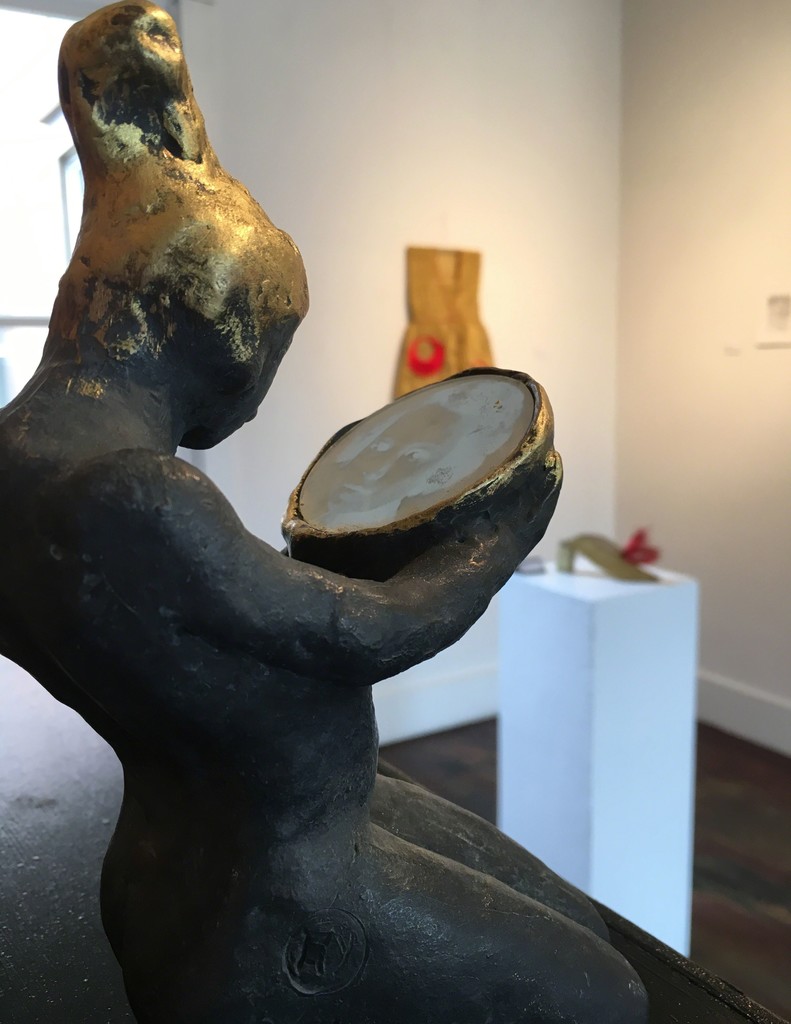 Organized by Nicole Capozzi and Joshua Hogan, owners of BoxHeart Gallery, Belgin Yücelen: From Ancient to Now references not only ancient scripts, architectural patterns, traditions, and social interactions but also allusions to literature, history, and science. Yücelen’s intent is to engage the community in understanding how norms and values within the present landscape were shaped by the past and how the future will form them.

Yücelen’s figurative bronze sculptures are a philosophical journey through the essential elements of life. Each sculpture is a visual commentary that questions our urge to overthrow our present norms, values, and aesthetics, instead of using them to inform our progress. By mashing past and future together, Yücelen dares us to cherish the human intimacy and face to face collaboration that we used to take for granted, and to discover new pathways to them.

Among the works on paper featured in Yücelen’s exhibition, From Ancient to Now, are three 30” X 22” monotypes on Women’s Rights in Islamic countries. From her 2017 series “Overwritten Scripts” each print emphasizes the inequality that exists based on socio-cultural norms rather than Islamic principles, which regard men and women equal in humanity.

During the summer of 2018, Yücelen created one small monoprint every morning. The result is her series, “To Moon”. From Ancient to Now includes six works from this series that reference ancient scripts and poetry.

Belgin Yücelen: From Ancient to Now also includes selected metal sculptural dresses and shoes from her series, “Clothes from the Past”. Inspired by her cultural history, Yücelen created garments as a reference to the clothing patterns of Europe and Anatolia during the era of the Ottoman Empire. Her work, “Persian Dress with Crescents”, was inspired from a woman’s 18th century robe because of the deep influences of Persian language, epic poems, and miniature paintings on the Ottoman culture. Constructed from brass and red dupioni silk, Yücelen used a technique she adopted form dival embroidery of thread over cardboard to create the dresses crescents. The crescent motif appears in Turkish textiles dating as far back as the 14th century.

Belgin Yücelen: From Ancient to Now tells stories lost in a time between ancient and now and a place between Middle East and West.

Yücelen, a Turkish-American, is inspired by her cultural history. She studied sculpture at the Florence Accademia D'Arte in Florence, University of Colorado Boulder, Art Students League of Denver, and Scottsdale Art School. With a PhD in chemical engineering and research, Yücelen also knows how exciting the future is. She has received various grants including; the 2018 Moon and Stars Project Grant; 2018 and 2017 Fellow by the Clark Hulings Fund, 2018 Kristal Martı Award by KALID; the 2017 Tending Space Fellowship for Artists by Hemera Foundation, and she is a National Sculpture Society elected member. Publications include; in Fort Morgan Times, Pittsburgh Articulate, The Tribune Review, Les Femmes Folles, the Daily Camera, Chicago Reader, The Examiner and Reporter Herald. Yücelen’s exhibition, From Ancient to Now, is supported by funding through the Colorado Creative Industries - Career Advancement Grant.