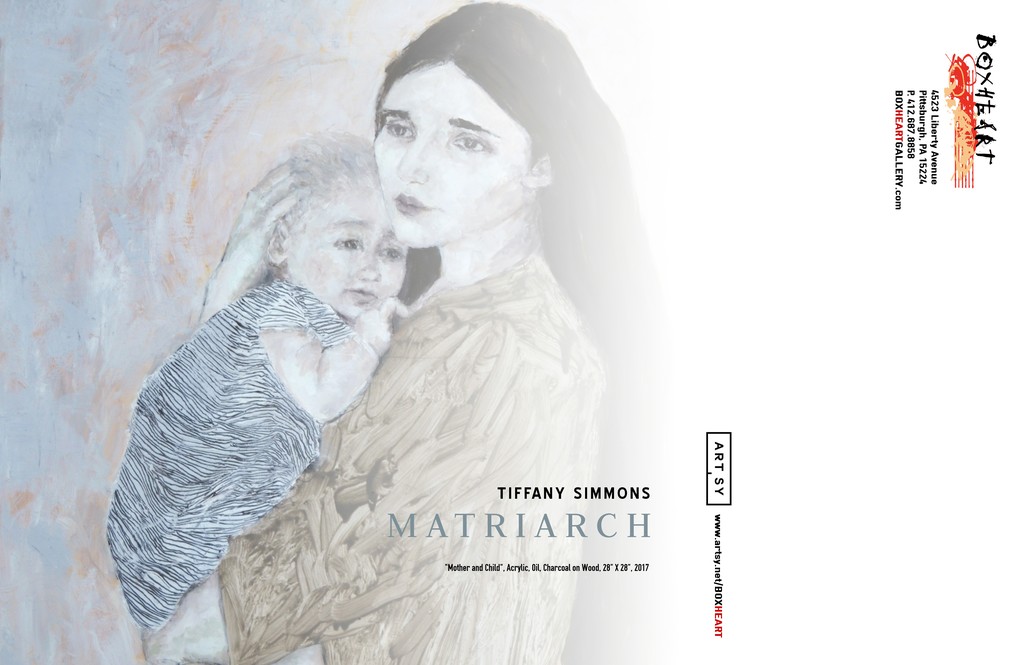 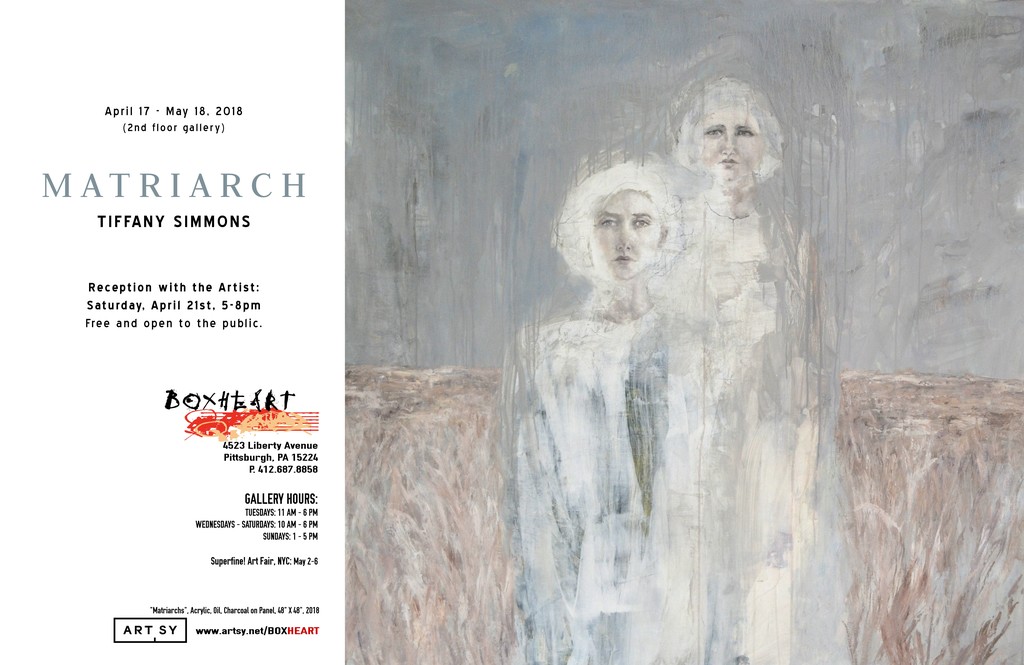 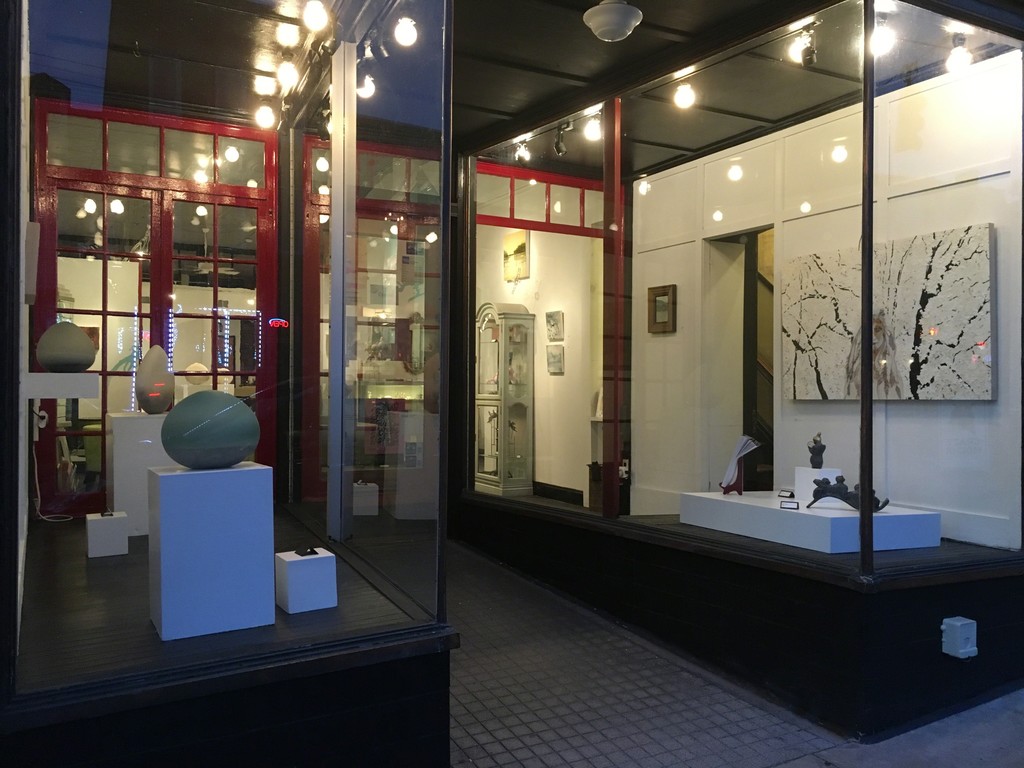 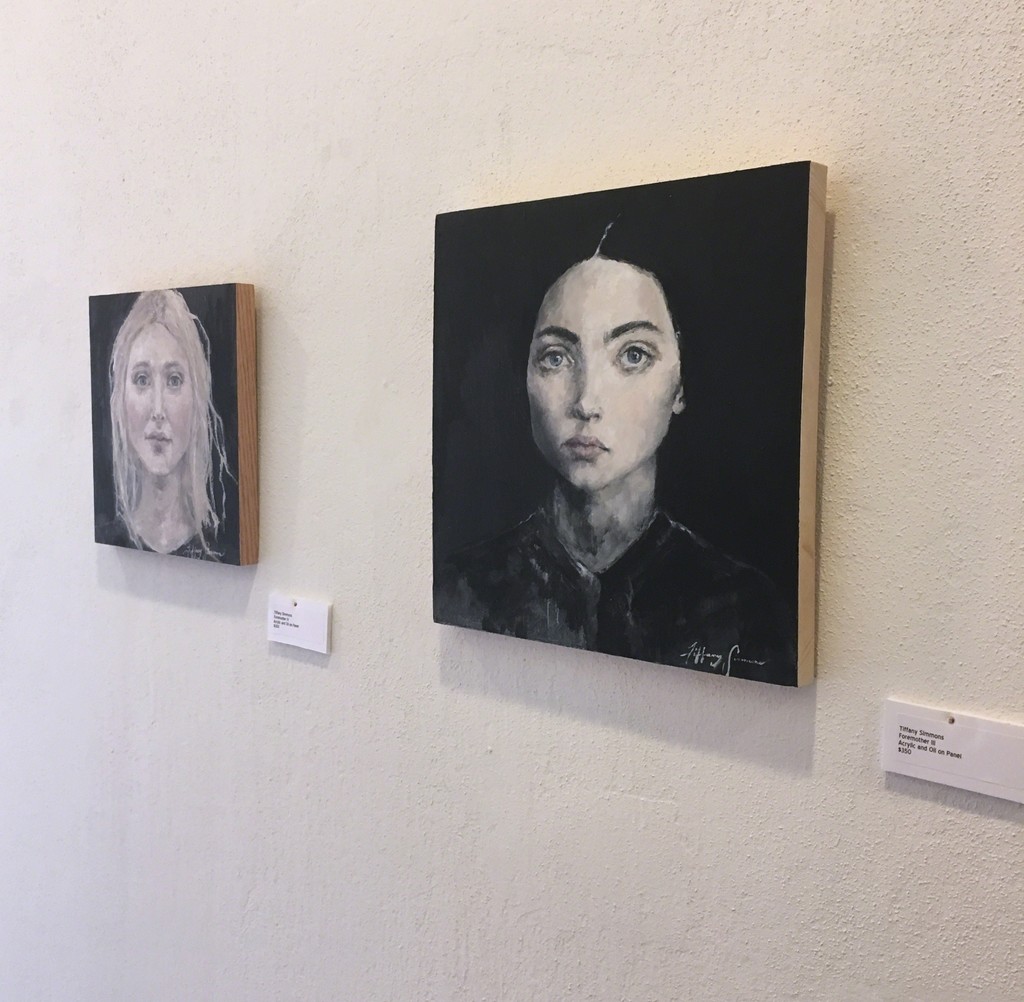 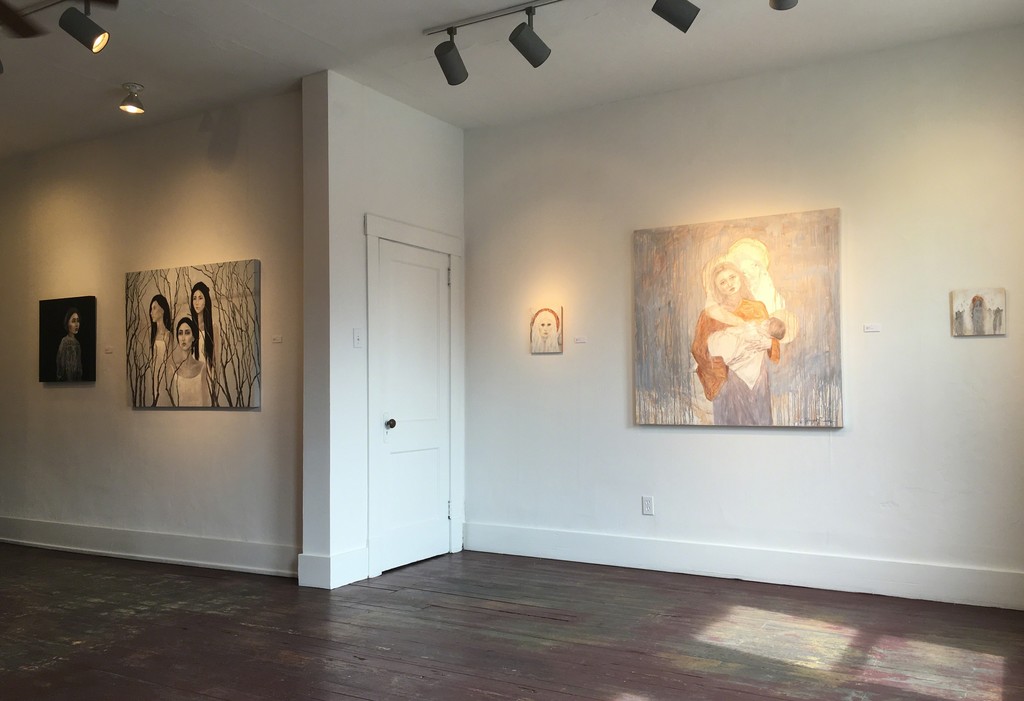 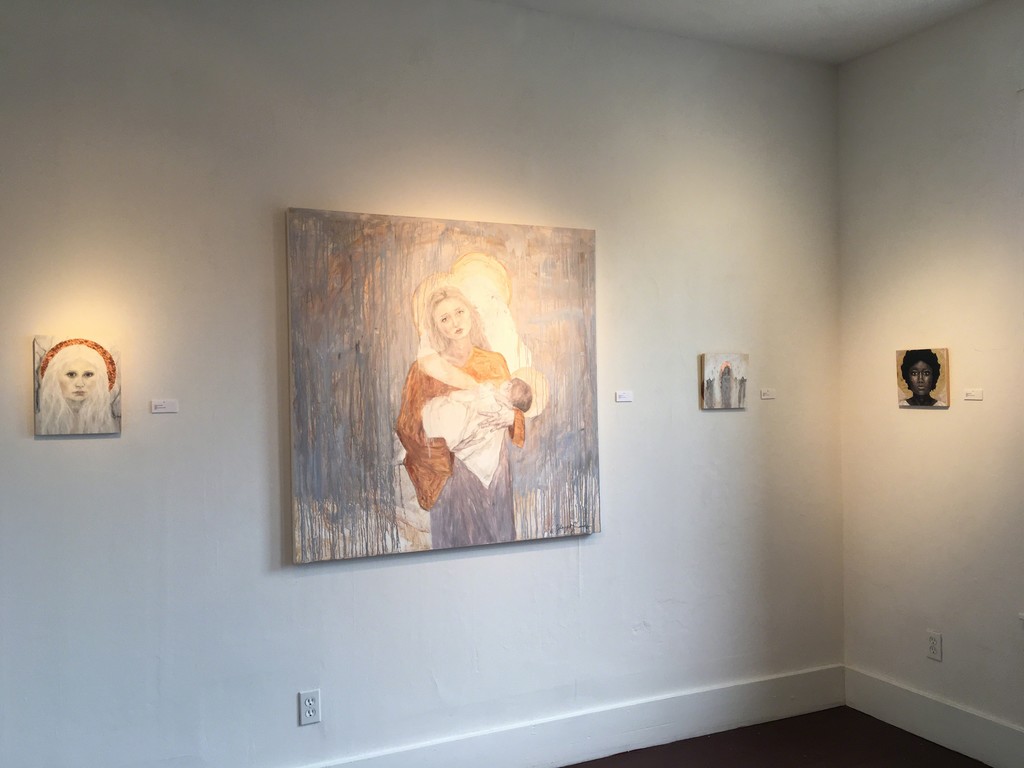 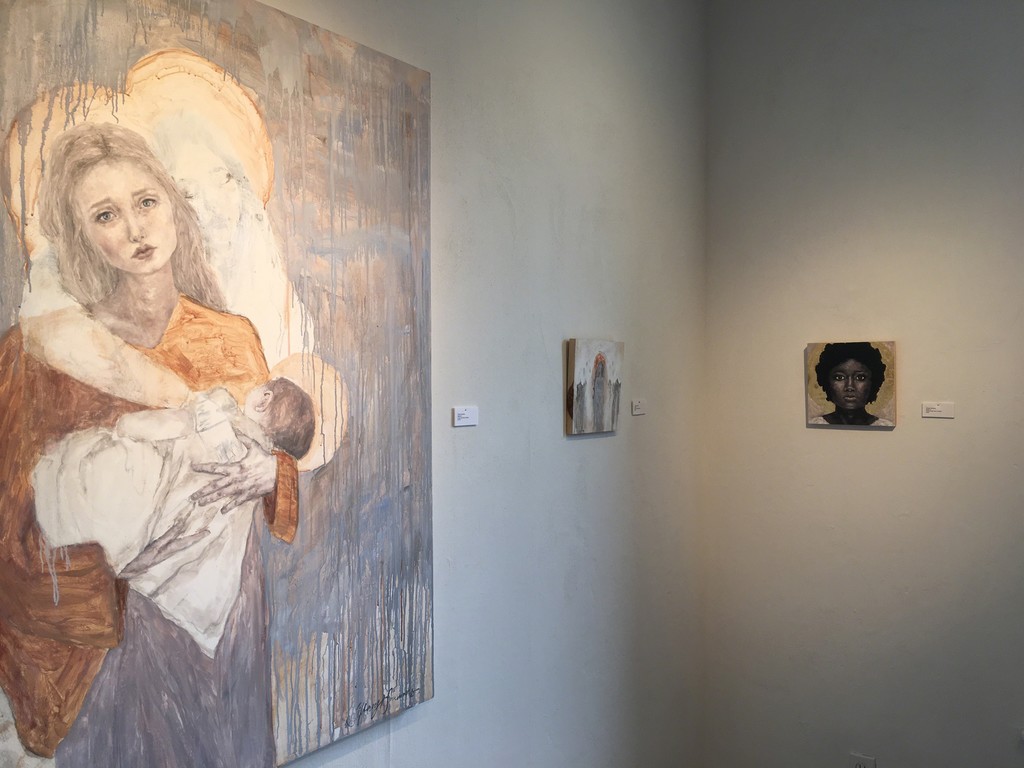 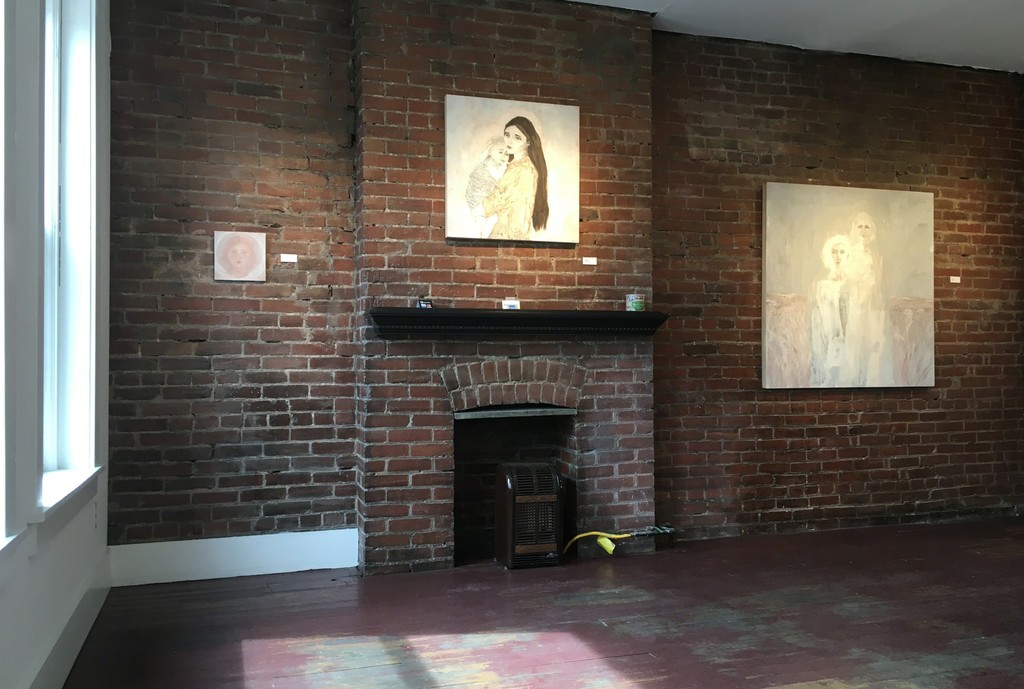 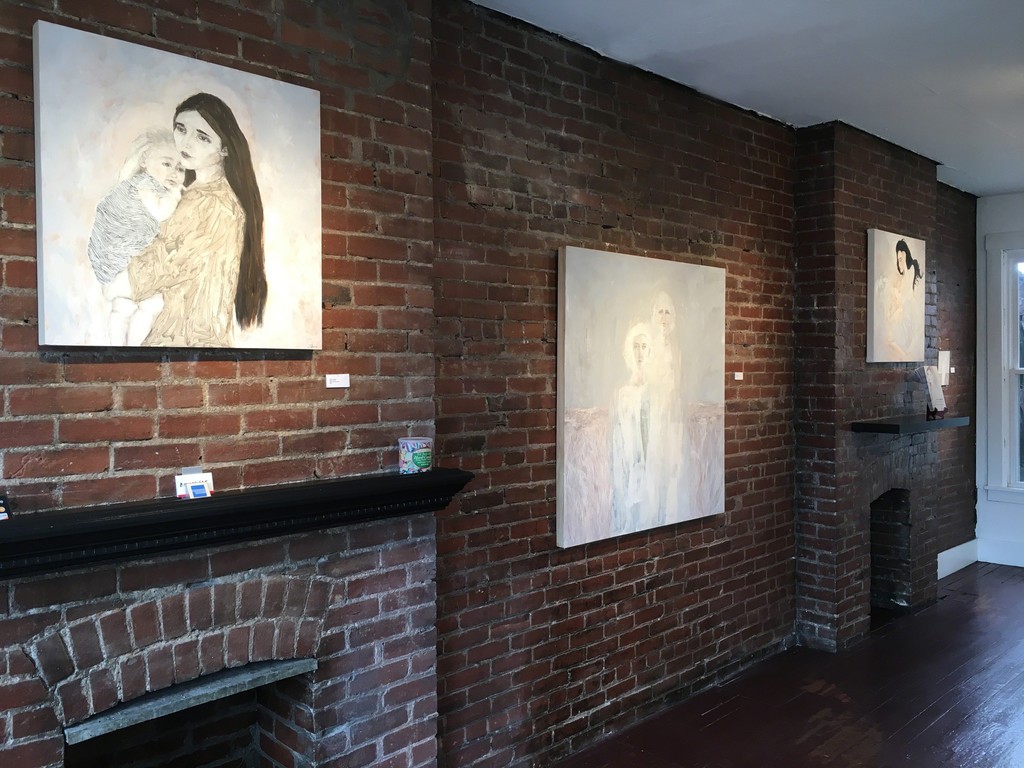 An intimate collection of portraits inspired by visitations, dreams, and ancestral angel protectors, Tiffany Simmons: M A T R I A R C H serves as a psychological deconstruction of the female archetype as a leader, mother, and predecessor. Each visage portrays a semblance of the seen and unseen, revealing the inner conflict of motherhood, the simultaneous strength and vulnerability, dominion, and restriction, all contextualized by the ancestral ties to the foremothers who laid the psychological landscape of the maternal paradigm.

Striking pallid depictions of dusky scenes and ethereal figures are made spell binding through textured white haze hues and tenebrous themes of melancholy. Looming figures invite into the sublime deep to reverence the dichotomy of the state of bearing, in it's duty of bliss and limitation. The ashen figures are rendered in a delicate and hasty paradox that etch a visually conspicuous sense of imperfection into the harmony of the psychic landscape.

An ominous ghostly narrative is balanced by sublime symbolism in barren branches and open landscapes that lend vulnerability to the existing isolation of the figures. Regardless of whether they are alone, the solitude of bearing simultaneous exultation and melancholy invites the viewer back to those who bore us and bear the truth that remains.

Born and raised in Dallas, Tiffany Simmons' roots are deeply Texan. She studied in Utah Valley and graduated in Studio Art from Brigham Young University where nature began to shape much of how she relates to her work. Simmons and her husband recently returned from living in the Middle East and have landed in northern West Virginia where becoming a new mom and north eastern beauty have captured her spirit in a way she could never have foreseen. Her work has also been shown at Anthony's Fine Art curated by Zion Art Society, ArtSpace111, Seton Hill University, The Sego Gallery, The Startup Building and at Brigham Young University's Harris Fine Art's Center, David M. Kennedy Center, and Hinckley Centers.