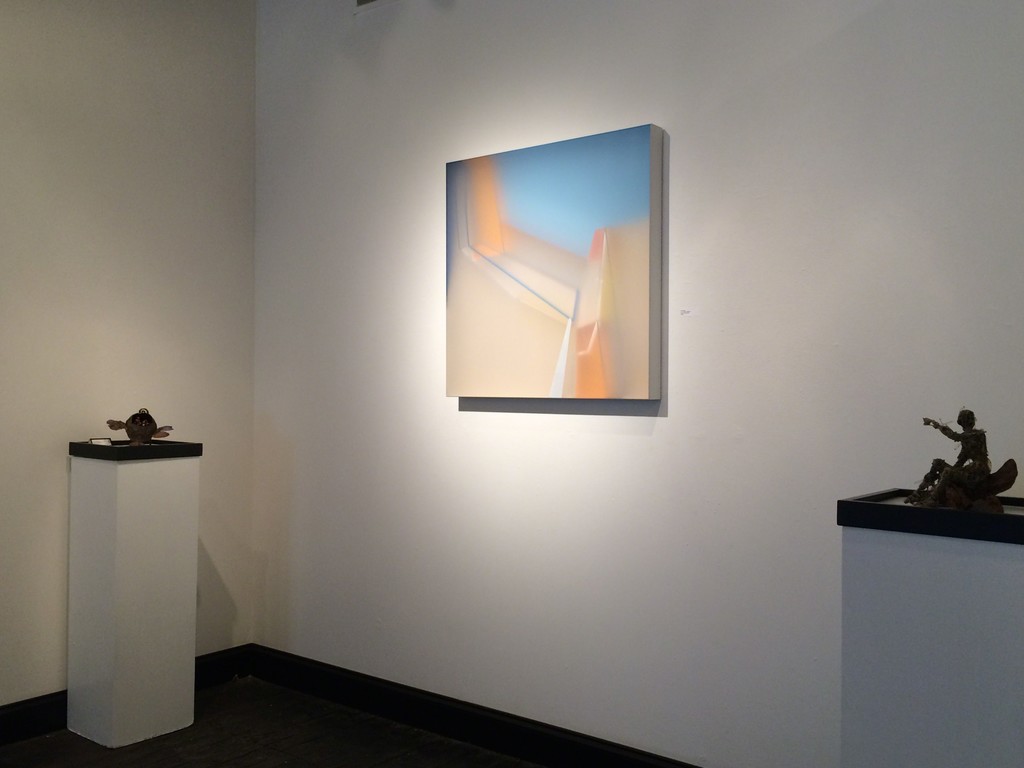 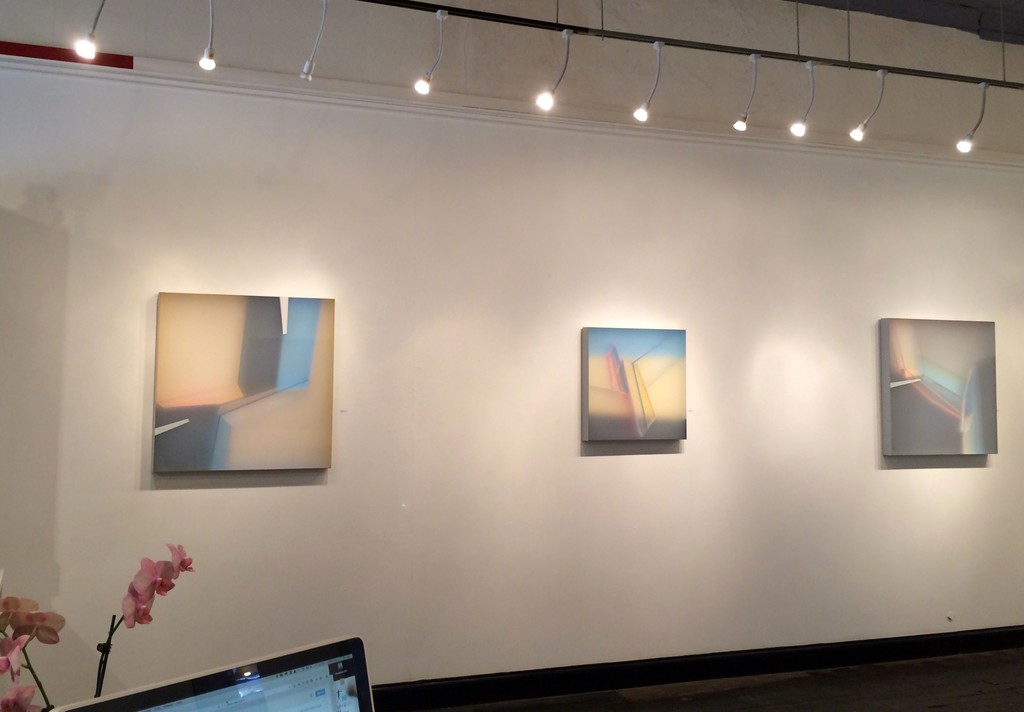 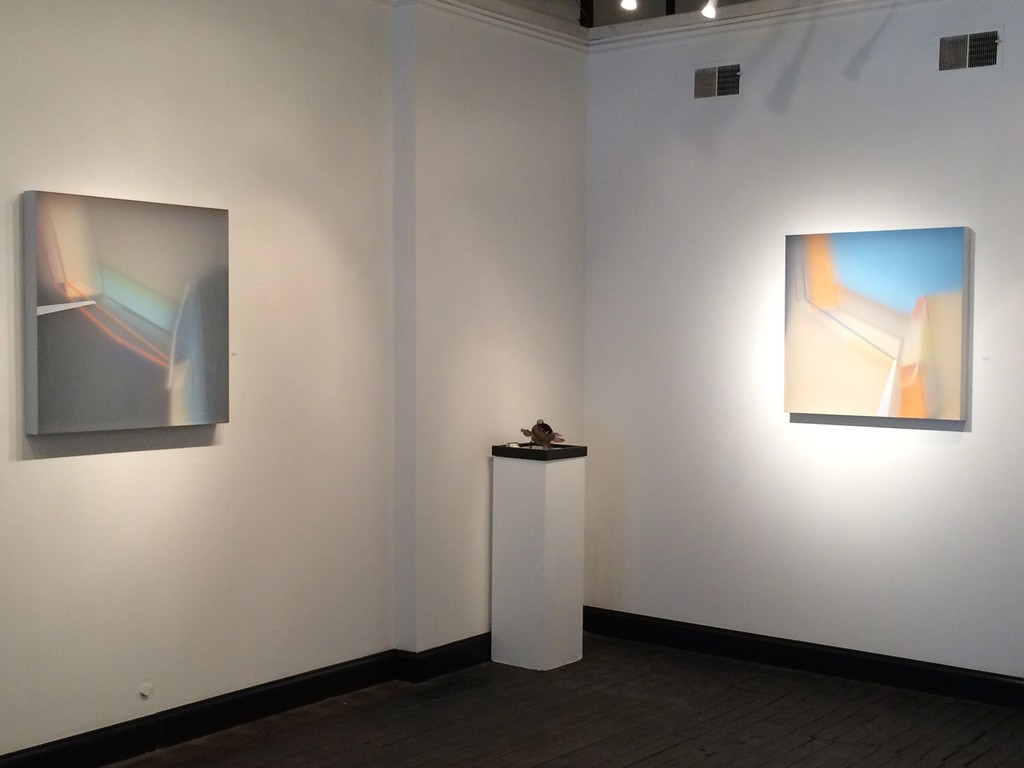 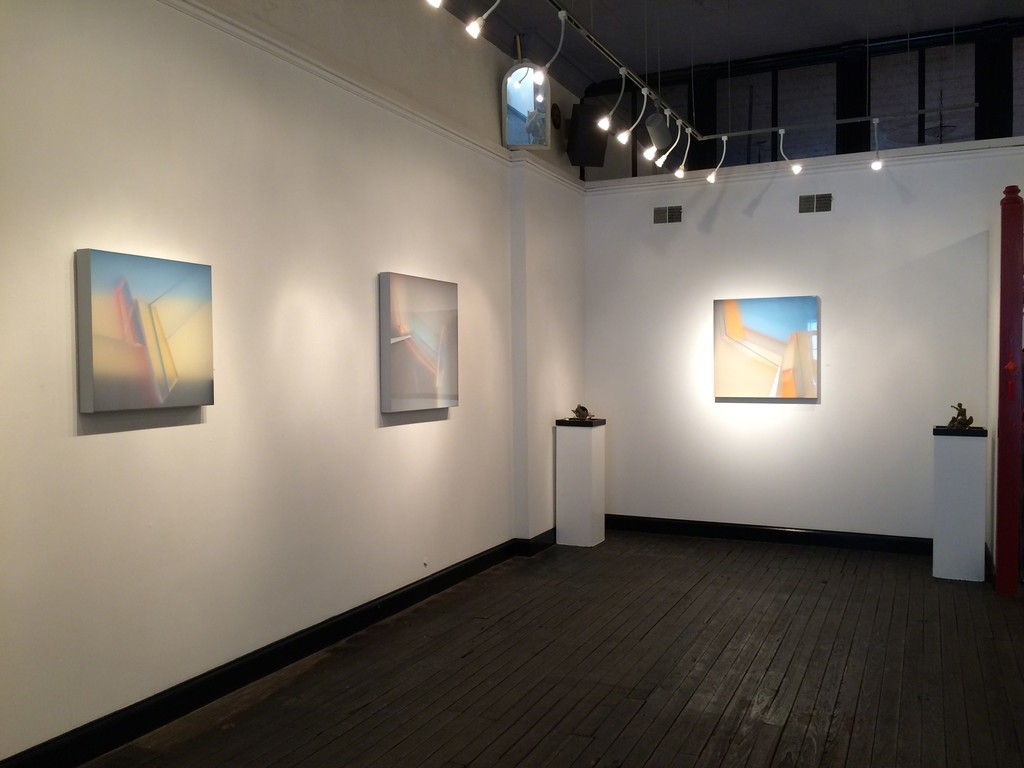 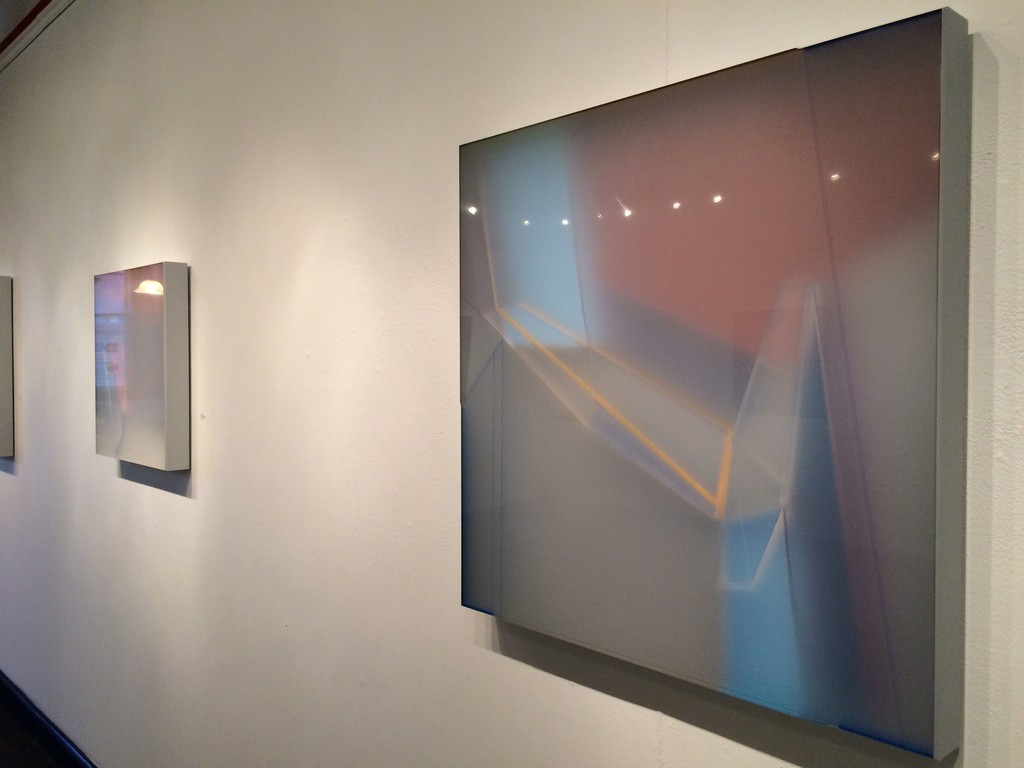 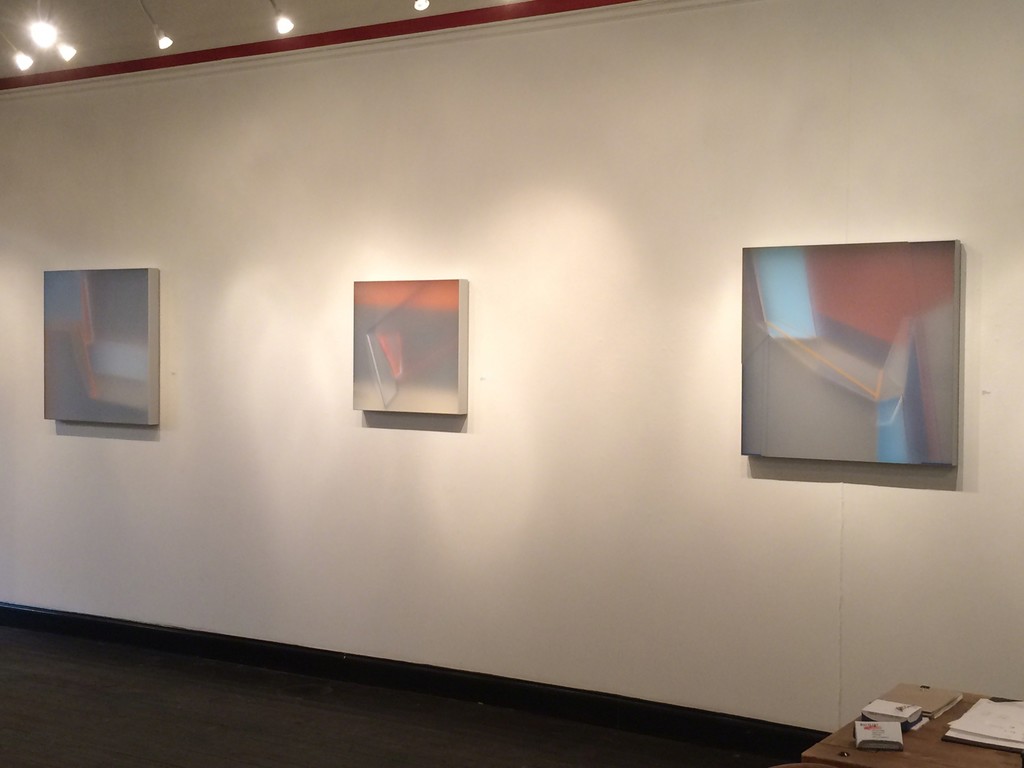 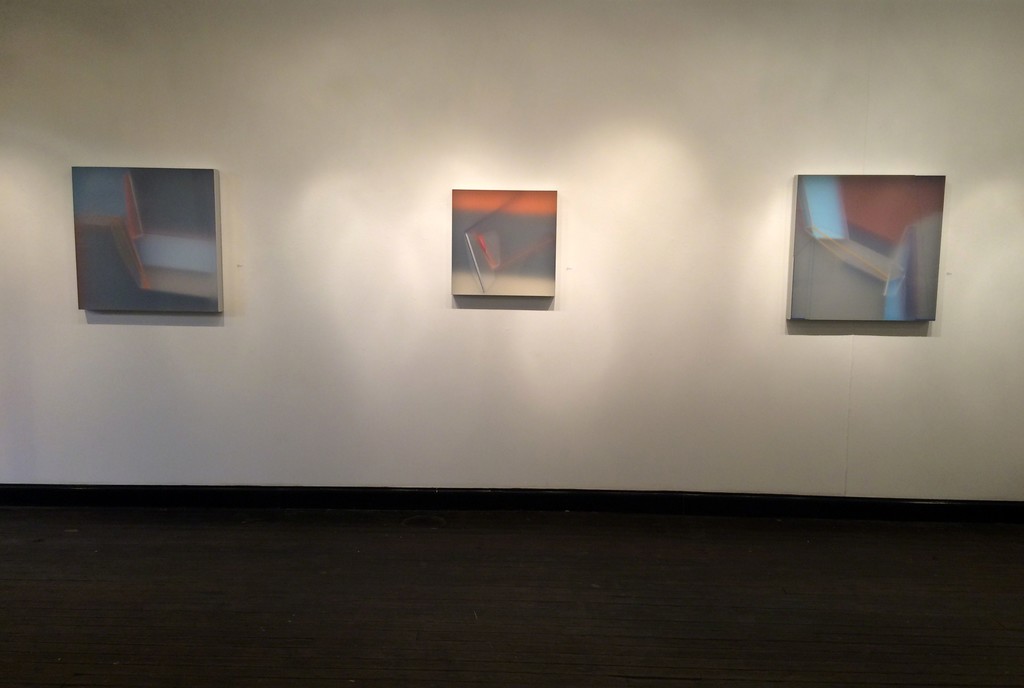 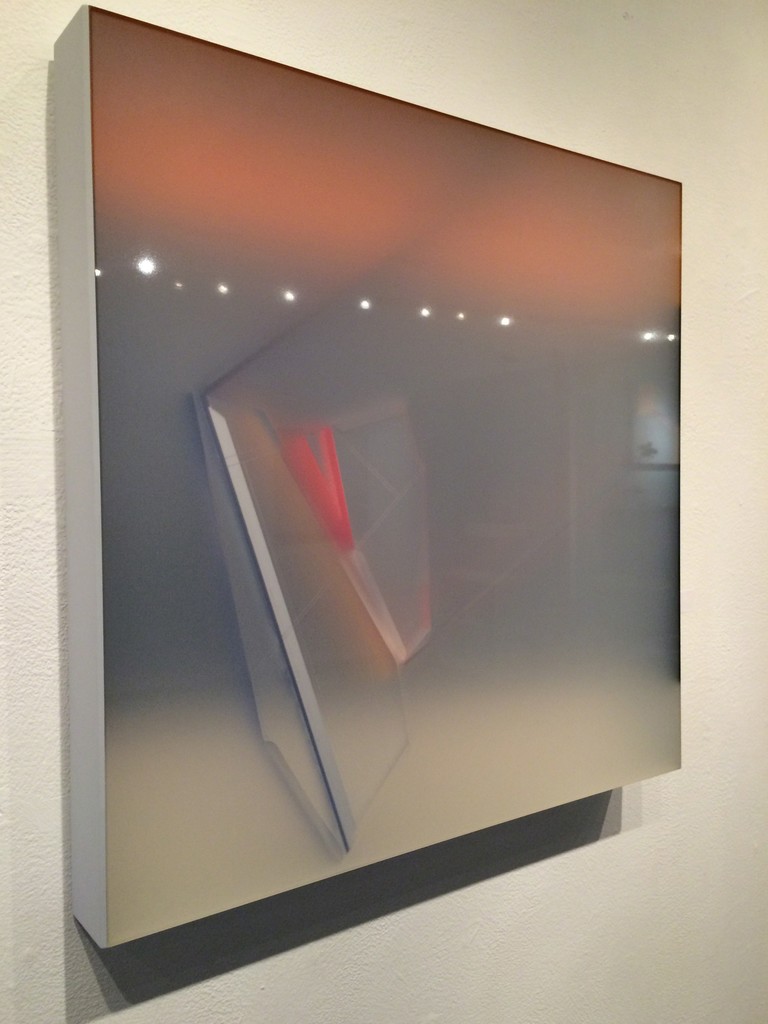 After 20 years as a painter, it occurred to artist Kal Mansur that light and color are mediums in and of themselves. He began using colored acrylic glass and developed a process of cutting, gluing, sanding, and buffing to alter their levels of translucency and reflectiveness. The material imbues color with volume and as light moves through the work, colored shadows are created. For him, the ability to control and "conduct" how light interacts with surfaces is an ongoing attempt to create a visual braille, that is, a language by which color, light, and composition can be felt and not merely observed. A visual artist specializing in acrylic glass construction, Mansur's artwork manipulates available light. Internal elements appear to shift, depending on one's viewpoint. The translucent surface both conceals and reveals space behind the picture plane, an oscillation between two and three dimensions. Mansur received his BFA from the University of Texas. His artwork was recently exhibited at the Palm Springs Fine Art Fair, the Architectural Digest Design Show, Art Breda (Netherlands) and the Affordable Art Fair (Belgium, London, New York).