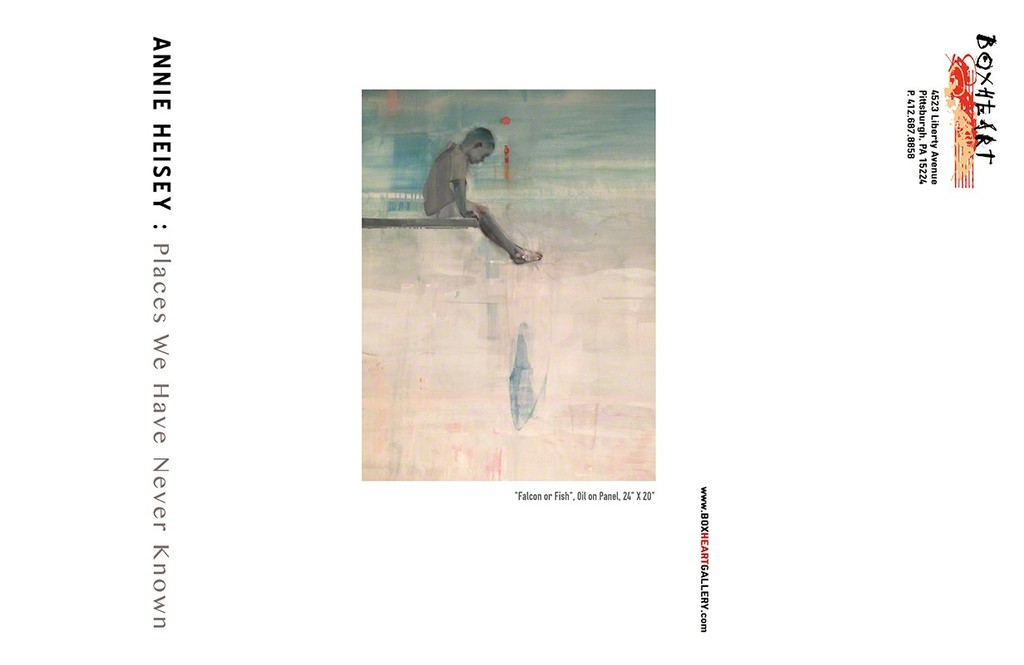 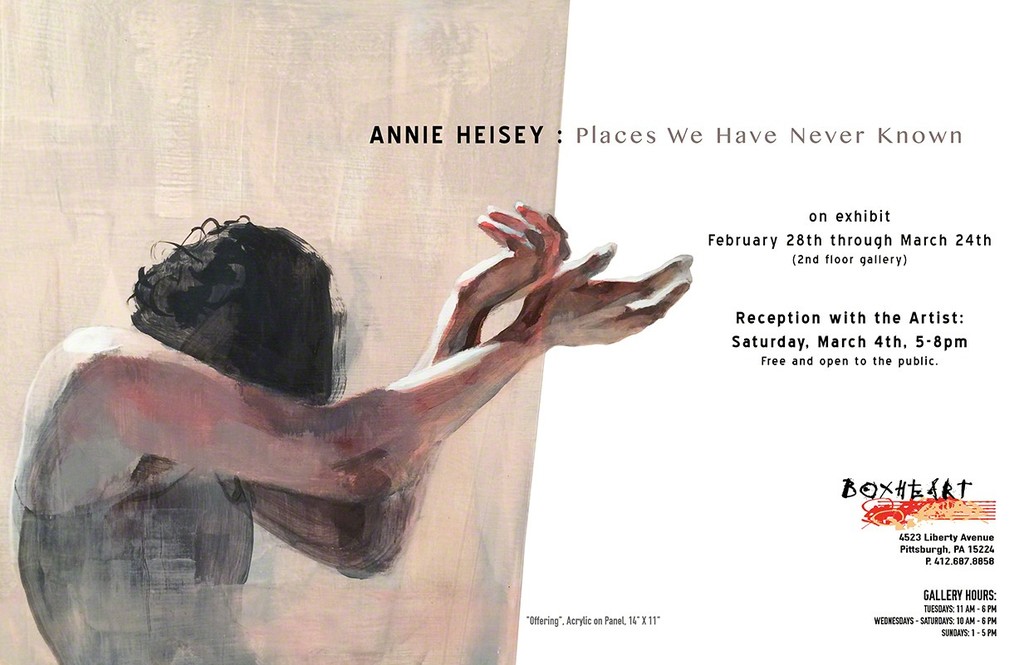 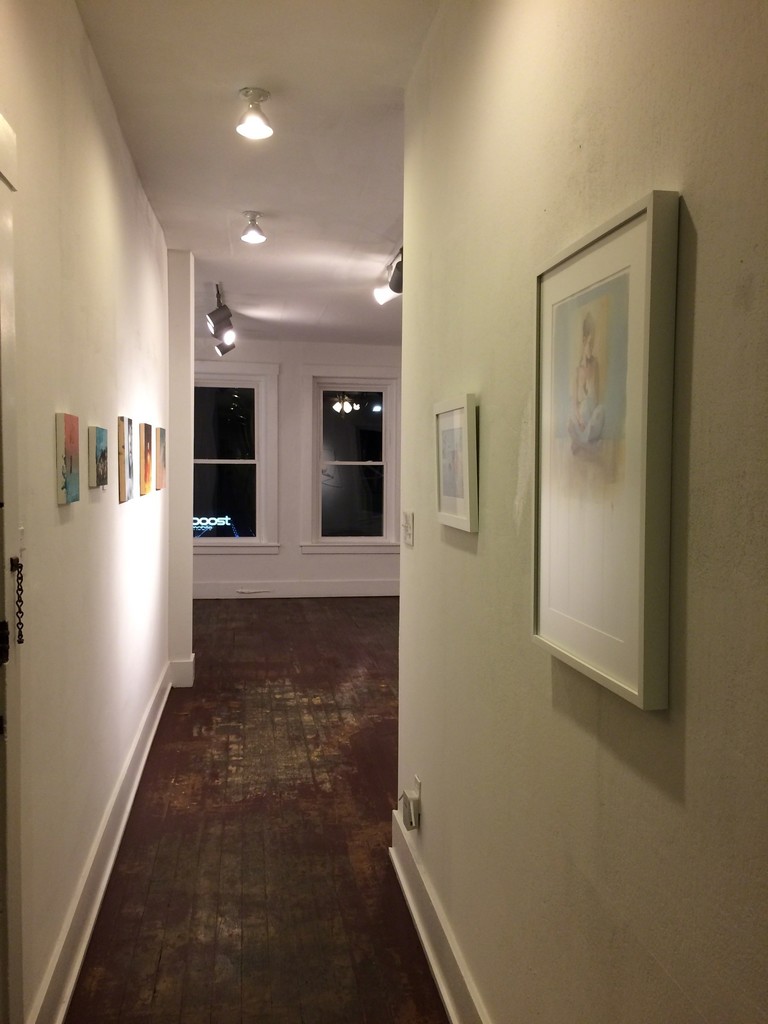 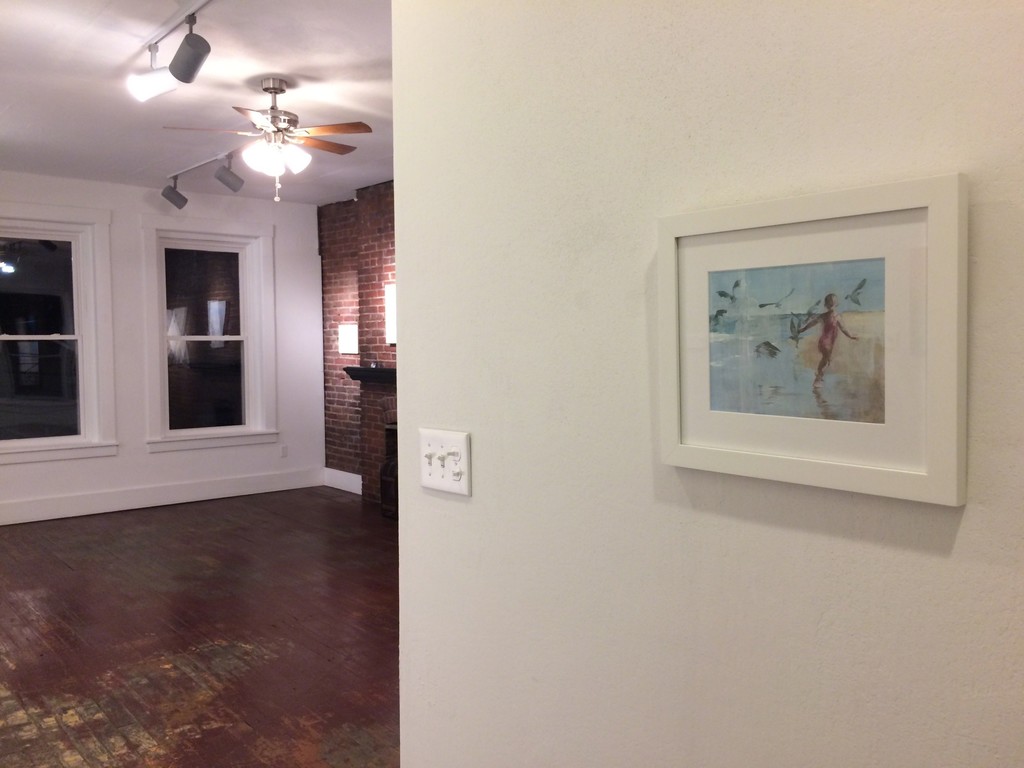 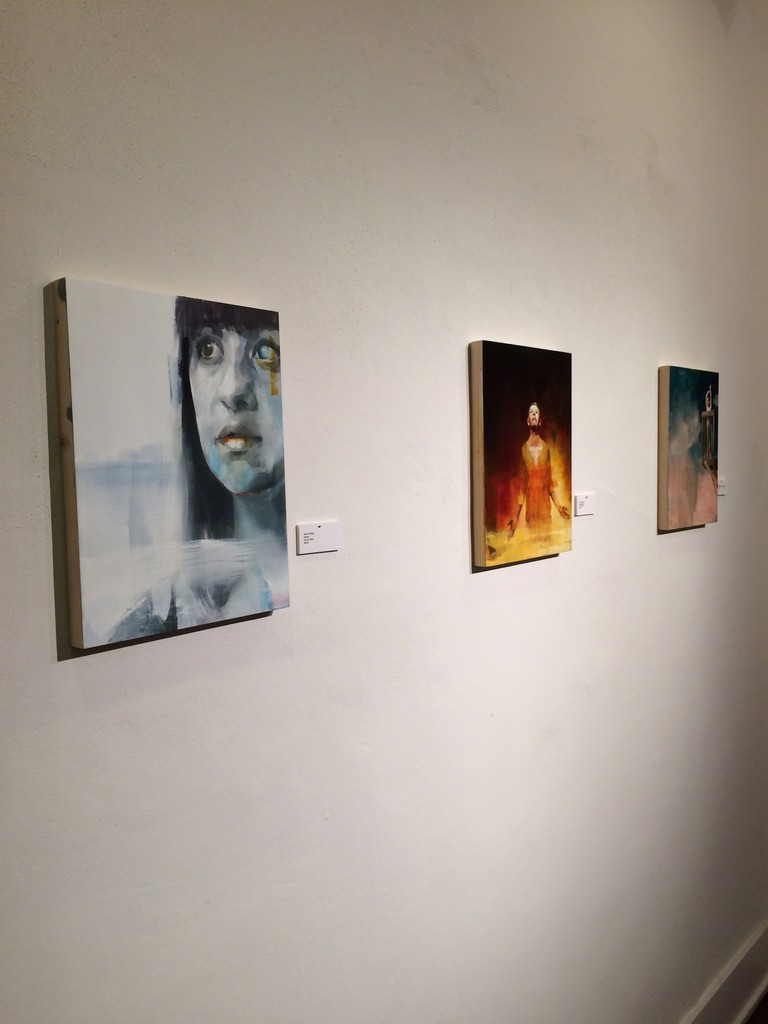 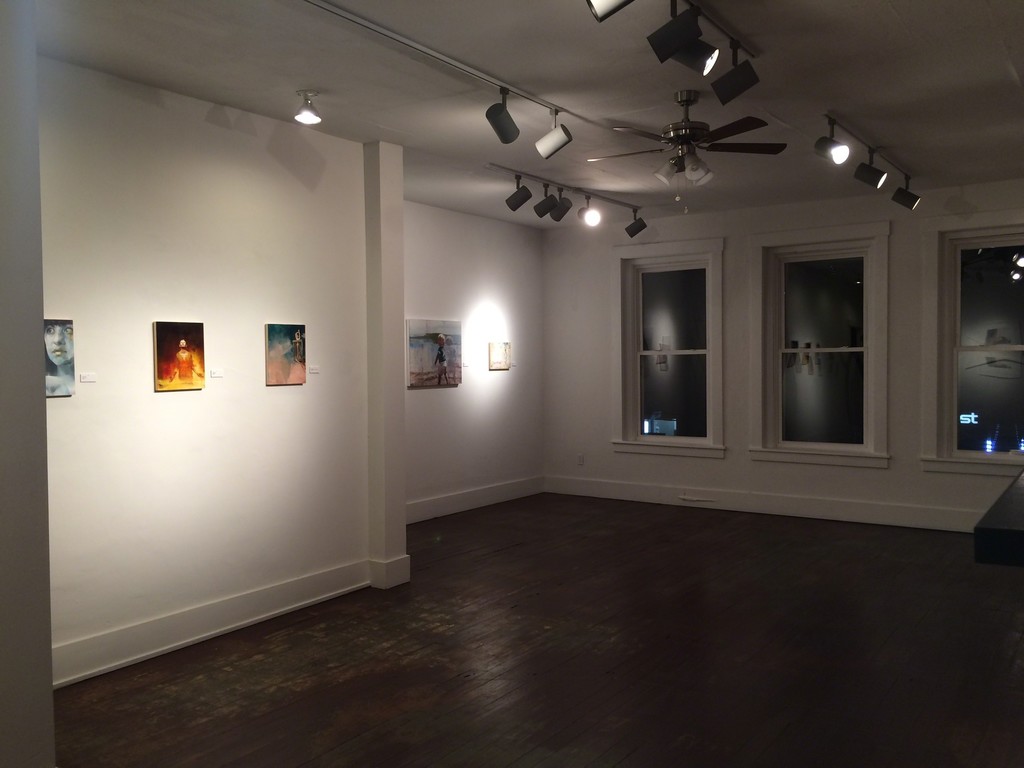 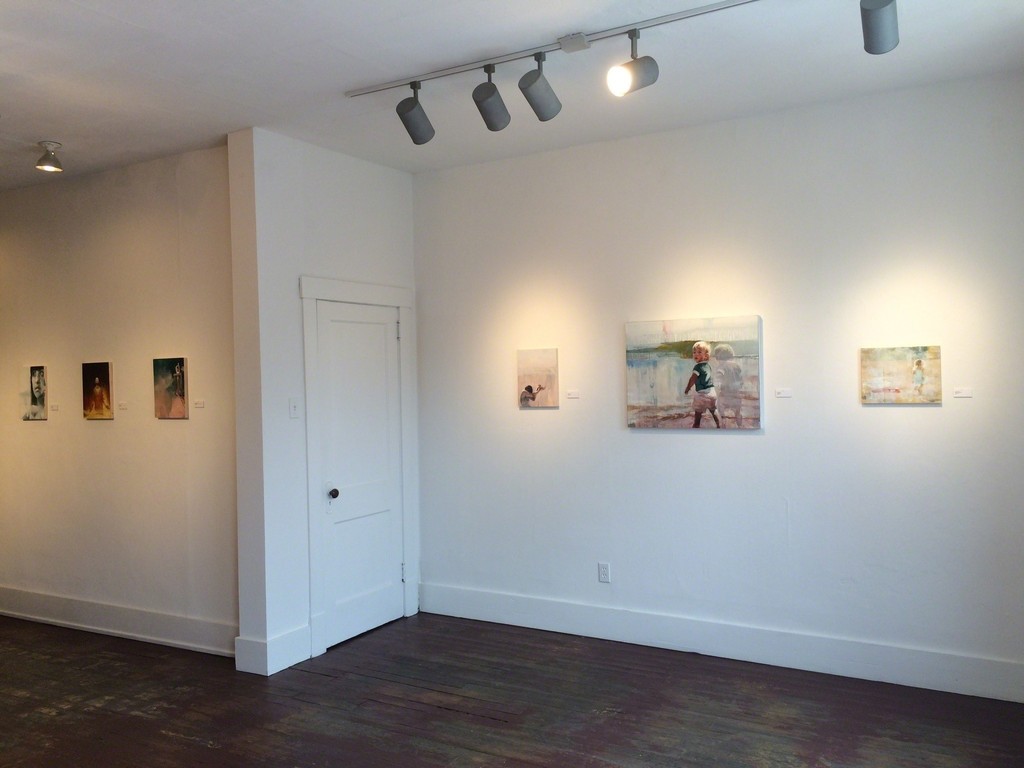 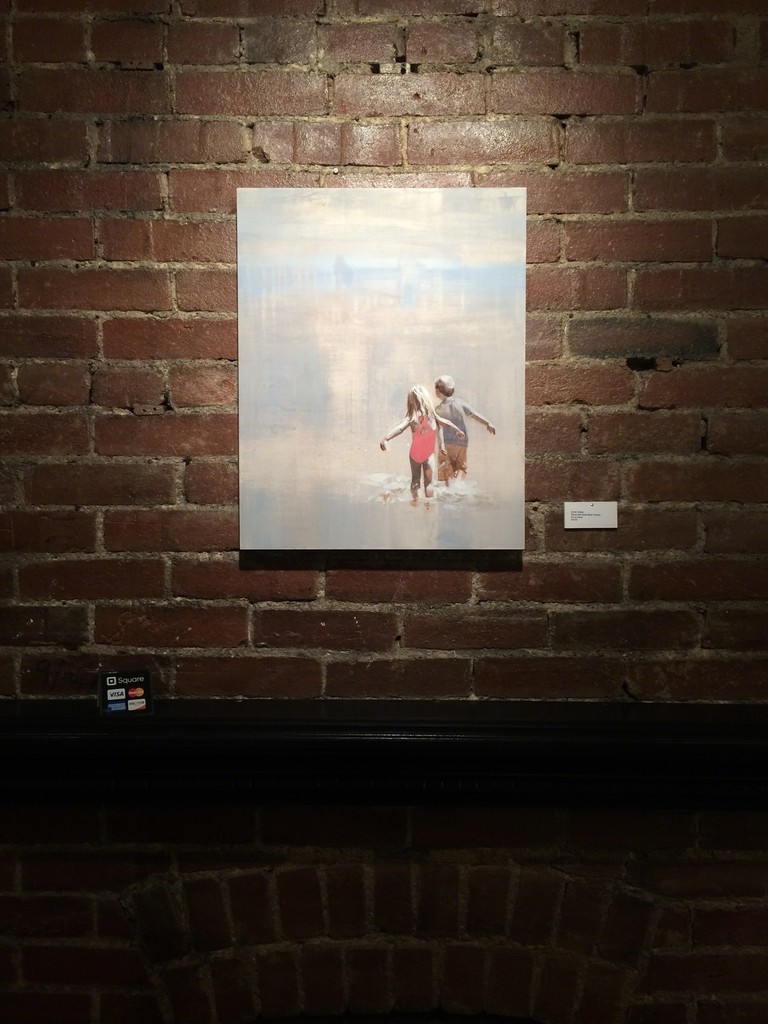 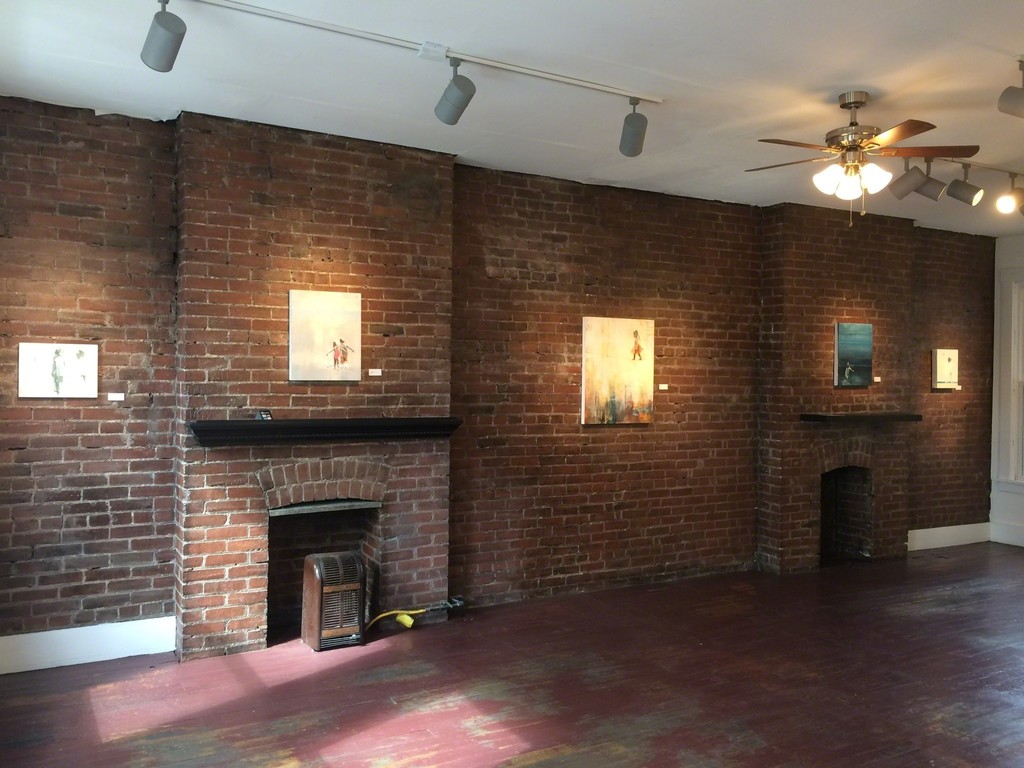 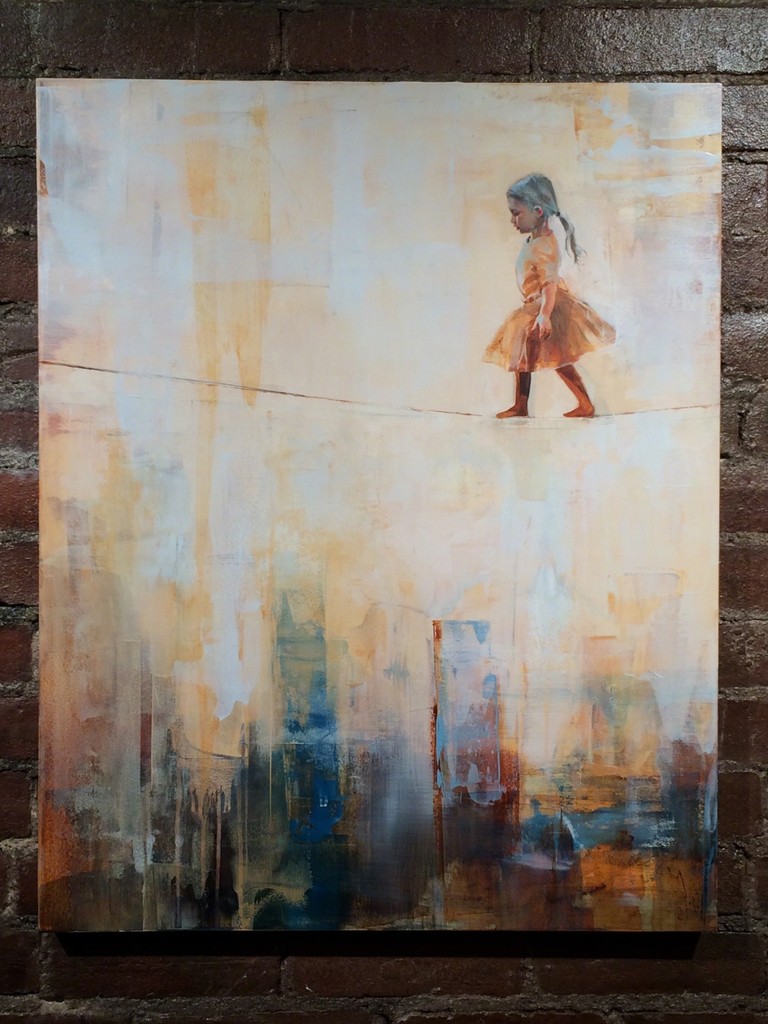 Annie Heisey’s paintings reflect the idea that our perceptions are colored by our past experiences, limiting our ability to see our world in its entirety with all of its conflicting motives and points of view. As we experience the world, our minds act as a filter where inevitably some information is lost and some is added in forms of bias and preconceived notions. Her current body of work examines the idea of nostalgia and how it colors our perception of the present. Memories of a "simpler time" often omit the less ideal aspects of the past and ignore progress that has been made, affecting our view of the present on both personal and national levels. Nostalgia creates places in our mind that have never truly existed. Heisey’s paintings visually illustrate those nonexistent places, incomplete worlds interrupted by the very brush strokes that have created them. As her brush strokes layer atop one another, they build images that come into focus and then break apart, resulting in a partially realized world that reflects the limitations of human perception.

Heisey is a painter living in working in her native Pittsburgh PA. She received a BFA in Drawing and Painting and a BS in Art Education from Penn State University in 2003 where she won the Freedman and Hamill prize. In 2005 she joined the MFA Painting program at Boston University and was chosen as a finalist for the Esther B. and Albert S. Kahn Career Entry Award. After graduating from Boston University with her MFA in 2007 she was awarded the Junior Artist in Residence position at the Oregon College of Art and Craft, and continued to work at OCAC, the Pacific Northwest College of Art, and Nike's Blue Ribbon Studios until her move back to Pittsburgh in 2016. Her artwork has been shown at museums, galleries, and colleges across the country including the Boston Center for the Arts, the Carnegie Museum of Art, and recently at SITE:Brooklyn in Brooklyn NY.