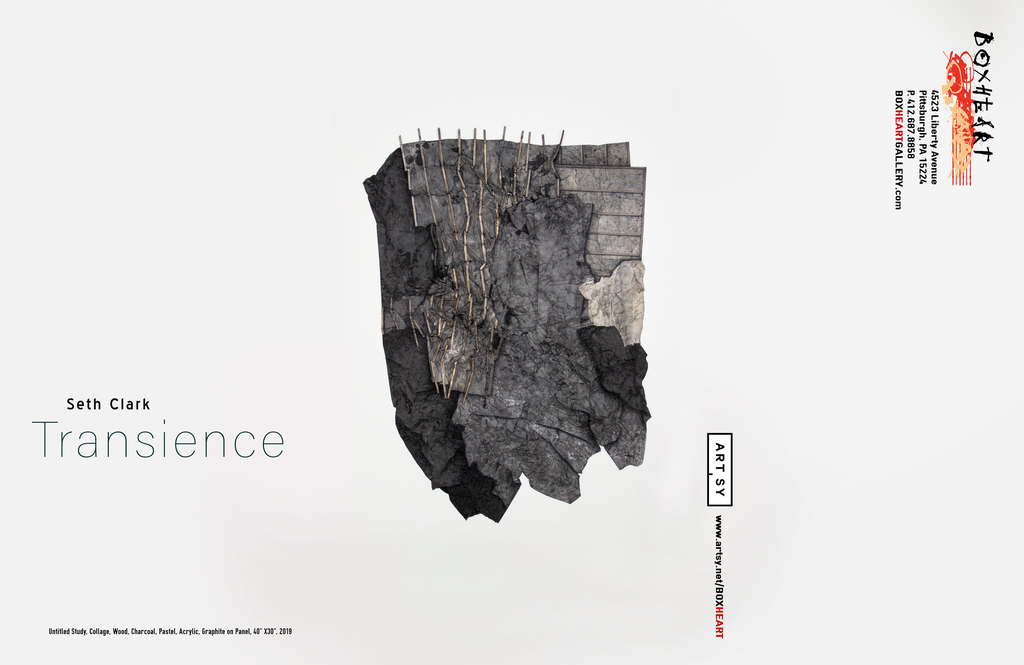 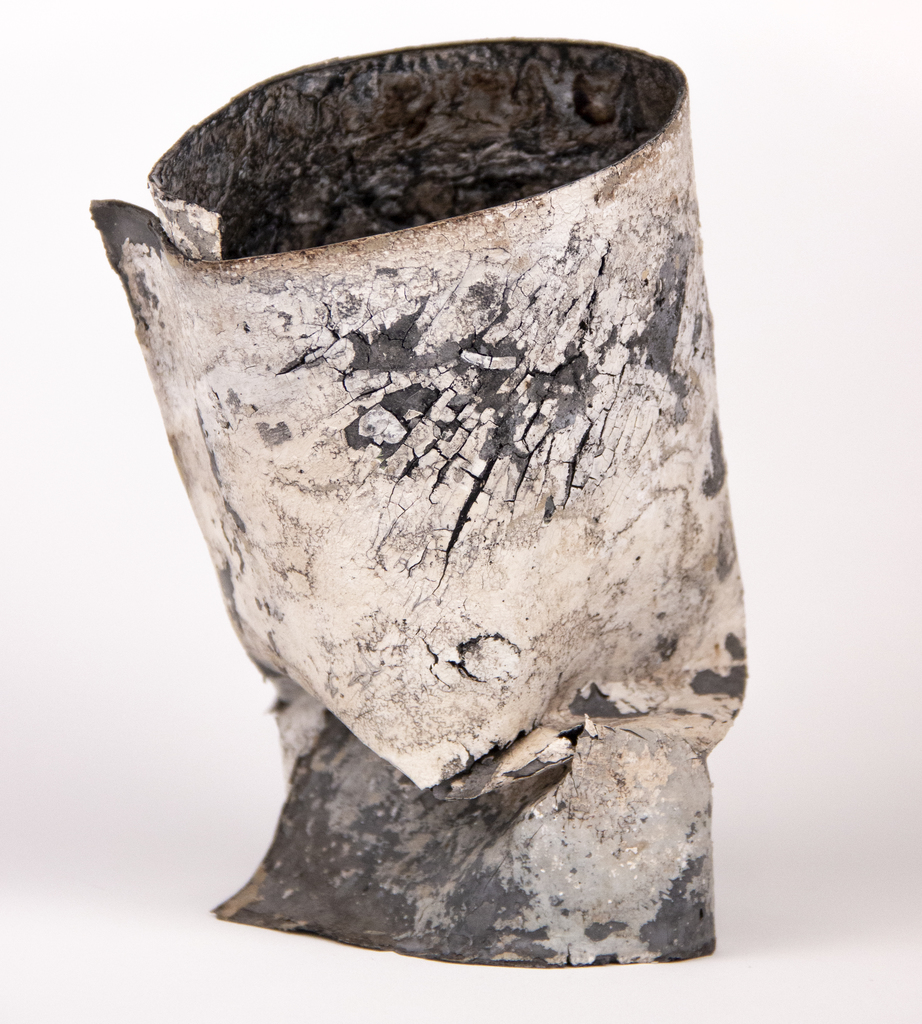 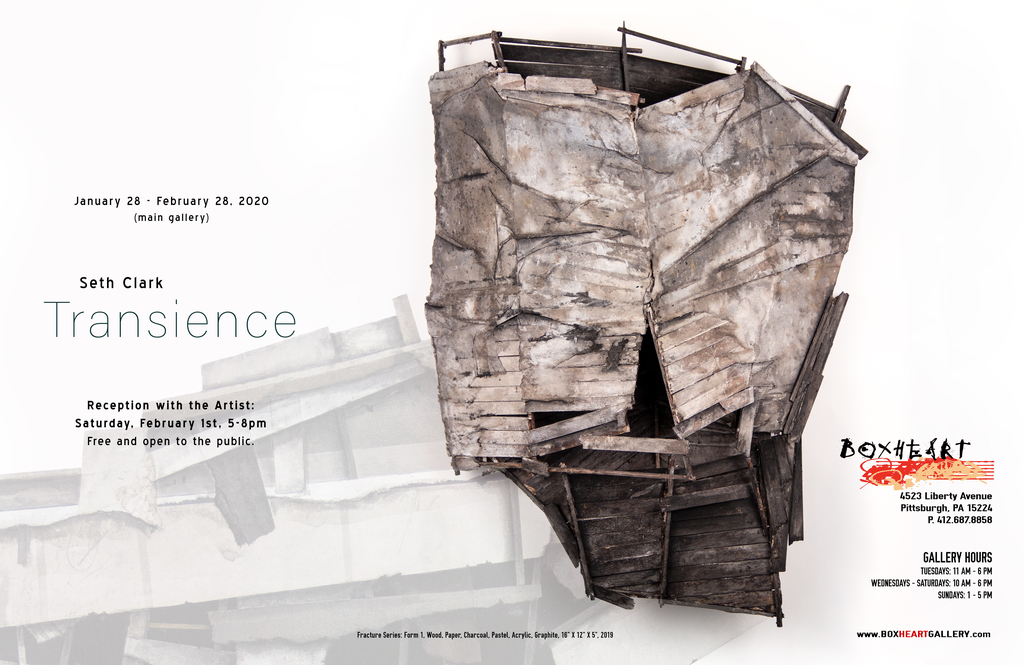 Seth Clark's artwork is derived from materials like paper, wood, polystyrene, and plastic and both arranged and aged to emphasize a specific part of his chosen architectural structure. Clark's two-dimensional collage paintings are created primarily with paper and feature architecture in ruin. In his sculptural work, aged materials provide a brief glimpse into the moment before collapse. As two and three-dimensional works become completely intertwined, Clark transitions into his structures and captures swift momentum. Perhaps even more process-based than sourced from a compilation of historical imagery, Clark's new artwork captures our transient movement through our architectural landscape.

Clark (b.1986) grew up in Seekonk Massachusetts. He received his BFA in Graphic Design from the Rhode Island School of Design in 2008. Shortly after graduating, Clark moved to Pittsburgh and began, “Abandoned”, a series of collage works that captured specific abandoned houses in Detroit. Utilizing his ambitious paper layering process to focus on deteriorating architecture, Clark exhibited extensively in Pennsylvania from 2009 through 2015 including exhibitions in the Carnegie Museum of Art, the Westmoreland Museum of American Art, the Pittsburgh Biennial at the Pittsburgh Center for the Arts, and the Butler Museum of Art. During this time, he received three Design Excellence Awards from the AIGA Pittsburgh, Best in Show at Three Rivers Arts Festival, the Irene Pasinski Sailer Award, the Irving B. Gruber Award, and was a Flight School Fellow. In 2015, Clark was named “Emerging Artist of the Year” by the Pittsburgh Center for the Arts and he began experimenting with alternative materials to create three-dimensional artwork. He was a resident artist at the Pittsburgh Glass Center where he worked collaboratively with glass artist Jason Forck to create “Dissolution” a series of works integrating the use of glass into their shared interest in decaying architectural forms. Clark has been featured in publications such as Creative Nonfiction, New American Paintings, and DASH, and featured in national blogs such as the Jealous Curator, Booom!, and Juxtapose. In 2017, he was a resident artist at the United World College of South East Asia where he taught students in Singapore principles of art and design. Most recently, Clark’s artwork was exhibited at Art on Paper during The Armory in New York City and Aqua Art Miami during Art Basel Miami Beach.