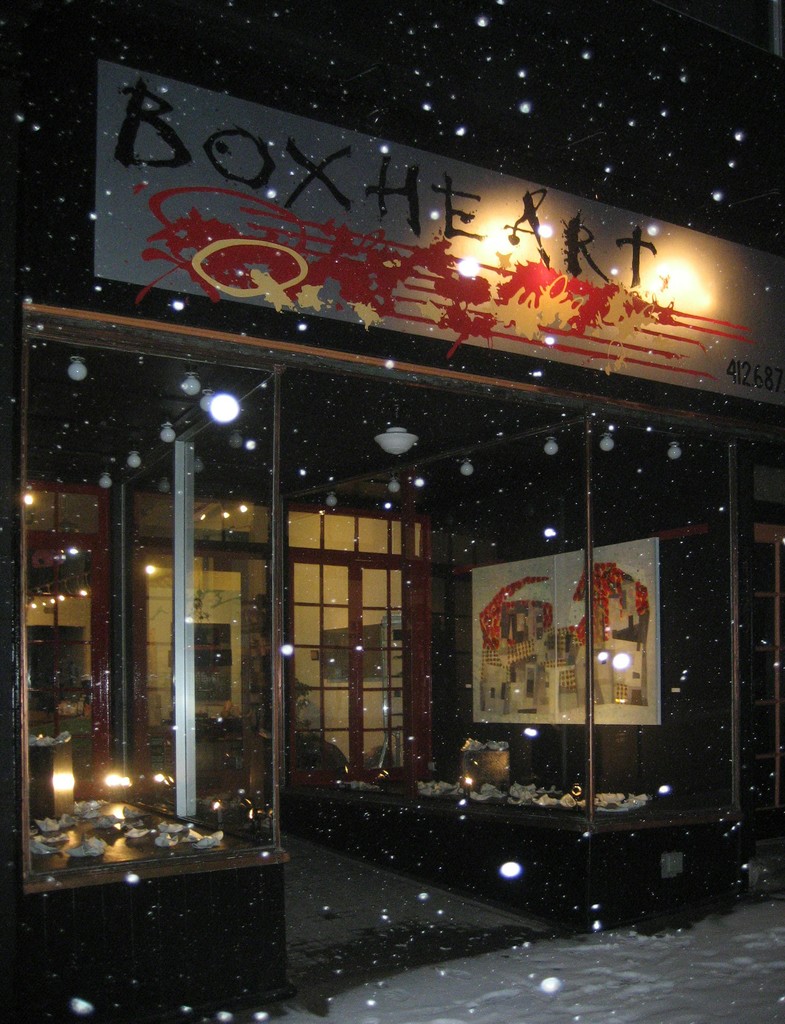 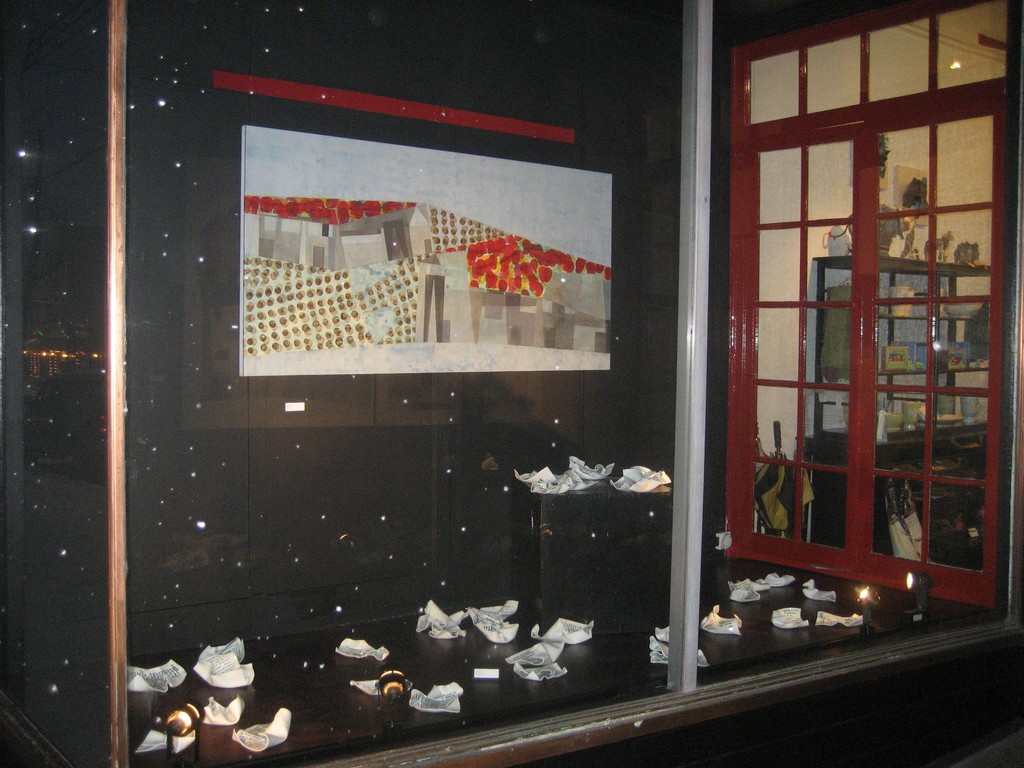 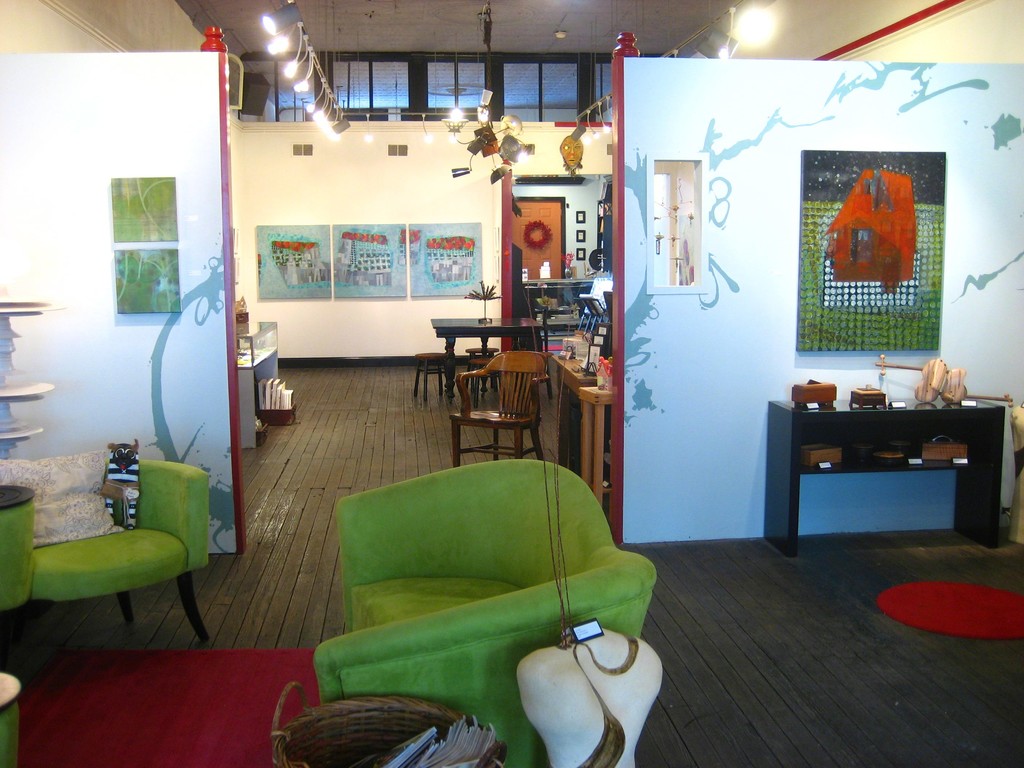 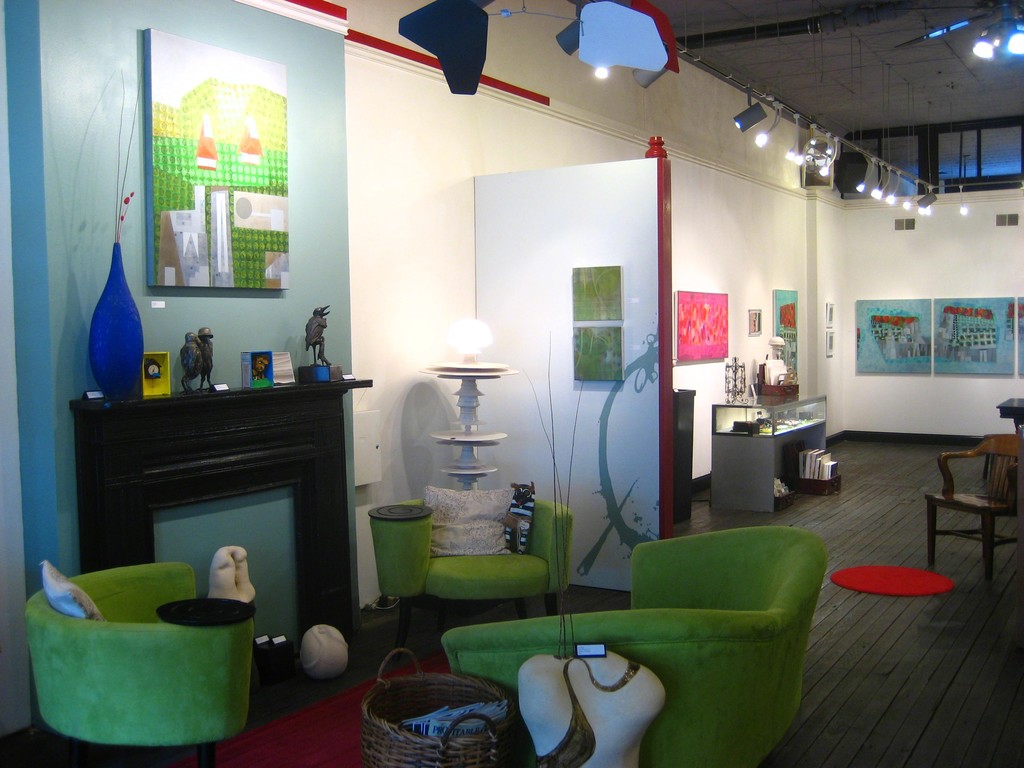 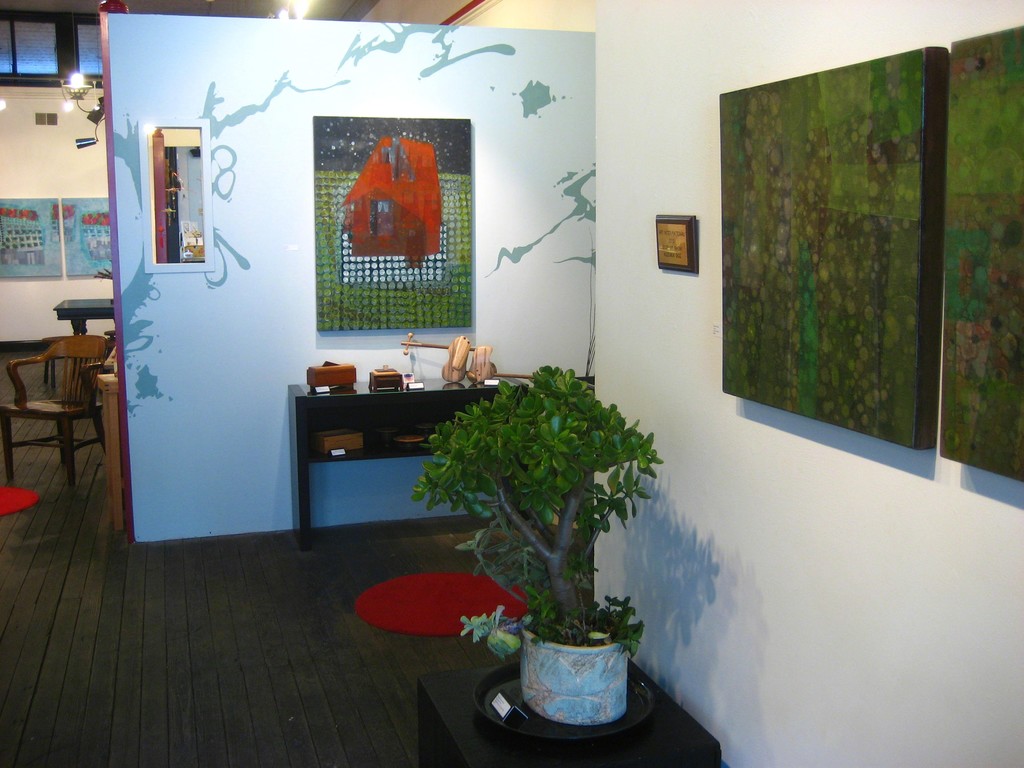 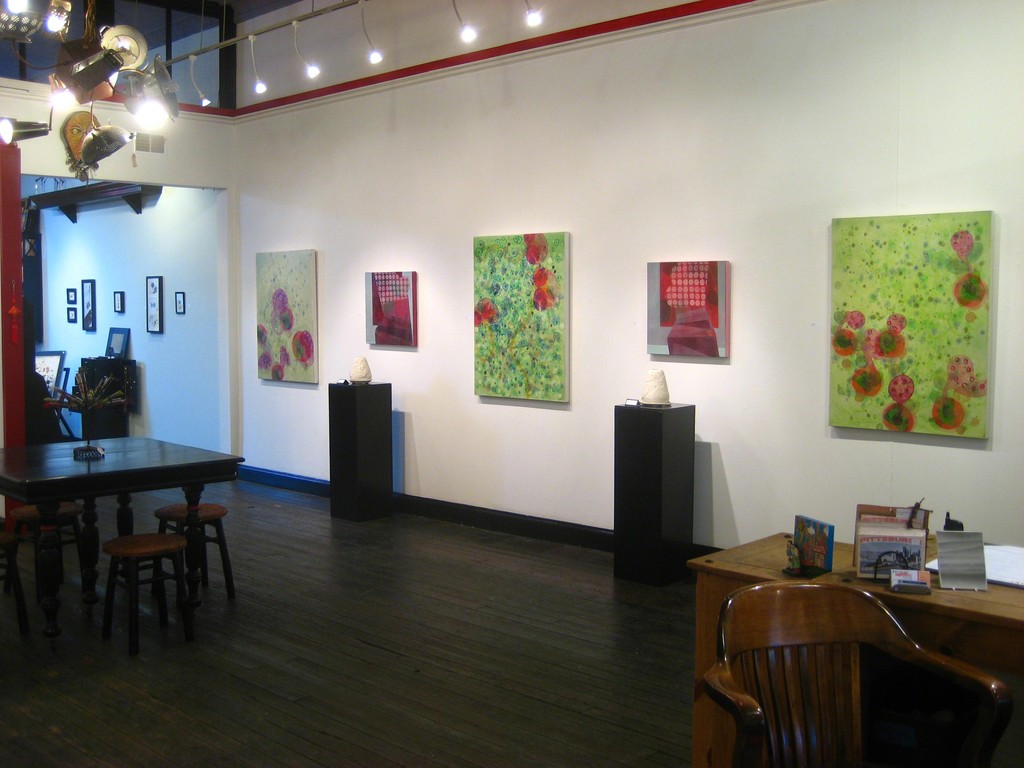 Last year, Parsi-Zoroastrian artist Kuzana Ogg was Box Heart Gallery's 2012 Art Inter/National Best of Show recipient for her paintings, "Harkness Road" and "Nagar Chawk." It is with great pleasure that we begin this exhibition year with our 2013 Artist of Year: Kuzana Ogg and her debut exhibition in Pittsburgh, "Urbane." Join us for the public reception on Saturday, February 9th from 5 - 8pm. It is free and open to the public!

Biomorphic painter Kuzana Ogg was born in Bombay, India. Her parents brought her home on the back of their motorcycle. Initiated as a Zoroastrian, the first years of Ogg's life were divided between the ancestral home of her grandfather, surrounded by the lush gardens and groves of coconut trees, and the exquisite Worli sea face home of her grandmother. Her earliest memories are of temperate weather, fragrant jasmine blossoms, and layers upon layers of color.

After her early years in India, Ogg moved to England where the landscape changed from streets crammed with disorderly traffic and cows to cars neatly parked in rows. Crumbling palatial structures were replaced by tidy brick homes with frilly curtains. Her education was at different boarding schools, Cornwall and Surrey in England, Kodaikanal in south India, and once the family migrated to New York, at Catholic and public schools. In 1995 she graduated from SUNY Purchase and within a short time married and moved to South Korea. During the six years she lived in Kyung Ju, she taught English before opting to return to the United States.

The paintings Ogg assembled for her 2013 Artist of the Year exhibition "Urbane" are similar in construction but diverse in content. The work shares a uniform glossy surface while referencing such variances as biology and urban development. The subject of her paintings are structural forms; botanical, biological, and urban. In paintings such as Eeb, cells engage in meiosis, then grow leaves - producing newly imagined anatomies. Paintings like Jaleh translate the biological references more directly, as they depict female torsos. The figures are patterned with dots and stripes, indicating cellular units and genetic information, ordinarily not visible on the outside of the body. Urban structures are the subject of other paintings. Houses in Sujeonghwa, apartment buildings and offices in Pali Dunda Marg. The transformation of Ogg's paintings from organic imagery to patterned shapes resembling silk saris to geometric urban shapes offer a glimpse into the divine and the derivative idea that biological and botanical entities share fundamental similarities.