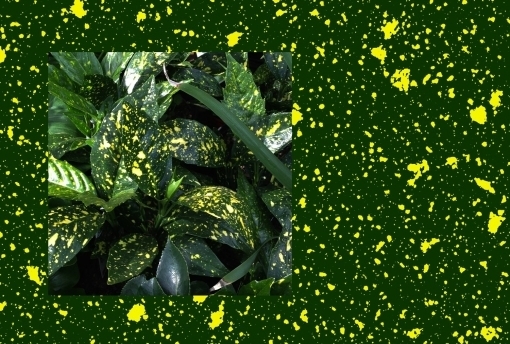 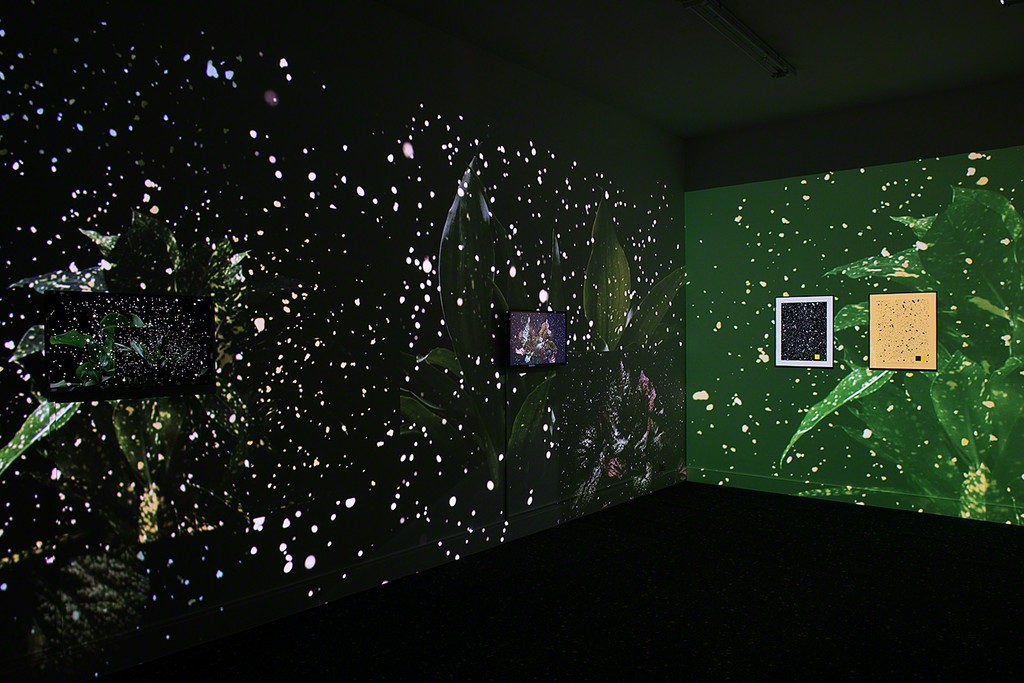 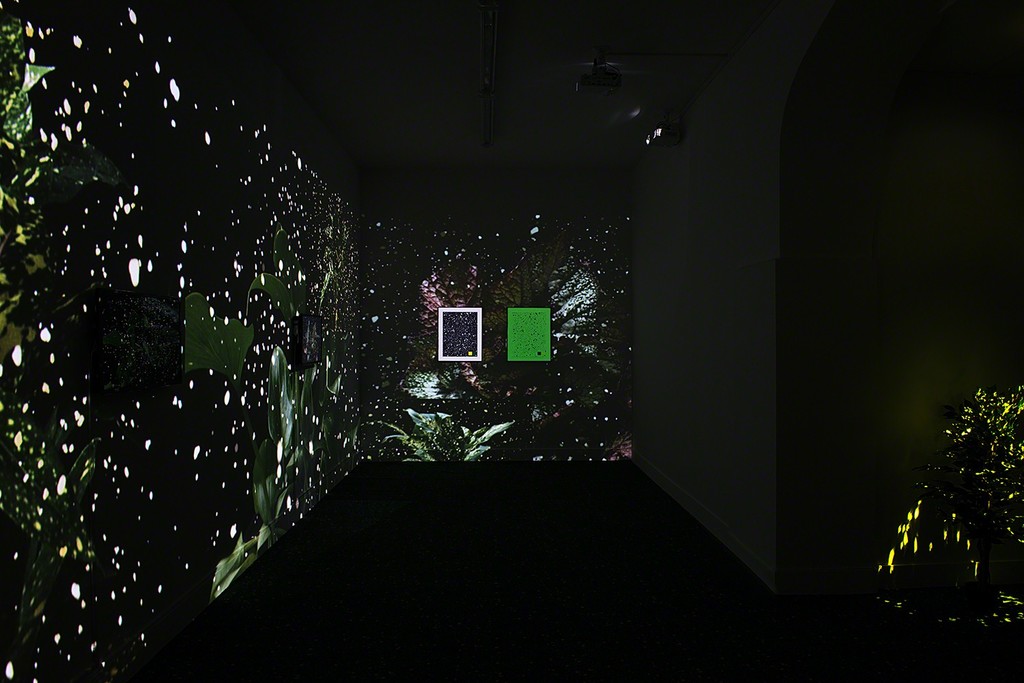 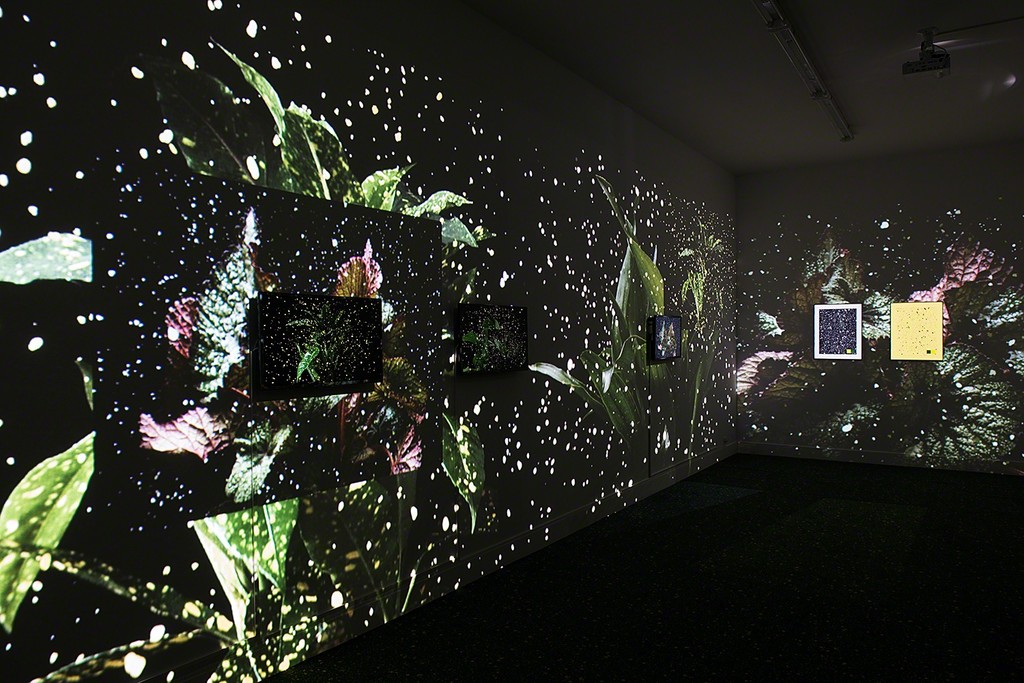 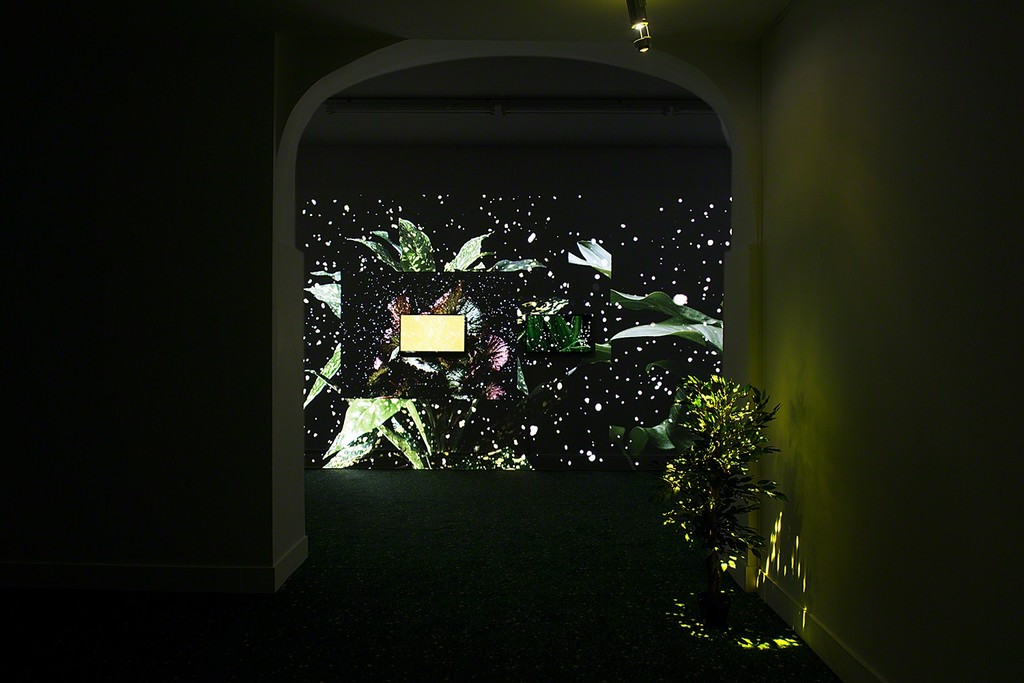 For En Plein Air, Pascual Sisto has sampled the organic occurring markings native to a peculiar household plant commonly known as the spotted laurel or gold dust laurel (Aucuba Japonica ‘Variegata’); a plant variety that has been produced in strict cultivation by selective breeding. This sampling has occurred not once or twice but multiple times throughout different mediums, like a virus that spreads unrestricted until all distinctions between natural life and ersatz simulations become indistinguishable.

The synthesized version of the pattern is generated by a set of algorithms that randomly arranges the golden spots in space while also modifying the complexity of the edge roughness of each individual spot to closely match its source; whereas, the actual shrub the pattern is based on, is a cultivar whose green leaves are naturally and irregularly variegated with the yellow spots and blotches. Foliage color can vary considerably depending on the amount of sun exposure. Control and randomness are used in equal measure to recreate this naturally occurring organic pattern.

The golden dust pattern becomes the motif for the back gallery video installation and creates a simulated virtual environment resembling the chosen flora. The chromatic motif expands beyond its boundaries, spreading into different referent layers: through inkjet pigment on paper, dye-infused printing on a commercial carpet covering the entire space, a gobo stencil on a spotlight casting the specks onto a synthetic plant, immersive video animations and the living molecules that compose its originating plant matter. It further diffuses the domain of the senses by encapsulating the installation with a layered soundscape of wildlife sounds and a custom scent that is time-released through ultrasonic diffusers to continually affect the atmosphere of the space.

In this sense, the work acts as a house of mirrors, between the printed carpet, drawing, plants and Sisto’s amalgamation of sight, sounds and smells, including an oculus rift VR scene that transports you into your own variegated cosmos. In this mise en abyme, the hierarchies of the natural order are fused with the machine-made origins of industrial pattern design. All are blurred and merged to the point where it becomes difficult to discern the source from its copies.