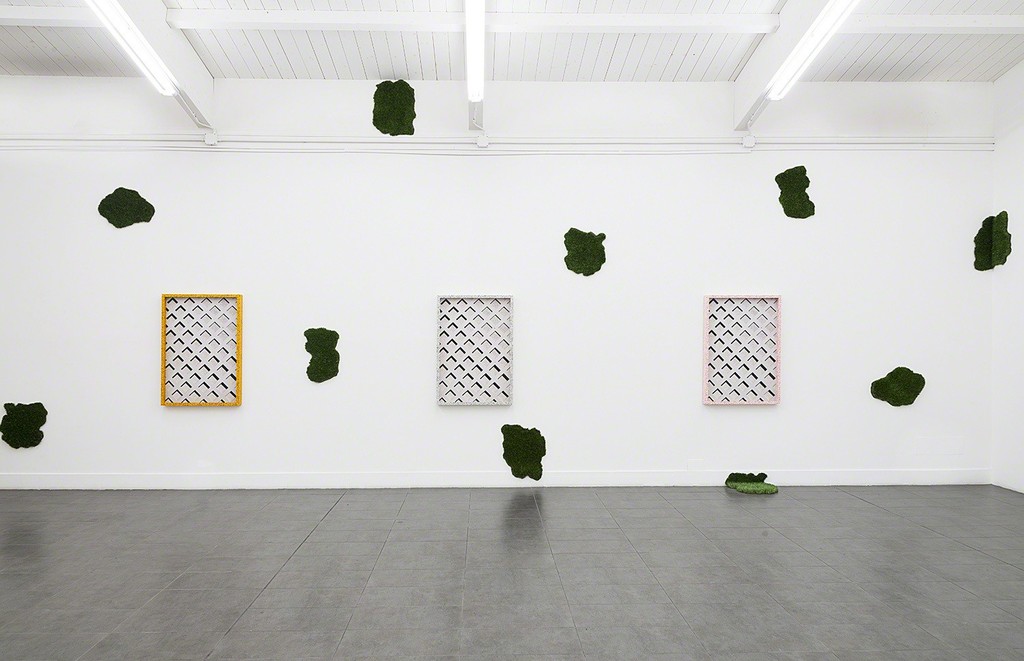 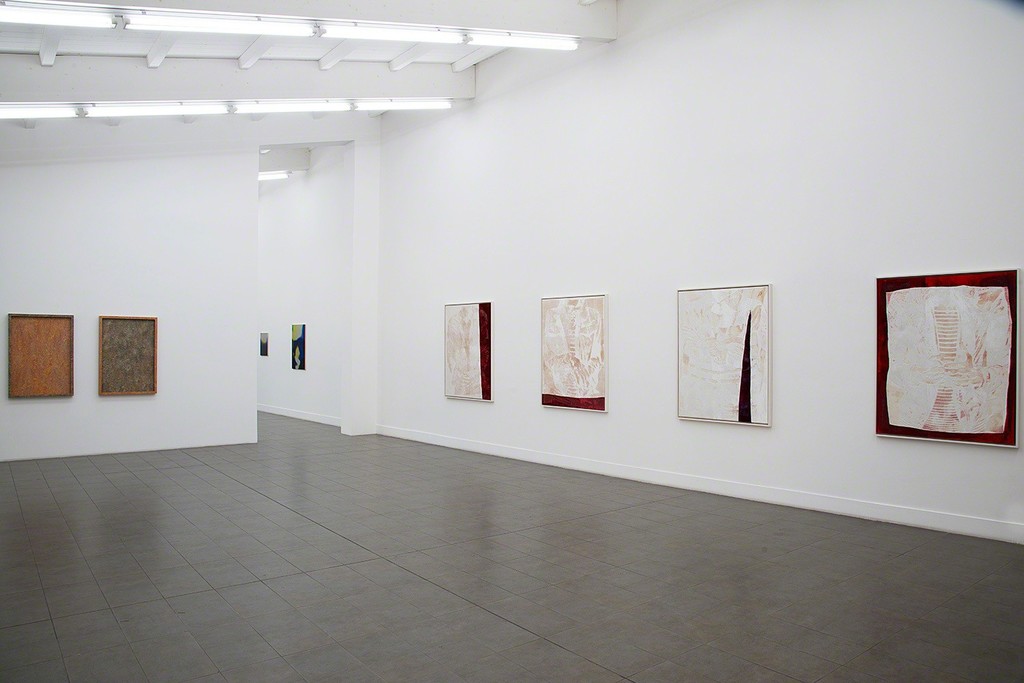 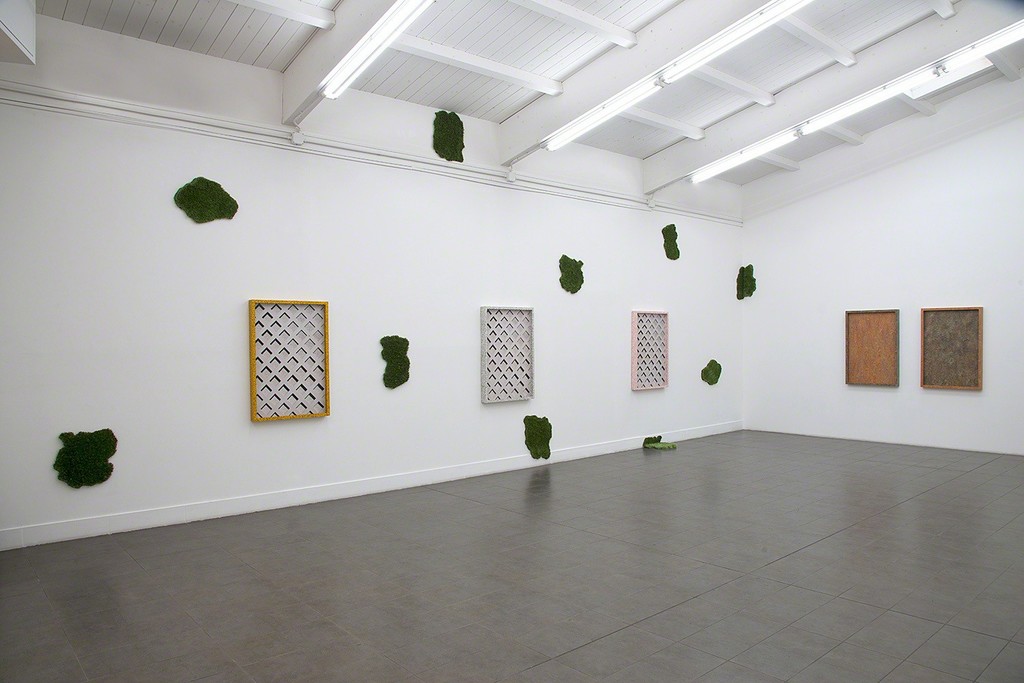 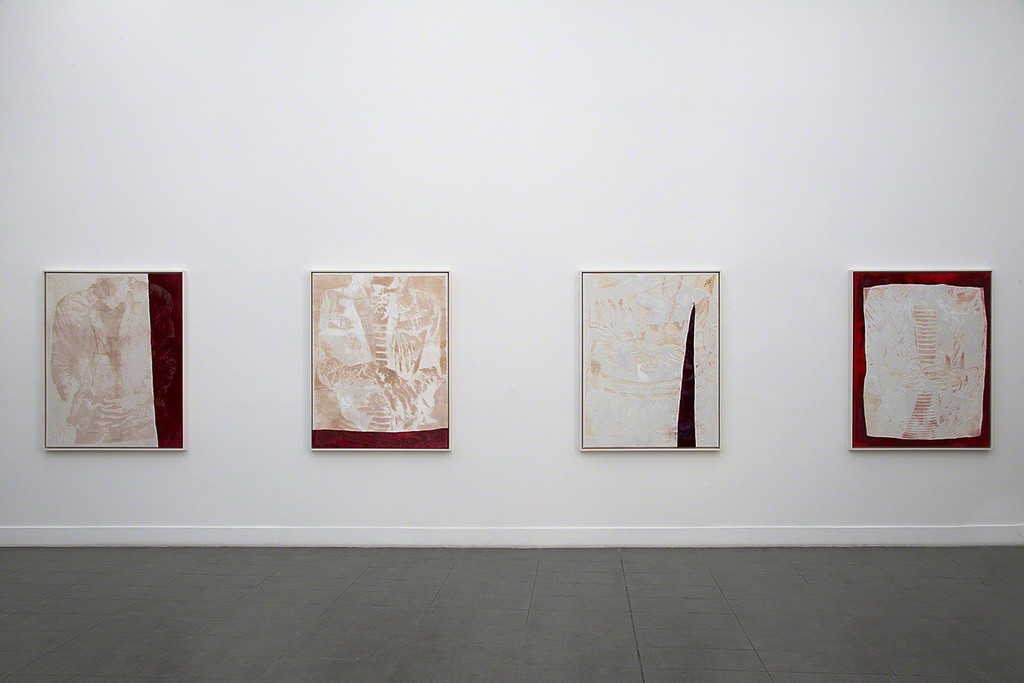 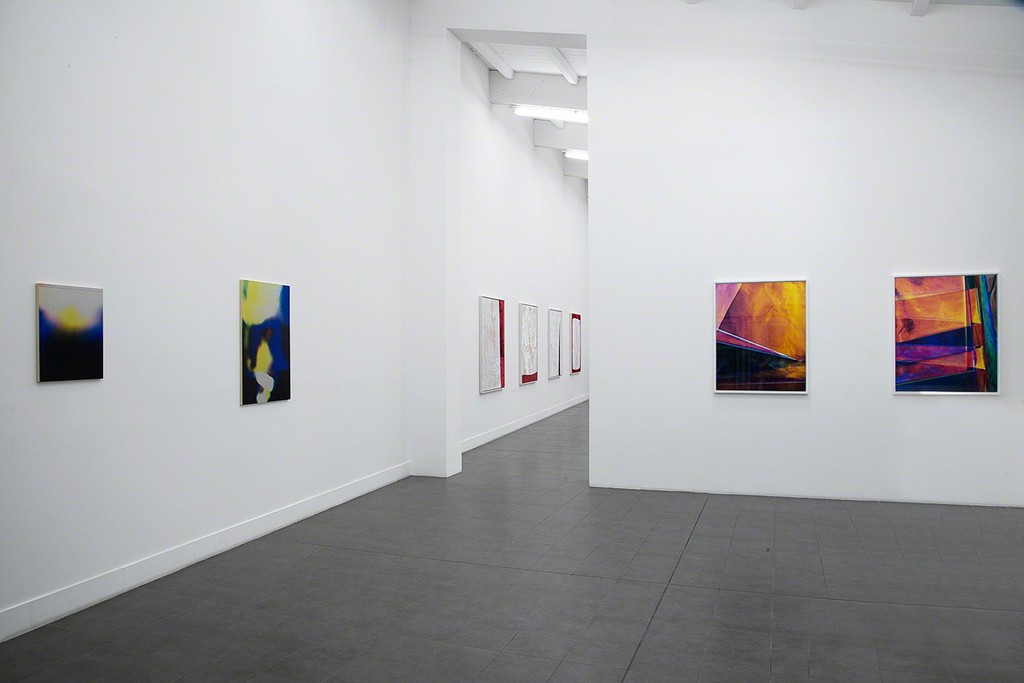 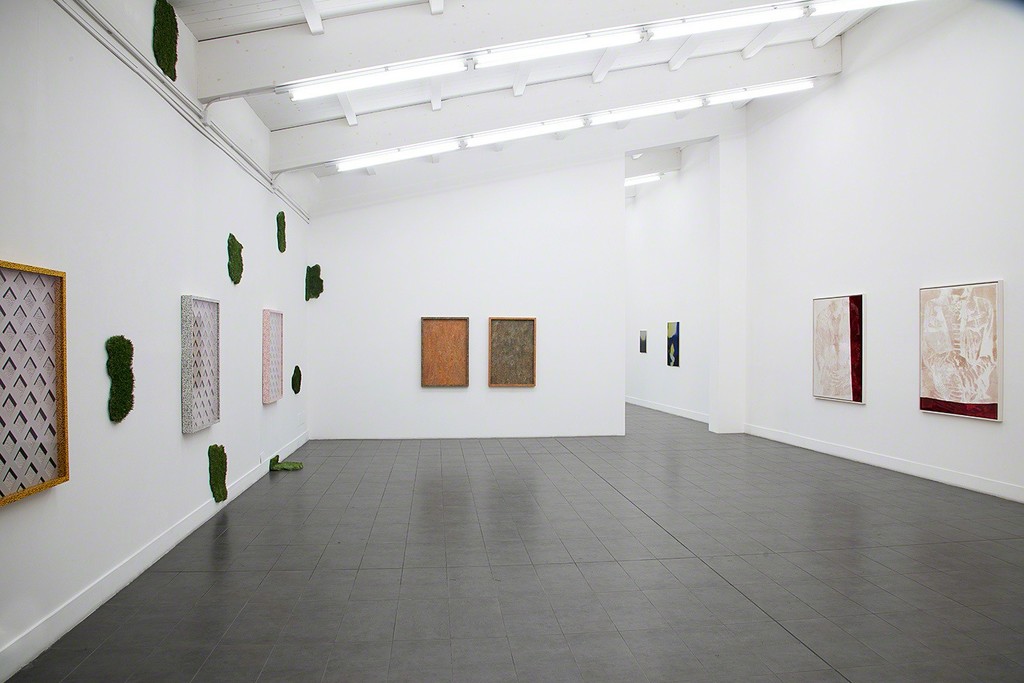 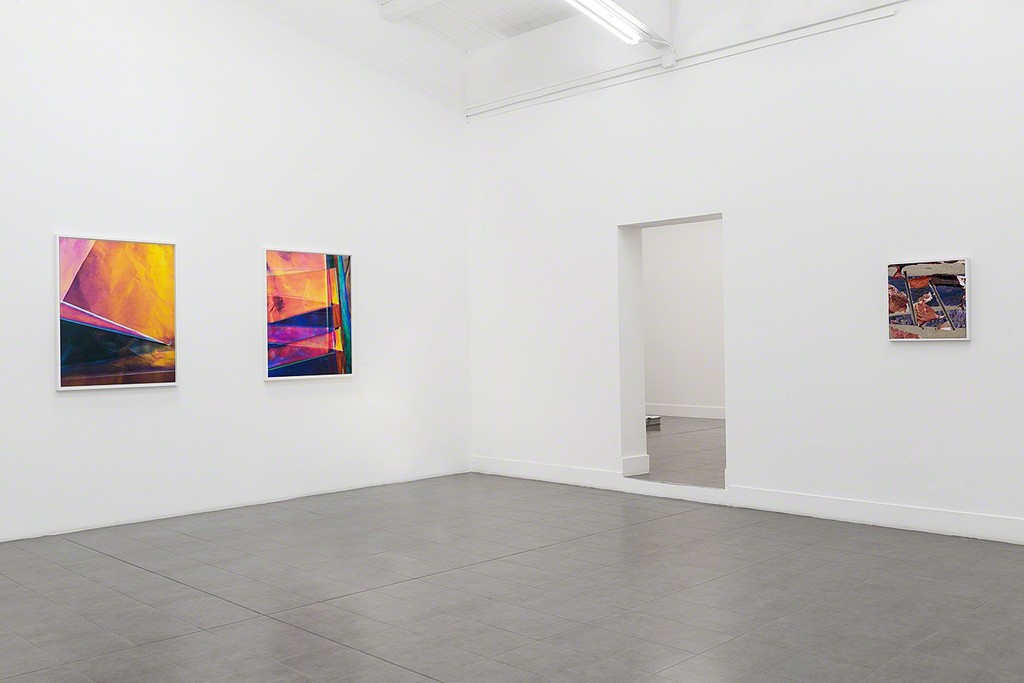 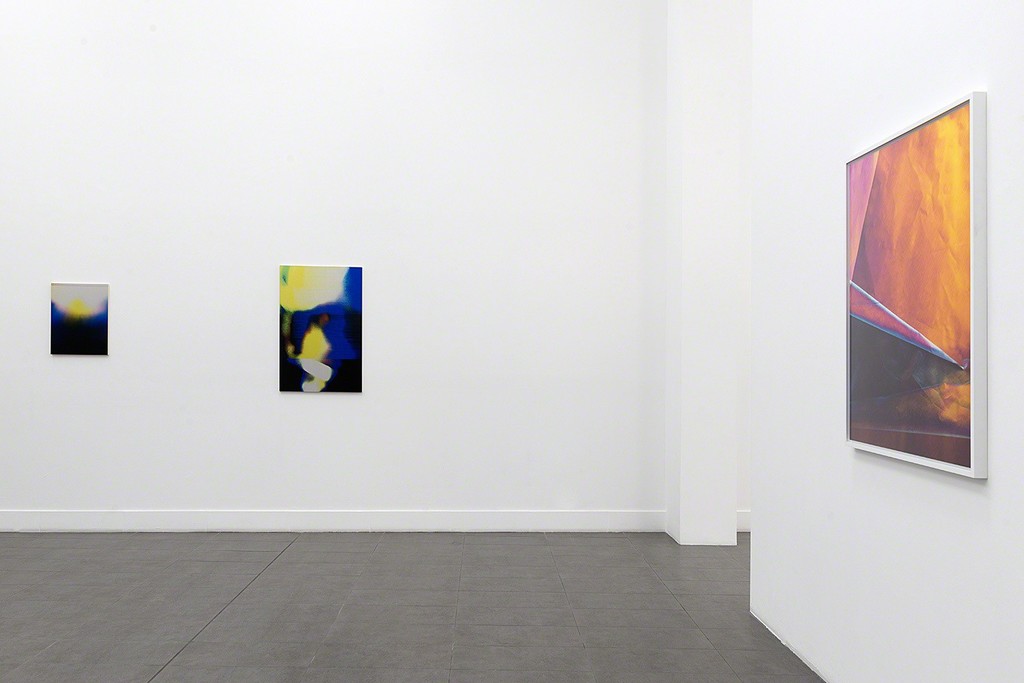 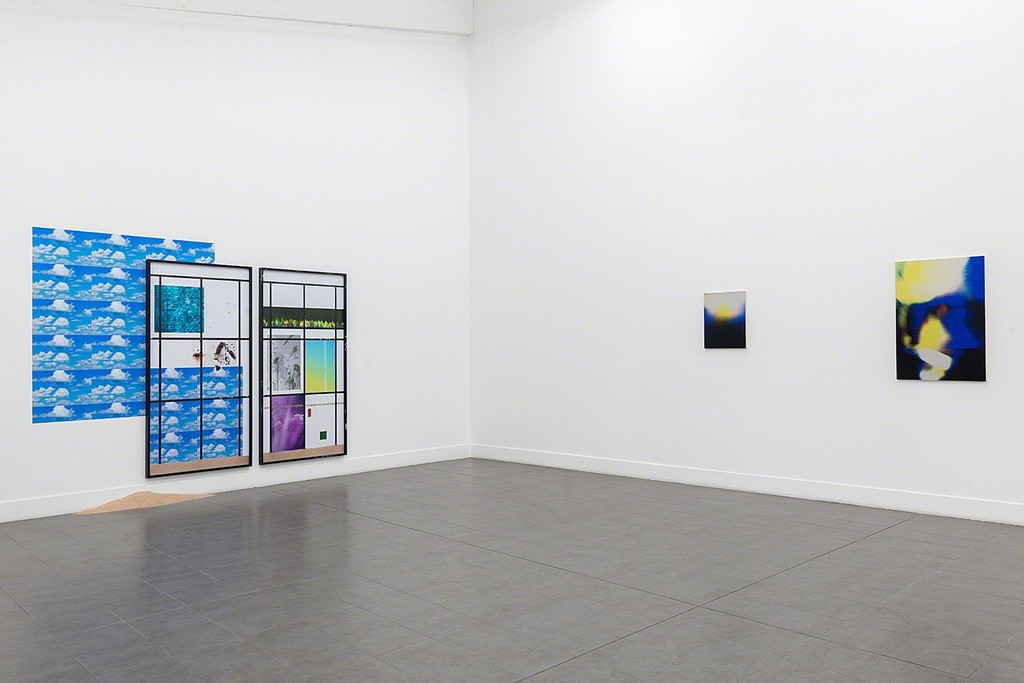 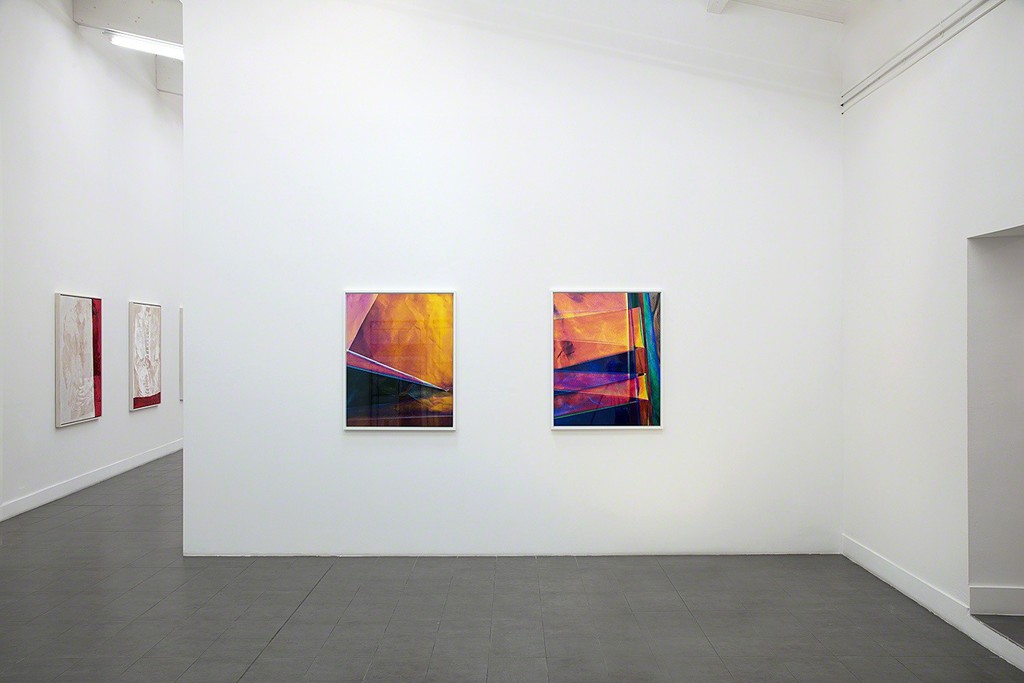 Brand New Gallery presents Mediated images, a group shows with woks by Matthew Brandt, Joshua Citarella, Jessica Eaton, James Hoff, Chris Wiley and Letha Wilson.
The artists in the show push the boundaries of contemporary photography experimenting new ways to use it. Photography is not anymore confined to the two-dimensional machine-dependent realm, but processes and techniques from various disciplines are juxtaposed and layered on top of each other, creating hybridized end products that defy easy categorization.
Matthew Brandt show four works from the series Burnout. ‘Burnout’ is a commonly used term in the textile industry to describe a process for treating velvet fabrics with acid. Photographs of people’s torsos are acid etched in silk velvet, becoming bodies in fabric. In the Burnout works, the organic material erodes; rips and tears emerge in the process. An integral part of the work is that all of the pieces will change over time, as we all will. A photograph will always inevitably fade, and these works hold the same amount of fragility. There is poetry in the point when an image becomes a texture.
In Hourglass in Lattice Configuration V & VI Joshua Citarella utilizes new techniques of photographic image production. Each rectangle of the grid is stitched together by hand through image compositing, copy and pasted together to form a field within which to compose disparate images and materials. Scaled to the body, at the dimensions of a domestic household door, the bars prevent the viewers entry into represented space. Beneath these bars images coming from various aspects of his practice, appropriated images from the web shown next to straight studio photographs of chemical reactions which ostensibly appear to be digitally rendered images. Natural materials becomes barometers for truth. Absent of most cultural references, they function as a metric by which to evaluate the realism and descriptive capacity of today’s new photograph-with-software image.
Jessica Eaton presents two-works from the series XPOL. XPOL stands for “cross polarization”, the scientific method by which the photographs are made. Jessica accomplishes this process by first photographing plastics in her studio with a large format camera. She then negotiates the film through a polarizing filtration system between the camera and light source to produce the final image.
In the works by James Hoff, digital images of blank canvas and monochromatic support surfaces are infected by a computer virus and the distorted images are then realized as new paintings through a dye sublimation process. The infection process produces color and form, an abstract array of thin dashes and lines embedded within the coating on the aluminum substrate. The resulting works extend the definitions of conceptual art offering new models for the consideration of art and art making.
The works by Chris Wiley are “fully integrated objects” where the frame, differently for each work, becomes fundamental. The works in the show are called Dingbats, which is a term that was coined to describe a kind of low-end faux Modernist architecture that proliferated in South- ern California and the South West in the 1950s and 60s, and also a pictographic font often used as a placeholder. As a nod to the architectural environment in which they were created, the frames are covered in low end materials used for building and interior décor, like brightly colored stucco, Formica, industrial carpet, and the like.