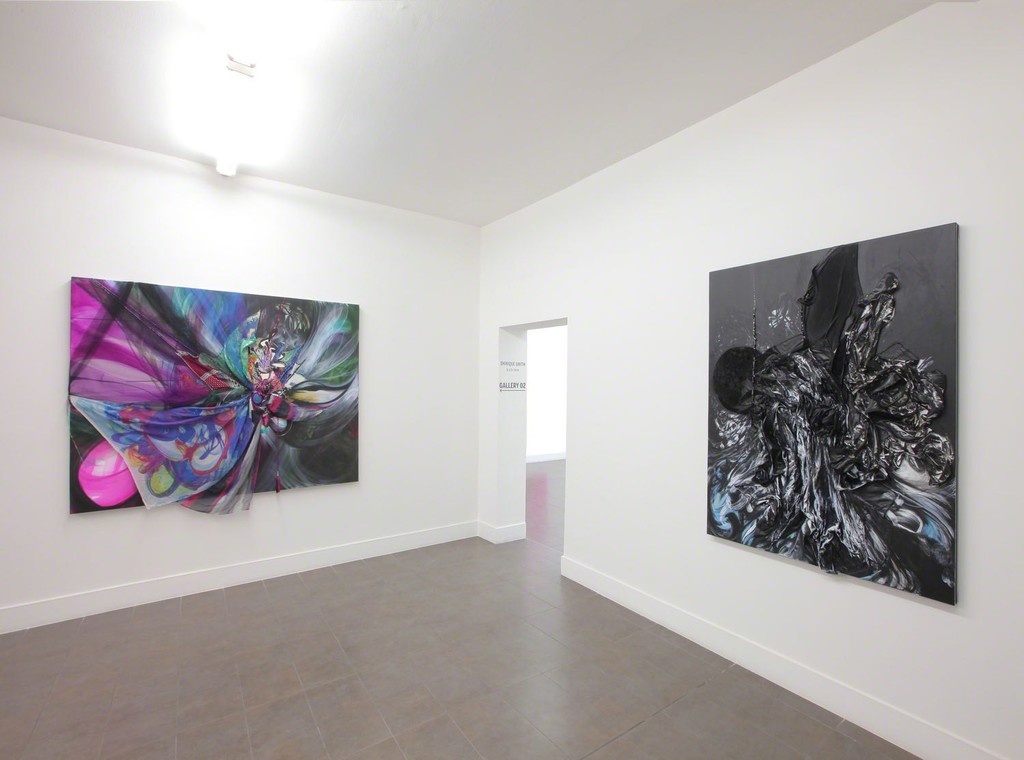 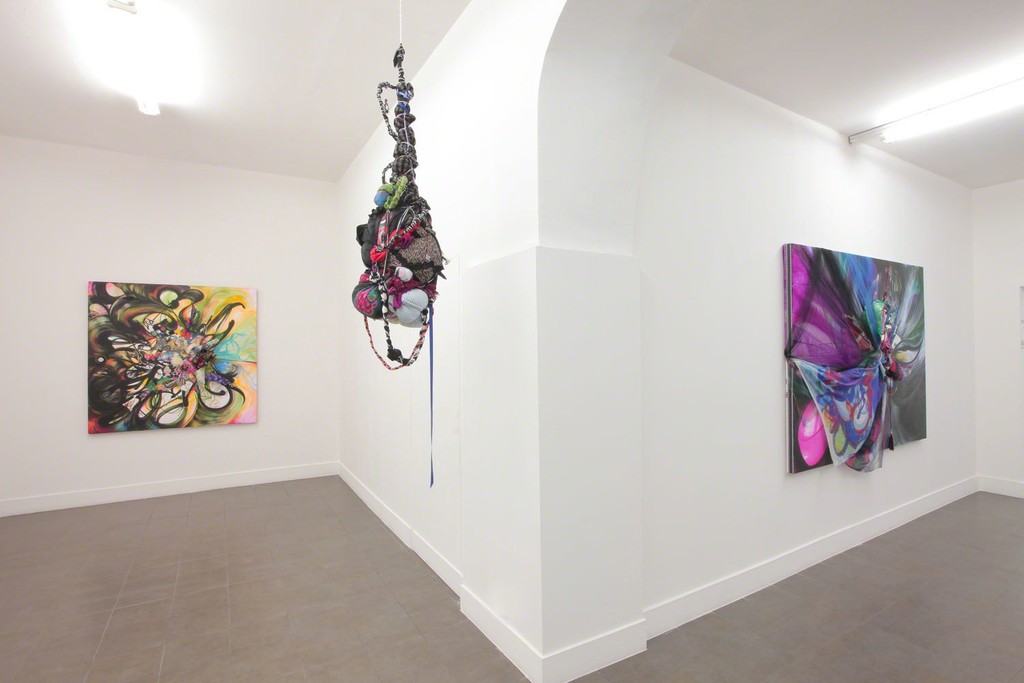 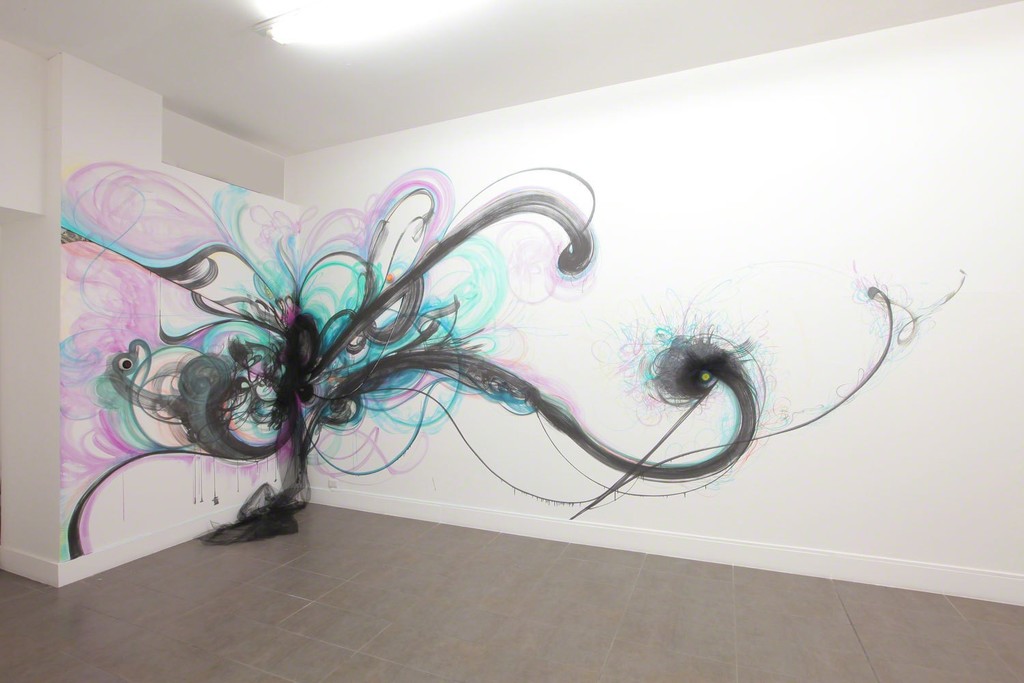 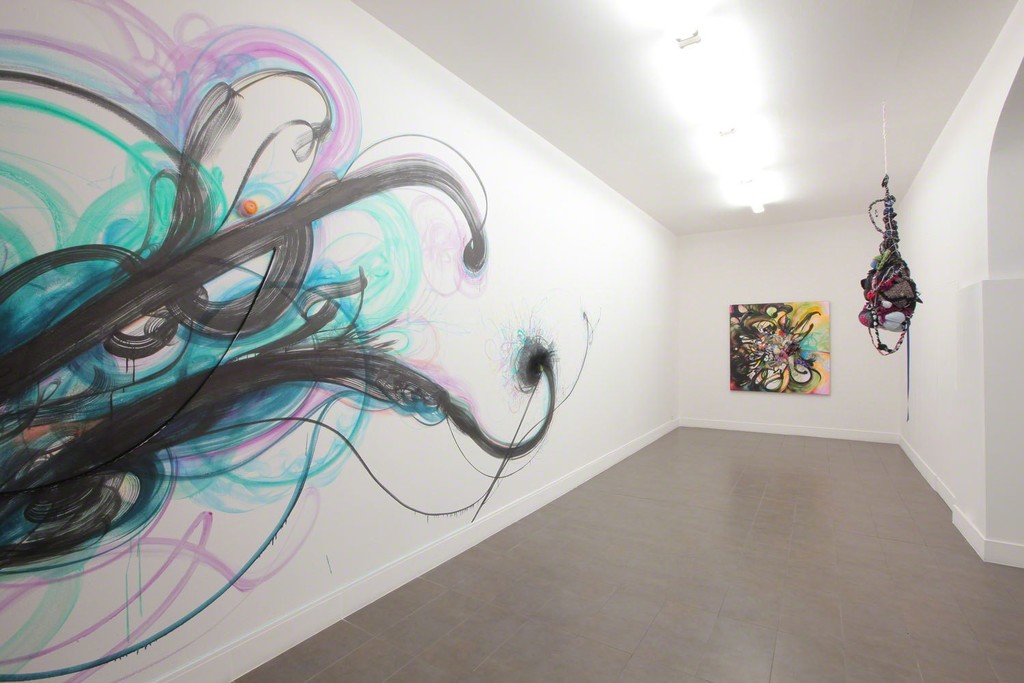 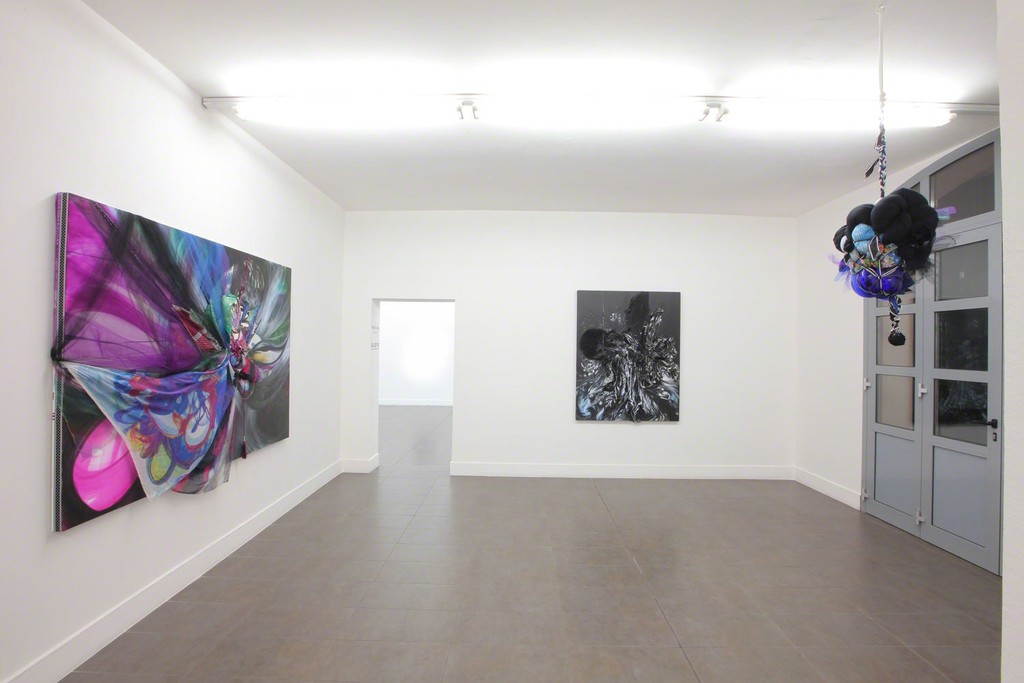 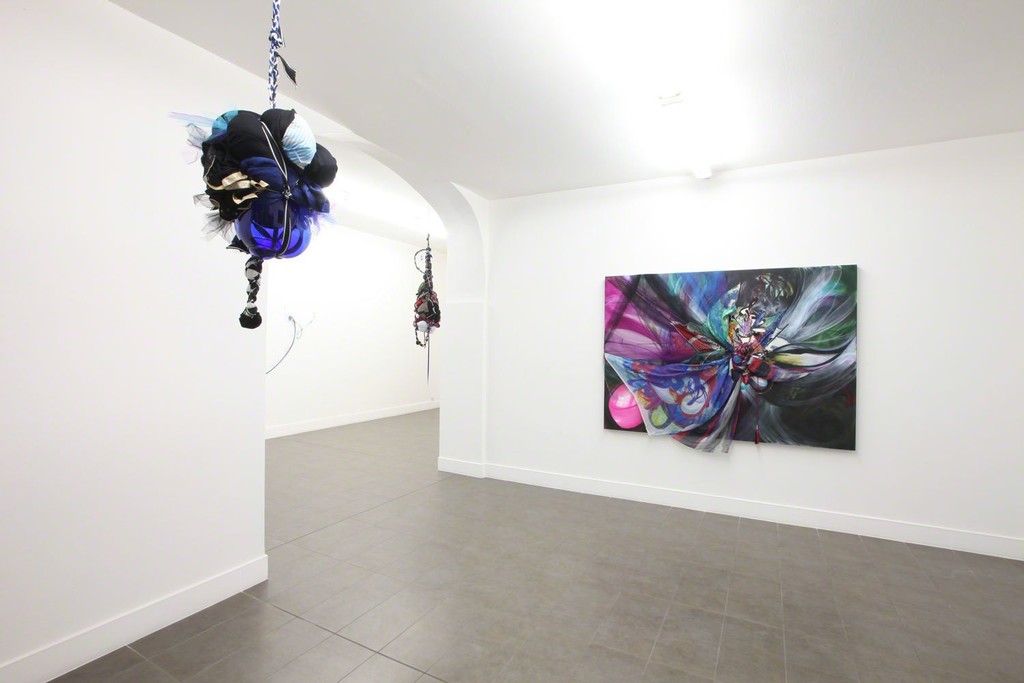 The show features an installation of new works exploring ideas of transformation and energy transference through painting, sculpture and mixed media installation.

In this exhibition, Smith uses her signature materials of fabric, calligraphy and collage, as well as her body as a brush to create a new site-specific wall painting of frenetic script and gestural body prints, which will be in conversation with paintings and hanging sculptures.

Black Swan is a metaphor for a rare event, like the sighting of a previously unknown, once assumed, mythical bird that when seen changes preconceived notions built on the belief of its non-existence.

Through this collection of works Smith continues her “quest for wonder, beauty and the expression of unseen forces” that may lie within the preconceived notions of everyday objects.

Shinique Smith’s work is inspired by the vast nature of “things” that we consume and discard, which resonate on a personal and social scale. The Graffiti of her youth, Japanese calligraphy, and Abstraction are influences from which she extracts “the graceful and spiritual qualities in written word and the everyday.”

Smith earned her MFA (2003) from Maryland Institute College of Art, where she served on the Board of Trustees (2013-2016) and her MAT (2000) from The Museum School and Tufts University.

Smith is a 2016 recipient of the Anonymous Was a Woman award.