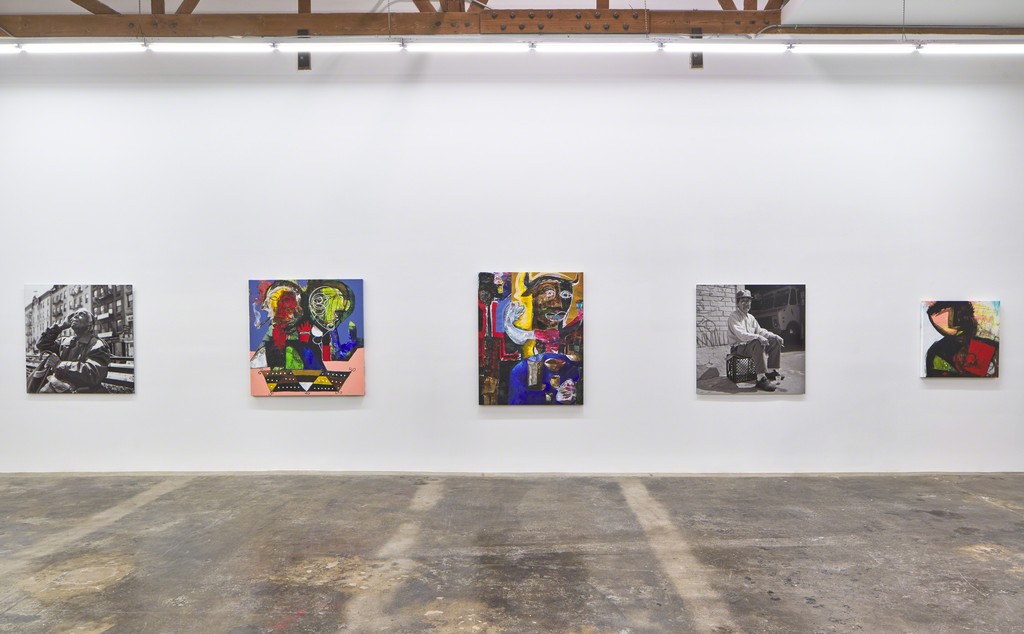 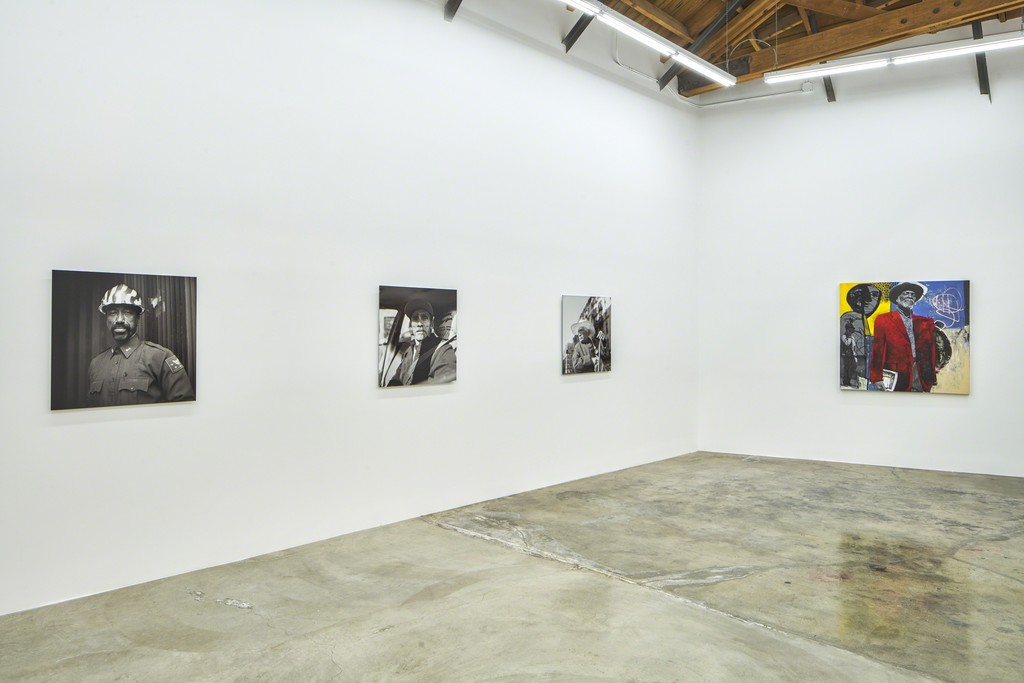 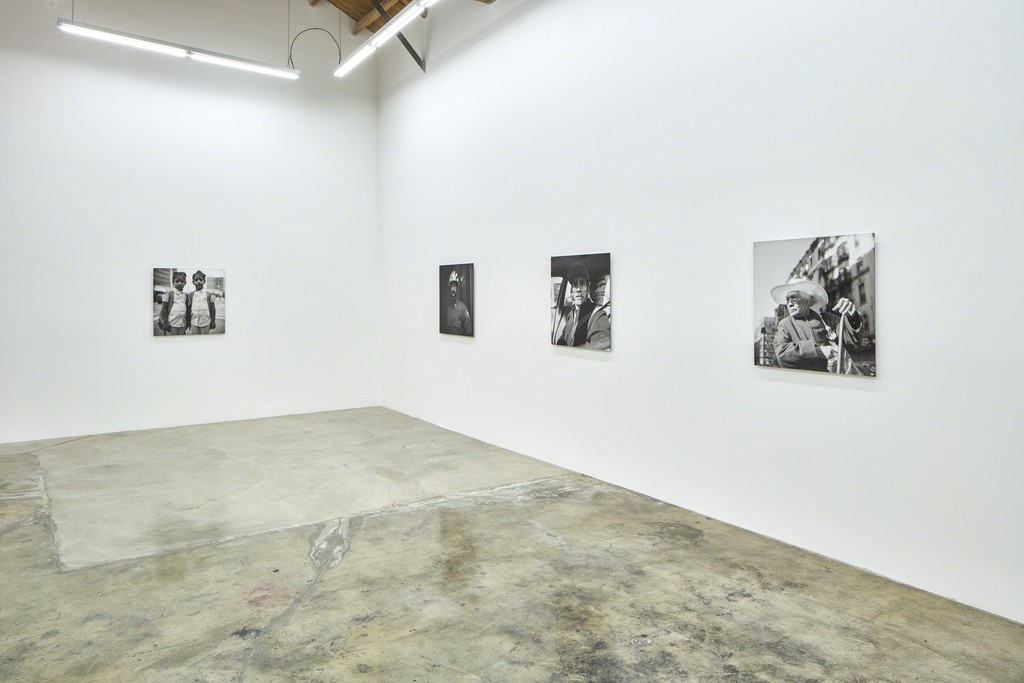 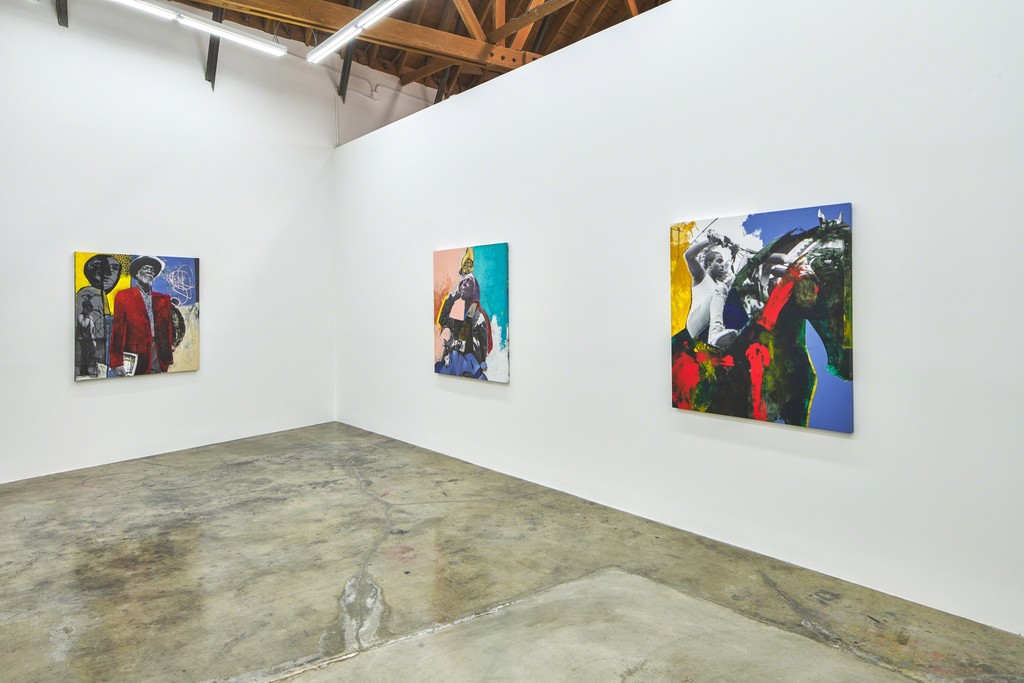 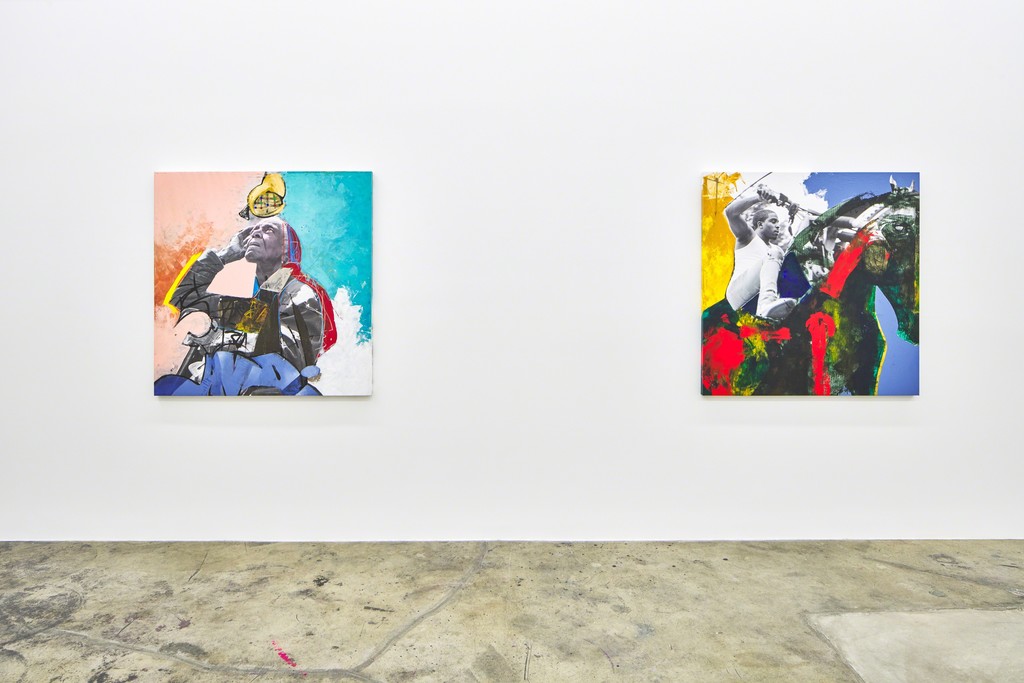 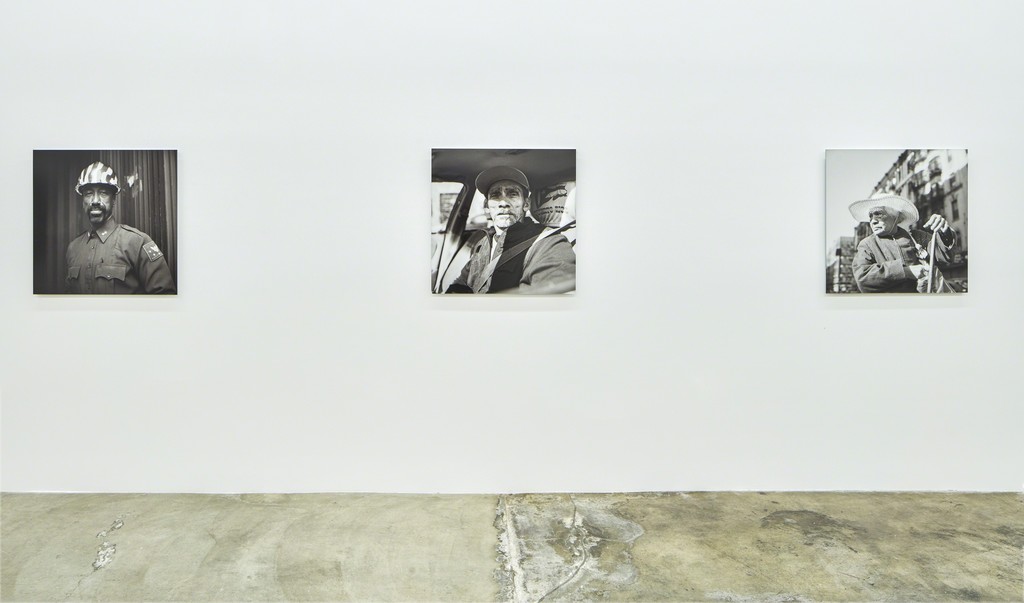 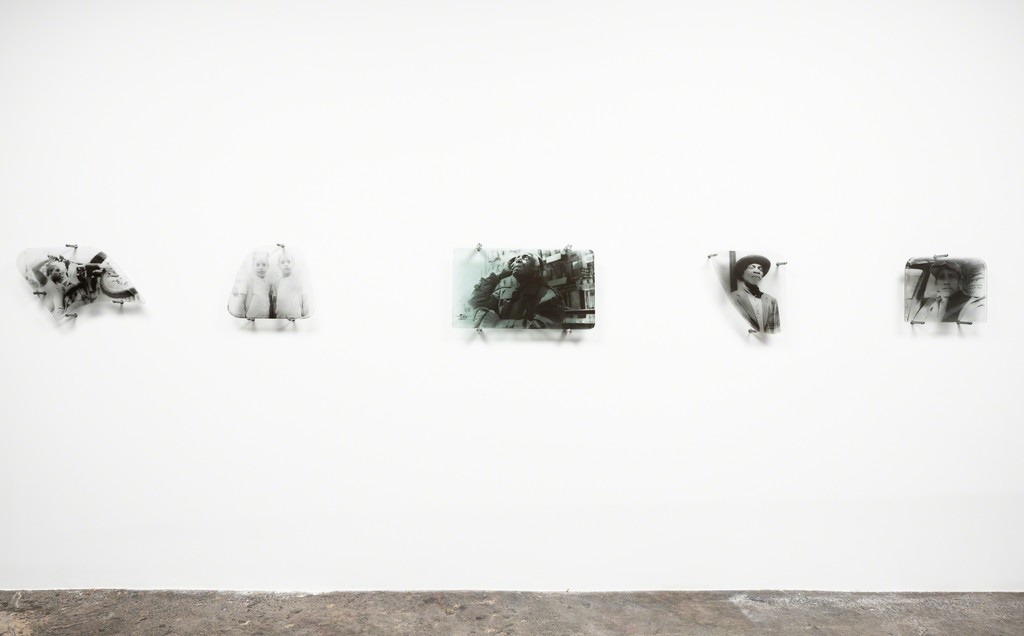 BMG will be a destination to experience thought-provoking art, support artists and important causes, and build community. Brannan Mason, founder of the eponymous gallery, is dedicated to creating a space that goes beyond the traditional scope of representing artists and organizing exhibitions. Integral to this position is a commitment to donate a minimum of 10 percent of the gallery’s earnings on artwork to vetted non- profit organizations. The donations will be made in the name of the buyer of each work. Every exhibition will highlight a distinct cause that each artist is passionate about.

As more exhibitions take place at the gallery, case studies will be published detailing the impact of the donated funds and the lasting effects that are being made.

CORNERSTONE will feature photographs from Rougery-Herbaut’s New York City series that highlight people that may have otherwise gone unphotographed but are no less cornerstone to their families, community, and the city itself. With stylistic precision, he cuts through the city and dignifies each subject. The work challenges the viewer to examine their own attitudes and beliefs towards the topic of immigration and realize these photographs as windows into the ethos of America, a collective of immigrants whose descendants came here willingly or were forced but are indispensable cornerstones to this nation.

Alongside Rougery-Herbaut's crisp photographs will be new paintings by Samdi, gestural and abstracted portraits. Samdi's process is intuitive and painterly with signifiers like crosses and hearts embedded around the thoughtful and emotive faces. Inspired by the artist's personal experience he creates images that speak to a more universal human experience, beyond prejudice and assumption.

Also on view will be a selection of collaborative pieces. The first series of six starts with Rougery-Herbaut’s images printed on canvas and finish with Samdi painting bold colors over the black and white photographs. The second series consists of Rougery- Herbaut’s images printed on salvaged glass from Paris using a proprietary chemical process and then painted by Samdi.

BMG’s first year of programing will consist of monthly exhibitions on view for approximately four weeks, and every show will commence with an opening reception to celebrate the artists and shine a light on the causes addressed each month. The gallery space includes an integrated full bar for events and a viewing salon designed by J Sakiya Sandifer that features custom designed furniture throughout.

BrannanMasonGallery.com, designed and built by Perry Garvin Studio (David Zwirner, The Metropolitan Museum of Art, Museum of Arts and Design), will feature a virtual viewing room corresponding to each exhibition giving exhibiting artists and their selected causes a truly global reach. Users on the site will be able to purchase or put available pieces on hold at their leisure completely independent of the gallery. The site will also feature a fully integrated appointments-based system where collectors can specify artists and works that they are most interested in, enabling the gallery to curate a completely bespoke collector experience prior to arrival.

Adding to the gallery’s global reach, a BMG Podcast will debut at the end of February 2019 prior to the inaugural exhibition and will feature exclusive interviews with exhibiting artists, as well as other prominent figures integral to the gallery’s vision.

Gallery Hours: Saturdays 12-6pm; all other times by appointment
via [email protected] or at brannanmasongallery.com starting May 2019

Etienne Rougery-Herbaut (b. Paris, France 1984) started taking photos when he was 16 years old in the streets of Paris, secretly borrowing the family's semi-automatic Nikkormat film camera. It was shortly thereafter that he was violently thrown to the ground and knocked unconscious while photographing a student protest. Upon awakening, he could not remember most of that day and it was only upon developing the photographs of the protest that his memories came rushing back to him. It was at this point that Etienne realized the power of photography in remem-bering his own moments. More significantly, he also realized his role as a photographer and the intense relationship that exists between photographer and subject. Not only were his photographs a reflection of his experience, but they encompassed his subject's memories as well.

In 2009, Etienne met world-renowned French street artist JR and, inspired by his energy and ambitious agenda, became the artist's first intern. Following an installation project with JR on the docks of the iconic lie Saint-Louis in Paris, Etienne was appointed the artist's Head of Production and held the position through 2016. The nature of street art meant there was nowhere Etienne and JR could not go and this attitude served as the backdrop for creating an impressive body of work of rarely photographed places and people that he is just now beginning to be show publicly.

Etienne holds a Master of Art History and Production, University of Paris-Est, Paris, France, and studied at the National Institute of Audiovisuel in Photography.

Each print in the New York series is produced in conjunction with Atelier Image Collée, one of the oldest and most prestigious fine art photography printers and frame shops in France. The unique process that Etienne developed in conjunction with JR and Atelier Image Collée involves mounting the print between a dibond aluminum sheet and anti- reflective acrylic glass.

Samdi (Xavier Delatour) is based in Port-au-Prince, Haïti. His work is influenced by Saint Soleil, a Haitian art movement founded by painter and sculptor Jean-Claude "Tiga" Garoute and artist Maud Guerdes Robard. In 1973, the two artists founded the Saint Soleil School of Haitian painting. The movement is characterized by abstracted human forms and is heavily guided by Haitian popular culture and Voodoo symbolism. Saint Soleil artists believe in working on multiple pieces at once, creating an élan or rhythm in which the subconscious mind can more easily express itself. Samdi has exhibited across Haiti at venues including Kolektif 509, The MUPANAH, and the Mercedes Benz Showroom.

As a graphic designer, he has had a prolific career winning the Haiti tourism logo contest beating out an international group of designers. Additional brand logos designed by him include radio one, Marie Béliard, and Sun Auto. He studied film directing at The New York film academy and has directed music videos for Haitian artist Niska and RAM.

Prior to launching BMG, Brannan Mason co-founded Noble Audio in April 2013 and Noble quickly established itself as the first choice in the luxury earphone market. Brannan successfully exited Noble in May 2018 after five years with the company during which the brand was the recipient of over 20 global awards and saw coverage by The New York Times, CNET, WIRED, The Verge, BOAT, Forbes, Robb Report, Bloomberg, Trusted Reviews, and countless other media outlets.

As a result of his parent’s research, Brannan grew up overseas in Seoul, Nairobi, and Bangkok. He now lives between Los Angeles and Montecito. Today with BMG, Brannan continues his entrepreneurial creative spirit, dedication to supporting artists, and aims to redefine the art gallery experience for artists and the modern-day art consumer.