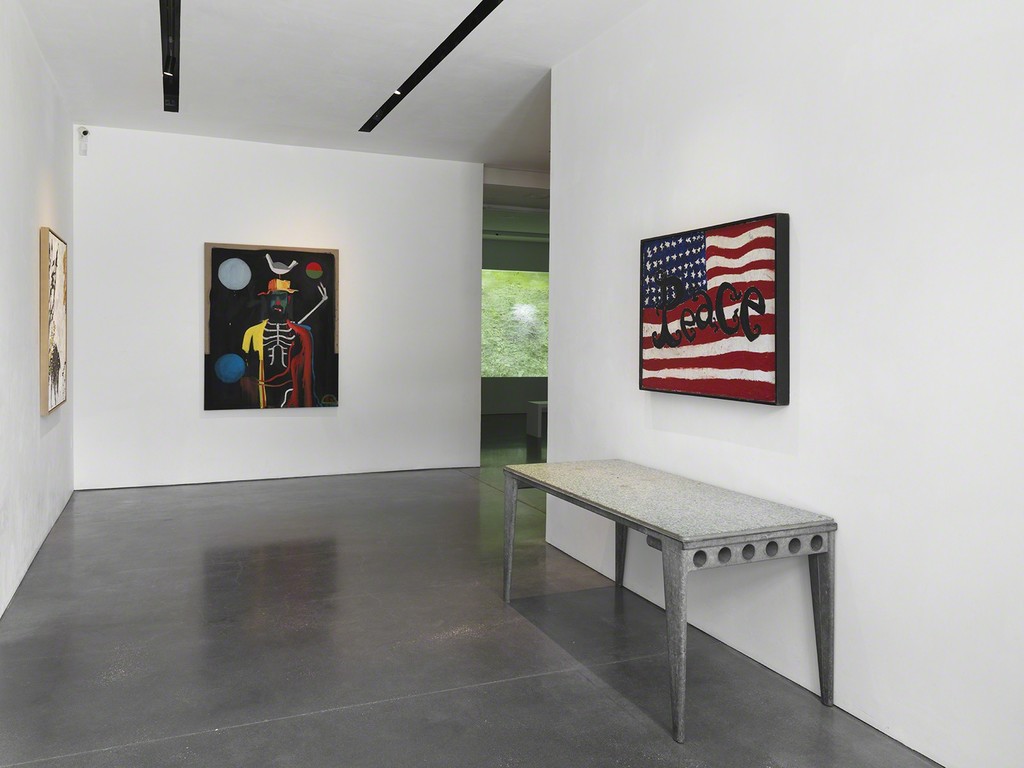 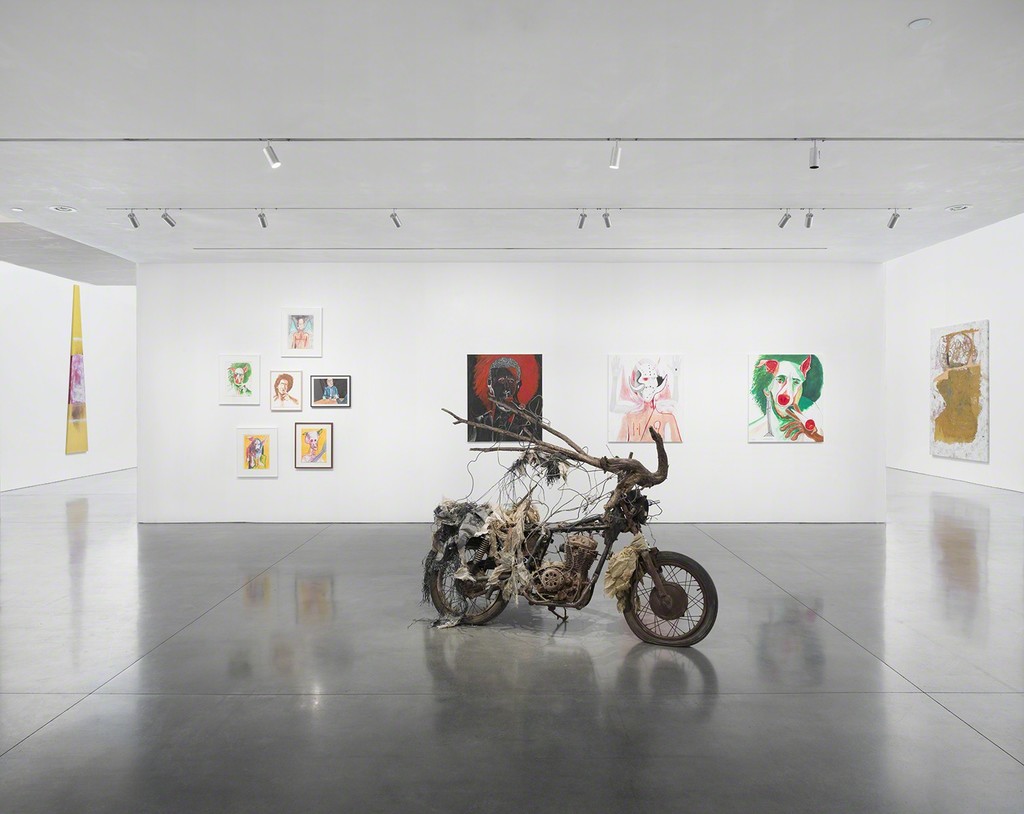 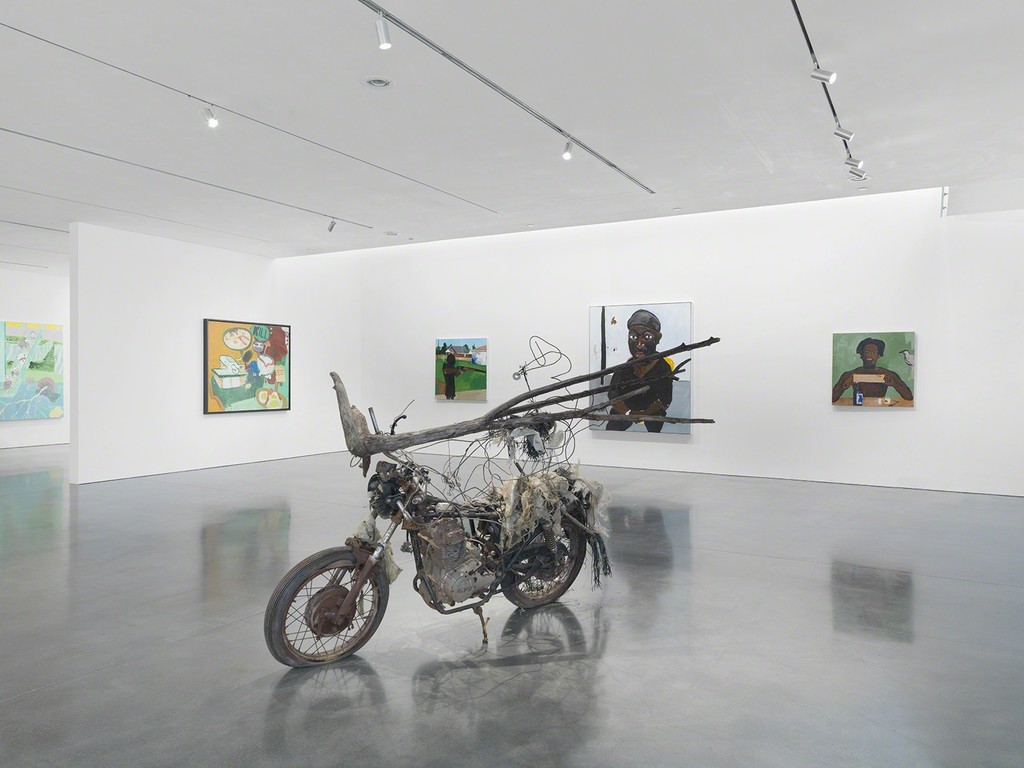 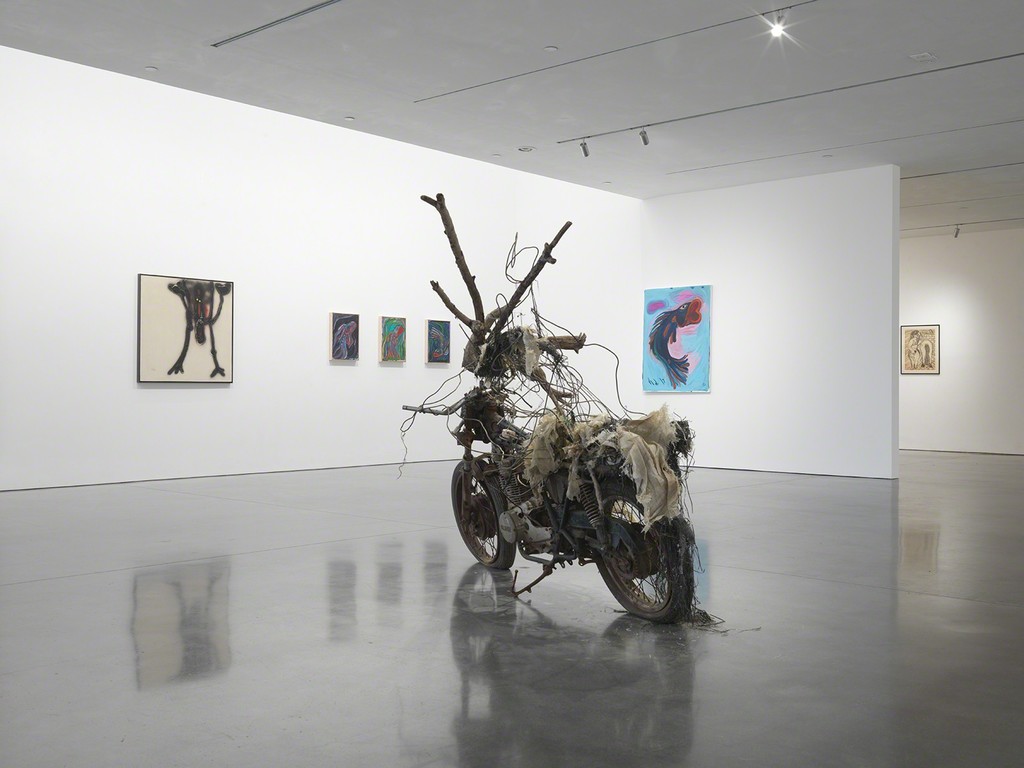 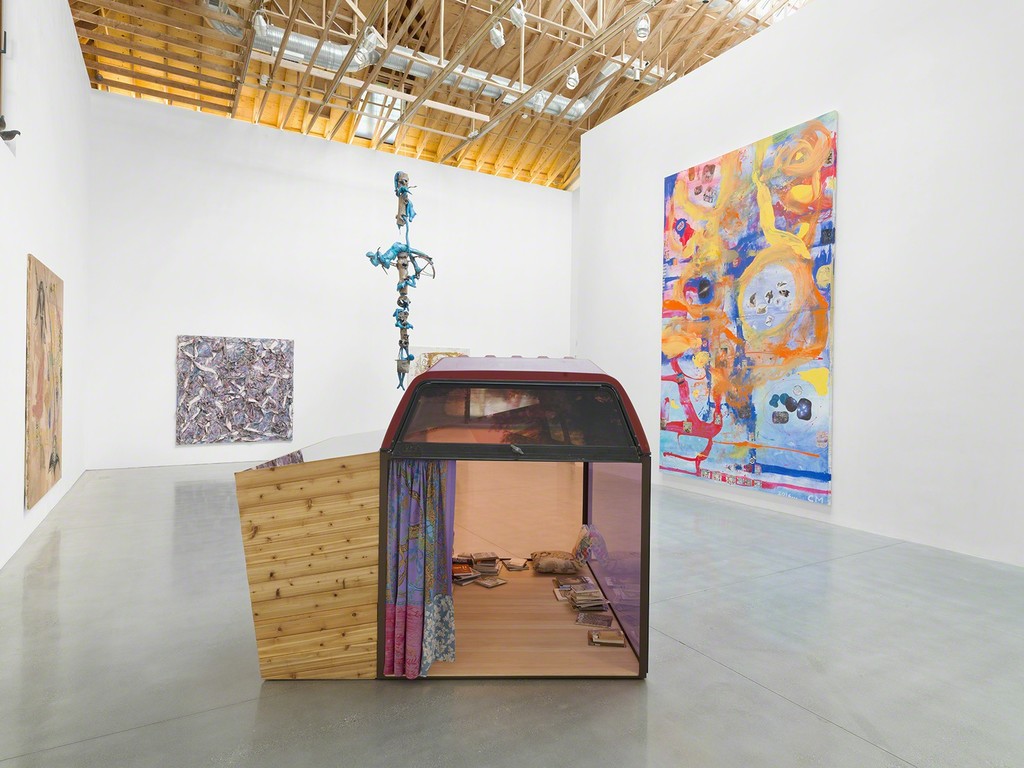 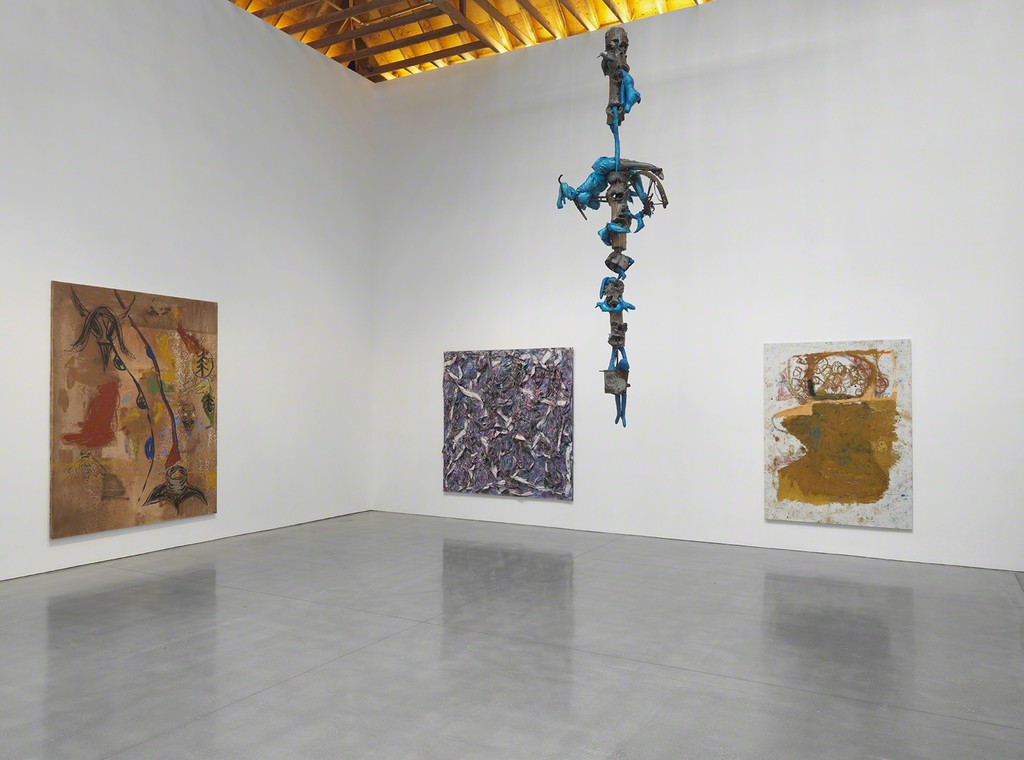 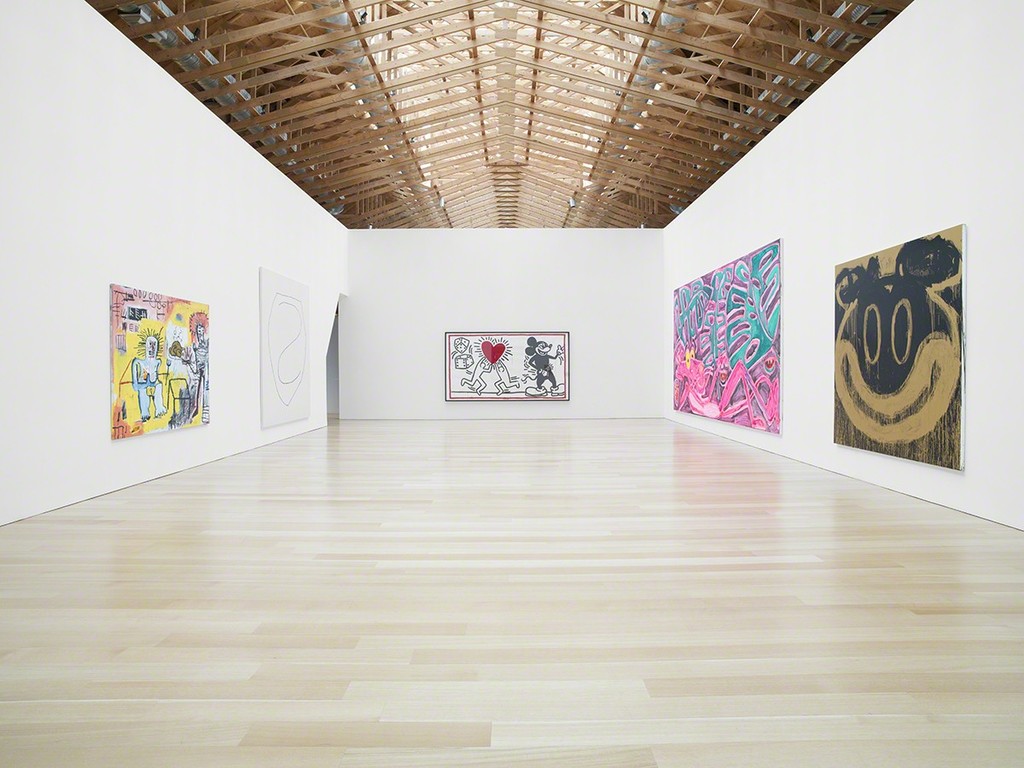 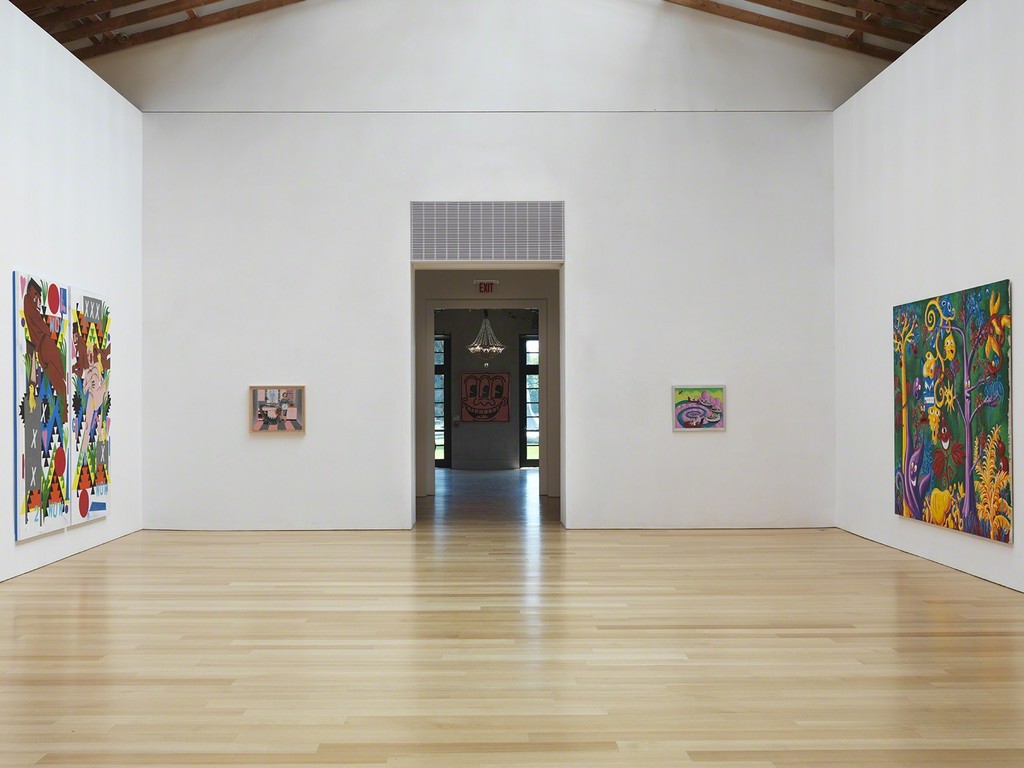 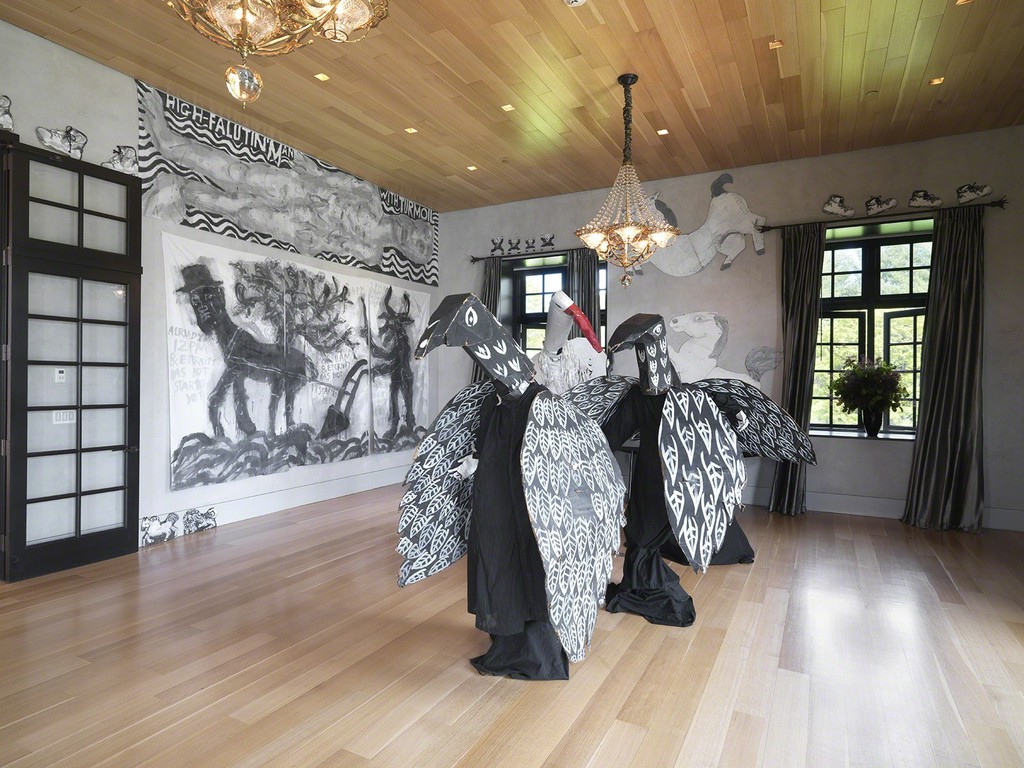 A certain lobster strolled Delancey, antennae out, claws in pockets, eyes ahead. Sign said walk, walked. Stop, stopped. “This town I love would serve me up with butter,” he exclaimed, and the sparrow mocked him from above. “Do your pinchers not pinch?” “Yes!” the lobster growled. And what about that shell?

The lobster had been through Reagan and Koch, Clinton and the other guy; made one enemy, that sparrow; seen it all; loved painting. The lobster hung at William Copley’s gallery on Broadway. He was an adjunct at SVA, wrote at night with JMB; kissed Haring and met Pensato at the studio school. Matt Groening said “Beefheart begat Bart,” and the lobster could see it. Visited Providence for Joe, introduced Chris Martin to glitter, Angel Blood at Santos, TV when possible, on a rug from Bernhardt.

“Pop,” as a category, was a reaction, to a changing economy and the creation of an industrial entertainment culture. Mass fantasy became an escape, an identity, then a commodity and finally a language. This history is as material as iron itself, a product of many rooted relations. As Thornton Dial shredded once-valuable metal to make a flag, Alex Bag shredded the nature documentary to make a feminist declaration of war. If Peter Saul used Mad magazine to depict our manic empire, then Henry Taylor’s paintings of his friends also speak in cartoon. It’s not popular, it’s unconscious.

One day, the lobster went to a thing: a play. Three fish wore toad masks on a stage under a dissected pickup truck. The lobster sat on the ground in front, the sparrow just behind. “Breathe.” The performance began. First, the sound of a guitar, then three actors began to dance in a pot of green flickering liquid. “THE PUPPETS ARE CRIMINALS WHO MESS UP YOUR MINERALS,” they sang upward, as the water slowly boiled. The audience ignited, the crowd ablaze. The sparrow freaked and flew into a window. The lobster sat and dreamed of cold water, eyes glistening.