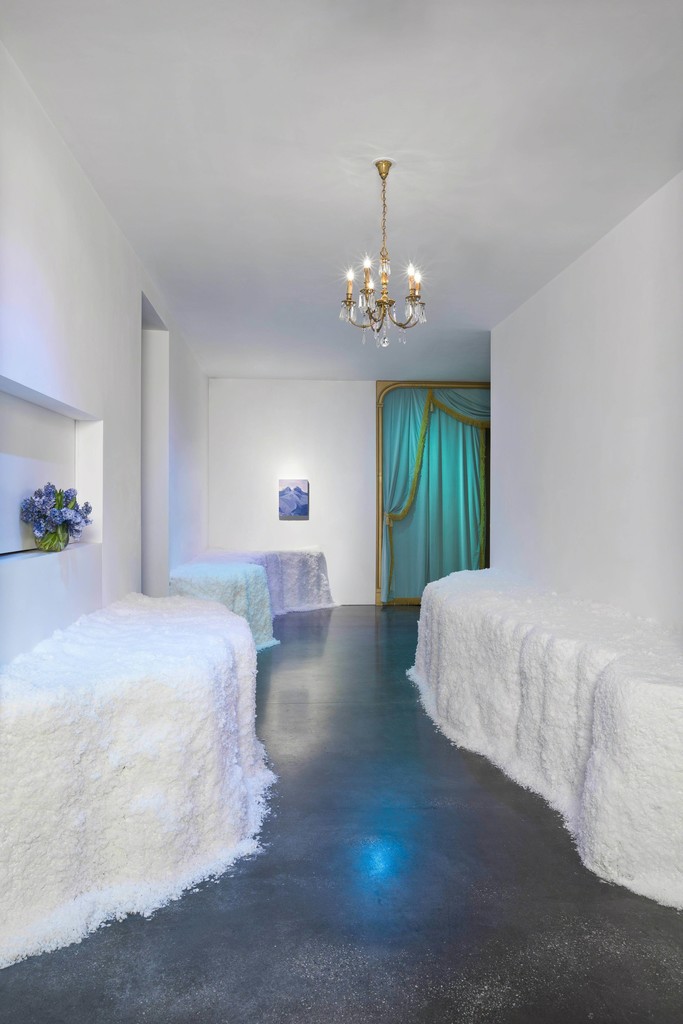 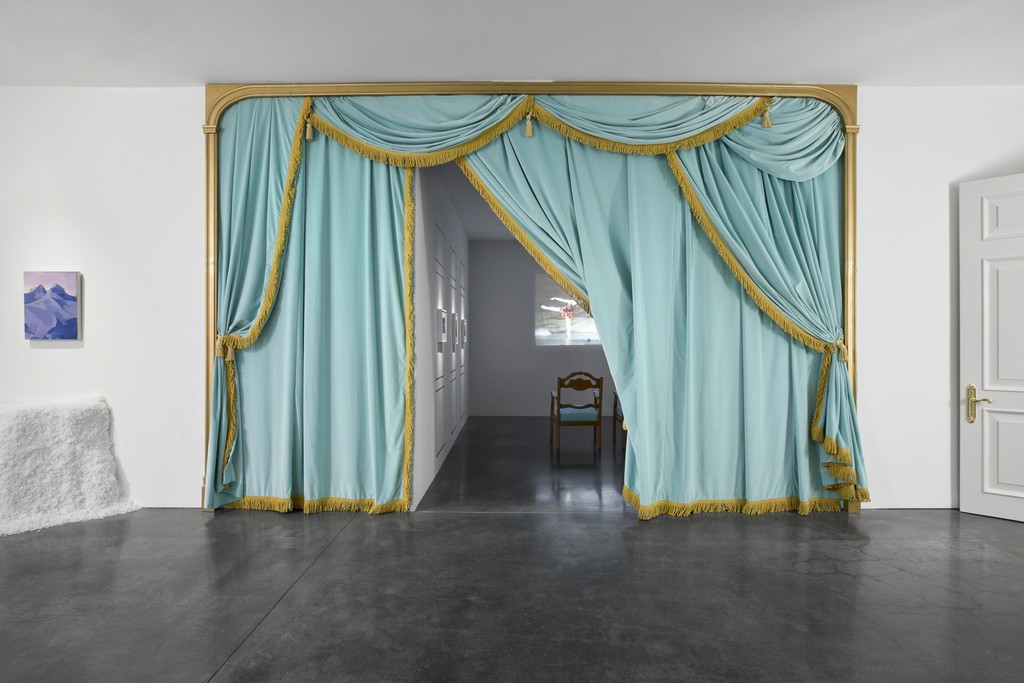 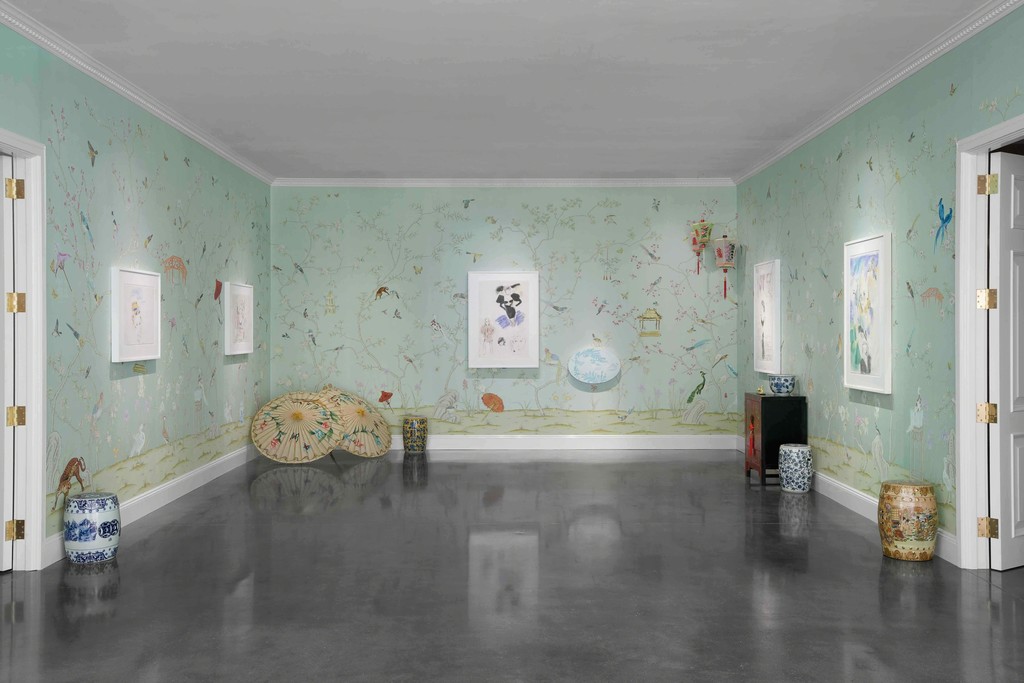 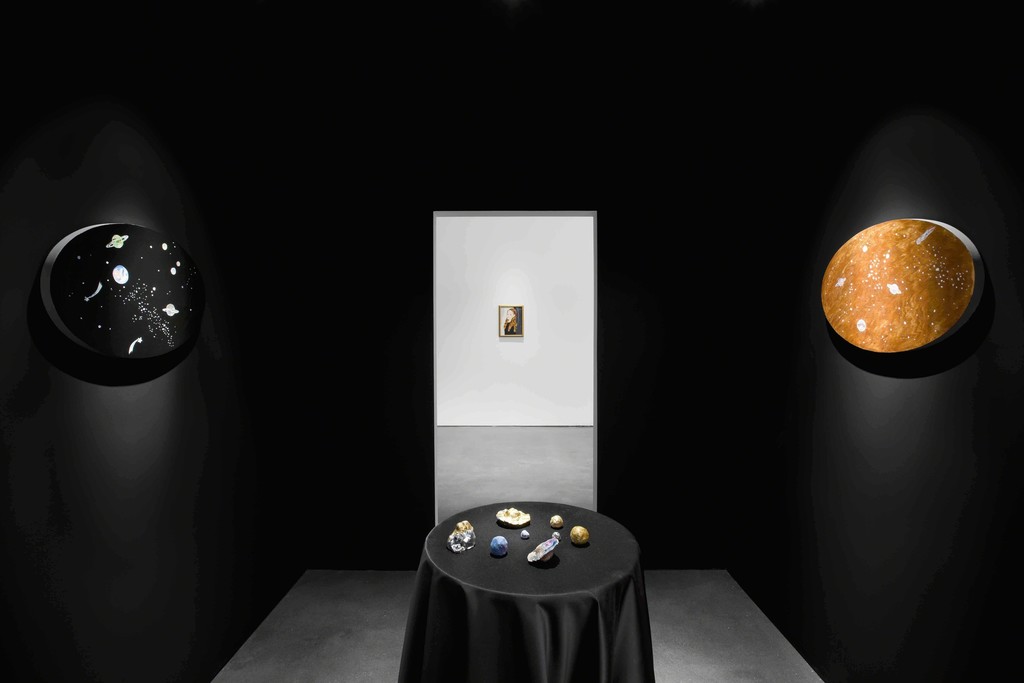 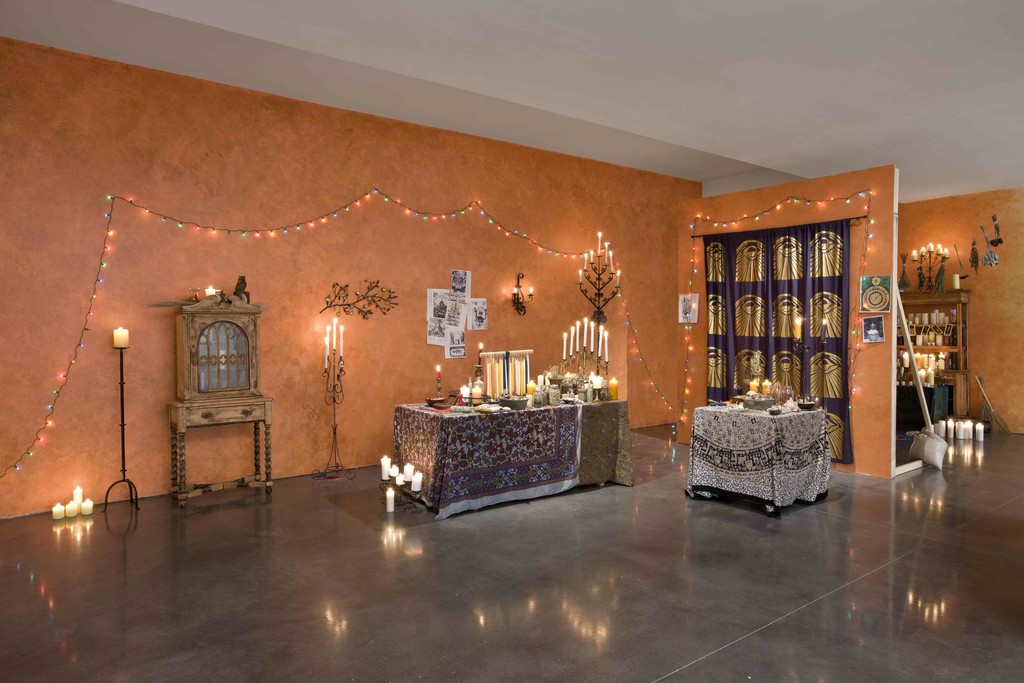 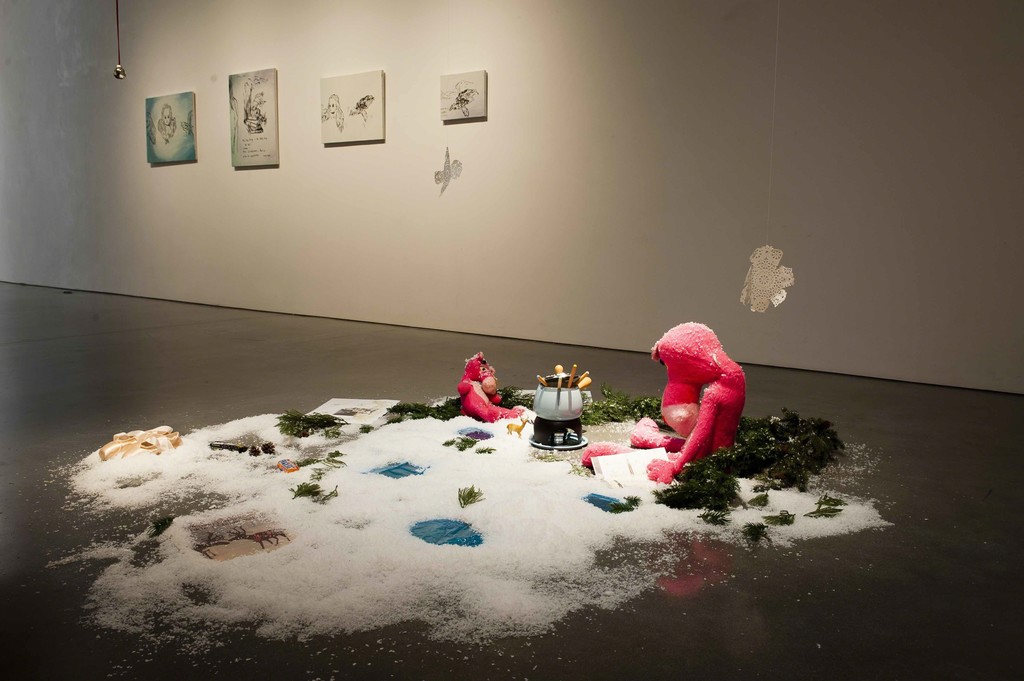 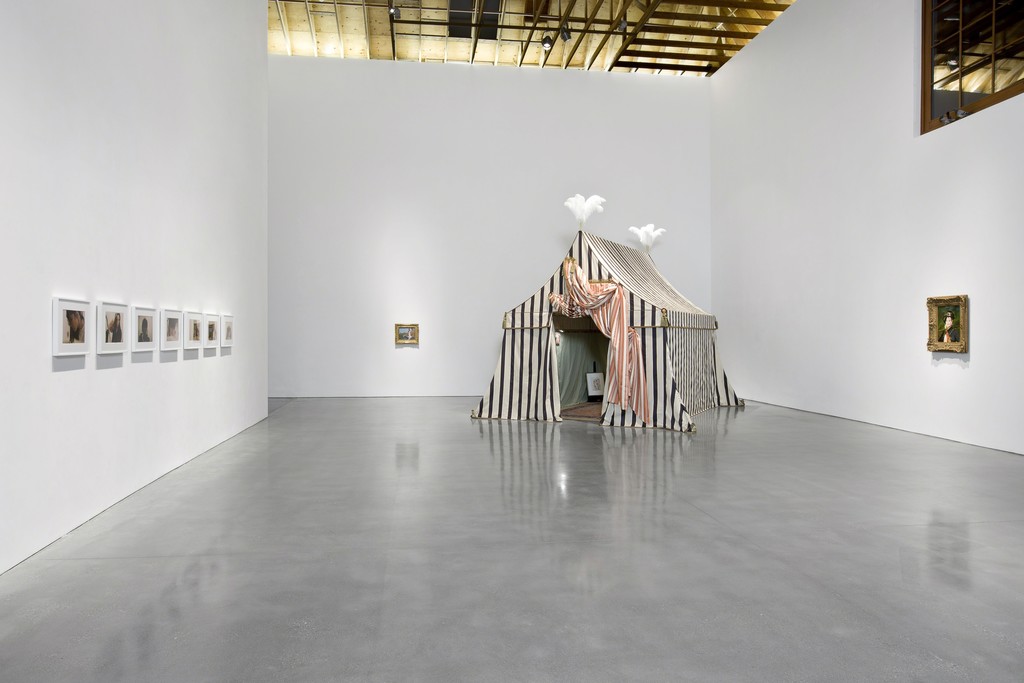 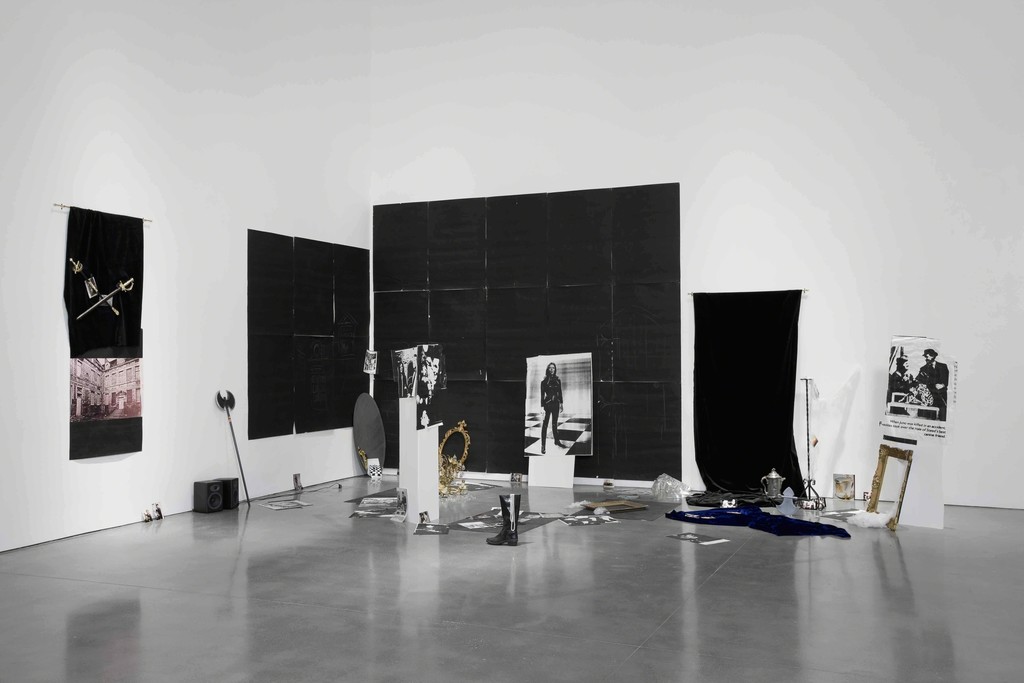 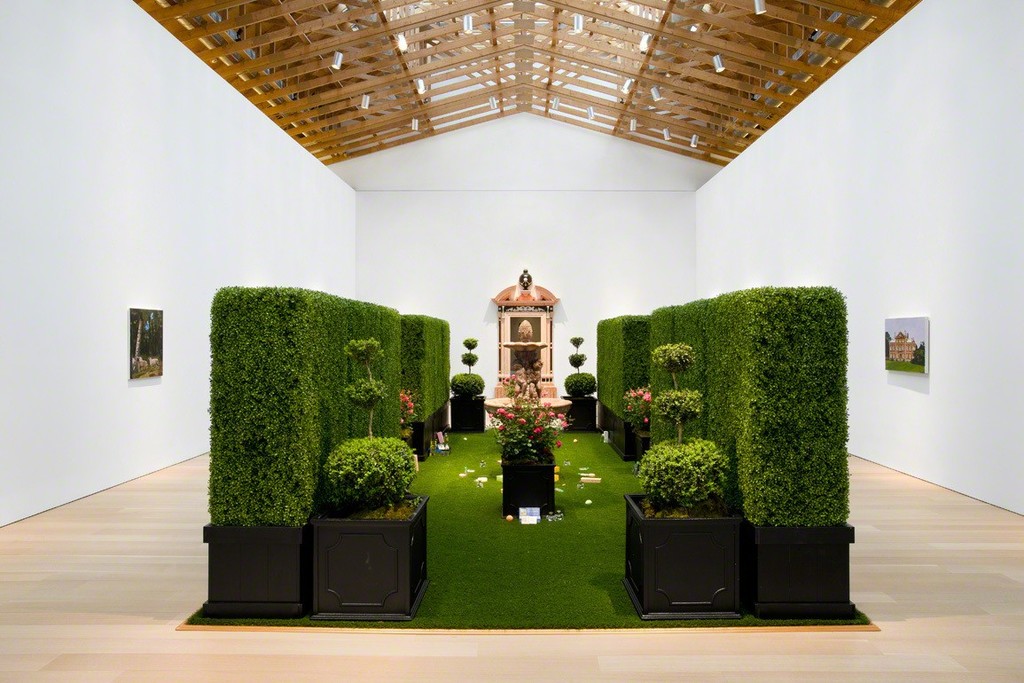 The Brant Foundation is pleased to announce a major exhibition of works by Karen Kilimnik opening on Sunday, May 6, 2012. The exhibition will include installation, paintings, photographs and drawings from the years 1982 – 2012. These works reference subjects as seemingly disparate as witchcraft, Napoleon, World War II, set design, the solar system, magic and equestrian themes. The exhibition continues through September 2012.

This presentation of Kilimnik’s work permits a rigorous consideration of her practice through a combinative display of new work, historical retrospective and re-interpretation afforded by the Brant Foundation Art Study Center’s dynamic space and country idyll. The artist seizes the opportunity to reanimate some of her most iconic works by exhibiting them in newly realized forms, resulting in an application of her uniquely refracted perspective to the exhibition space and the works on display.

In the upper gallery, Kilimnik will present a new installation, Fountain of Youth, which consists of six feet of boxwood hedges, grass, ivy and a stone garden fountain and glass perfume bottles. The lower gallery includes a chinoiserie themed installation where early drawings will hang with custom wallpaper, furniture, garden seats, fans and lanterns.

Kilimnik will also exhibit her influential 1989 installation The Hellfire Club episode of the Avengers. A mise-en-scene, based on the 1960s British television series The Avengers, is an installation arrangement of xeroxes, photographs and props framed by velvet curtains and two impenetrably black drawings of British manor houses. Several nearly life-size photocopies of the stars of The Avengers (Emma Peel and John Steed) are part of the tableau, as if bringing the episode to life. Gold frames, mirrors, cobwebs, swords, an ax; these elements combine with a pea, The Beatles, and other stereotypically British imagery, forming the artist’s own portrait of the artificially exaggerated tenets that made the television show so engaging. The Avengers’ soundtrack is similarly collaged to reflect the show’s feeling, using edited snippets of Haydn, Johann Christoph Friedrich Bach, the Surfin’ Safaris, Madonna, Arthur Brown, the Rolling Stones and incidental sounds of clinking chandelier crystals.

A major focus for Kilimnik is the blending of real and imagined portraiture. In her iconic paintings, modern pop-cultural icons are inserted into composed historical overtures, resulting in an enchanted kind of unreality. Kilimnik traffics in the creation of reciprocal allegories, whereby the malleable personas of her actors are subjected to perpetually reversing roles. Becoming illustrations for the cloudy vagueness of a romanticized past, the role of the human subject is diminished, drawing attention to the fabricated nature of time and place in the creation of her arcane historical scenarios. Early drawings and self-portrait photographs with references to modeling, fashion advertisements and the cult of celebrity reinforce these preoccupations with the fluid nature of identity. Kilimnik’s connection to the resonant psychological power of ornamental objects and words is an undercurrent throughout these works, as we find snippets of abandoned flowers, ribbons, patches of sky or chunks of slogans inserted wholesale into various pieces of her oeuvre.