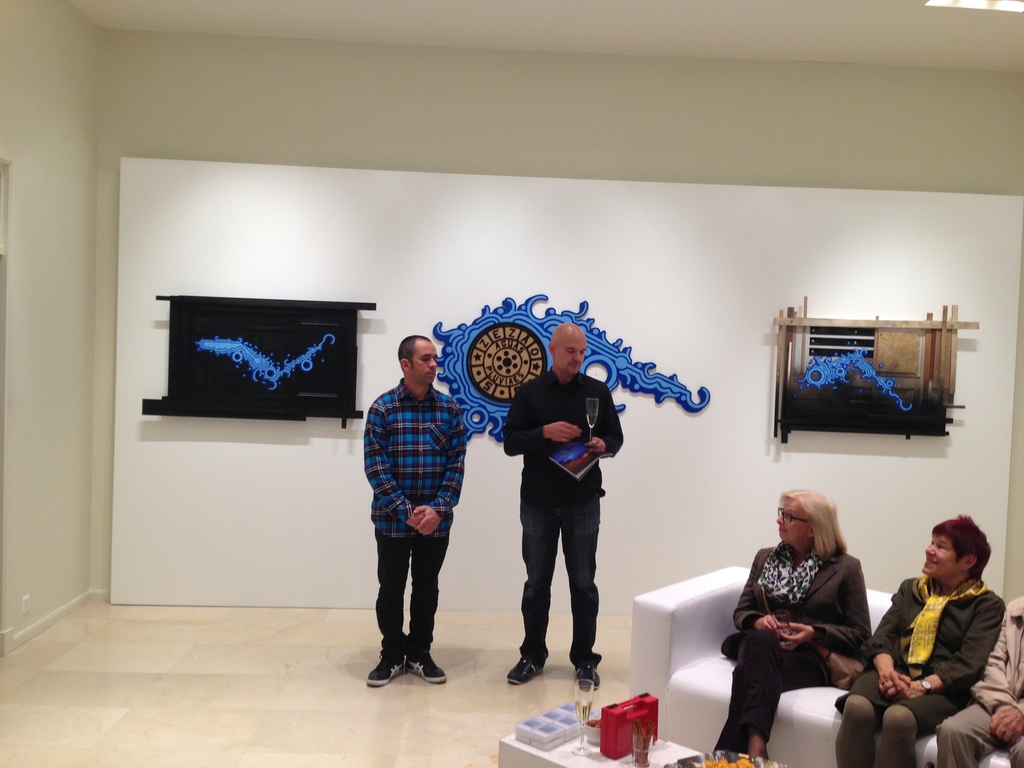 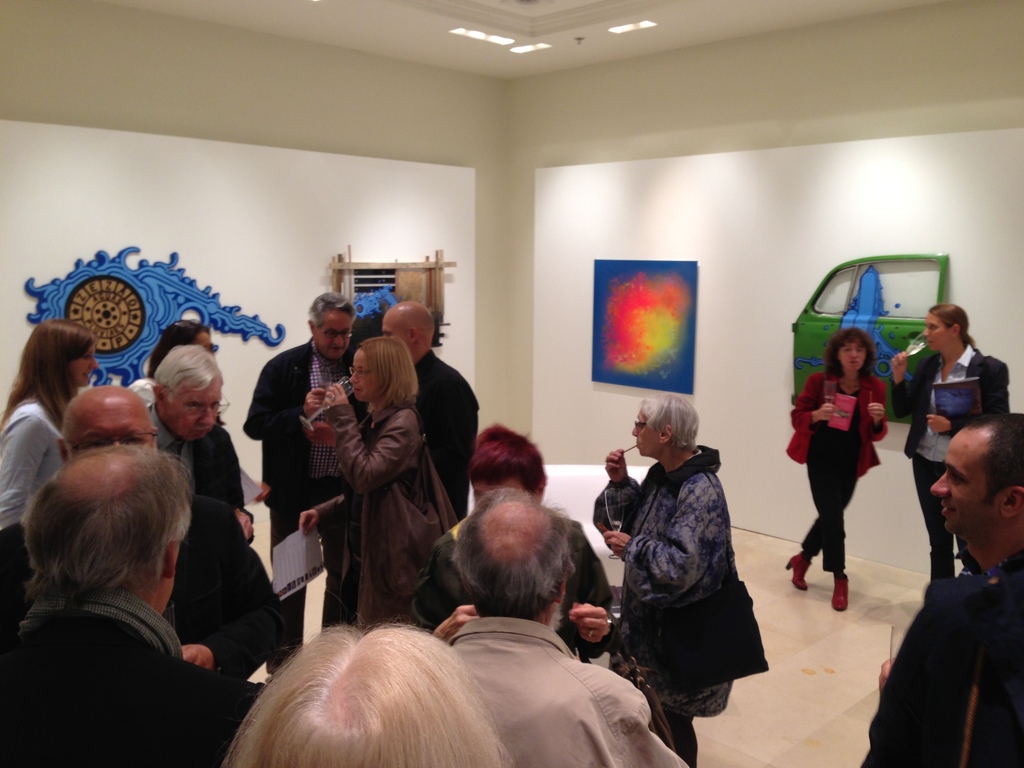 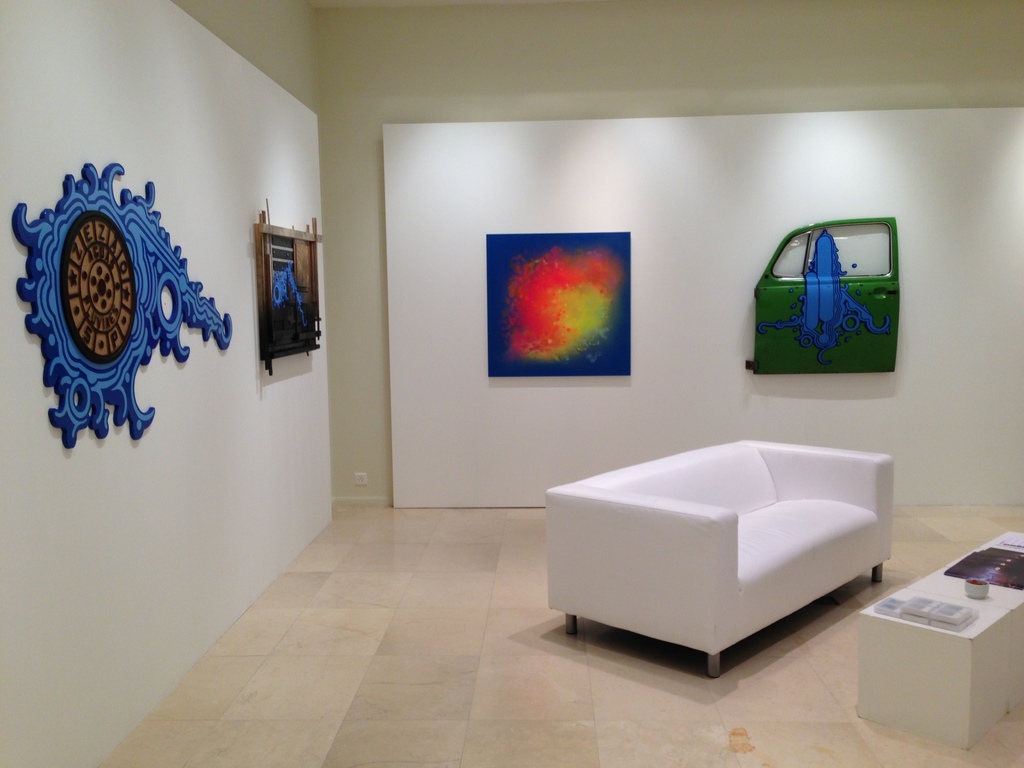 Zezão, real name José Augusto Amaro Capela, began his quest to conquer the underworld with graffiti in São Paulo in the 90s. Inspired and motivated by the art of Jean-Michel Basquiat, Zezão believed it his right to depart from the well-trodden paths with his art and to explore new avenues. He worked in sewerage systems, in drains, in the rubble of abandoned ruined buildings, in dilapidated blind alleys and dark spaces below viaducts, and so drew attention to a cityscape whose existence many people could barely credit.
Some time later he broadened his activities: he took everyday objects from the trash and created a new existence for them by inventively assembling and painting them. Even now, for his wood collages he uses objects found in the street such as pieces of lumber used for barricades in São Paulo, or he creates a foundation using old “treasures” like mirrors, trays, car doors, bedsteads…
He always leaves his trademark on the dilapidated, isolated surfaces, his blue, abstract signature derived from the word “vício”, meaning “addiction”, and thus delves into what appears to be true life, and brings to light what without his art would remain ignored, what nobody wants to see. In this way he uses delicate tints and shapes to descend into a chaotic underworld, invading the subterranean space, and by contrast he revives its raw walls in a subtle, quintessentially blue presence.
Art close to trash, dead dogs and broken pieces of furniture, at the margins of society – Zezão inspires dialogue between the underworld and the surface, to get talked about.
Wherever trash (Brazilian: lixo) needs to be turned into luxury (Brazilian: luxo) – this is where Zezão’s work comes into its own. It contains political and social messages and ones which relate to the environment. Because its connection with dilapidated neighbourhoods, derelict buildings, contaminated water, smog and filth, violence, or the recycling of discarded objects, all this is a way of making a critical statement about these diverse problems of the city. At the same time important debates on issues such as sustainability and recycling are kindled.
Zezão’s work is now for the first time being showcased in a solo exhibition in Switzerland to mark the tenth anniversary of the Brasilea Foundation.
He has already had numerous exhibitions in his home country, Brazil, in particular in Rio de Janeiro and São Paulo. His graffiti also adorn walls, sewerage systems and viaducts around the world. Places in which he has exhibited in the past include New York, Hamburg, Prague, London, Florence, Los Angeles, Paris and Sydney.