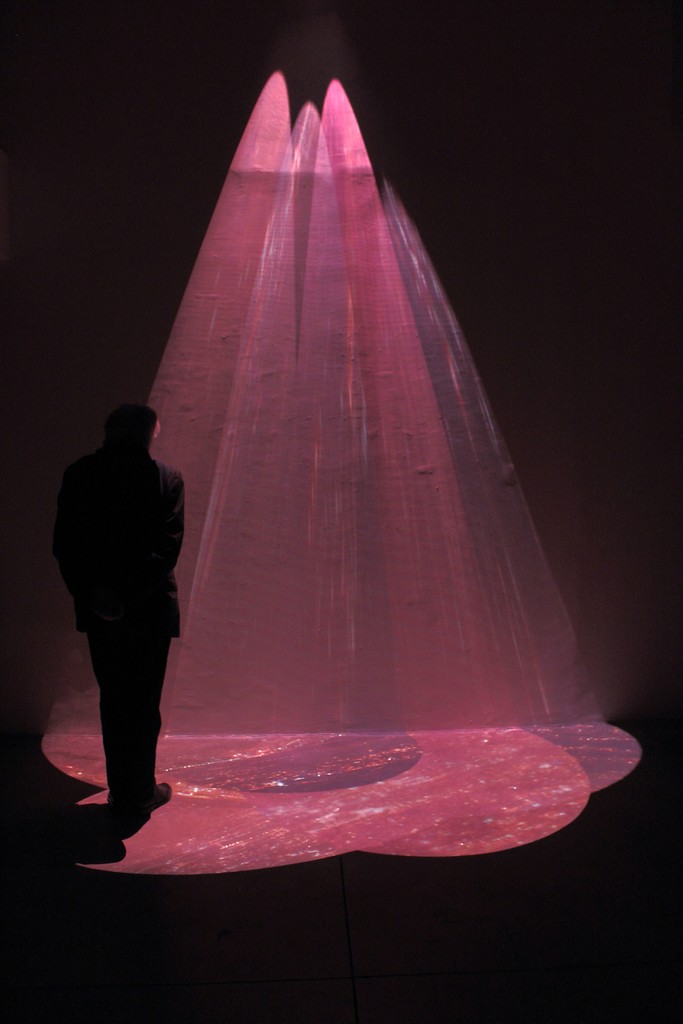 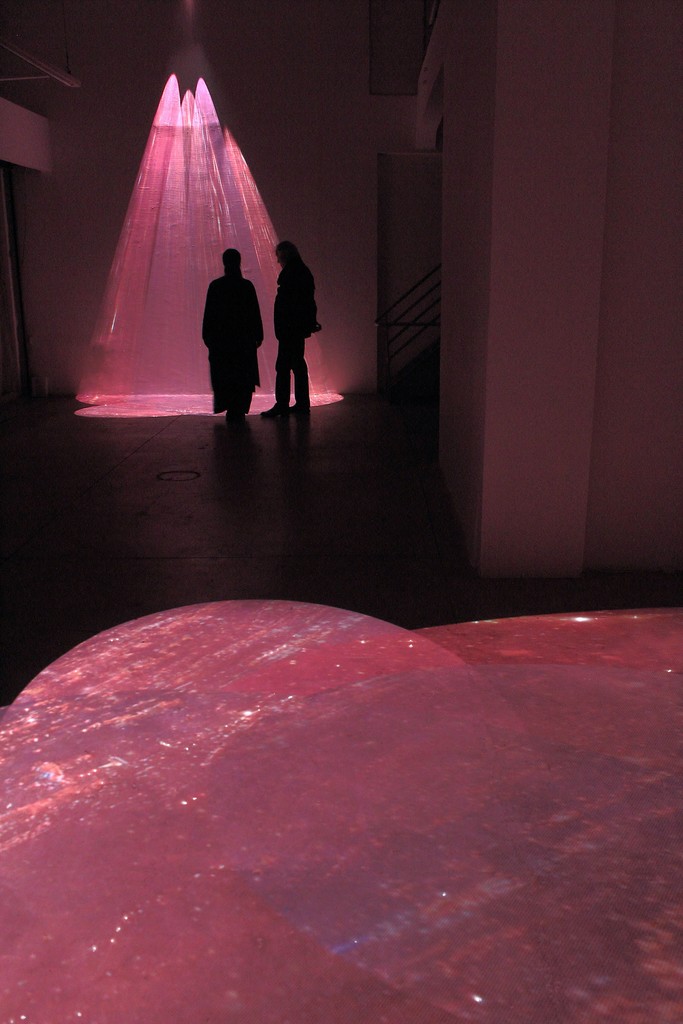 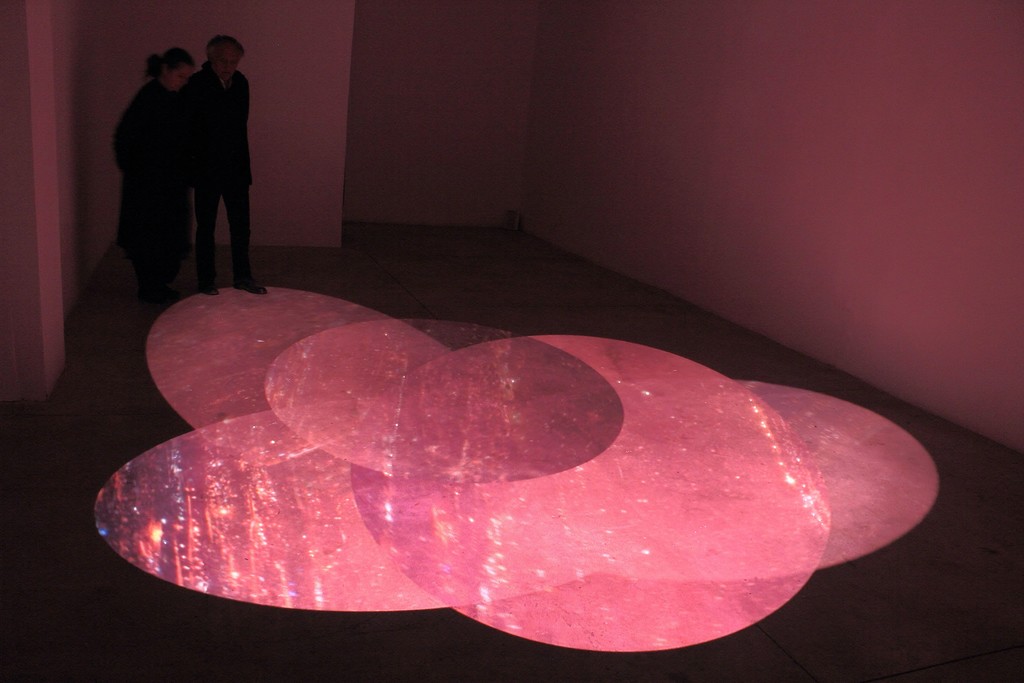 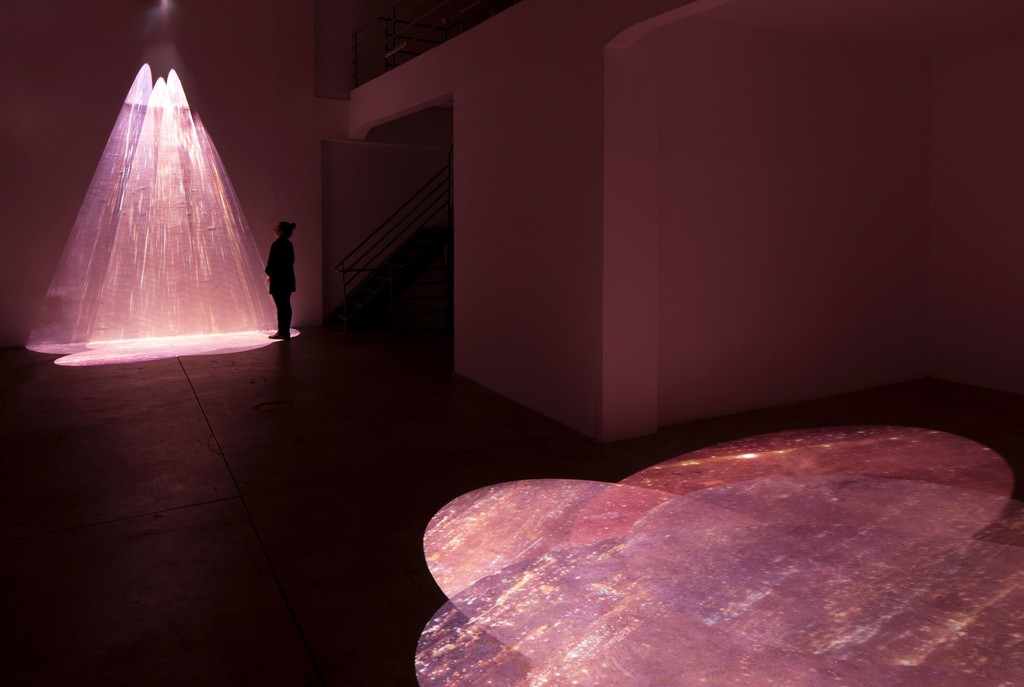 First gaining critical attention in 1993 after participating in the 45th Venice Biennale, Grazia Toderi is often referred to as one of the most important contemporary artists, working in the fields of drawings, photography, video projection, and installation art. Toderi is recognized for her iconic use of aerial images of night time metropolitan cities. Works such as The Trail of Angels (La pista degli angeli, 2000), Florence, Stars of Earth (Firenze, stelle di terra, 2000), Mirabilia Urbis (2001), Invisible City (Città invisibile, 2003), Red Babel (Rosso Babele, 2006), Red Orbits (Orbite Rosse, 2009) have entered the anthology of contemporary art as the finest examples of video projections where cities such as Rome, Florence, and London, but also imaginary cities, are explored through an unfamiliar viewpoint, transforming them into a magical and mysterious territory, mirrored between sky and earth.

For her first solo show at Braverman Gallery, Grazia Toderi is showing a new series of works called Red Map (2016-2018), influenced by Italo Calvino’s Invisible Cities, where cities are shown through luminous and reddish oval shapes that, intermixing different possible maps, create new open cities. Our cities are made of different layers built by time and by our histories. Those layers are hidden from our eyes, but exist in the memory of the earth. Cities are also made by relations and energies that cross our experience, changing the space and the city. The oval shape is an homage to the ancient tradition of terrestrial and celestial mapping, the planisphere.

In the gallery two video projections are installed in the dark.

On the left, Red Map (2016-2018) is a projection that appears on the floor. The map becomes a kind of red carpet, made of brilliant lights of cities that appear and disappear one on top of the other, creating new geographies in continuous transformations.

On the right, Red Map (2016-2018) is also a projection on the floor, but is divided by a wall, changing the drawing and the form of the maps. Different meeting points of the lights alter their direction, and the red map also appears in vertical, luminous signs that move from up to down, and from down to up.

In the Bakery, the artist is showing the work Scala Nera (2006), a work that was dedicated to the famous opera theatre. Fascinated by the use of images and by the dynamics of spectacle, she works on images of stadiums, arenas, and large historical theaters, considering them also like small cities where imagery, appearing in continuous transformation, tackles the relationship between time, light and energy.