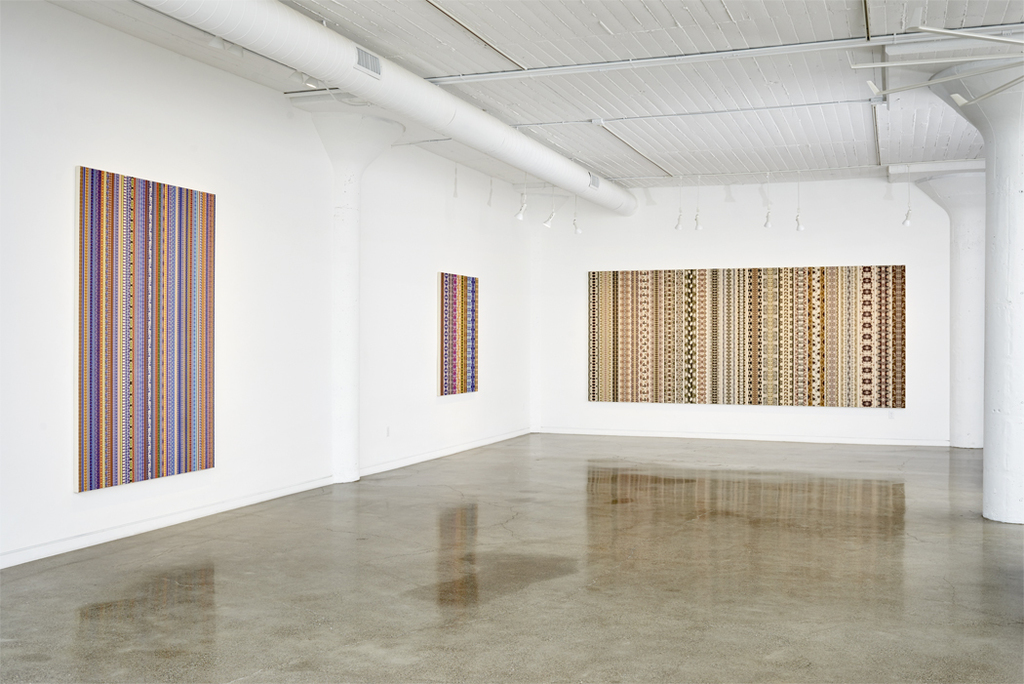 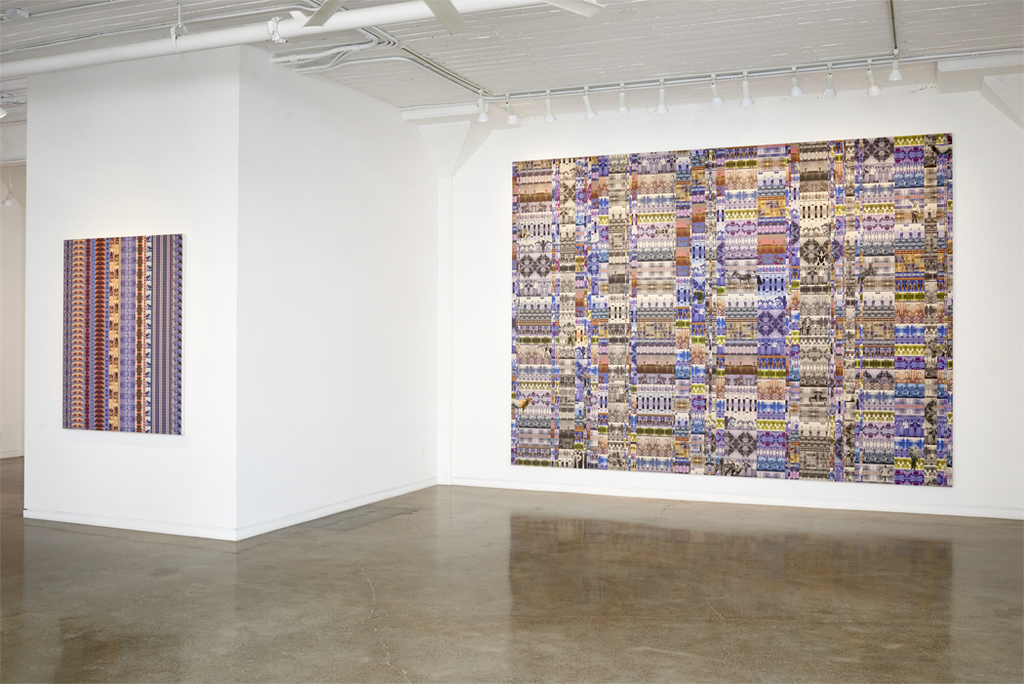 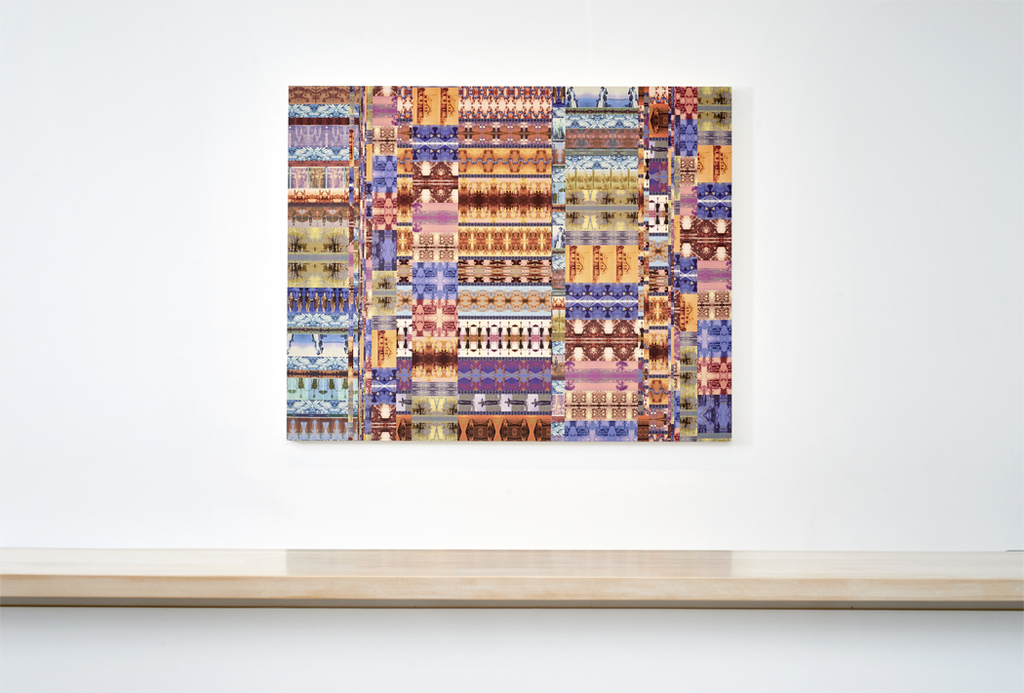 Brian Gross Fine Art is pleased to announce the opening of A Western Trip, a solo exhibition of paintings by Bay Area artist Dana Hart-Stone, on September 10, 2016, with a reception from 4-6pm. On view will be six new paintings, including two mural-sized works, created through the artist’s continued exploration of vintage imagery, intricate patterning, and nostalgic remembrance. The exhibition will be on view through October 29, 2016.

Each painting featured in A Western Trip is created through the appropriation of vintage American vernacular photographs to create vivid, intricate patterns printed onto raw canvas. Hart-Stone’s repetitive use of imagery creates the feeling of a cinematic narrative, one whose story and meaning are left deliberately ambiguous. Digitally stitched together into fields of memory, Hart-Stone’s paintings pay homage to the personal histories of everyday people, while simultaneously recalling the collective history of the American west.

While each of Hart-Stone’s works takes a nostalgic view, they are also studies in geometric abstraction and harmonic combinations of color. To create his patterns the artist employs the technique of serial repetition, often using a mirroring effect to amplify his motifs. The patterns are infused with saturated, vibrant color. In the title painting A Western Trip, a 13-foot mural, Hart-Stone has composed elaborately staggered, vertical bands of imagery to create a dynamic backdrop on which he has overlain iconic images of western rural life, including two women wrestling with a mule and a cavalry of hunters on horseback. Hart-Stone’s manipulations on canvas achieve the effect of simultaneously imprinting his imagery in the viewer’s mind, while also dissolving their pictorial foundations into the realm of abstraction.

Born in Billings, Montana, Dana Hart-Stone attended Montana State University in Bozeman, and received his B.A. from San Francisco State University in 1997. His paintings and commissions can be found in numerous private and public collections, including the Crocker Art Museum, Sacramento, CA and the Monterey Museum of Art, Monterey, CA. This is his third show with Brian Gross Fine Art.