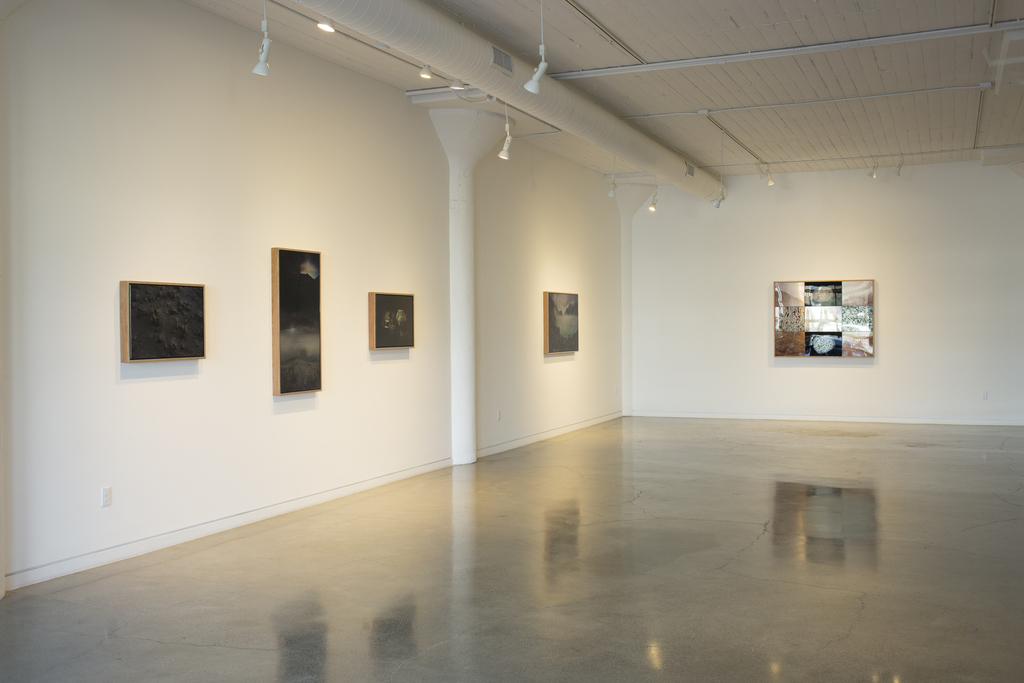 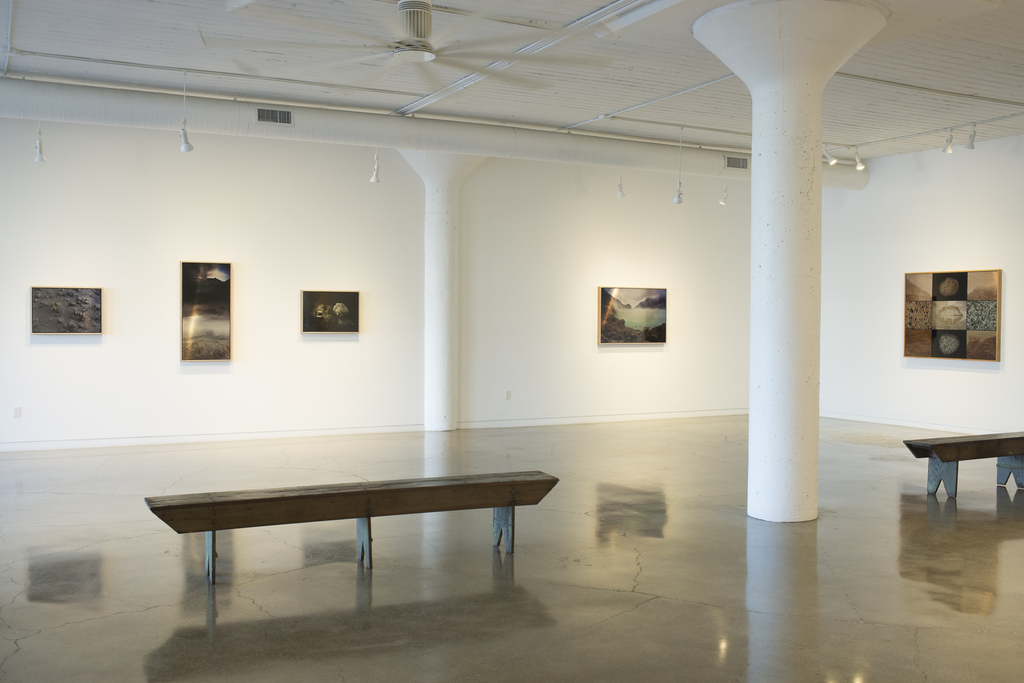 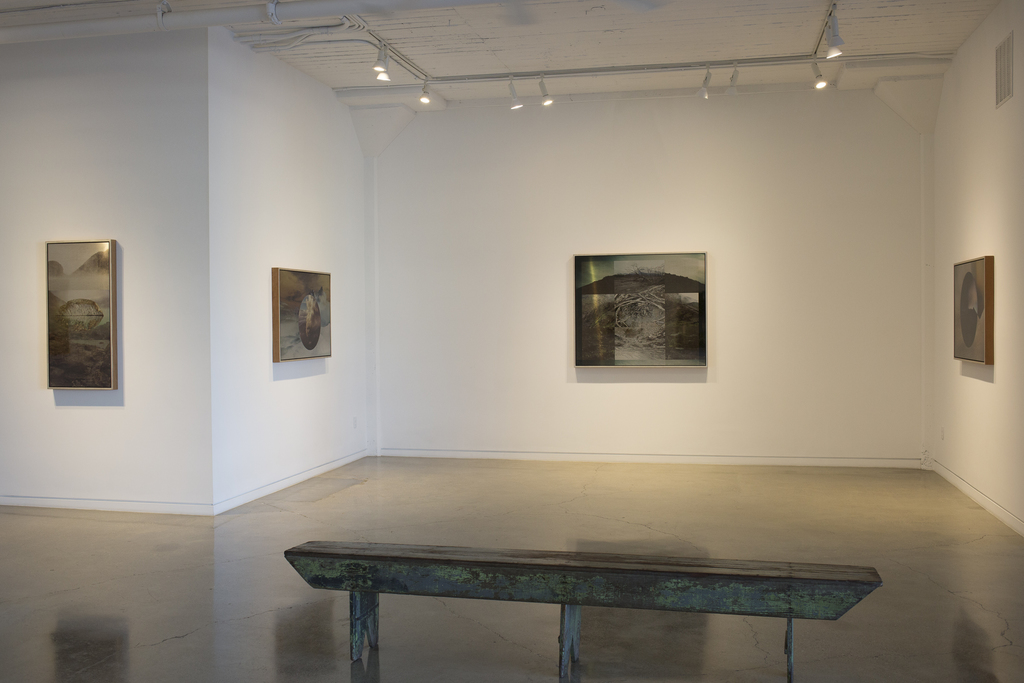 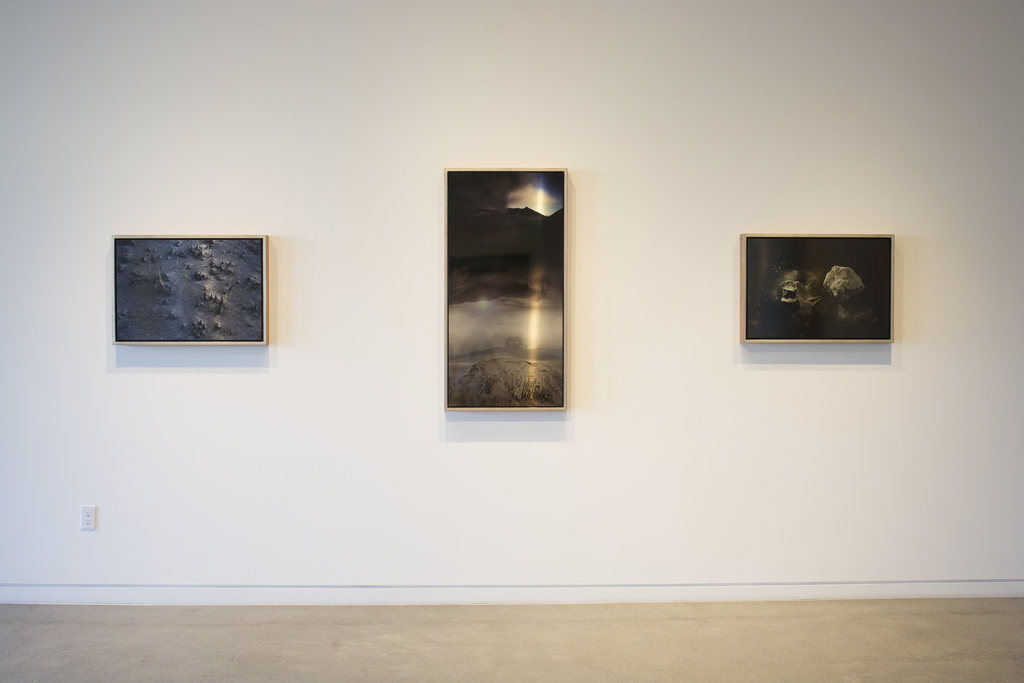 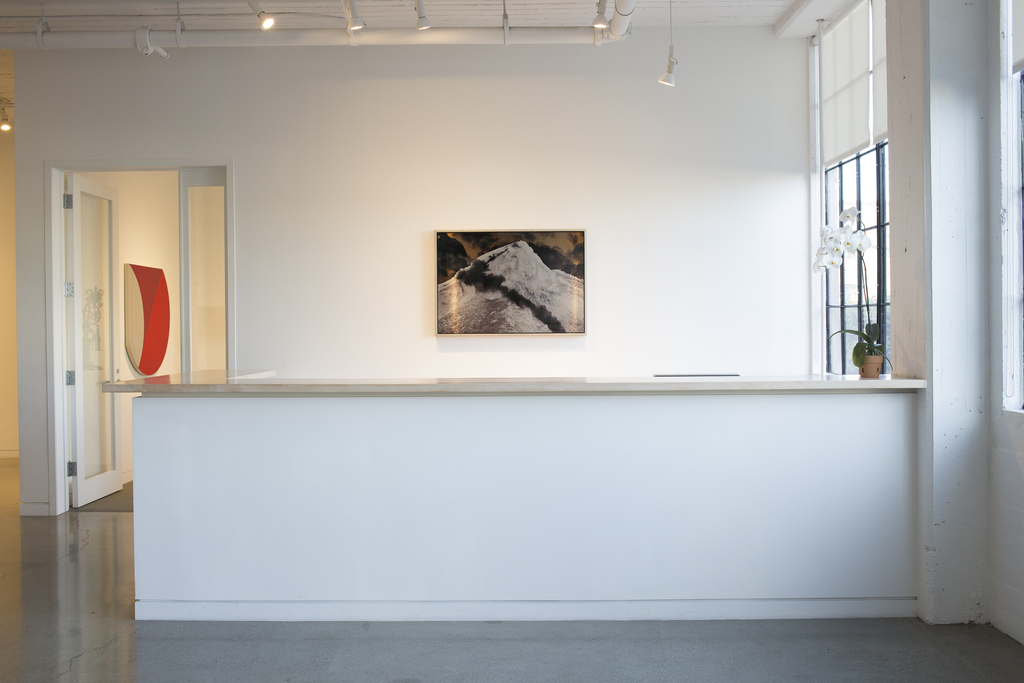 Brian Gross Fine Art is pleased to announce a solo exhibition of work by Santa Fe artist, Meridel Rubenstein, opening Saturday, September 12, 2015 with a reception from 3-5 pm, and an artist’s talk at 3:30 pm. On view will be ten new photoworks from The Volcano Cycle, the second part of Rubenstein’s three part series, Eden Turned on its Side. In The Volcano Cycle, Rubenstein explores deep time through images of the smoldering volcanoes that make up Indonesia’s Ring of Fire, evoking thoughts of earth, climate change, and human co-evolution. The Volcano Cycle will be on view through October 31, 2015.

Rubenstein’s series, Eden Turned on its Side, investigates ecological processes across time that either reinforce or destroy the notion of Eden. These photoworks focus on the poetic intersection of nature and culture in relation to ecological and social imbalance. Rubenstein’s previous exhibition at the gallery focused on Photosynthesis, the first part of the cycle. In the final segment, Eden in Iraq, she is co-designing a wastewater garden/memorial in the marshes of southern Iraq that aims to transform relics of war into art.

In The Volcano Cycle, Rubenstein explores volcanoes as a regenerative phenomenon. She captures the cycle of destruction/regeneration through images of charred trees, acidic lakes, volcanic plumes, ash rubble, and plant life emerging from barren ground. Printed using dye sublimation on aluminum sheets, the photoworks shimmer with a metallic luster, adding a sense of alchemical change.

Meridel Rubenstein was born in Detroit, MI in 1948. She received an MA and MFA from University of New Mexico, Albuquerque. Since 2006, she has been a Visiting Associate Professor at the School of Art, Design, and Media at Nanyang Technological University in Singapore and is an Adjunct Professor at Arizona State University’s School of Sustainability. From 2000-2005, she taught at Smith College, Northampton, MA, and from 1985-90 she headed the photography program at San Francisco State University. Rubenstein has received fellowships from the Guggenheim Foundation and Bunting Institute at Harvard University. She has received grants from the National Endowment for the Arts and twice received the Pollock-Krasner Foundation grant.

Rubenstein’s work has been the focus of numerous museum exhibitions throughout the US and Europe. She was one of only two New Mexico artists included in the inaugural Site Santa Fe in 1995. Her work has been exhibited at the Louvre; the International Center for Photography, NY; the Museum of Contemporary Photography, Chicago; the Irish Museum of Modern Art, Dublin; the Smith College Museum of Art; the UNM Art Museum, Albuquerque; and the New Mexico Museum of Art, Santa Fe.

Rubenstein’s photoworks can be found in the permanent collections of the Smithsonian American Art Museum; the San Francisco Museum of Modern Art; the Bibliotheque Nationale, Paris; the Museum fur Kunst und Gewerbe, Hamburg; the Houston Museum of Fine Arts; the Honolulu Museum of art; the High Museum, Atlanta; the Denver Art Museum; and the Minneapolis Institute of Arts, among others.