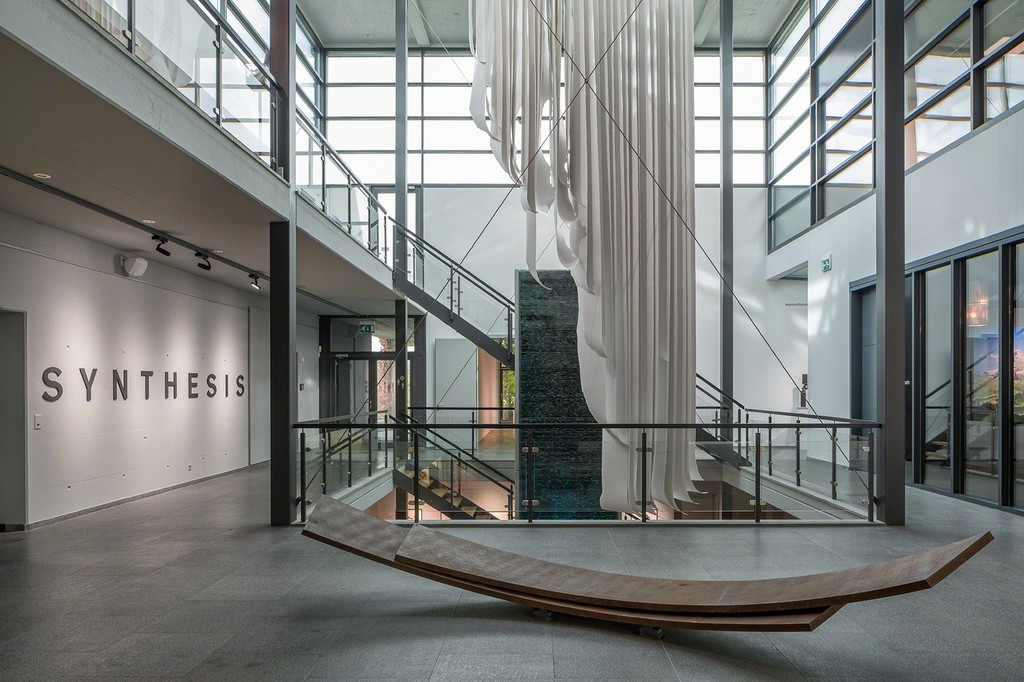 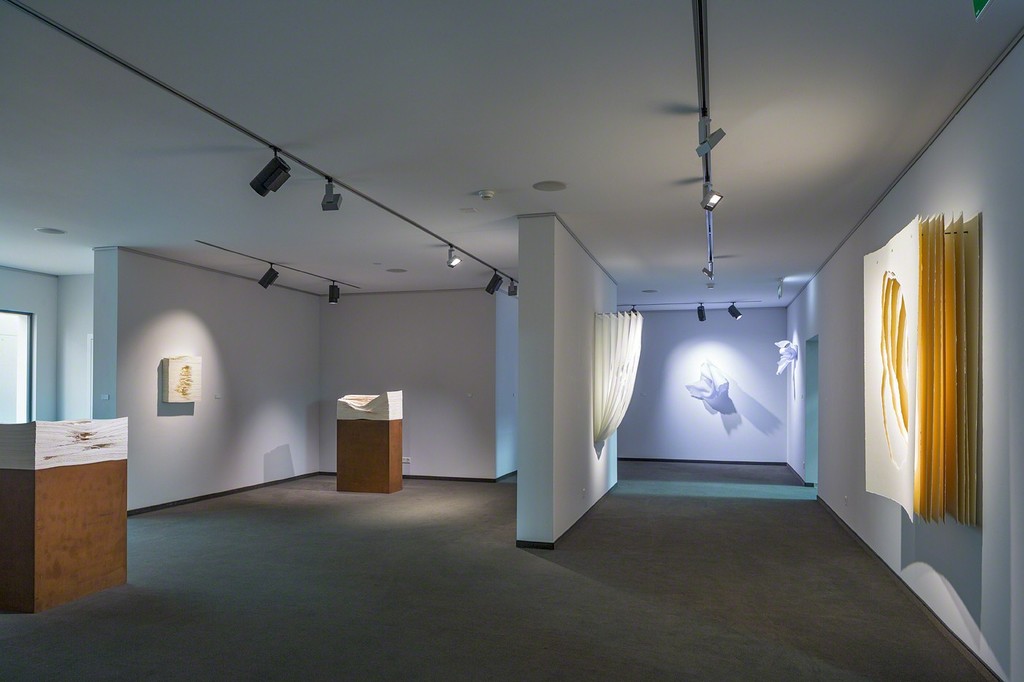 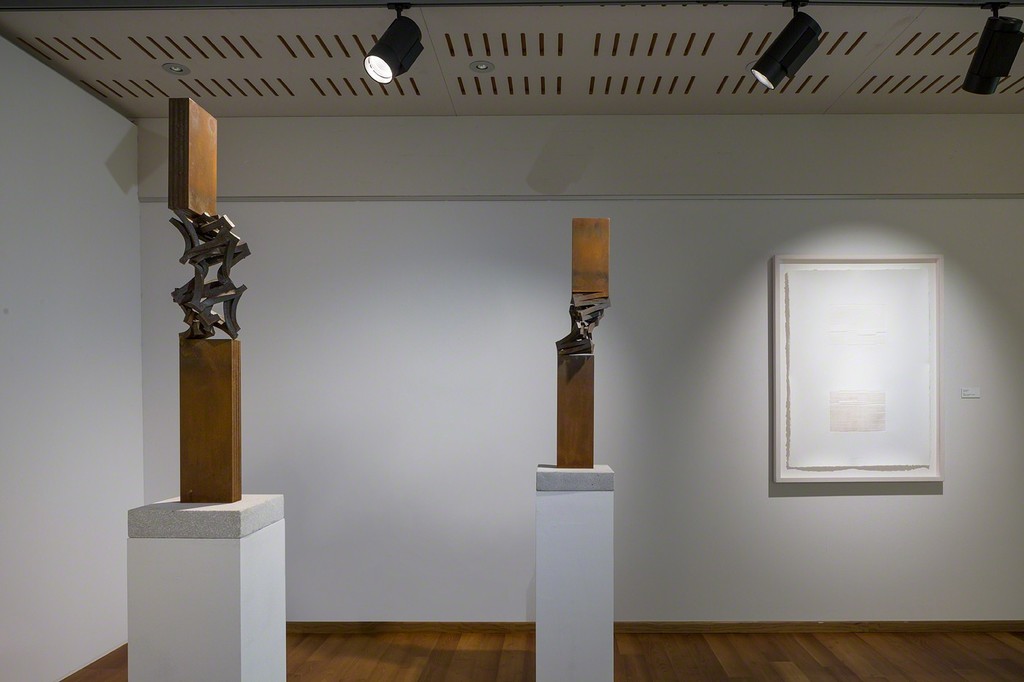 Thomas Röthel's steel sculptures and works on paper are placed amidst each other to emphasize his characteristic play of contrasts between lightness and heaviness (photo: Markus Beyeler) 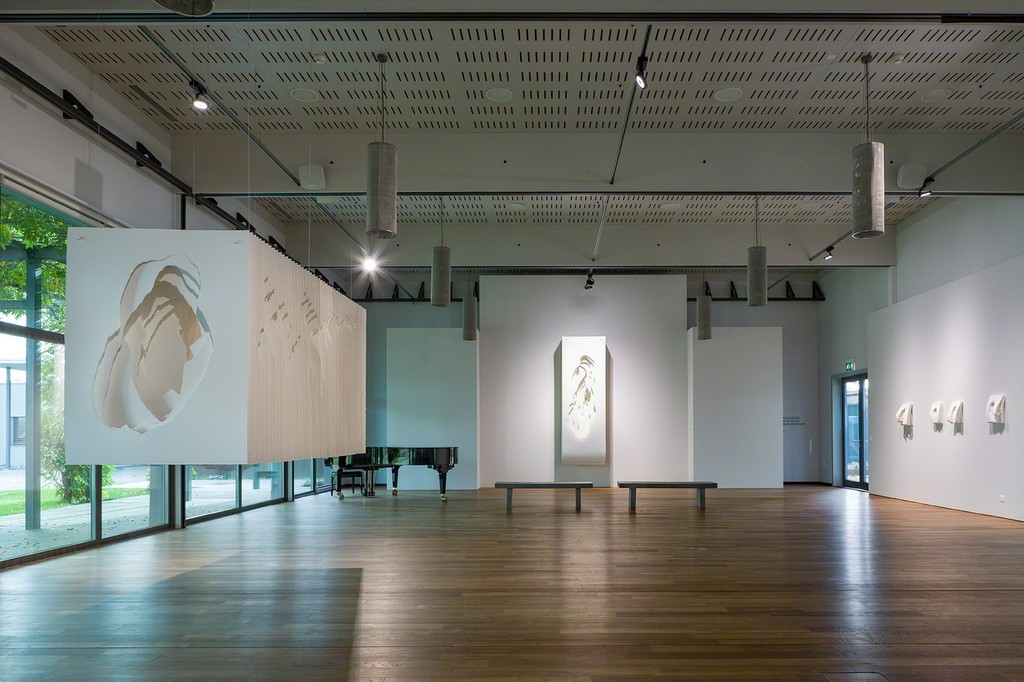 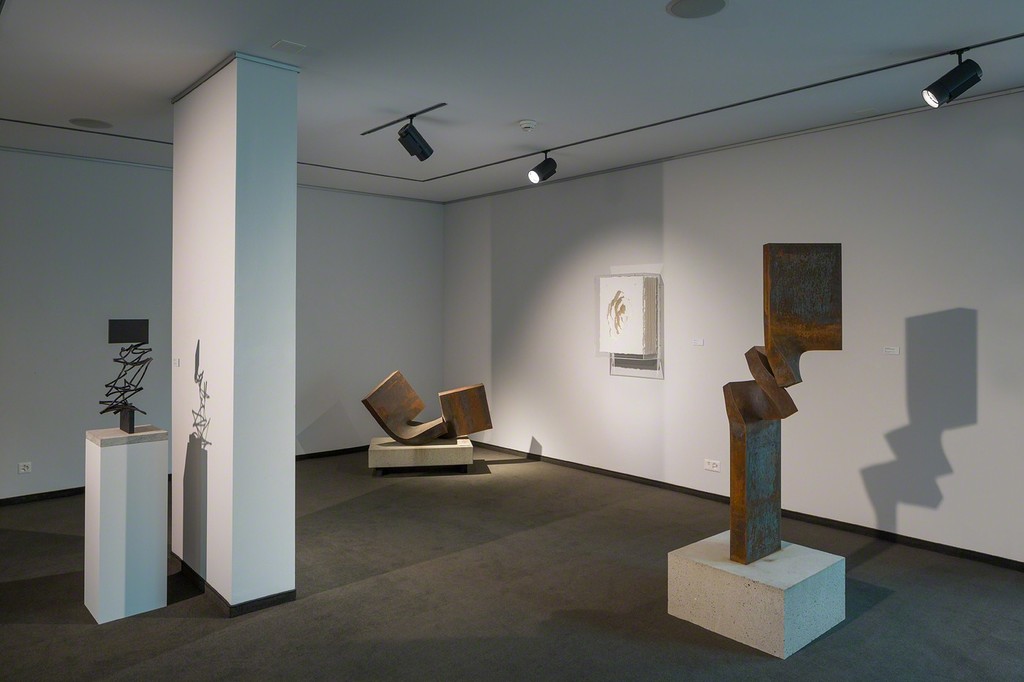 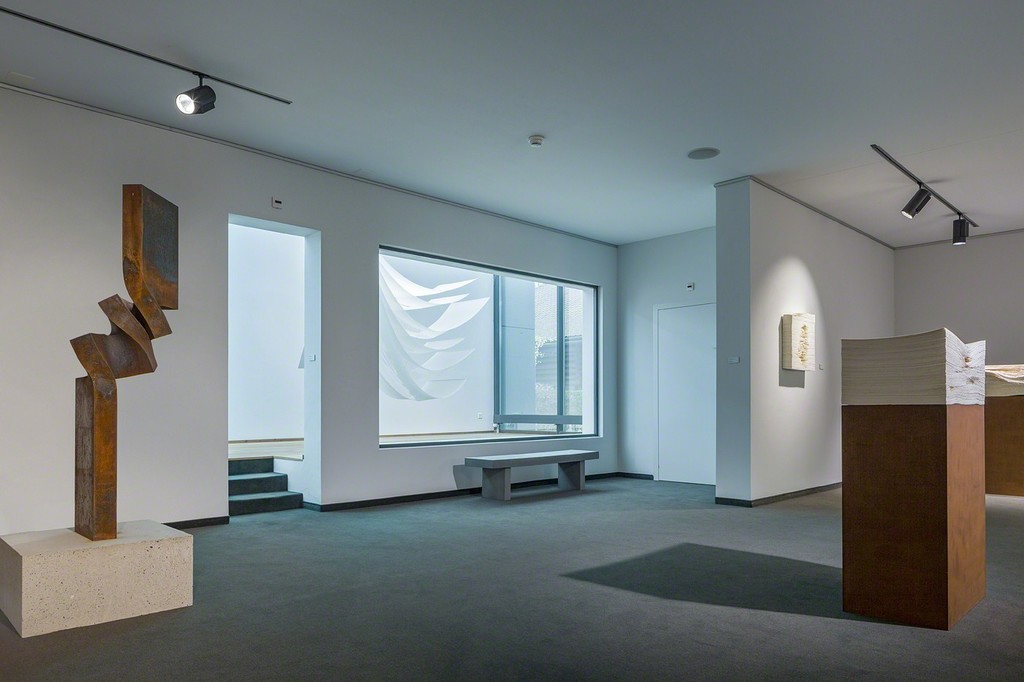 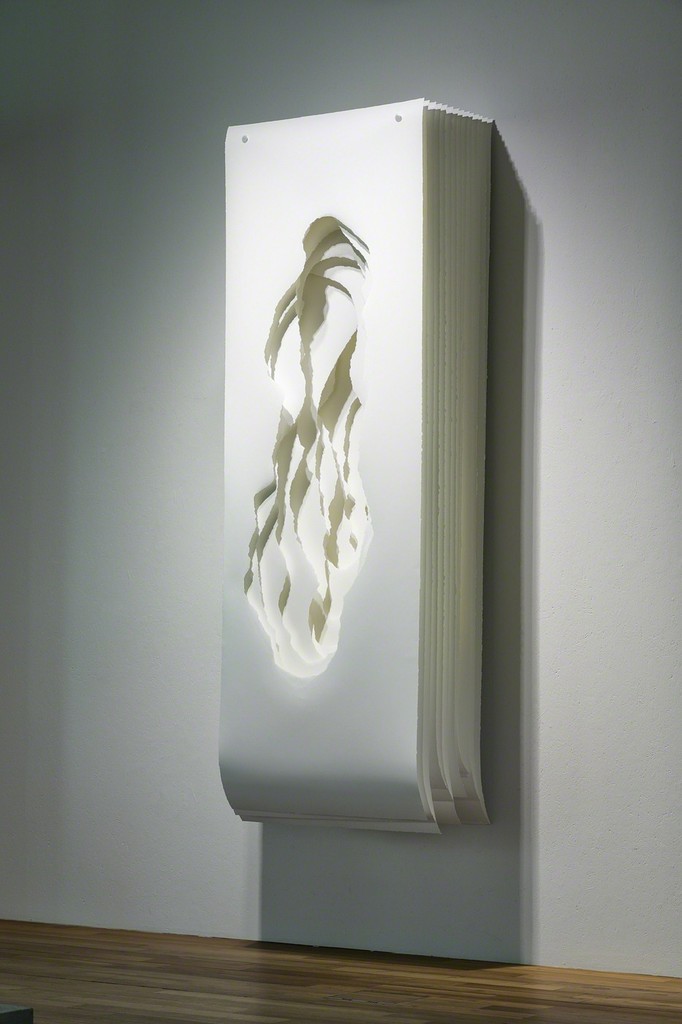 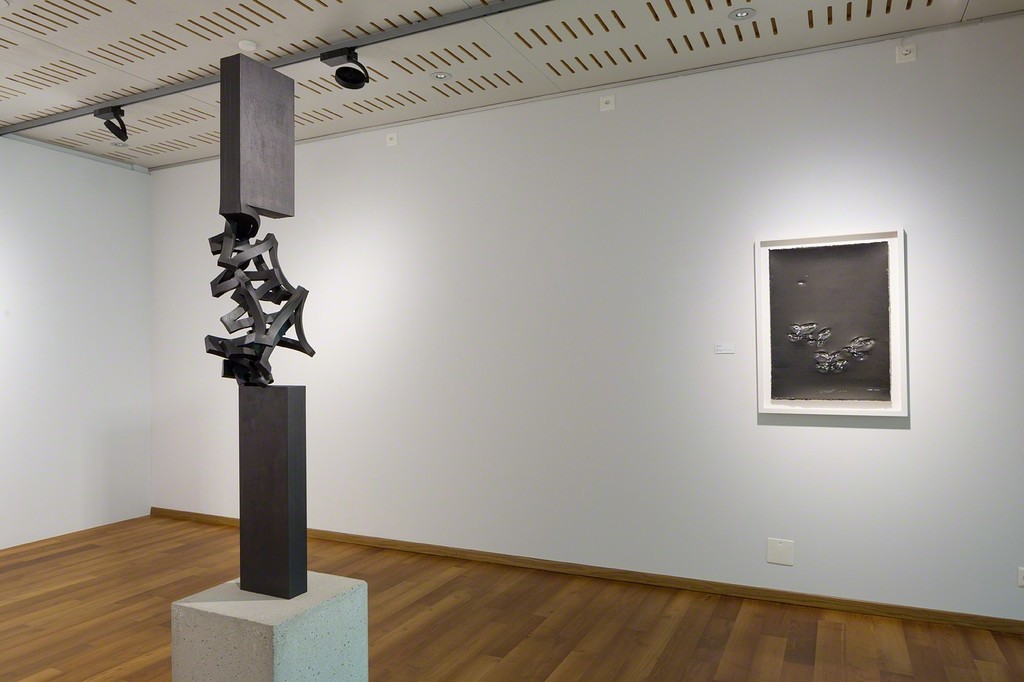 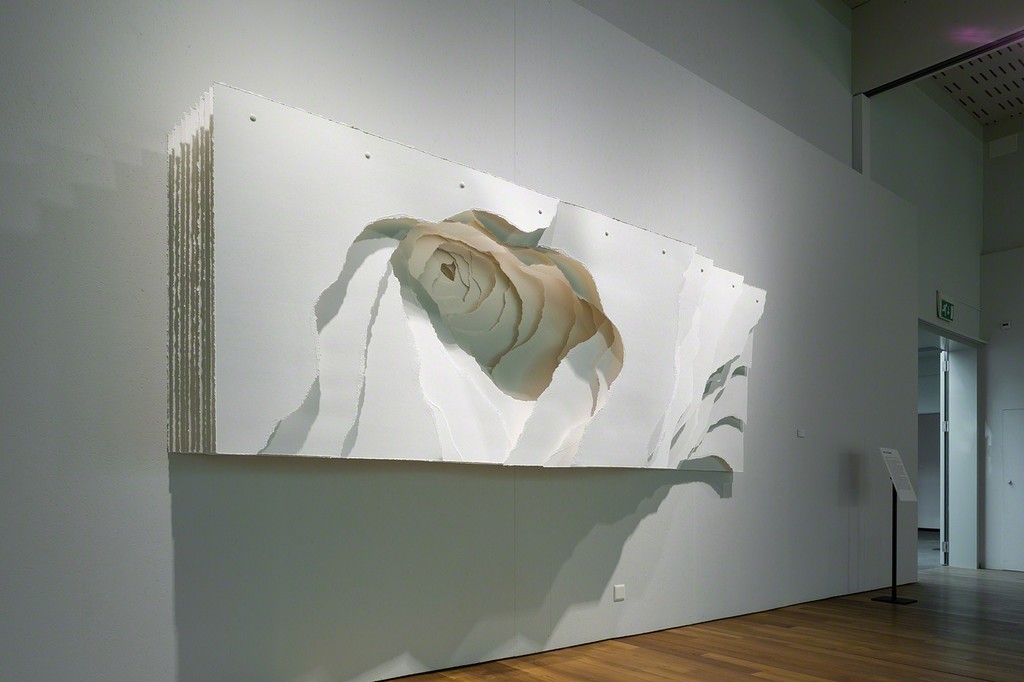 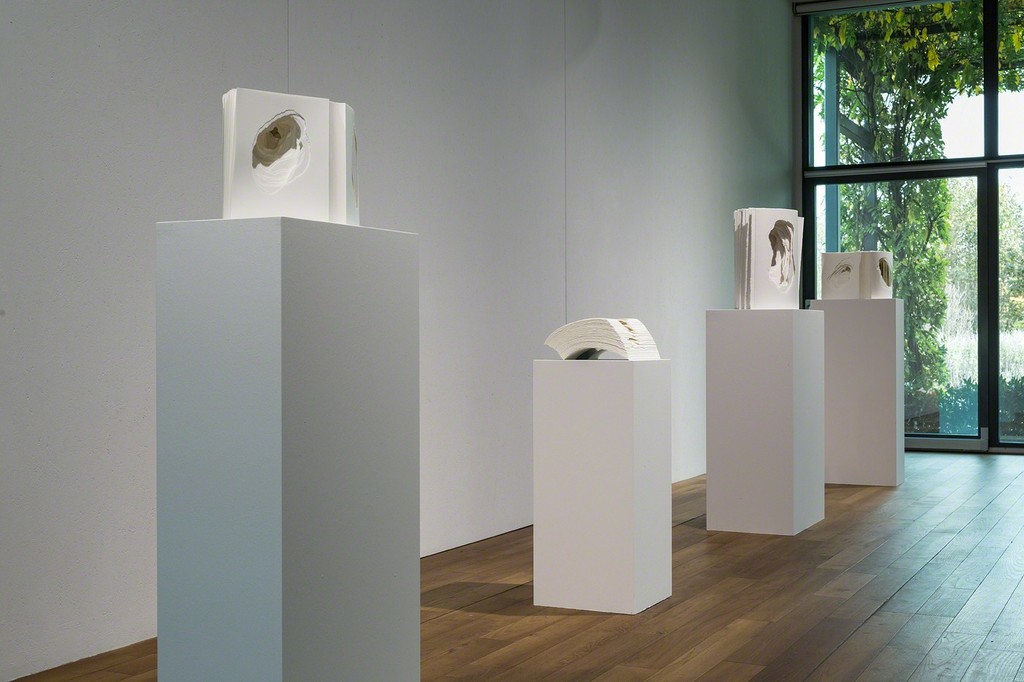 At first glance, Angela Glajcar’s artworks made out of apparently light materials, such as paper, glass and plastic, contradictory juxtapose Thomas Röthel’s solid steal sculptures. Subtle similarities can only be recognised by taking a closer look at their artworks. Both artists likewise question the notion of heaviness and lightness, light and shade, spatial expansion and overall view. Furthermore, both artists' artworks must not be considered as figurative, but on the contrary, as self-referential oeuvres.

Glajcar’s works of paper hold an oxymoron, as they appear to be fragile and light, but due to their wide expansion, they inherently suggest heaviness. A similar contrast can be identified within Röthels sculptures; he transforms solid steal into delicate, seemingly fragile plastics.

All of their artworks vary according to the perspective they are perceived from, therefore they are constantly subtly influenced by different lights and spatial perception. Some of the artworks were deliberately created for this exhibition at bromer kunst.