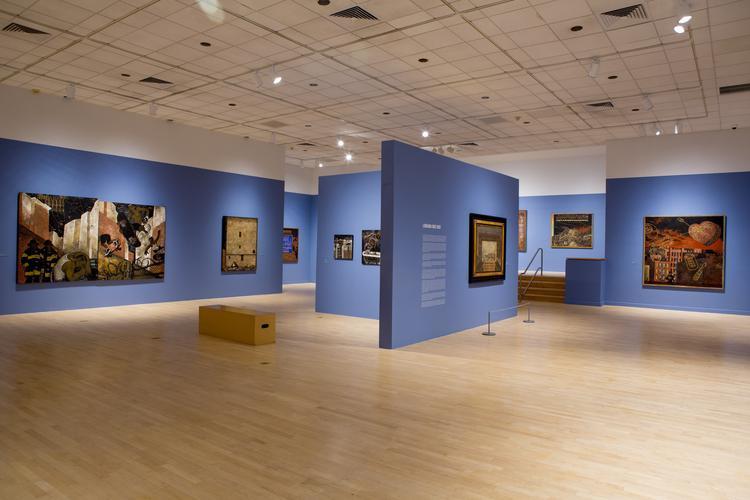 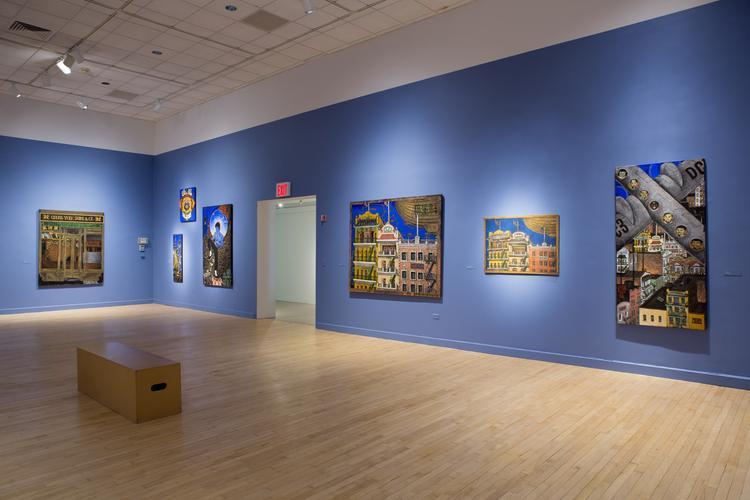 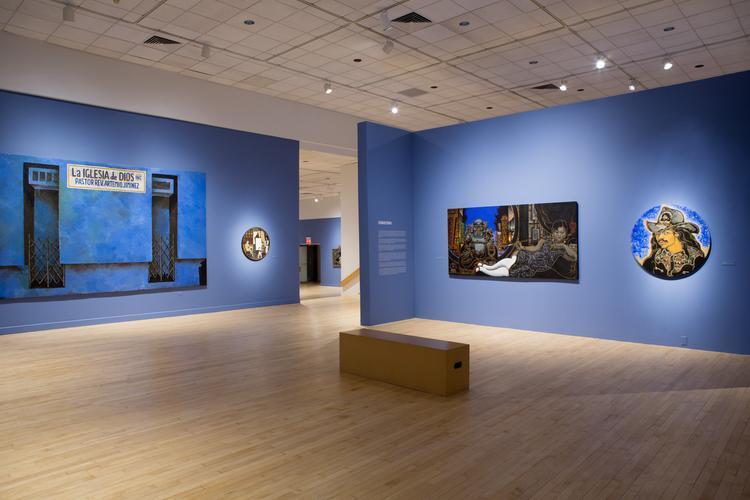 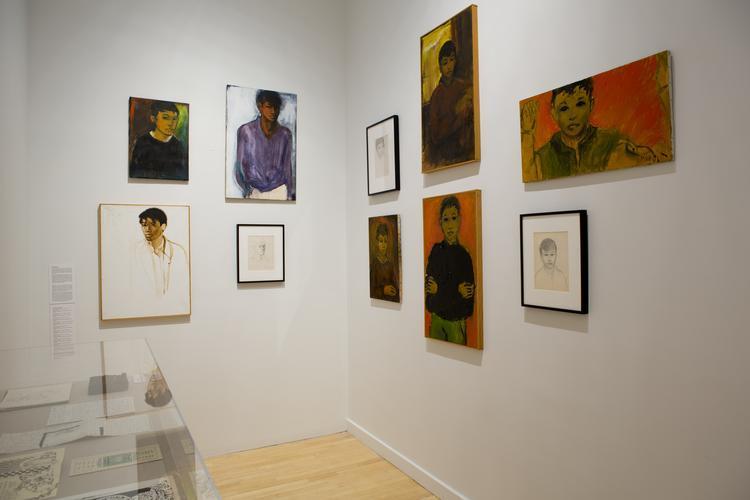 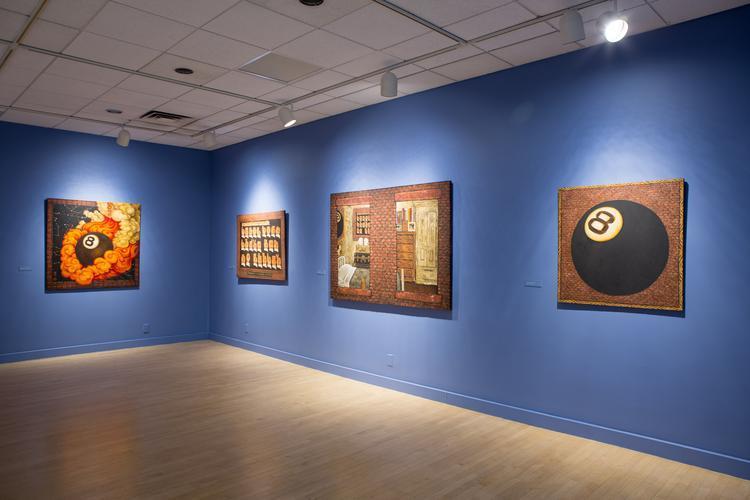 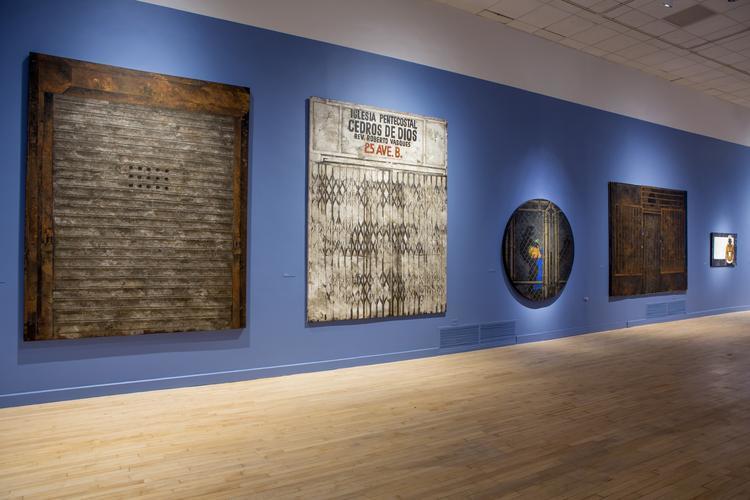 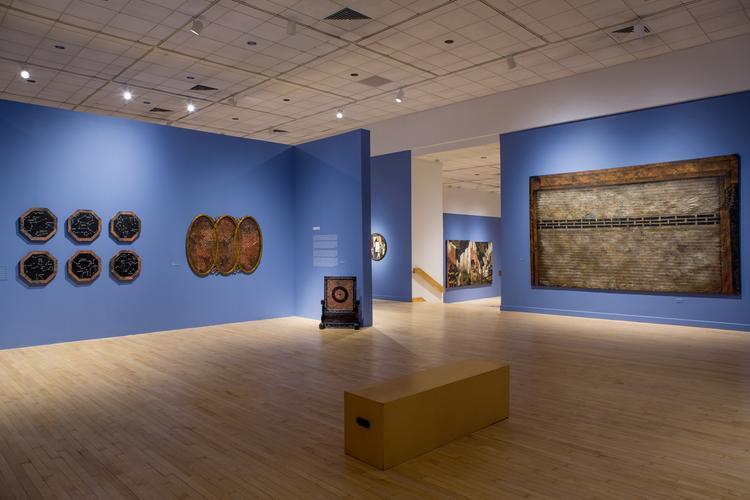 Bronx New York—August 19, 2015—This fall The Bronx Museum of the Arts will feature a major retrospective of the work of Martin Wong, examining the trajectory of the artist’s career. Through more than 100 works, as well as rarely seen archival materials, Human Instamatic will explore Wong’s textured presentation of the communities in which he lived, his role in the artistic and cultural ferment of the East Village and the Lower East Side of the 1980s, and works he created in San Francisco at the end of his tragically shortened life. The exhibition, organized by Director of Curatorial and Education Programs Sergio Bessa and Adjunct Curator Yasmin Ramírez, will be on view from November 5, 2015 – February 14, 2016.

“Martin Wong boldly defied the notion of boundary,” said Holly Block, Executive Director of The Bronx Museum of the Arts. “As an artist, he overhauled assumptions that a painter is defined by their identity. Within his work he embraced the complexity and hybrid nature of urban culture—mixing everything from graffiti and Chinese calligraphy, to West Coast and East Coast styles, to star constellations and crumbling tenement walls of the Lower East Side. We are looking forward to finally examining his entire career at the Bronx Museum, and to sharing his work once again with one of the cities he called home.”

Human Instamatic offers a new assessment of Wong’s full career. The exhibition will examine:
• The artist’s early work in 1970s San Francisco—highlighting the beginning of his transition from working in ceramics and poetry to painting, his designs for the gay street performance groups the Cockettes and the Angels of Light, and his first portraits, which he originally sold under the nickname “Human Instamatic.”
• Wong’s later career in the 1980s and the early 90s in New York—showcasing his place in the East Village artistic burgeoning of that period, his documentation of the vibrant, resilient, and multi-ethnic communities facing displacement on the Lower East Side, as well as his growing relationship with underground poet and writer Miguel Piñero. In the early 1990s, Wong revisited his Chinese and Chinese-American identity and combined disparate elements including classical Chinese artistic traditions and the products of pop culture, such as Chinatown gift shop souvenirs and depictions of Bruce Lee.
• The final stage of Wong’s career—when he was ill with AIDS-related complications and returned home to San Francisco. There he created, among other works, an enigmatic series of paintings depicting potted cacti that his mother kept in the backyard of the family’s home.

“The connection to community is vivid in all of Martin Wong’s paintings, and it is clear that he was deeply impacted by both the people surrounding him and the images that were a part of his daily life,” said Sergio Bessa. “This retrospective will enable visitors to explore the layers that made Martin Wong who he was both as an artist and a man.”

A comprehensive publication produced in collaboration with Black Dog Publishing will accompany this exhibition, and it will include essays by Julie Ault, Sergio Bessa, Benjamin Binstock, Dan Cameron, and John Yau. This fully illustrated catalog will feature ample archival material from the Martin Wong Collection at Fales Library, New York University, as well as from The Estate of Martin Wong. In addition, an interview with Wong conducted by Adjunct Curator Yasmin Ramírez will be included and made accessible to the public for the first time.
The Bronx Museum will host an open house event for the exhibition on Sunday, November 8, 2016, from 3:00 p.m. – 5:00 pm.
Funding
Martin Wong: Human Instamatic is generously supported by The Andy Warhol Foundation for the Visual Arts, Henry Luce Foundation, E. Rhodes and Leona B. Carpenter Foundation, National Endowment for the Arts, Melva Bucksbaum and Raymond Learsy, Florence Wong Fie and the Martin Wong Foundation, Milton and Sally Avery Arts Foundation, Eric Diefenbach and JK Brown, and other individuals.

About Martin Wong
Born in Portland, Oregon, in 1946, Martin Wong was raised in San Francisco, California, and came of age during the city’s blossoming countercultural movement. He studied art at Humboldt State University (1964 – 1968) and after graduation worked closely with the performance art collectives Angels of Light and the Cockettes in San Francisco. Wong created elaborate sets and costumes for these collectives and documented their work from an insider’s point of view. In 1978, Wong moved to New York City, first occupying a room at Meyer's Hotel, which he described in a letter to a friend as the last remaining single-occupancy hotel at the waterfront. In 1982, he relocated to the Lower East Side until his return to San Francisco in the late '90s, when he lived with his parents while fighting AIDS-related complications. Martin Wong died in 1999.

About Sergio Bessa
Sergio Bessa is the Director of Curatorial and Educational Programs at the Bronx Museum. A concrete poetry scholar, Bessa has written numerous essays on the subject and is the author of Öyvind Fahlström—The Art of Writing. He is the editor of several volumes including Novas—Selected Writings of Haroldo de Campos, and Toward a Theory of Concrete Poetry—The Collected Writings of Mary Ellen Solt, and Beyond the Supersquare—Art and Architecture in Latin America. As a curator, Bessa has organized multiple exhibitions including the 3rd Trienal Poli/Grafica de San Juan (in collaboration with Deborah Cullen), 2012; Intersections—The Grand Concourse at 100 (2009), Joan Semmel—A Lucid Eye (2013), Paulo Bruscky—Art is our Last Hope (2013), and Three Photographers from the Bronx: Jules Aarons, Morton Broffman, and Joe Conzo (2015) at the Bronx Museum.

About Yasmin Ramírez
Yasmin Ramírez holds a Ph.D. in Art History from the Graduate Center of the City of New York. Currently Adjunct Curator at The Bronx Museum of the Arts, Ramírez’s prior institutional affiliations include: The Center for Puerto Rican Studies, Hunter College; El Museo del Barrio; The Studio Museum in Harlem; The Caribbean Culture Center; and Taller Boricua. Ramírez is the co-curator of The Bronx Museum of the Arts’ exhibition ¡Presente!: The Young Lords in New York, currently on view through October 18, 2015. She has organized numerous other exhibitions and panels, notably The Puerto Rican Art Workers and the Construction of the Nuyorican Art Movement (2014), Re-Membering Loisaida: On Archiving and the Lure of the Retro Lens (2009), and Esto A Veces Tiene Nombre: [email protected] Art Collectives in a Post-Movement Millennium (2008). Among Ramírez’s published essays are: Snap Shots: A Short History of the Association of Hispanic Arts (2013), The Creative Class of Color in New York (2009), The Activist Legacy of Puerto Rican Artists in New York and the Art Heritage of Puerto Rico (2007). She serves on the national steering committee of the biennial conference, Latino Art Now, and the advisory board of the book series A Ver: Revisioning Art History. In her former position as a research associate at The Center for Puerto Rican Studies, Hunter College, Ramírez oversaw the digitization of works on paper and writings on Puerto Rican artists in New York through a partnership with The International Center for Arts of the Americas, Museum of Fine Arts, Houston.

About The Bronx Museum of the Arts
The Bronx Museum of the Arts is an internationally recognized cultural destination that presents innovative contemporary art exhibitions and education programs and is committed to promoting cross-cultural dialogues for diverse audiences. Since its founding in 1971, the Museum has played a vital role in the Bronx by helping to make art accessible to the entire community and connecting with local schools, artists, teens, and families through its robust education initiatives. In celebration of its 40th anniversary, the Museum implemented a universal free admission policy, supporting its mission to make arts experiences available to all audiences. The Museum’s collection comprises over 1,000 modern and contemporary artworks in all media with a focus on works by artists of African, Asian, and Latin-American ancestry, as well as artists for whom the Bronx has been critical to their development. Located on the Grand Concourse, the Museum’s home is a distinctive contemporary landmark designed by the internationally recognized firm Arquitectonica.