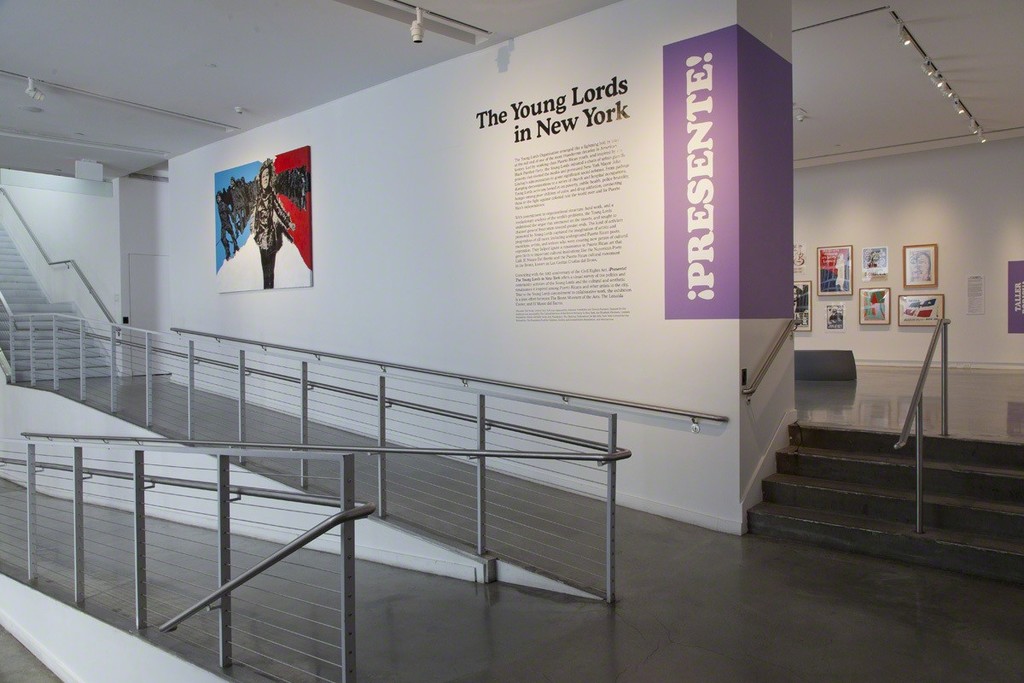 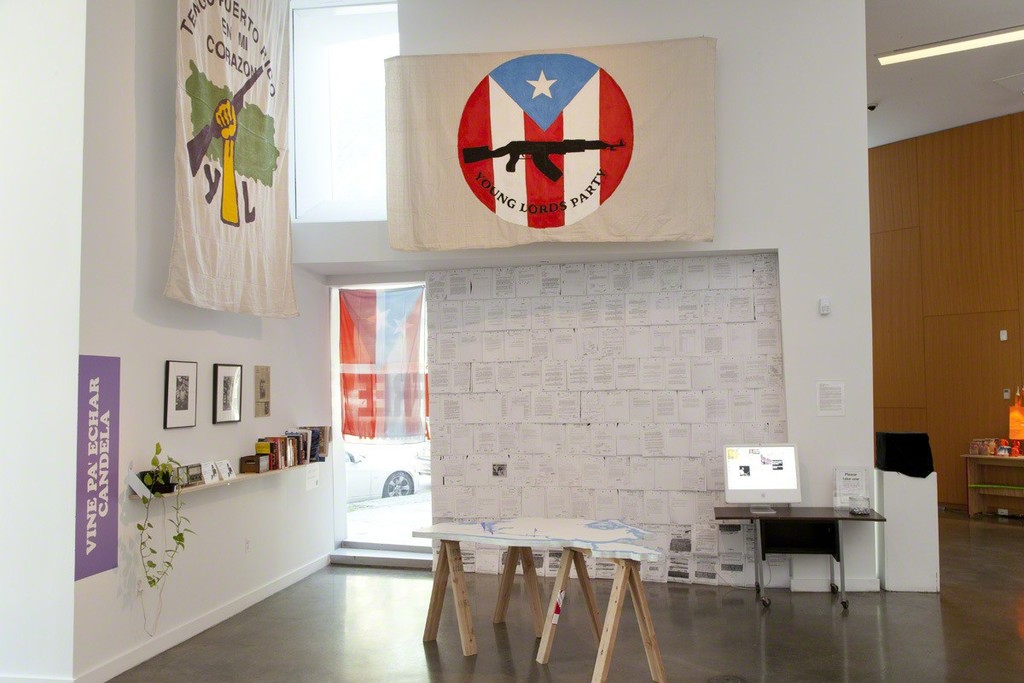 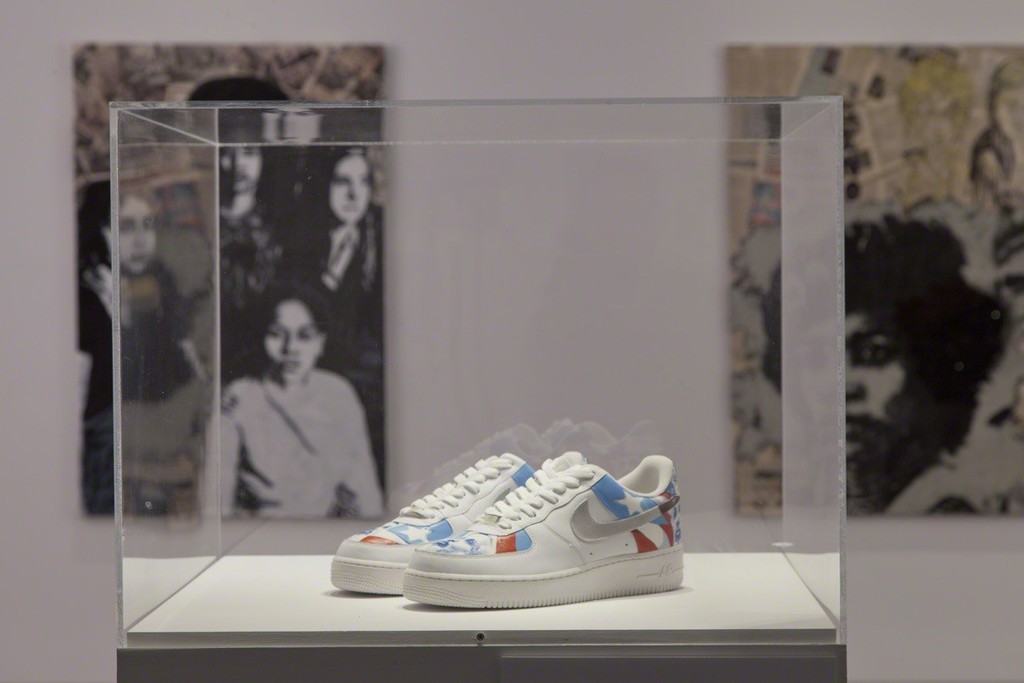 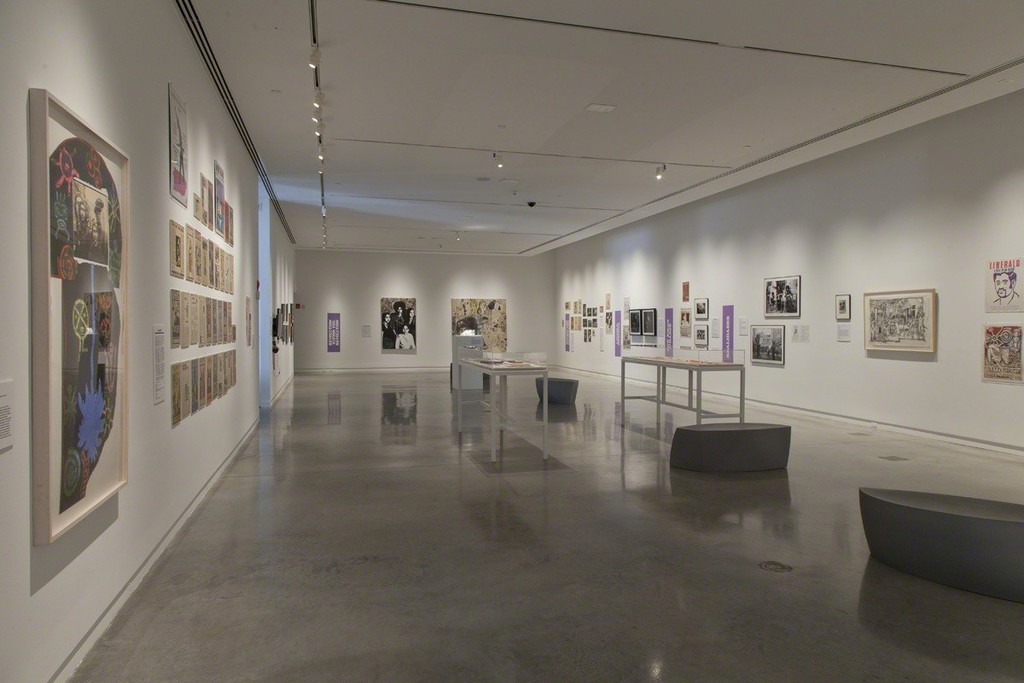 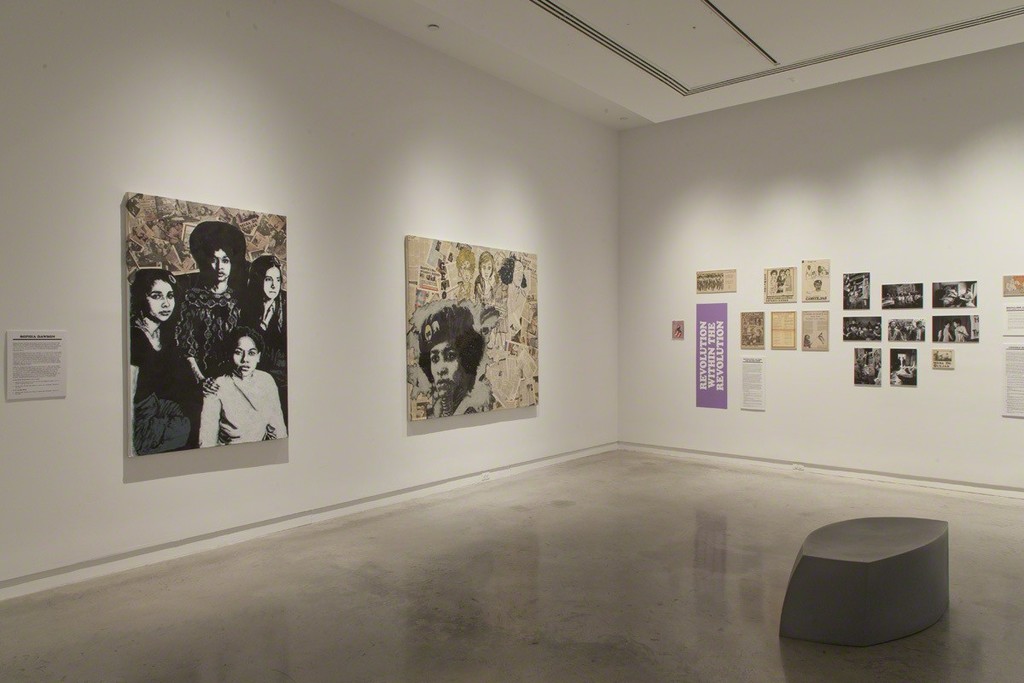 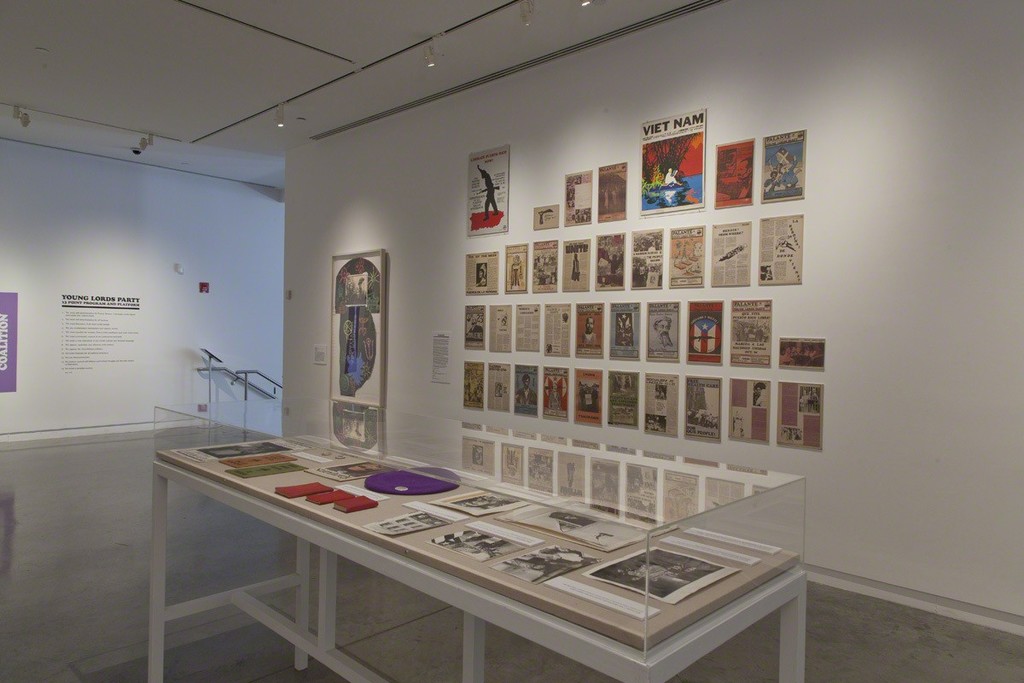 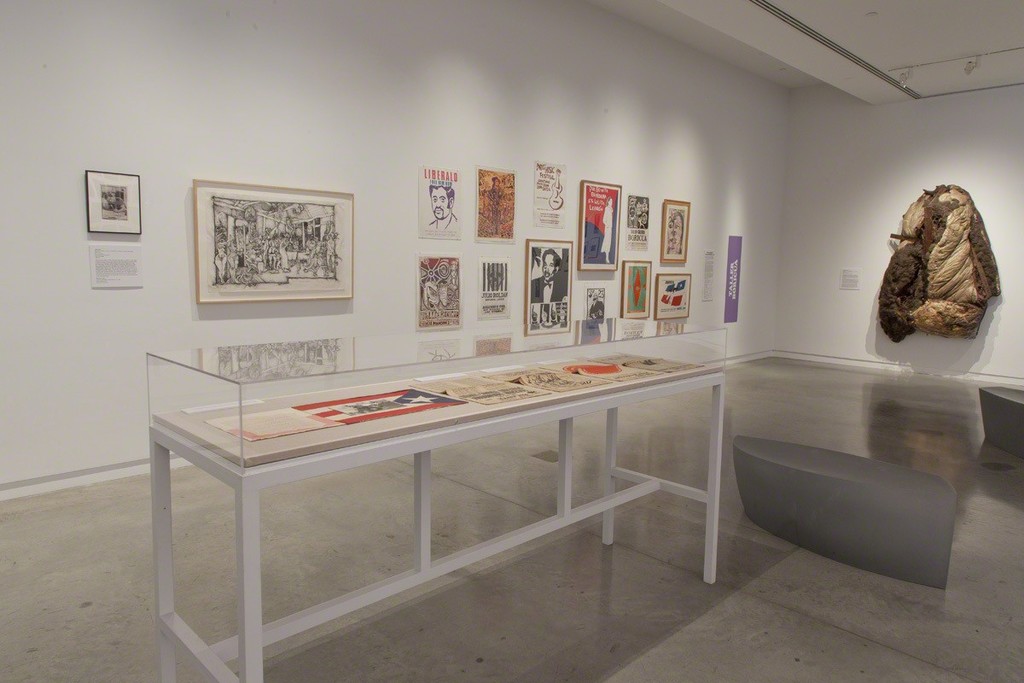 The Bronx Museum of the Arts organized a multi-venue artistic and cultural survey of The Young Lords Organization—a radical social activist group founded by Puerto Rican youth in the 1960s that demanded reform in health care, education, housing, employment, and policing. Exhibitions of art and archival materials at three cultural institutions in New York City explored how the Young Lords’ activities, community-focused initiatives, and their affirmation of Puerto Rican identity inspired artists from the 1960s to the present day, and had a major impact on the City and the social history of the United States.

¡Presente! The Young Lords in New York was exhibited at The Bronx Museum of the Arts (July 2 – October 18, 2015), El Museo del Barrio (July 22 - December 12, 2015), and Loisaida Inc. (July 30 – December 1, 2015). The initiative included public and educational programs across partnering venues to build awareness of the Young Lords’ innovative contributions to the struggle for civil rights and influence on contemporary artists, and to spark conversations about grassroots community activism today. The institutions partnering in ¡Presente! The Young Lords in New York were all located in neighborhoods where the Young Lords were most active, and each exhibition reflects on the Young Lords’ activities in that part of the City.

“The Young Lords had a defining influence on social activism, art, and identity politics, but the lasting significance of their achievements has rarely been examined,” said The Bronx Museum’s Executive Director Holly Block. “In ¡Presente! The Young Lords in New York, The Bronx Museum will partner with El Museo del Barrio and Loisaida Inc. to explore the Young Lord’s cultural impact in New York and the country at large. The issues the Young Lords struggled with are still timely, and their aesthetic and cultural vision still inspires both artists and community leaders today. We’re pleased to work with our partner institutions to bring this story to the public.”

The Bronx Museum of the Arts
¡Presente! The Young Lords in New York at The Bronx Museum was organized by guest curator, scholar and professor Johanna Fernández and adjunct curator Yasmin Ramírez. The exhibition featured more than 50 works, including paintings, installations, photographs, films, and rare archival materials that highlight the presence of women in the Young Lords, the struggle for equal representation of Latinos in the media, and community actions in the South Bronx—from the takeover of Lincoln Hospital in The Bronx and the implementation of a holistic drug detox program, to the publication of a bilingual newspaper Pa’lante.

Highlights of the exhibition at the Bronx Museum included:
-An artistic reconstruction of the Bronx office of the Young Lords by curator Johanna Fernández and Bronx-based artist Hatuey Ramos-Fermín.
-An overview of the Young Lords influence on artistic activism and production in New York featuring works in The Bronx Museum of the Arts permanent collection curated by Yasmin Ramírez.
-An installation dedicated to the women in the Young Lords organized in collaboration with artist Sophia Dawson and members of Young Lords Women’s Caucus.
-A rotating screening room with rarely-seen films featuring the Young Lords and their
contemporaries.
-Free reproductions of the one-year anniversary issue of Pa’lante for visitors to take.

El Museo del Barrio
The exhibition at El Museo del Barrio will display work related to the Young Lords’ work in East Harlem—including the organization’s series of theatrical garbage-dumping protests and their peaceful occupation of the First People’s Church.

About the Young Lords Organization
Influenced by the Black Panthers and grassroots protests against the Vietnam War, the Young Lords were a radical social organization led by poor and working-class Puerto Rican youth in the 1960s. The Lords built a nationwide movement to address the social issues afflicting their communities—such as education, health care, affordable housing, high unemployment, and police brutality. The Young Lords’ activities were innovative, highly effective, and often resulted in legal mandates that institutionalized their policies.

In New York, the Young Lords’ actions included theatrical garbage-dumping protests in East Harlem and a series of audacious church and hospital occupations. In East Harlem and the South Bronx, where the Young Lords were highly active, the organization tested residential areas for lead poisoning, provided breakfast for schoolchildren, and demanded a “13 Point Program” calling for an end to discrimination, police brutality, and mass incarceration. Among other victories, the Young Lords’ activities led to a formulation of a patient’s bill of rights, the passing of new housing legislation, and the building of a new hospital complex in the Bronx.

About Johanna Fernández
Johanna Fernández holds a Ph.D. in History from Columbia University and a B.A. in Literature and American Studies from Brown University. She is a former Fulbright Scholar to Jordan and Assistant Professor of History at Baruch College of the City University of New York, where she teaches 20th-Century U.S. History and African American History. Professor Fernández has written numerous articles on the Young Lords and is author of the forthcoming When the World Was Their Stage: A History of the Young Lords Party, 1968–1976 (Princeton University Press). She is editor of Writing on the Wall, Selected Prison Writings of Mumia Abu-Jamal (City Lights, 2015) and the writer and producer of the
film, Justice on Trial: the Case of Mumia Abu-Jamal. Her writings have been published internationally, from Al Jazeera to the Huffington Post. She gives interviews often and has appeared in a diverse range of print, radio, online, and televised media including Democracy Now! With Amy Goodman, the Fox News shows Hannity and The Kelly File, the Spanish language HITN-TV and Telemundo 47, NPR, Al Jazeera, and The New York Times.

About Yasmin Ramírez
Yasmin Ramírez holds a Ph.D. in Art History from the Graduate Center of the City of New York. Currently Adjunct Curator at The Bronx Museum of the Arts, Dr. Ramírez’s prior institutional affiliations include: The Center for Puerto Rican Studies, Hunter College; El Museo Del Barrio; The Studio Museum in Harlem; The Caribbean Culture Center; and Taller Boricua. A scholar and curator, Dr. Ramírez has organized numerous exhibitions and panels, notably The Puerto Rican Art Workers and the Construction of the Nuyorican Art Movement (2014), Re-Membering Loisaida: On Archiving and the Lure of the Retro Lens (2009), and Esto A Veces Tiene Nombre: [email protected] Art Collectives in a Post-Movement Millennium (2008). Dr. Ramírez’s published essays include: Snap Shots: A Short History of the Association of Hispanic Arts (2013), The Creative Class of Color in New York (2009), The Activist Legacy of Puerto Rican Artists in New York and the Art Heritage of Puerto Rico (2007), and more. Dr. Ramírez serves on the national steering committee of the biennial conference, Latino Art Now, and the advisory board of the book series Aver: Revisioning Art History. In her former position as a Research Associate at The Center for Puerto Rican Studies, Hunter College, Dr. Ramírez oversaw the digitization of works on paper and writings on Puerto Rican artists in New York through a partnership with The International Center for Arts of the Americas, Museum of Fine Arts, Houston.