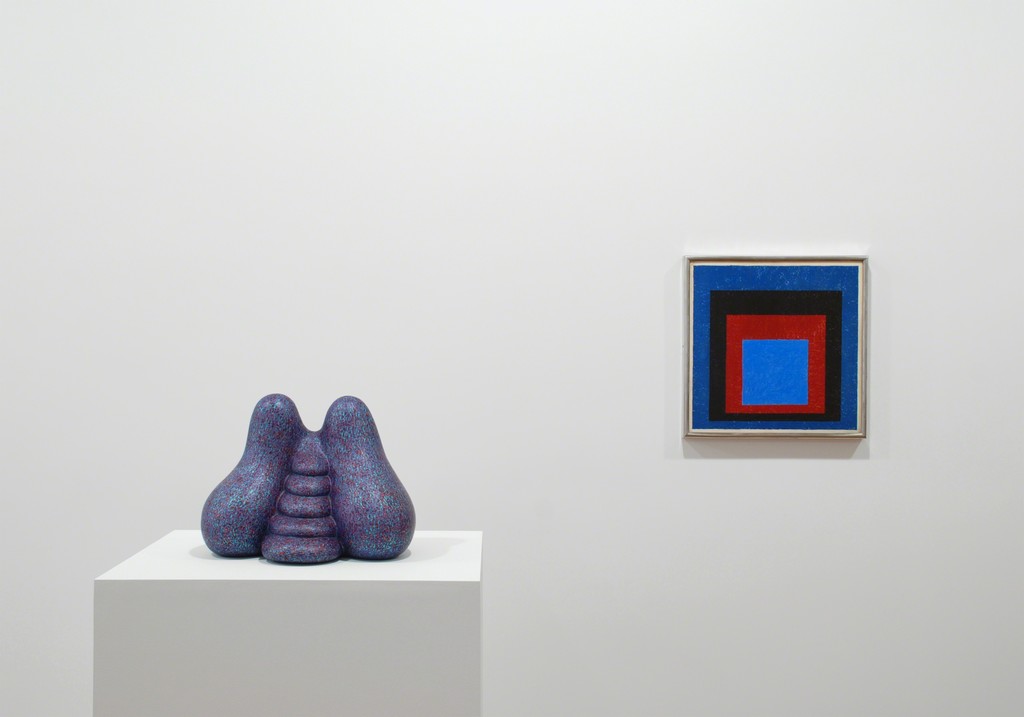 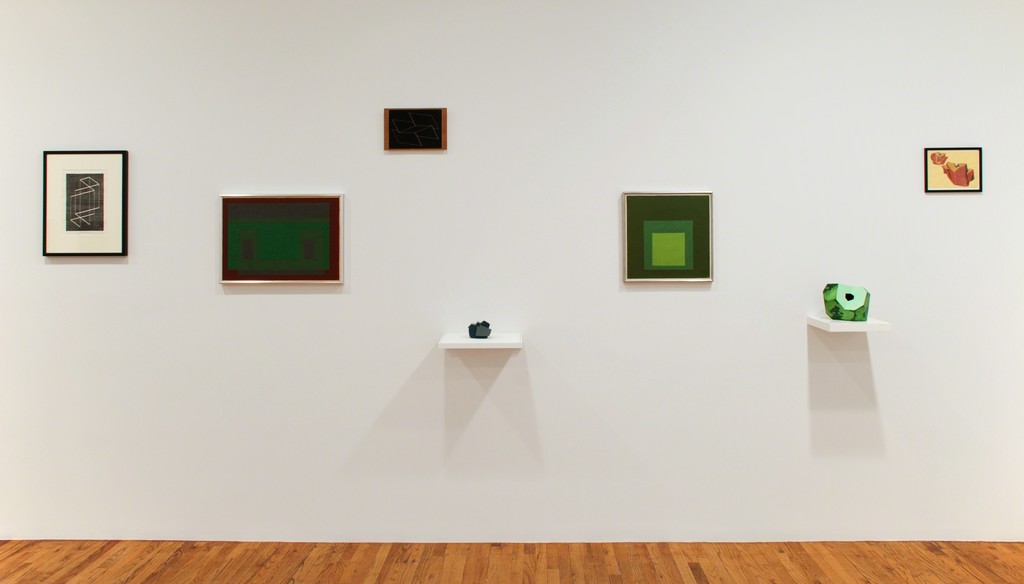 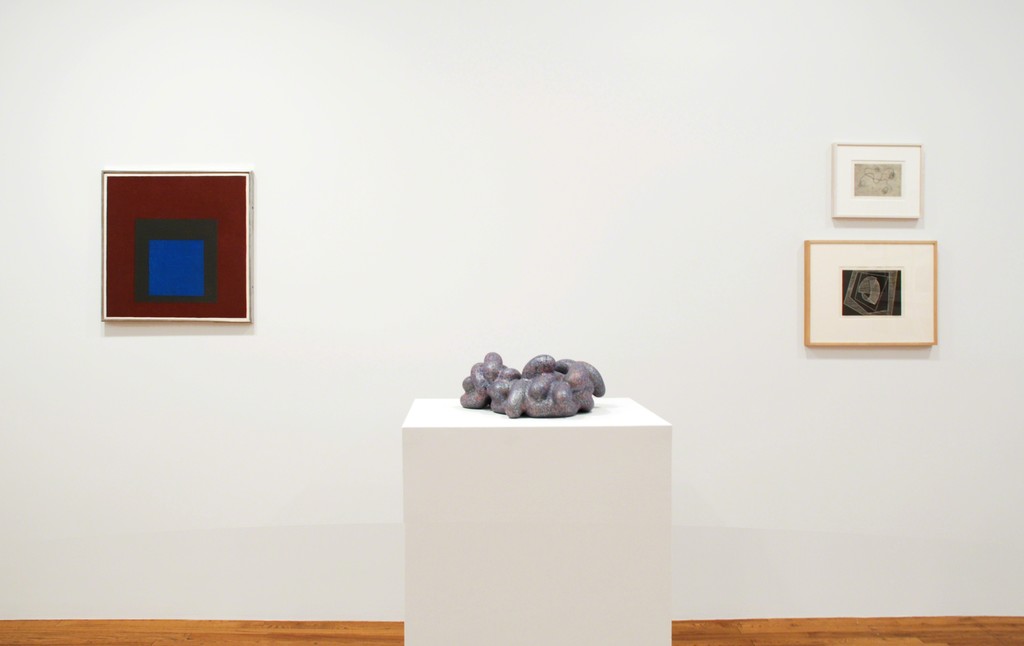 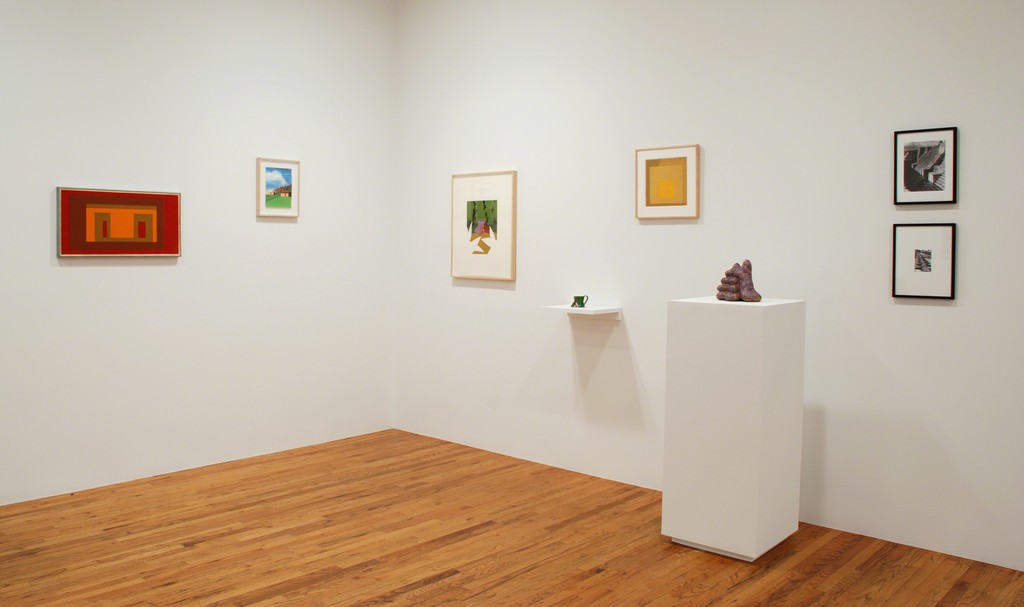 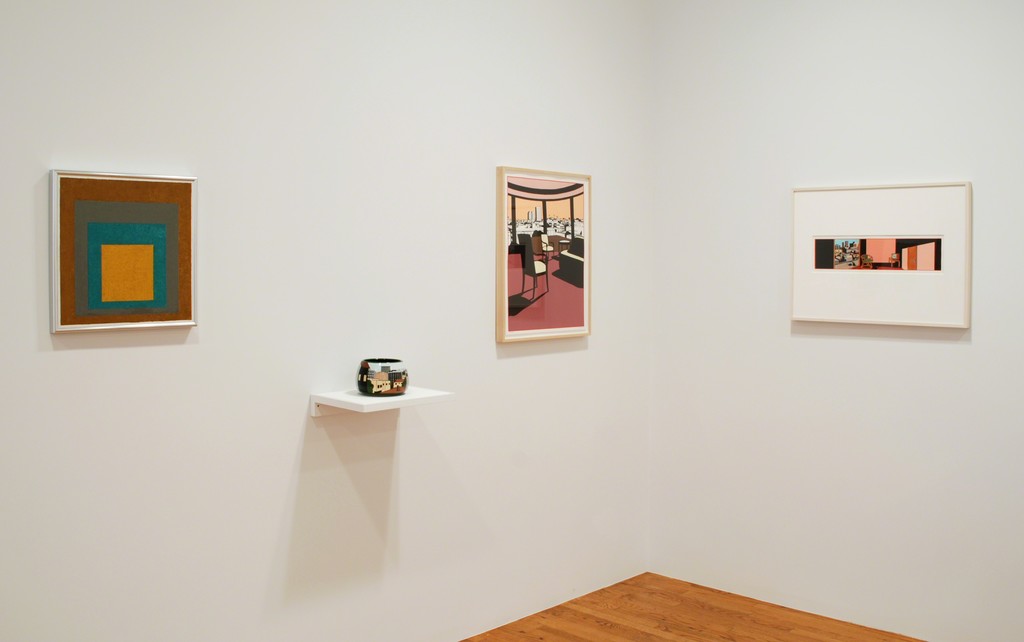 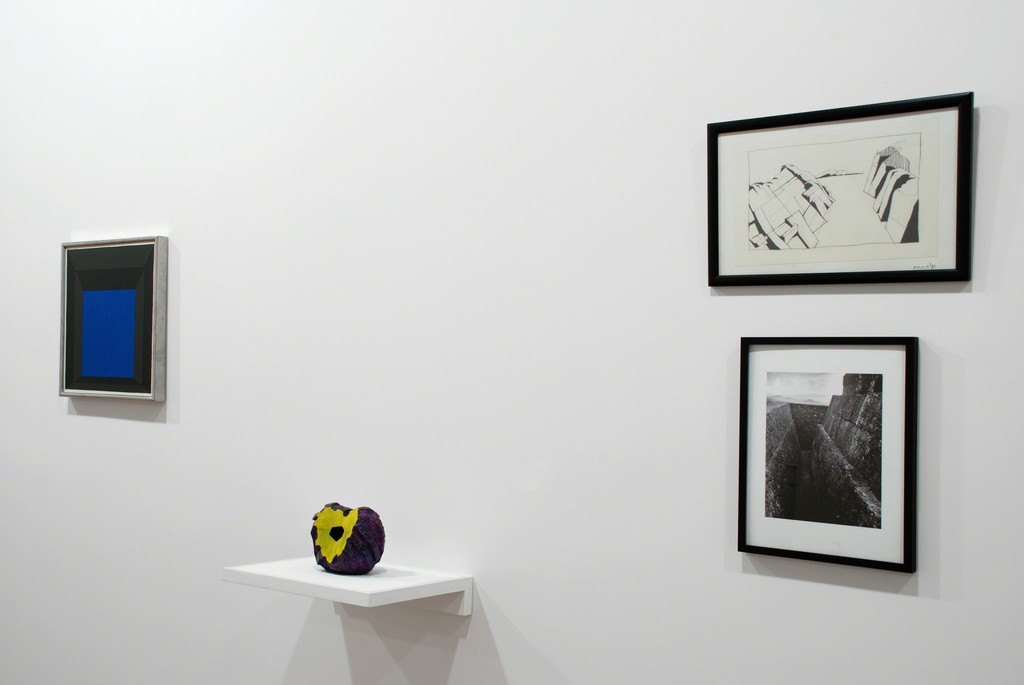 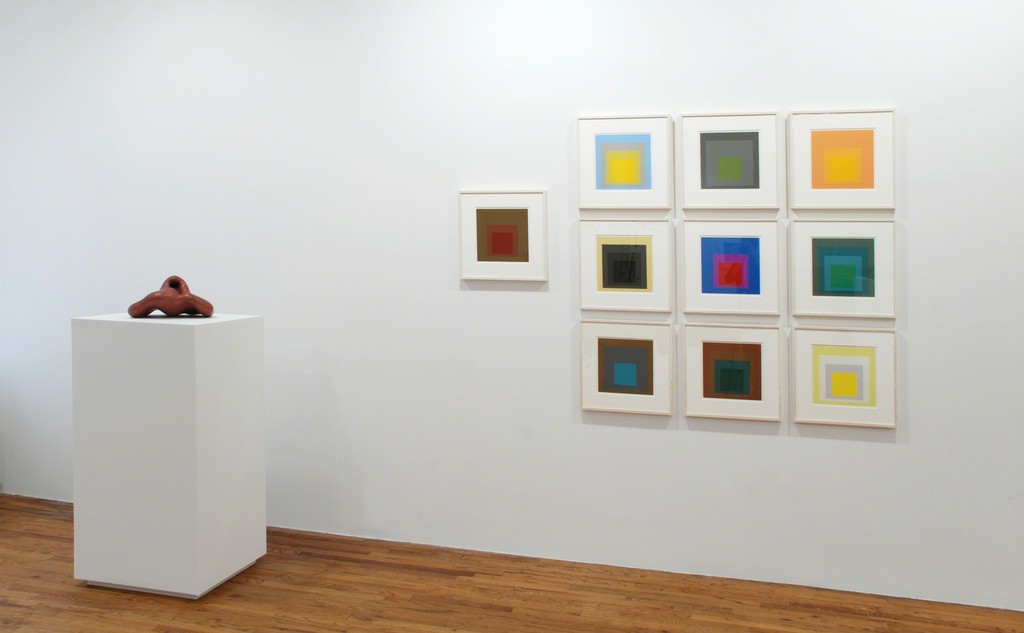 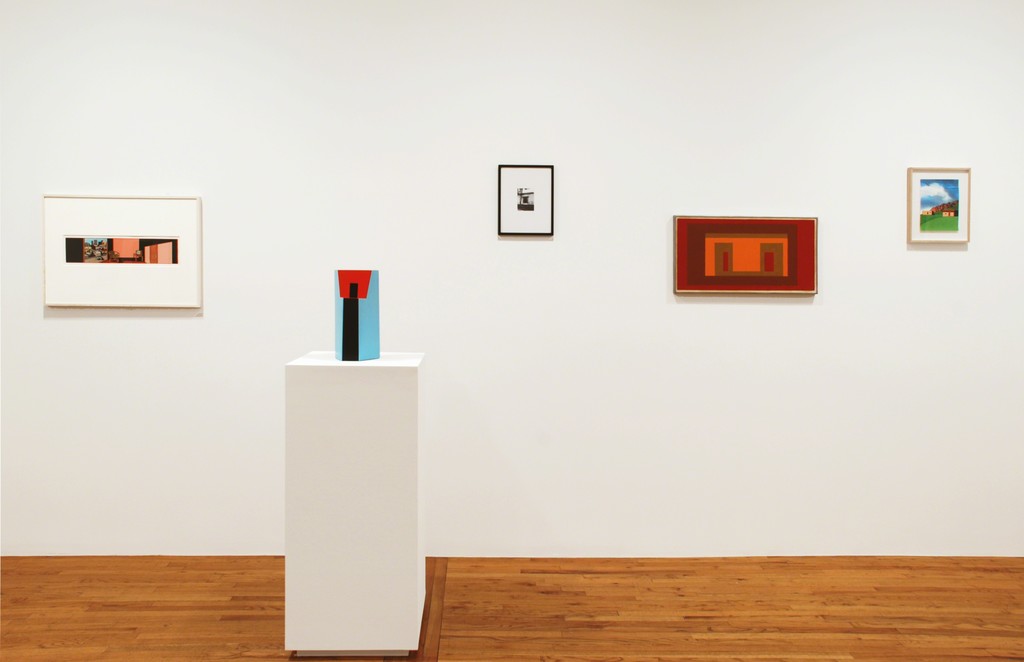 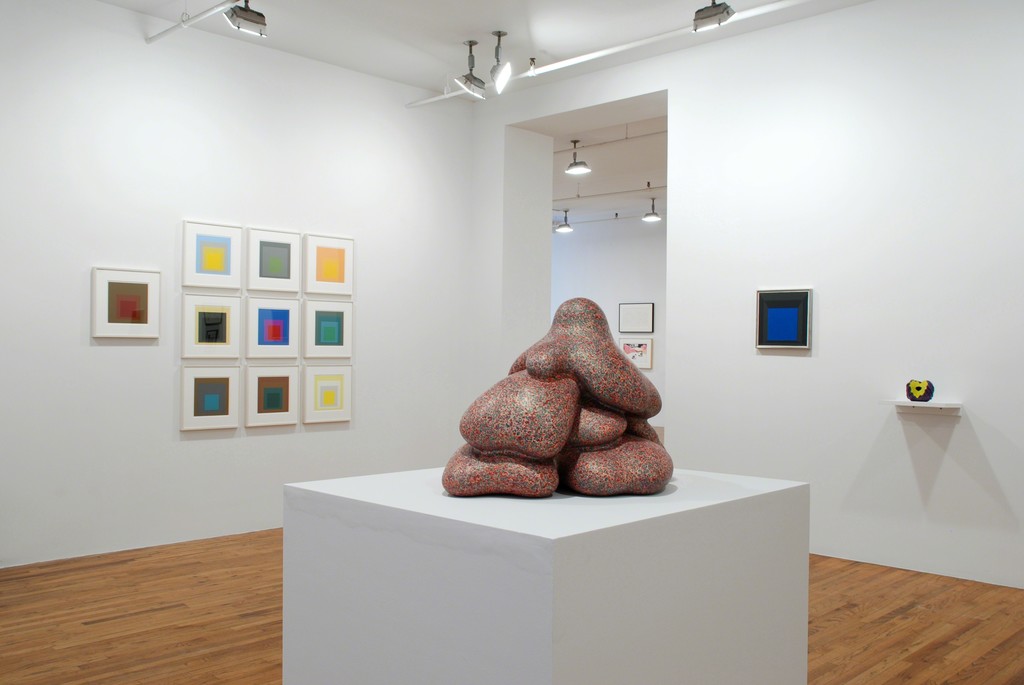 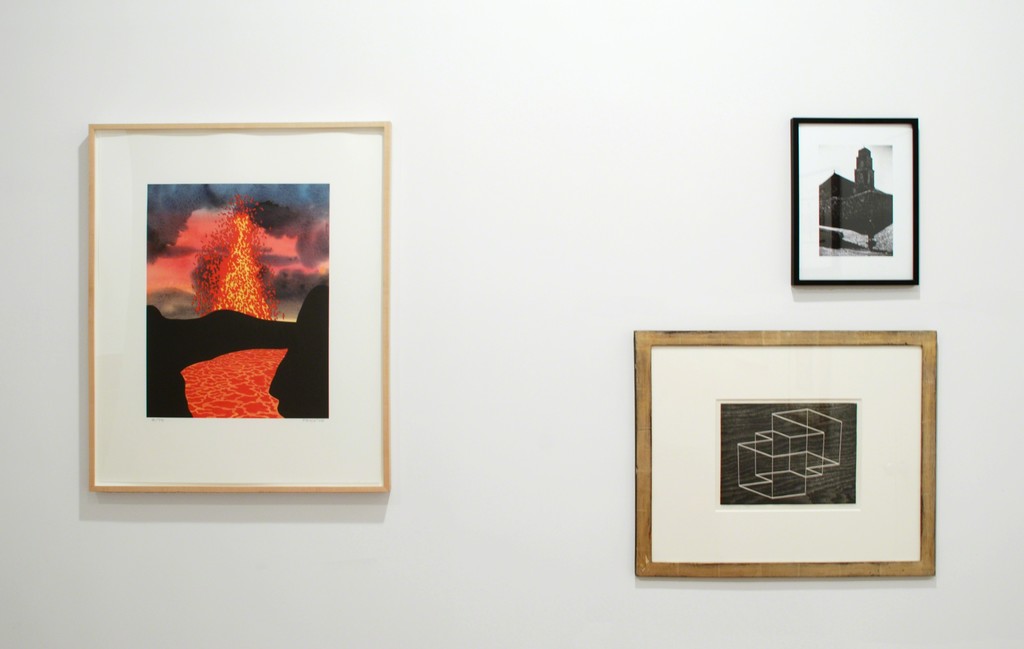 The works of Josef Albers and Ken Price reveal a similarity of sensibilities and a kind of parallel thinking that stems from a shared interest in Mexico and the American Southwest. Drawing from polar extremes of the cultural spectrum, unexpectedly the two artists arrive at complimentary forms of visual expression.

After immigrating to America in 1933, Josef Albers visited Mexico and became interested in Pre-Columbian ceramics and Mayan and Aztec structures; he focused on their underlying geometric forms and repetitive architectural motifs. These influences can be seen in his photographs of Mexico and the "Graphic Tectonic" series (1941). In the late 40's, pueblo architecture and Mayan temple facades merged with Albers' overlapping colors in a series of paintings alternatively known as Adobes or Variants.

Growing up in Los Angeles, Ken Price was surrounded by popular Mexican culture, particularly curio shop ceramics and cliched tourist graphics. In the spirit of folk pottery, Price embarked upon the ambitious project of "Happy's Curios" (1972-1977), along with numerous drawings and works on paper. Over time this spirit evolved into works such as "Hefty" (2005) that, while amorphous in shape, retain a sense of the arid and colorful landscape characteristic of the Southwest.

The work of Albers and Price connect in different and shifting ways, at times through color, other times through composition, or both. The exhibition is about the visual links through a variety of media including paintings, drawings, prints, sculptures and photographs.