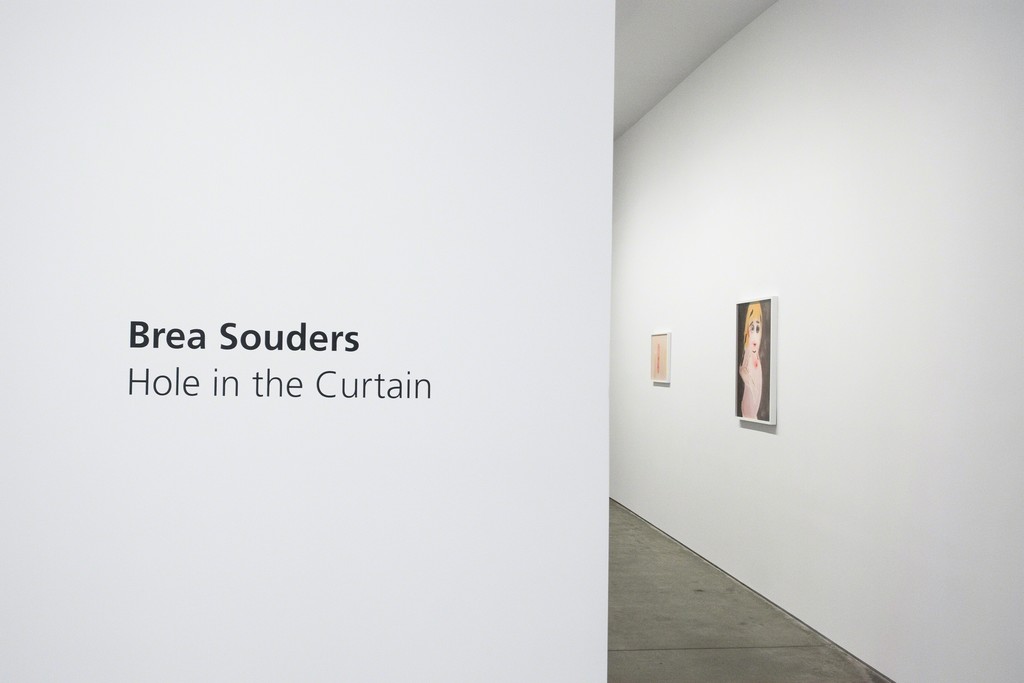 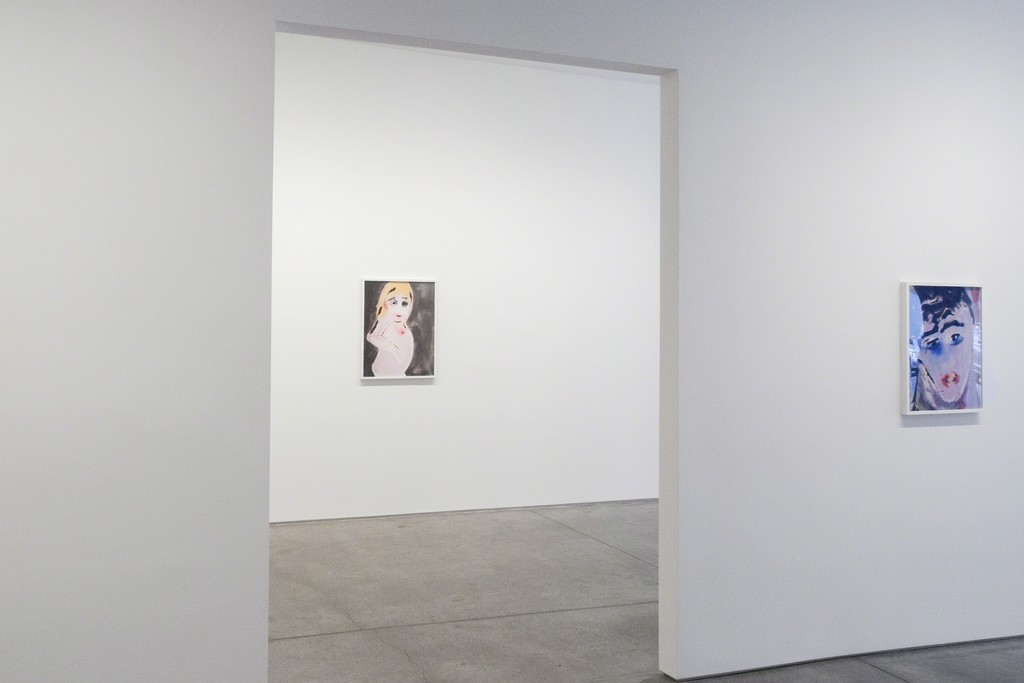 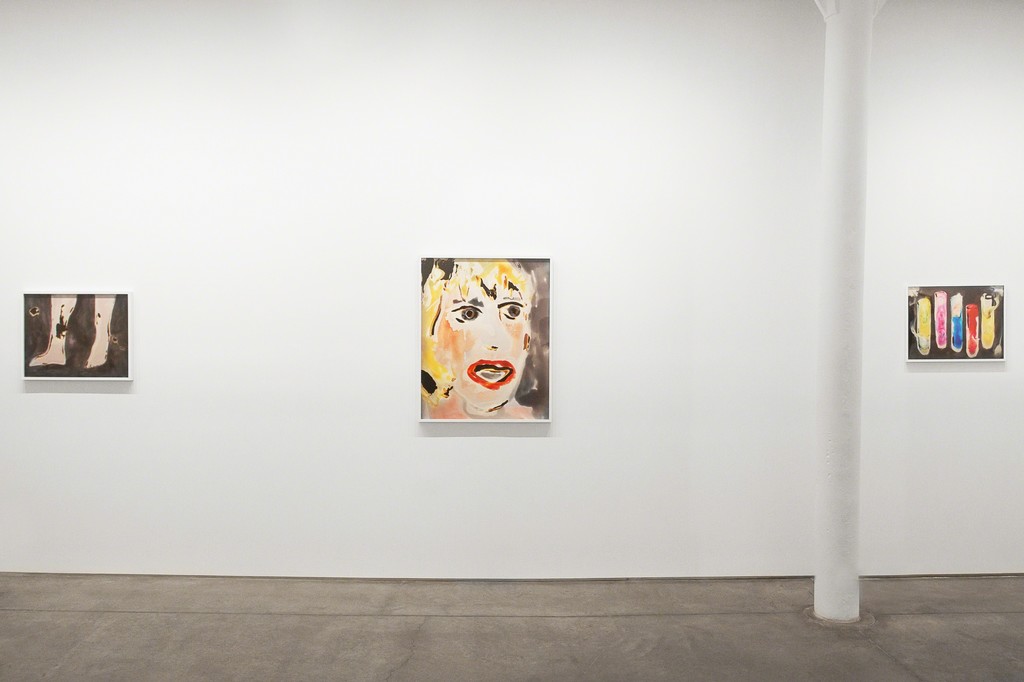 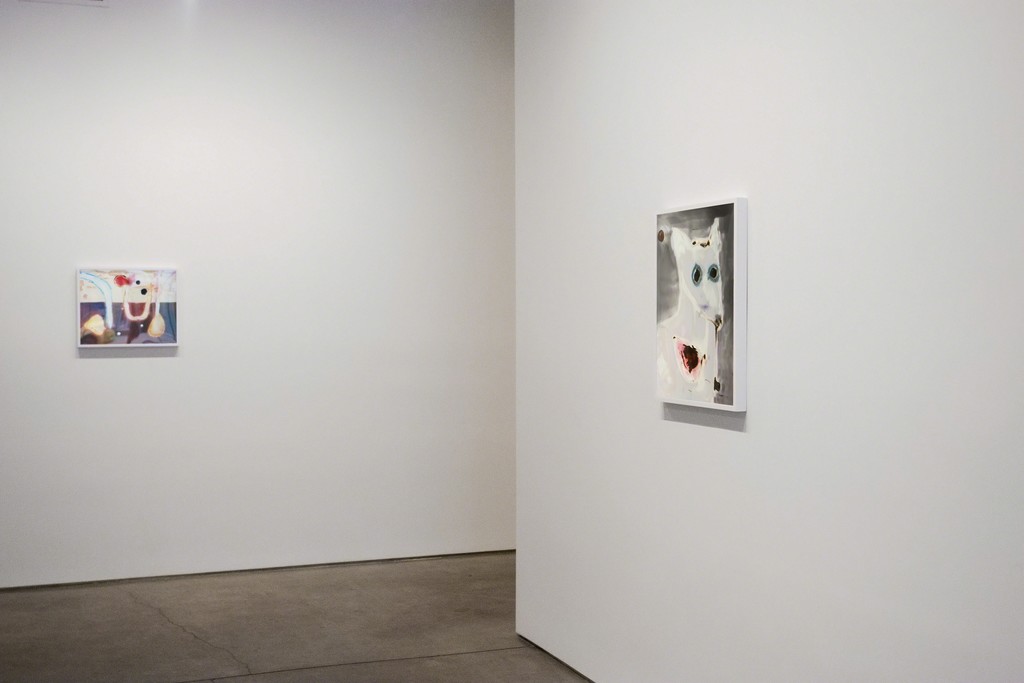 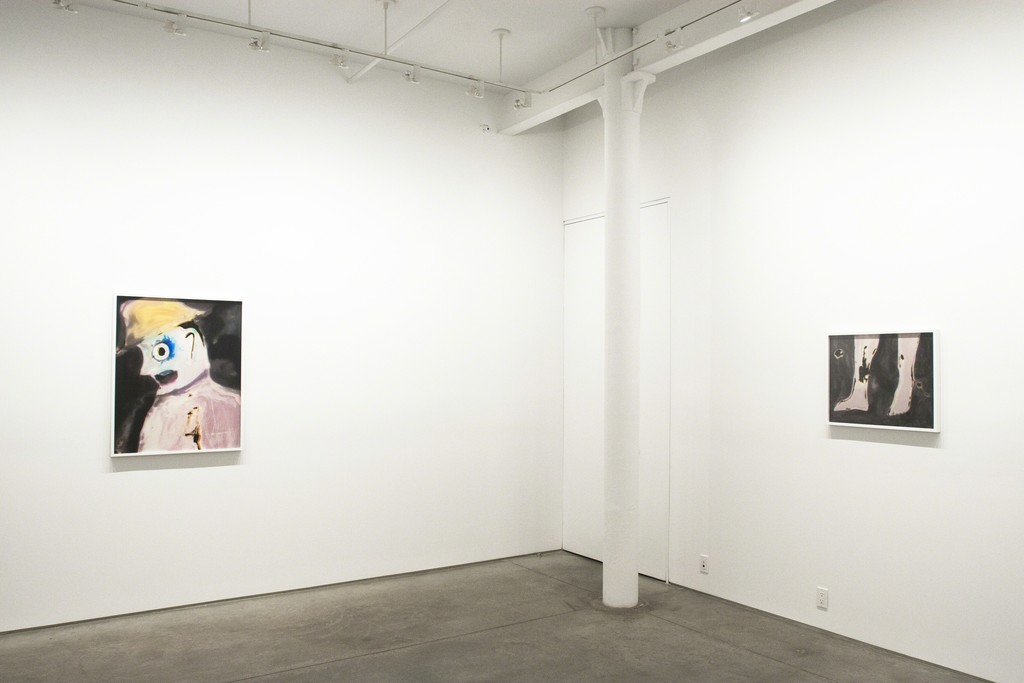 Bruce Silverstein Gallery is pleased to present Hole in the Curtain, the gallery’s second solo show of new works by Brea Souders. The exhibition is comprised of portraits and abstract compositions that further Souders’ interest in fragmented narratives, the inchoate versus the fully formed, and the uncontrollable nature of time. Distinct from the symbolic portraits comprising her Counterforms series, in this new work Souders taps into the burlesque of humanity, depicting characters that blur the line between biographical and fictive.

Souders creates her latest works with bleach, photographic chemistry and watercolors using unexposed film emulsion as a substrate. Souders writes, “I approach the emulsion as a vulnerable skin, subject to constant transformation. I was drawn to work with it because of this changeable quality.” Consistent with her earlier project, Film Electric, these images record a fleeting materiality. The bleach and chemistry rapidly degrade the film, and are thus a purposeful incubator of chance occurrences--fissures in emulsion, selective lightening, bored holes, color shifts, and breached borders.

While in process, Souders’ works exist in a state of timed decline that serves as a metaphor for the nature of both our physical bodies and our memories of people and events. At a moment when artists are grappling with our surrender to a digital world, Souders turns her attention to a fundamental aspect of the human experience: how we connect as individuals. Souders’ portraits demonstrate a humorously expressive quality, yet, as with her earlier work, a certain weight is felt in the dark spaces, the various rents in the emulsion that open up to what looks like a wide starry sky.

A recent recipient of a Pollock-Krasner Grant, Souders (b.1978) studied art at the University of Maryland, Baltimore County. Brea Souders has been exhibited in galleries and festivals internationally, including Abrons Arts Center, the Camera Club of New York and the Center for Photography at Woodstock in New York, as well as the Hyères International Festival of Photography & Fashion, France, the Singapore International Photography Festival and the Peel Art Gallery, Museum and Archives. She has received a Jean and Louis Dreyfus Foundation fellowship at the Millay Colony of the Arts and Women in Photography/LTI-Lightside Kodak materials grant. Souders’ work has been featured in New York Magazine, Vice, Artnews, and Creative Review.