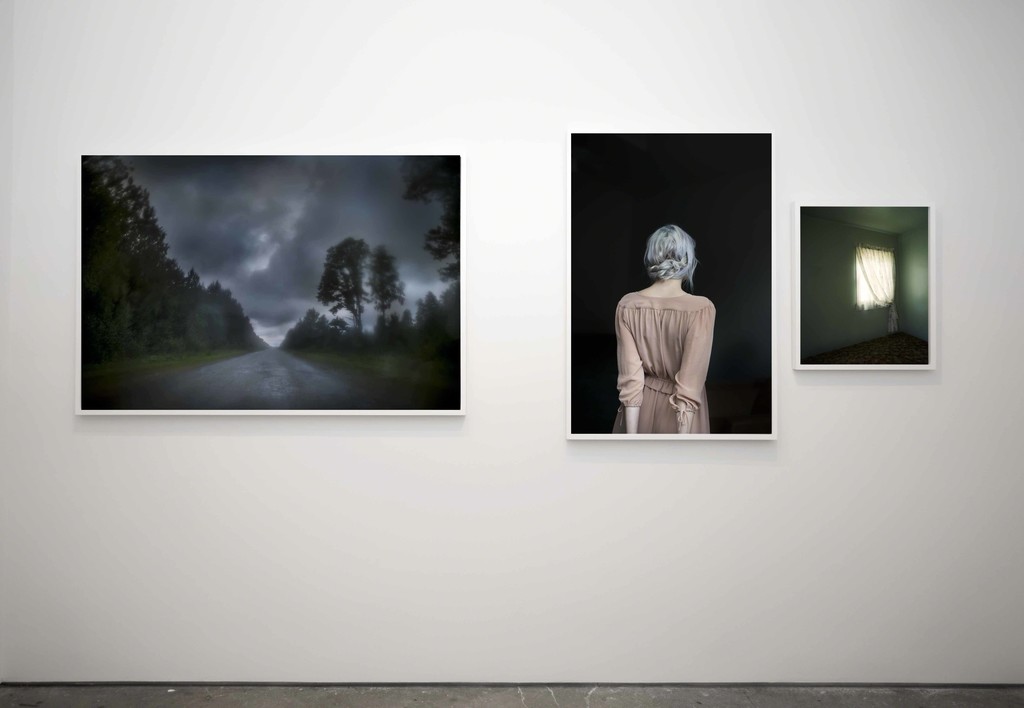 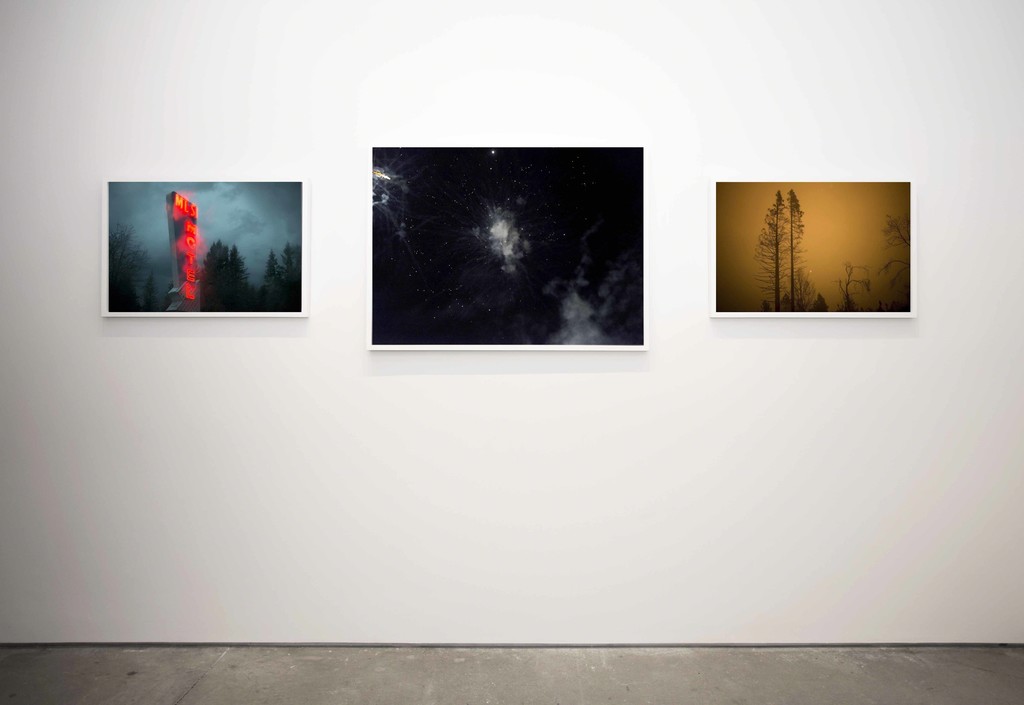 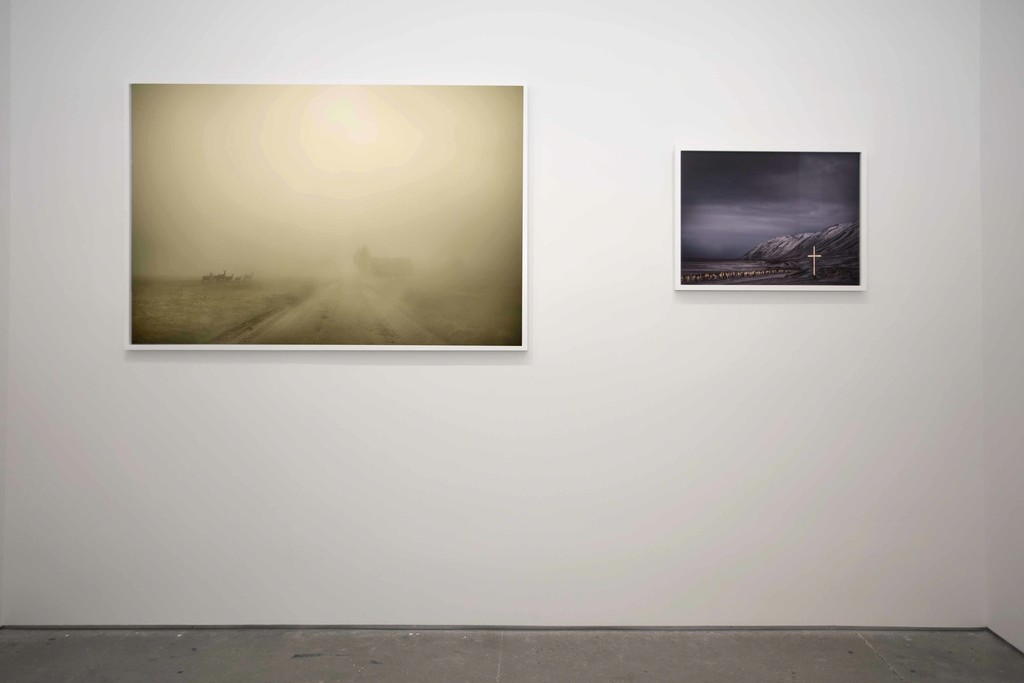 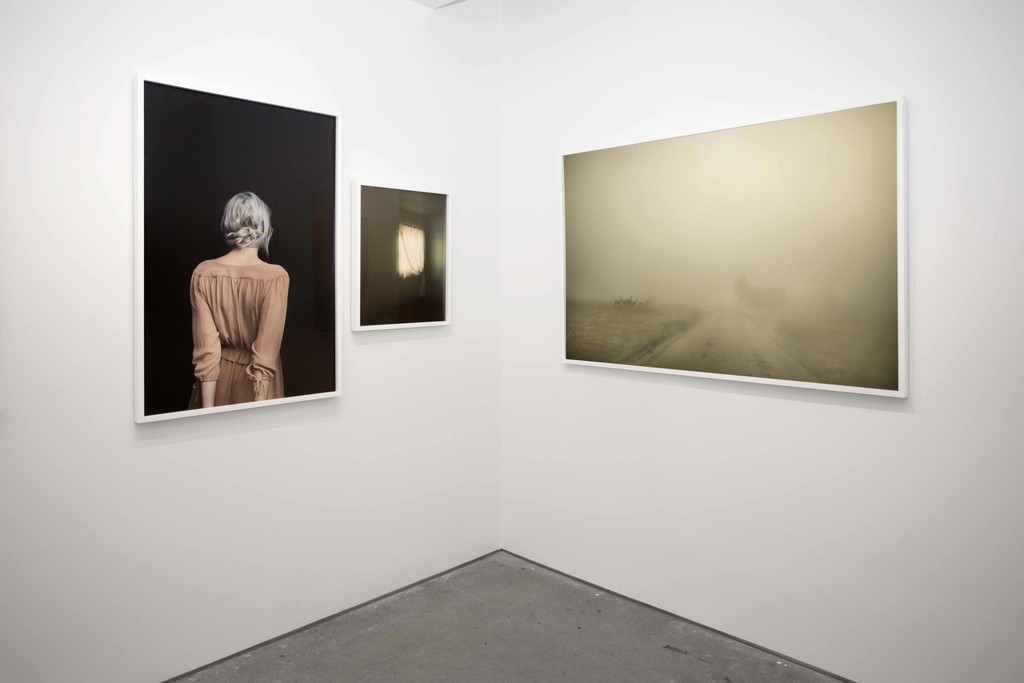 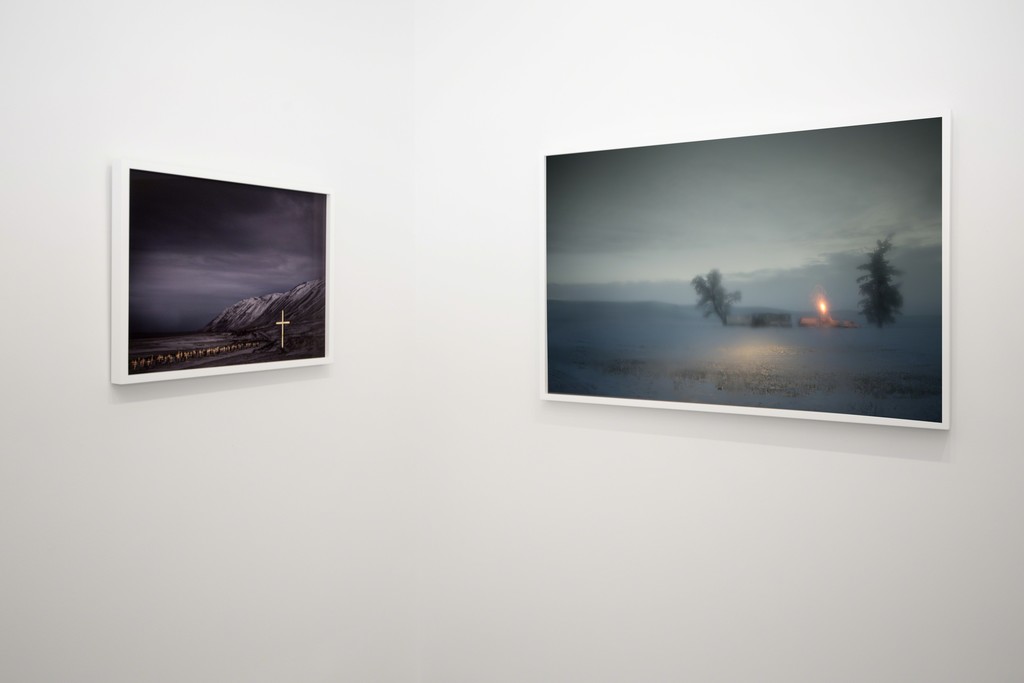 Bruce Silverstein Gallery is pleased to present its fourth solo exhibition featuring the work of Todd Hido, in conjunction with the publication of his newest monograph, Bright Black World. The exhibition will be comprised of 17 of the artist’s newest photographs, most of which have never been previously exhibited.

For nearly three decades, Hido has crafted narratives through loose and mysterious suburban scenes, desolate landscapes, and stylized portraits. He has traversed North America capturing places that feel at once familiar and unknown; welcoming and unsettling. Nordic mythology and specifically the idea of Fimbulwinter, which literally translates to ‘the great winter’, influenced many of Hido’s new images, which allude to and provide form for this notion of an apocalyptic, never-ending tundra.

Exploring the dark topography of the Northern European landscape enchanted Hido, calling him back on several occasions. This newest publication highlights the artist’s first significant foray extensively photographing territory outside of the United States, chronicling a decidedly new psychological geography.

The narrative shift from the personal to the political-environmental is palpable in Hido’s new work. Iceland, formed by lava fields, mountains, and glaciers, transports viewers to a seemingly other world -- a natural world that is on the precipice of ruin. This world is imbued with hidden memories and mythologies that serve as cautionary tales – volcanic eruptions, clairvoyant predictions – Old Norse lore warning of future natural disasters. Images of lifeless roads approaching horizons evoke a sense of abandonment where once (perhaps) thriving communities are reduced to skidding tire tracks in drifting snow over a black sand beach, and formerly lush forests are dwindled to twisted embers. In the midst of this melancholia is a singular portrait of a woman, seen from behind; a metaphor for the human race turning its back on nature, or a Greek chorus and beacon of hope?

The terrain explored in this new body of work ties beauty tightly to destruction, a necessary dichotomy often found in nature. These images leave the viewer with what Rebecca Solnit describes as “an aesthetic sense that partially redeems the losses time brings and finds beauty in the faraway”.1 Representing this duality within deeply immersive photographic imagery is the fulcrum of Hido’s practice.

Todd Hido’s photographs have been the subject of solo exhibitions at the Cleveland Museum of Art, the Kemper Museum of Contemporary Art, Kansas City, and most recently at the Musée des Beaux-Arts, Le Locle, Switzerland. Other major institutions that have exhibited Hido’s work include the Carnegie Museum of Art, Pittsburgh, Pennsylvania; Corcoran Gallery of Art, Washignton D.C.; Museum of Contemporary Photography, Chicago; Miami Art Museum, Florida; Netherland Architecture Institute, Rotterdam; Palazzo Ducale, Genova, Italy; Samsung Museum of Modern Art in Korea; and the San Francisco Museum of Modern Art. His work is currently on view in the 49th edition of Les Recontres d’Arles, France.

Work by Hido is held in public and private collections including the Guggenheim Museum, New York; Los Angeles County Museum of Art; San Francisco Museum of Modern Art; the Whitney Museum of American Art, New York; the Art Institute of Chicago; Berkeley Art Museum, Berkeley, California; the Museum of Contemporary Art, Chicago; and the Cleveland Museum of Art. Hido currently lives and works in the San Francisco Bay Area. Bright Black World, the artist’s seventh publication to date, will be released by Nazraeli Press in the fall of 2018.