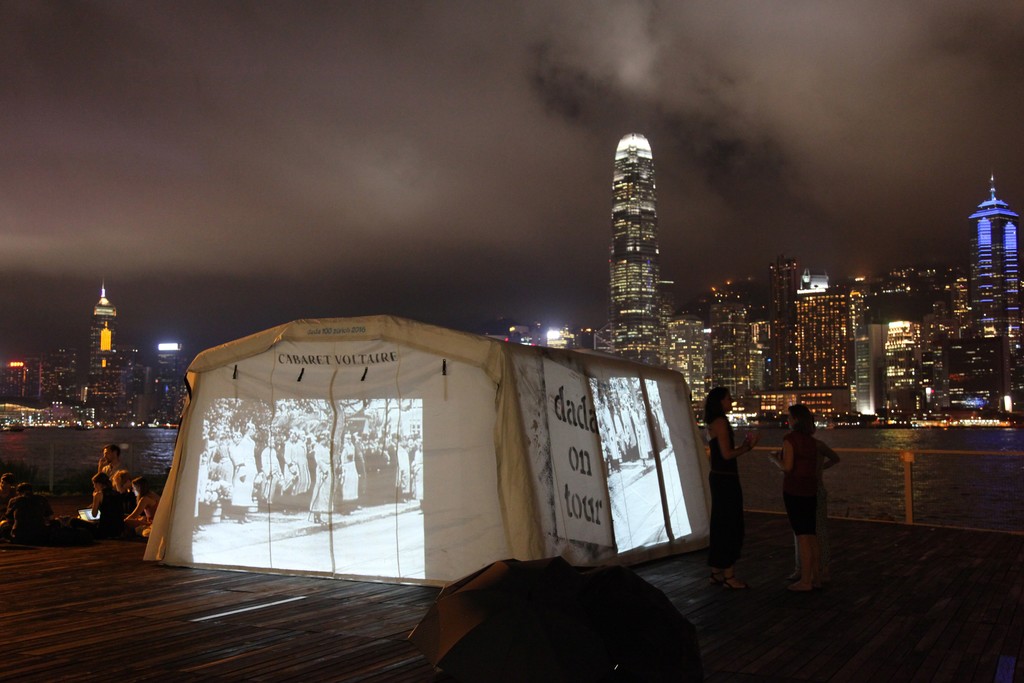 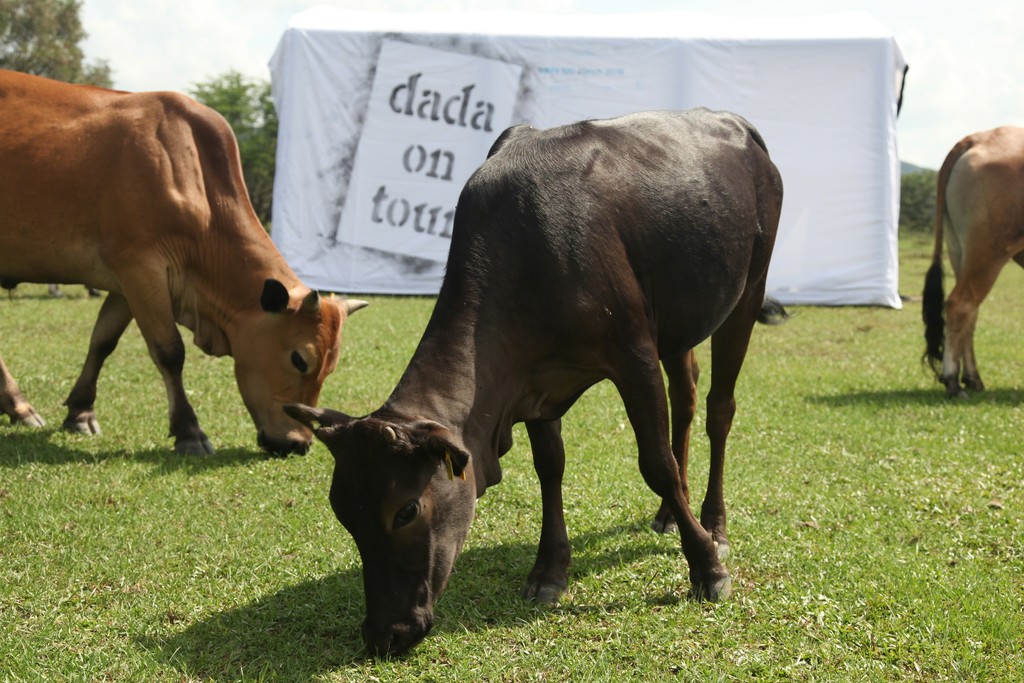 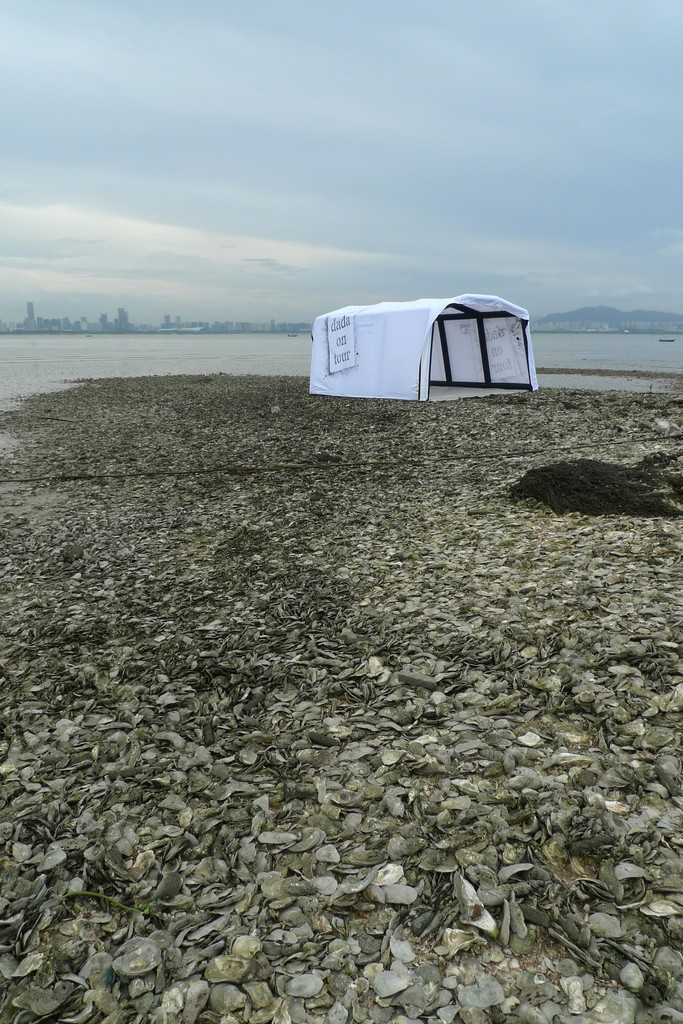 In cooperation with the «Dada 100 2016 Zurich» jubilee association, the exhibition «Dada in Nuce» in the crypt of Cabaret Voltaire was made mobile as a blow-up rescue tent «Dada on Tour» and sent on a world tour. «Dada on Tour» was already among others in Rio de Janeiro, New York and Hong Kong. By entering a “nomadic” tent the visitors get the chance to discover the visions and actions of 165 Dadaists: Jean Arp, Hugo Ball, Marcel Janco, André Breton, Marcel Duchamp, Baroness Elsa von Freytag-Loringhoven, Francis Picabia, Sophie Taeuber-Arp and Tristan Tzara, among others. The multimedia installation features the «Starry Heaven of Dada», mapping the journey of this international art movement from 1916 to 1923. The film «Dada in Nuce» explains in 27 minutes Dada in a nutshell.

The aim of «Dada on Tour» is to find friends and experts of Dada scattered all across the globe, to learn and discover more about Dada and all its different interpretations, to trigger new contemporary Dada researches and be surpirsed by them. We are glad that «Dada on Tour» meets Singapore and hope to enlighten the Singaporean public about Dada!

In the framework of «Dada on Tour» in Singapore Bruno Art Group present rare artworks by Marcel Janco from his late artistic period. Together with Arp, Tzara, Richard Huelsenbeck, Hugo Ball, and Ball's wife Emmy Hennings, Janco participated in the opening of the famous Cabaret Voltaire in Zürich on February 5, 1916. He had his first show there that same year. A year later, Janco exhibited at the first Dada show in Zürich at the Dada gallery together with Arp, Giorgio de Chirico, Paul Klee, and Tzara. Today Marcel Janco is considered to be one of the most important representatives of the Dada movement.