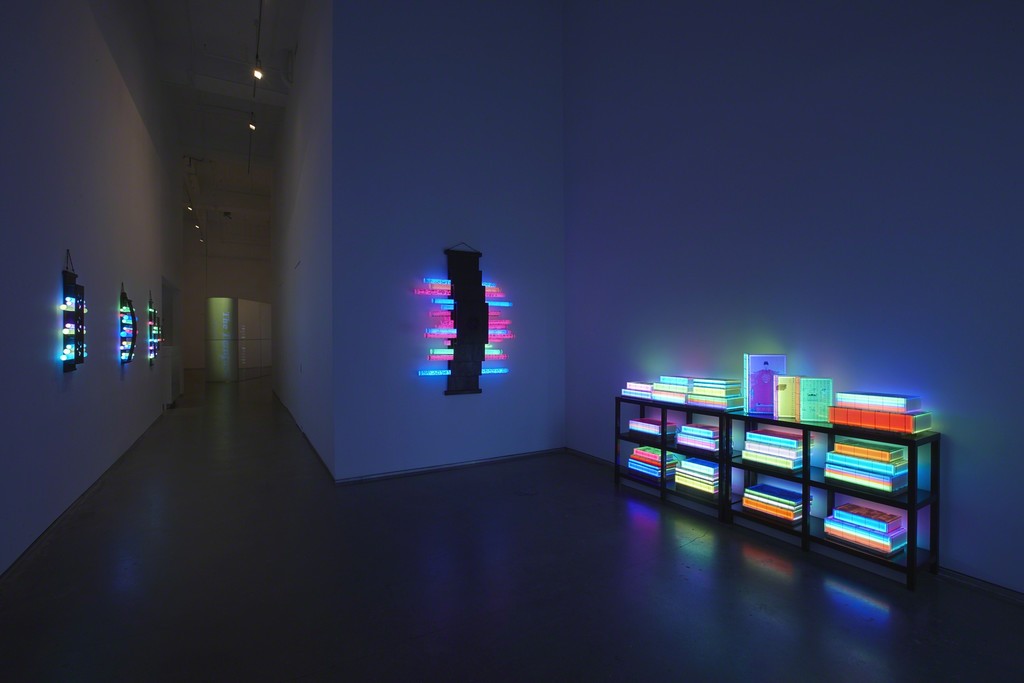 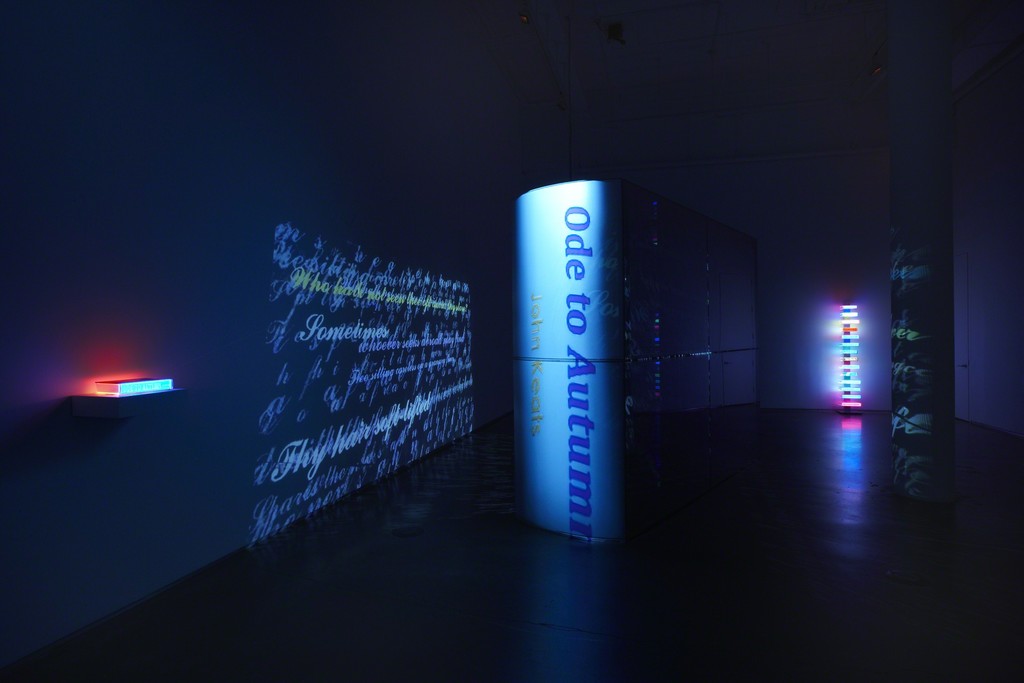 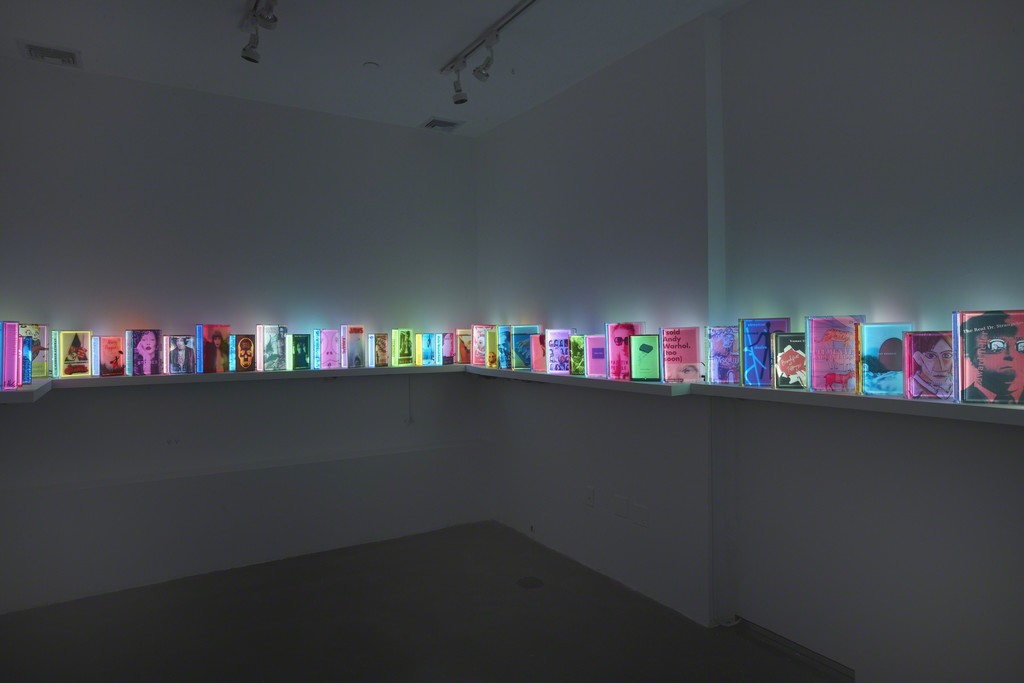 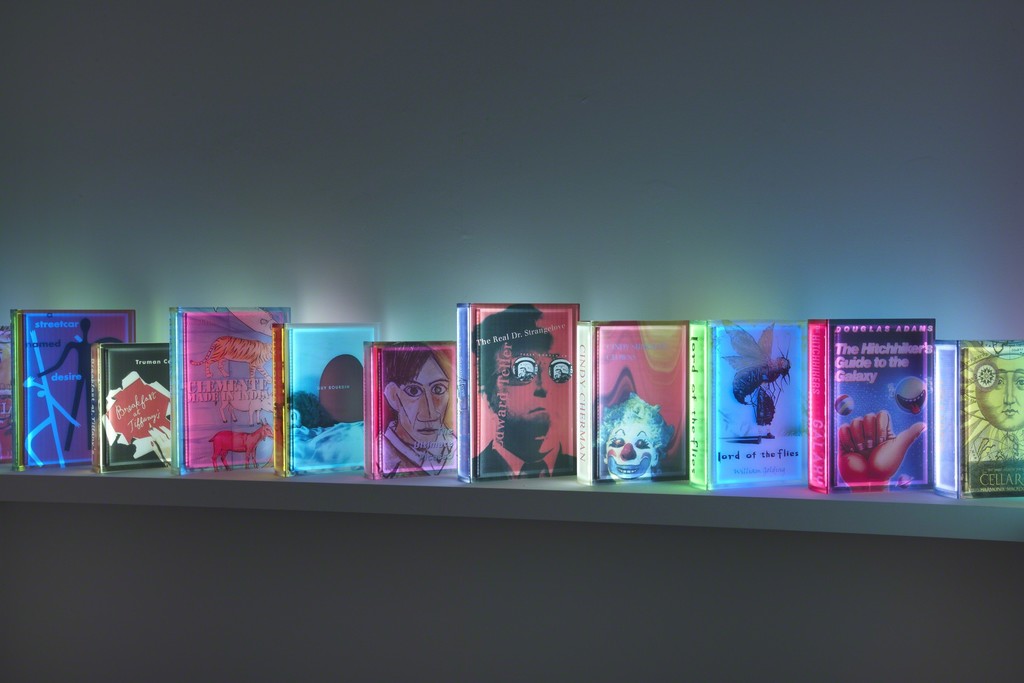 Bryce Wolkowitz Gallery is pleased to present The Luminous Poem, a recent body of work by Airan Kang and her third exhibition with the gallery.

The book - its boundless possibilities and its cultural significance - is central to the work of Korean artist Airan Kang. In her new exhibition, Kang opens up the idea of the book from a concrete, self-contained object into a virtual space for the imagination. The Luminous Poem, the central interactive installation, features texts from classical poetry that project across the surface of a massive mirrored book that the viewer can enter. The texts are poems from the Romantic canon of Western literature. Kang's immersive installation situates book and text as an interactive experience, an unfinished work entered into and transformed by the reader or viewer's imagination or memory.

Kang has also created a new iteration of her Digital Lighting Book series in the form of Asian scrolls. The pages of the transparent cast-resin books have been replaced with light, that multivalent symbol of wisdom, knowledge and enlightenment. By upending the idea of the book as a familiar object, she encourages more free-floating associations with the book and its subject matter.