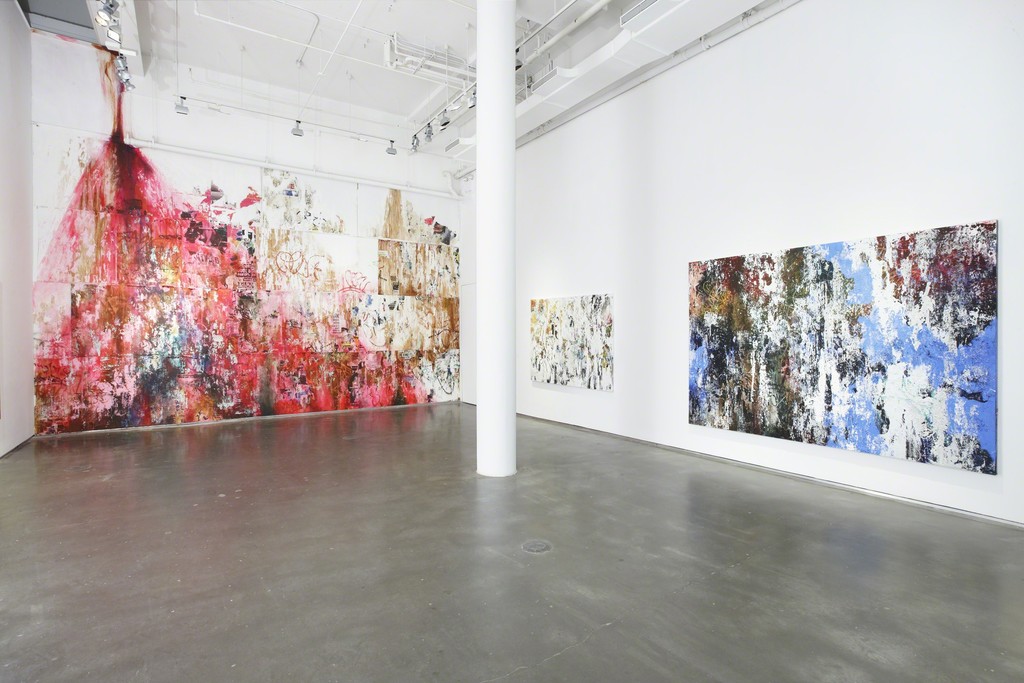 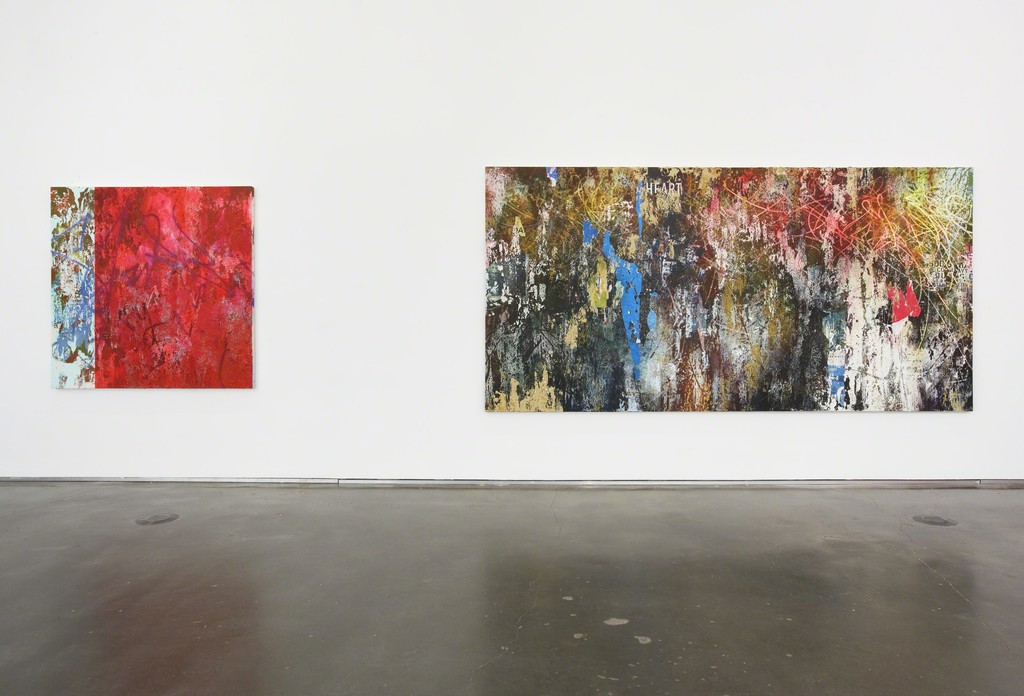 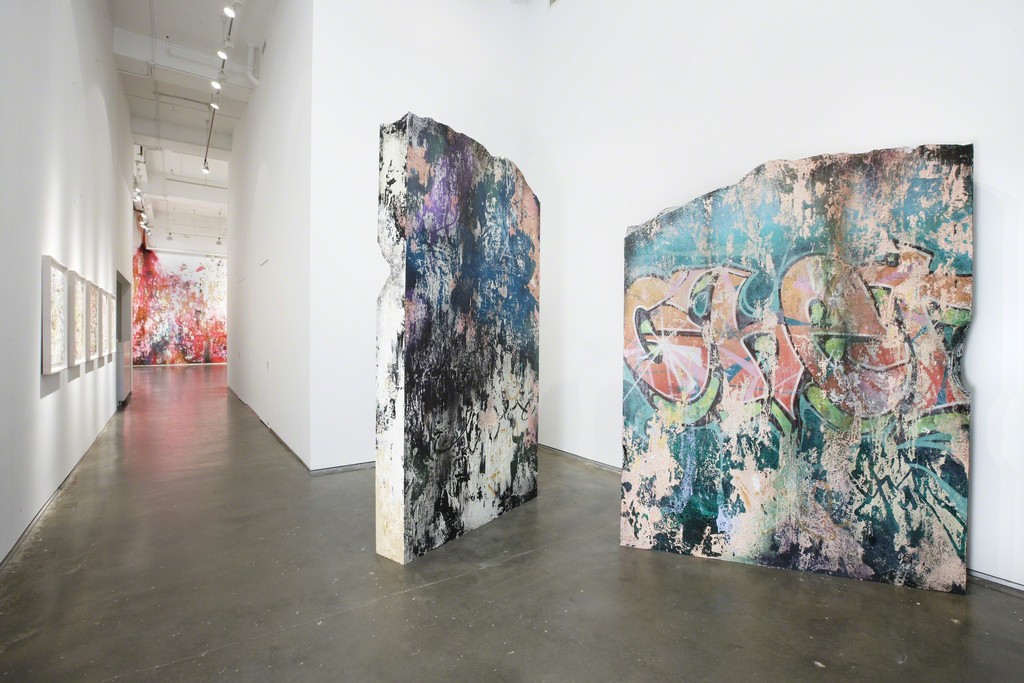 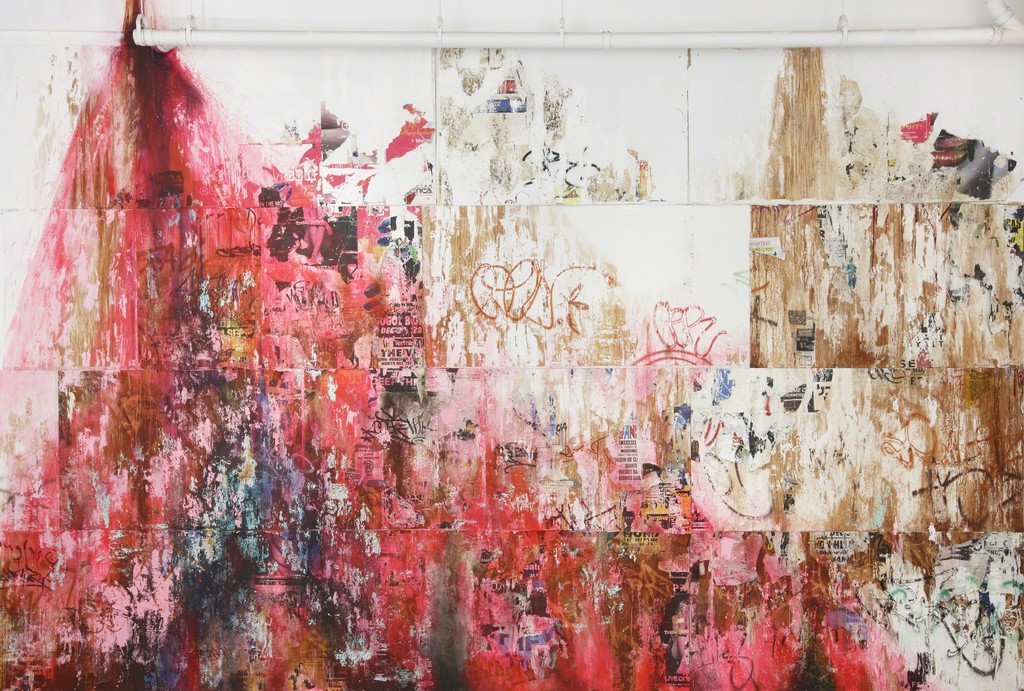 Bryce Wolkowitz Gallery is pleased to announce In Medias Res, the second solo exhibition of Brooklyn based artist José Parlá. The exhibition will feature new paintings, sculptures and a large-scale mural installation.

IN MEDIAS RES is a chronicle of Parlá's life, beginning with his childhood and including his extensive travels around the world. Through choreographed, painterly works, the artist creates impressions of life-altering moments that have impacted his art making process.

The artist's distinctive method of conceptual and abstract storytelling unfolds and insists on its own vivid layers. The material densities of the works infuse the imagery with a sense of visual narration. Parlá's paintings exist somewhere between transcription and revelation – the accumulation of words, signs and markings evolve into a complex and unpredictable symphony. Time is very much at stake, and each image is an effort to demarcate the passing of time.

In conjunction with the exhibition, Damiani will publish a new monograph, IN MEDIAS RES, with essays by Dieter Buchart, Lara Pan, and Bryce Wolkowitz. The volume is the artist's most comprehensive survey to date, spanning the artist's earliest sketchbooks to his current international projects and exhibitions.

José Parlá (1973) lives and works in Brooklyn, New York. He exhibits internationally, most recently, as part of the Istanbul74' Arts & Culture Festival in Turkey. Parlá has completed major commissions including the 2012 Diary of Brooklyn, a large-scale, site-specific painting for the Barclays Center and Gesture Performing Dance, Dance Performing Gesture, a permanent mural for the Brooklyn Academy of Music's BAM Fisher building. José has also been commissioned by André Balazs for a mural painting at the Chiltern Firehouse in London as well as by the architectural firm SNØHETTA for a mural at the James B. Hunt Jr. Library at North Carolina State University entitled: Nature of Language. In 2012, Parlá collaborated with French artist JR and exhibited Wrinkles of the City – Havana, Cuba at the 11th Havana Biennial. A documentary directed by JR and Parlá, with the same title, was awarded the Grand Prize for Documentary Short and Best U.S. Premiere Documentary Short in 2013 at the Heartland Film Festival, Indianapolis, IN. In 2015, Parlá will participate in an exhibition at the High Museum in Atlanta, Georgia.

Parlá's work is in the permanent collections of the Albright-Knox Art Gallery in Buffalo, New York; The British Museum, London; and the POLA Museum of Art in Hakone, Japan.