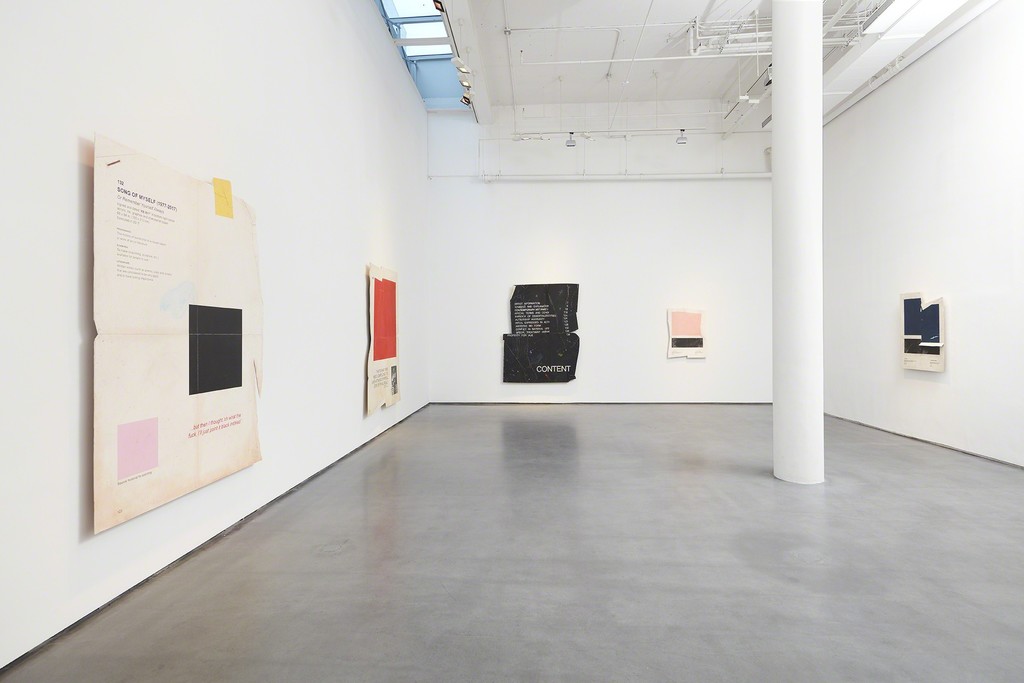 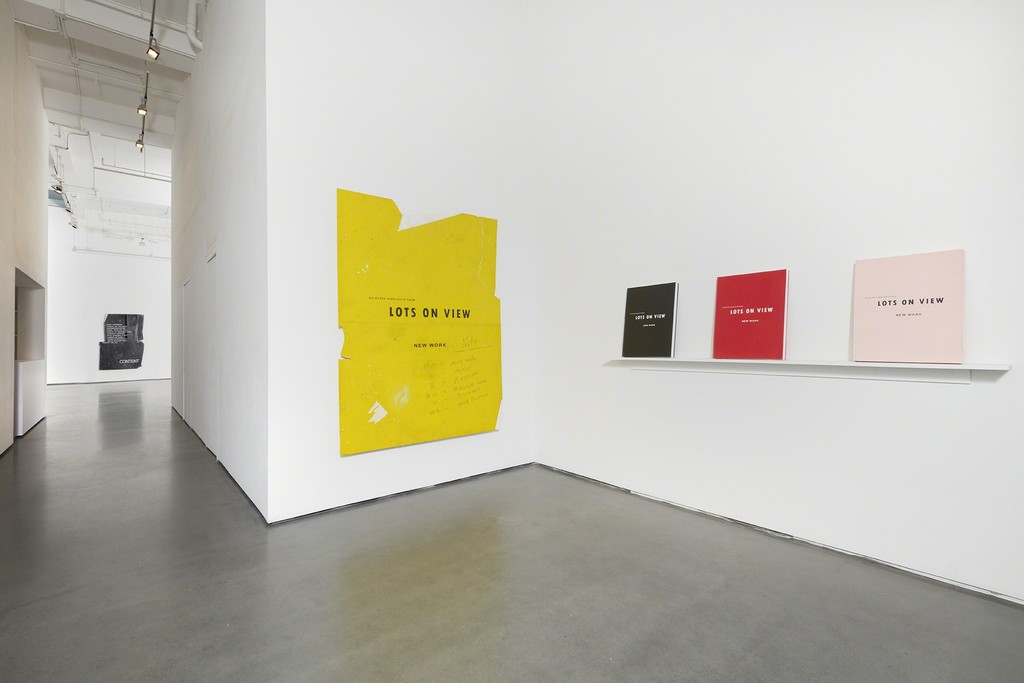 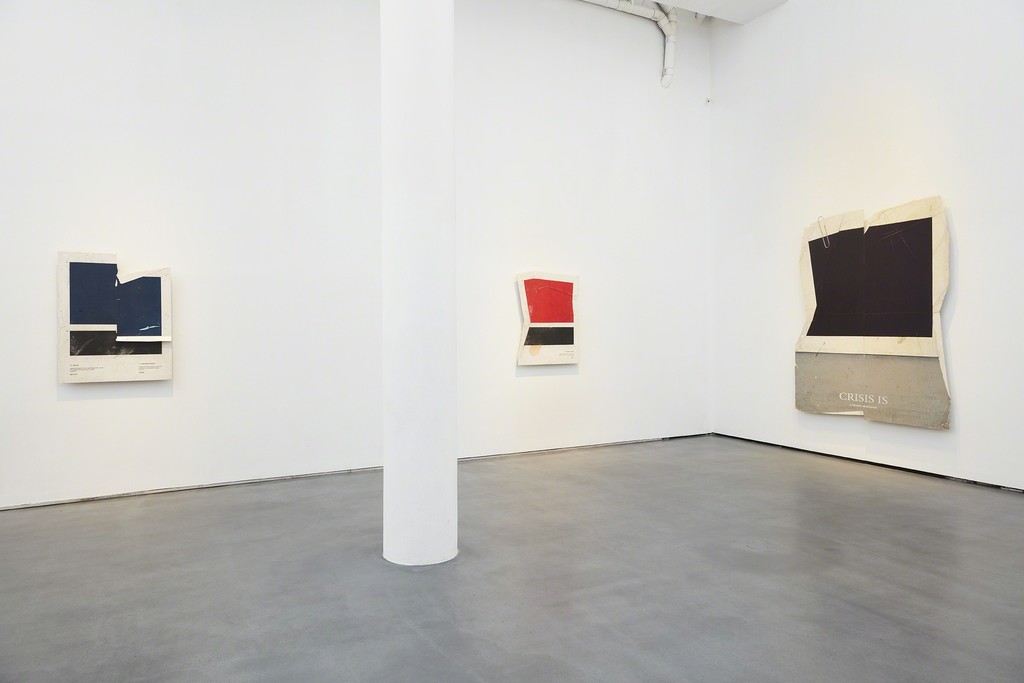 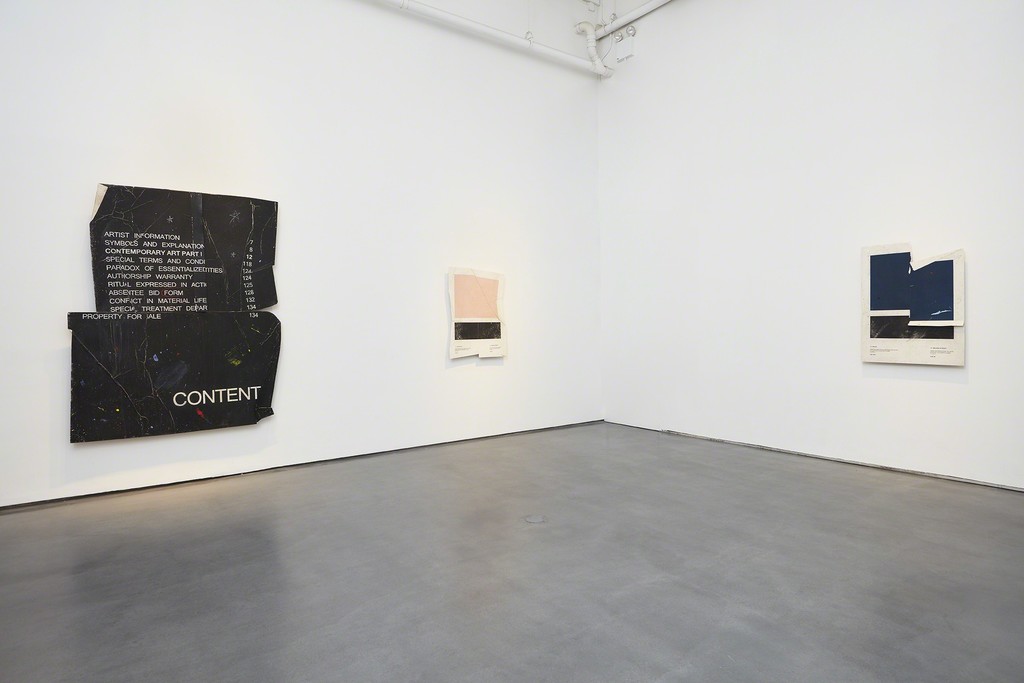 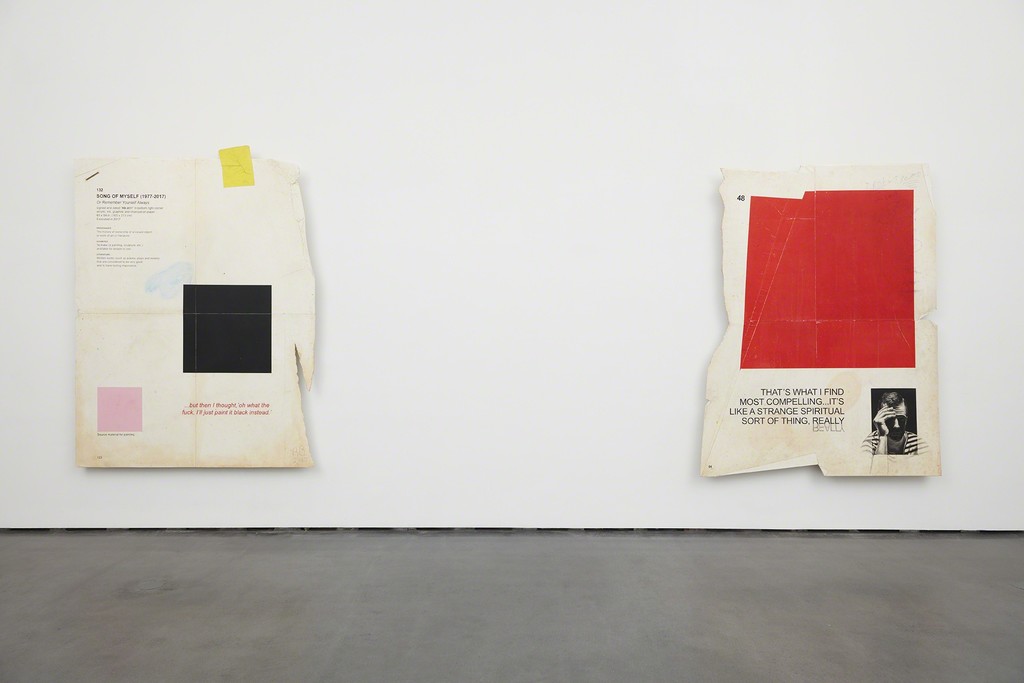 The cycle of drawings in this exhibition contends that the meaning of a work of art is inextricably bound to the context by which it is presented. The implied neutrality of the gallery, its latent societal and economic functions are interrogated, exposed, and absorbed into the drawings themselves. The form of pages from an enlarged art catalogue offer an analogy to support the overarching theme of hyper-reflection, where all points of reference loop, feedback, and spiral inwards towards an indefinite center.

Images of anonymous abstract paintings contribute to the loop by matter-of-factly describing themselves. The effect blurs the distinction between opposites: copy to original, source to residual, end to beginning. The artist emphasizes layers, like Russian dolls of representation nestled inside of representation. Expressive flourishes are slapped over the surface of metal mimicking paper, paper mimicking canvas.

There's a strong element of self-parody, satirizing the inscrutable figure of the artist. A chiaroscuro portrait is slipped in, almost as an after-thought, with a vague look of dread, the Abstract Expressionist's furrow in the brow. Pages as if tossed from a giant's catalogue, are beat up, trampled, creased, and jotted on. The disregard adds to the accompanying sense of disproportion. There's a Lewis Carrol-like feeling of having entered an alternative world of uncanny resemblance to our own.

The project wrestles with the dissolution and collapse of Modernism, fixating on the Malevichian seed of destruction tucked away at the very beginning. The meaning and meaninglessness of captions serve to both clarify and obscure the fiction. A meta-narrative builds up through the margins: notes become clues, captions become riddles, and titles are an open act of deception.

These are works that speak to the order of scraps, to all of the compositions of non-deliberately arranged beauty in the world. There's also the unresolved concern for the commerce and exchange of art making. The drawings hover somewhere between the studio, the collector's house and the auction block. They fixate on the time when an artwork begins ageing. The subsequent equalization of the aesthetics of auction catalogues to the art they purport to describe, classify and sell, questions the purpose of meaning, the meaning of purpose, the very meaning of meaning in art.

Ryan Brown lives and works in New York and Lima, Peru. Recent solo exhibitions include Variations on a Theme, Max Estrella, Madrid; Stare at the Wall, OMR, Mexico City and To Hell With It All, Let's Pray That It Lasts, Y Gallery, New York. His work is in the collection of CIFO Cisneros Fontanals Foundation, Miami; Fundacion JUMEX, Mexico City and the Zabludowicz Collection, London among others.