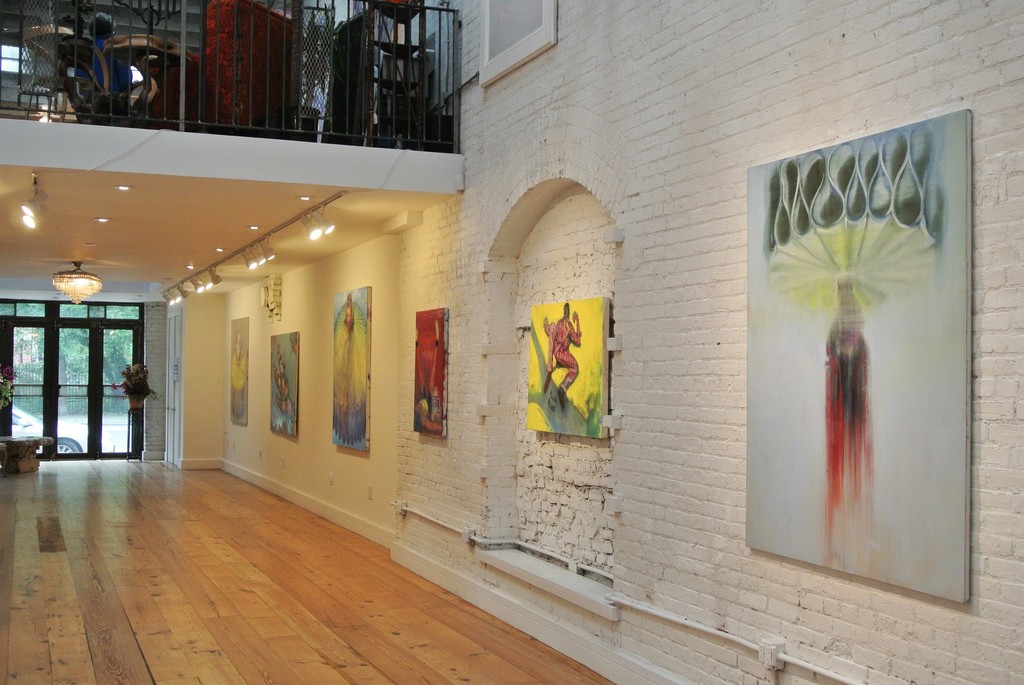 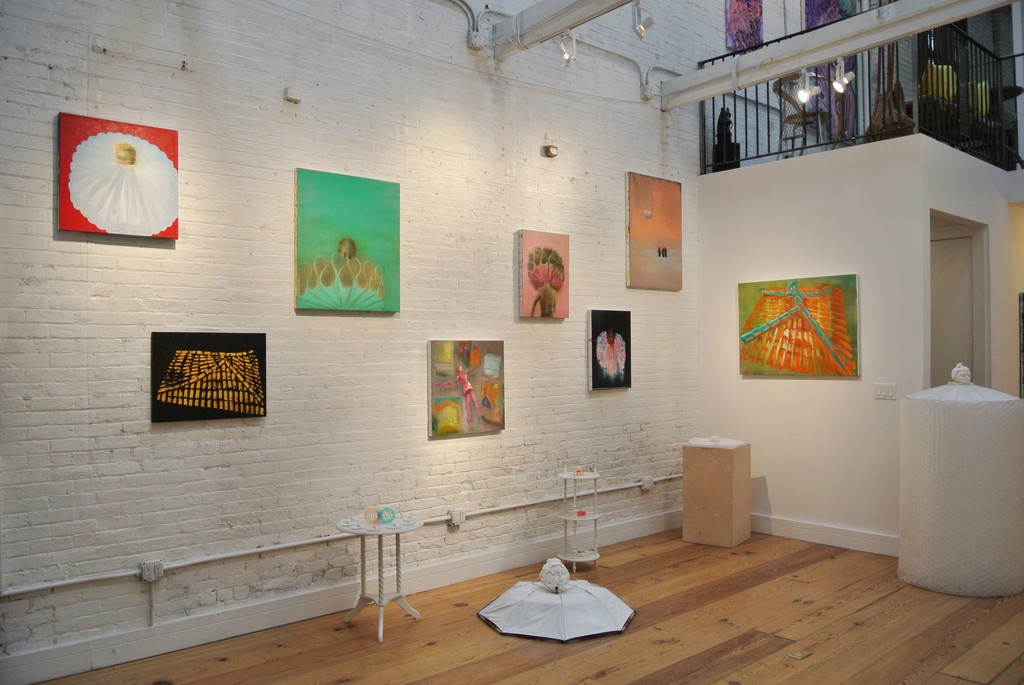 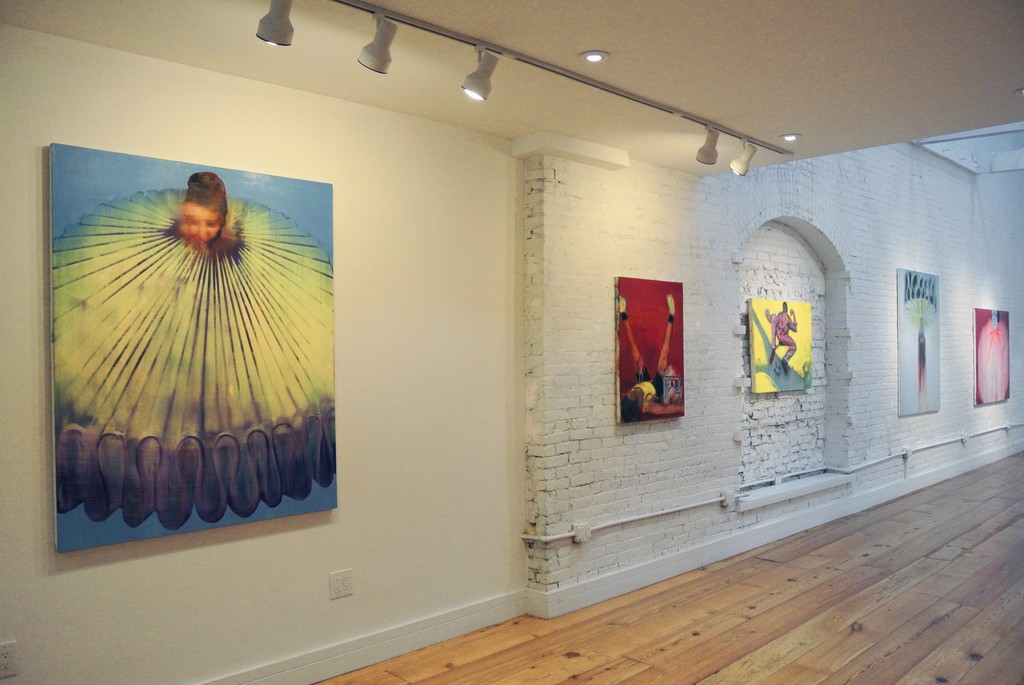 Buddy Warren Gallery is pleased to announce the arrival of Barbara Friedman’s “Decollation,” a collection of paintings that float between the charming and the jarring. Collars, roofs, and heads are evolving themes within her paintings, paintings that follow their own paths against traditional landscapes and portraiture. Friedman relies on the traditions of representation that constitute the backdrop to her subject, but at the same time she’s skeptical about them, and her stand-back attitude lets her play with the visual language of landscape and portraiture alike.

One series of Friedman’s paintings, represented here, features the Dutch ruff collar. These “Big Collar” paintings derive their inspiration from Old Master portraits, while the free play of scale and color in them move the collars into contemporary and even otherworldly dramas of body and gender.

Then two summers ago Friedman cut the collar loose and let it run free through her landscapes. During a stay in Hudson, NY, she created paintings in which the collar soared over the horse farm across the street, sometimes with a head and sometimes not, really acting out the “decollation,” or decapitation, in this show’s title.

She also recently made paintings based on a collapsed tile roof she encountered in a Greek village, off the coast of Turkey, through which Syrian refugees were walking every day en route to Europe. The tile roofs in those paintings are subjected to dislocation, distortion, and displacement that suggest the fugitive quality of cultural, political, and economic shelter.

As Friedman worked on her new paintings, her floating collars began to morph, first into a roof, then into an ungainly, earthbound Gulliver figure. She has been rethinking Swift’s tale of the out-of-place traveler while painting from still lives of little tabletop villages invaded by oversized dolls.

The artist and critic Paul D’Agostino wrote last year in After Vasari of the “gleaming whites, conflagrant oranges, sugary pinks and lustrous blues” in Friedman’s paintings; “facets of Friedman’s works [he wrote] render her parodical decapitations all the more uniquely, curiously unsettling.” He was responding to a partnership between iridescence and mordancy that Friedman manages to keep together in this body of work, romancing on the one hand and unsettling on the other – at least until one of the partners bites the other one’s head off.

Barbara Friedman has lived and worked in New York City since receiving her B.F.A. from the Rhode Island School of Design and her M.F.A. from UC Berkeley. Her work has been shown in many solo and group exhibitions, with reviews of her work appearing in the New York Times, Art in America, ARTS Magazine, The Irish Times, and elsewhere. A group of her paintings was selected for New American Paintings in the 2007 issue, another group in 2010. She is Professor of Art at Pace University.