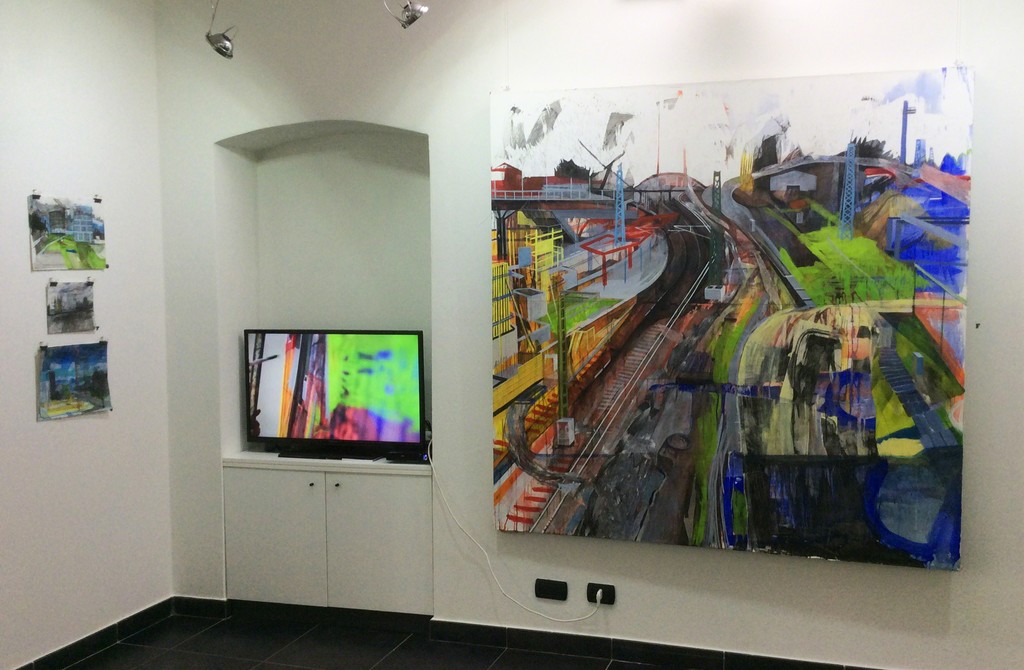 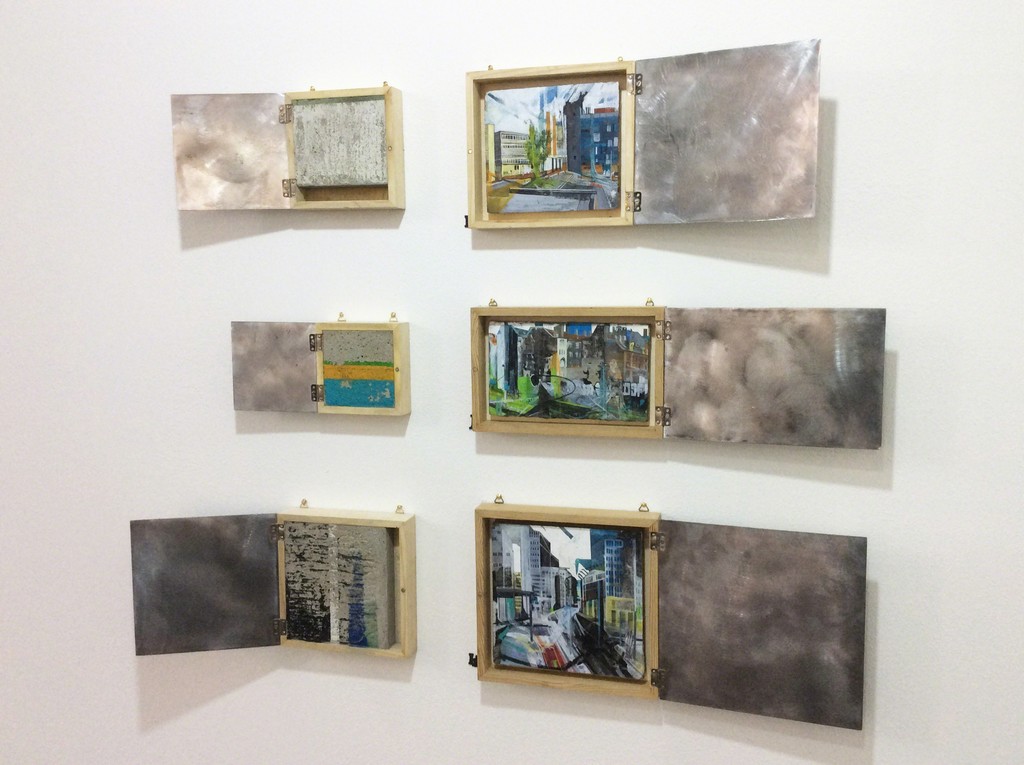 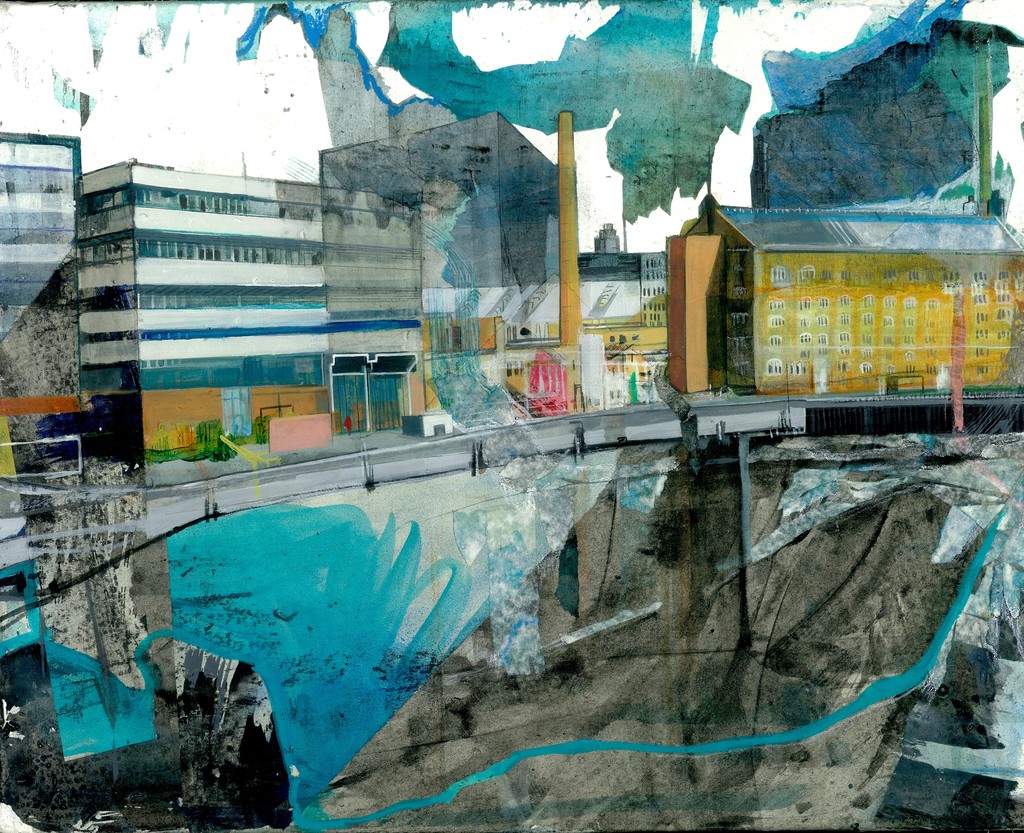 Starting on Thursday, October 29th, 2015, Burning Giraffe Art Gallery hosts the exhibition BerlinoNowhere. Metropolitan Subconscious vol. 2, second solo show by young Italian painter Anna Capolupo in the exhibition space located in Via Eusebio Bava 8/a, in the beautiful city center of Turin.
Through a collection of seventeen artworks – between powerful large sized paintings, drawings and micro-installation in which one of the urban elements depicted, concrete, leaves the canvas to become an unconventional pictorial surface –, the artist traces a journey through the urban outskirts of the German capital, portraying the spaces of the Metropolitan Subconscious: those architectonic spaces which nest in the repressed part of the consciousness of both metropolis and their inhabitants, and from which spark all impulses of change and renewal. These are, for the main part, environments abandoned to themselves, or vestiges of the industrial past of the city, which are treated without any sort of romantic transfiguration, but capturing their past functions and future possibilities, their intimate essence of architectures of transition, in a single snapshot. They are non-places: habitats which link one metropolis to the other and, in the meantime, link to one another their inhabitant’s subconsciousnesses. They are spaces of the Memory, since they trace the artist’s passage through them, in the city where she lived and that she knows intimately, and also because it’s thanks to the fallible faculty of Memory that they are reconstructed. They are non-places of the Memory, even if they are perceived as being very realistic, almost tactile – thanks to the employ of a rough kind of paper as the support of the stratifications of techniques –, they share nothing with photography, but they live off the artist’s constant tension of going beyond photography.
«Anna Capolupo – writes curator Giuseppe Savoca –, like a modern Edward Hopper, makes a “metropolitan sentiment” her own and introduces elements of crisis in the interpretation of the city; especially in its outskirts, which she qualifies in a completely different way, by overthrowing the theme of degradation, underlying the melancholic atmosphere that permeates all things and men with them. These are the places which belong to all of us, those outskirts of the soul where memories dematerialize themselves into unearthly sensations and become a common and shared feeling».
The exhibition is the second of two chapters of a pictorial research on the spaces of the Metropolitan Subconscious, the first of which was presented at Burning Giraffe Art Gallery in the Summer of 2014. Both chapters of the project are featured in the catalogue TorinoBerlinoNowhere, published by PRINP.

Education
2009 Degree in Painting at the Academy of Fine Art of Florence
2015 Master Degree in Art Therapy at A.r.c.o.t.e., Turin